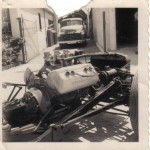 Close-Up Of Ardun-Mercury Engine In Mameco Chassis. This Is Mameco’s First Chassis Built – According to Ed Martindale of Mameco (From Collection of Bill Tritt)

This is the second in a series of articles on the Glasspar Racecar, built by Bill Tritt of Glasspar, Ted Mangels and Ed Martindale of Mameco, and Clem TeBow and Don Clark of CT Automotive.  This car was first raced by Warren Gerdes, and later by the legendary Bill Pollack.  For additional articles in this series on Bill Tritt and the Glasspar Mameco-Ardun Racecar, click on the link below.

Rick D’Louhy and I have canvassed the country looking for details on all of these wonderful fiberglass cars.  Today’s story is a result of a trip to see Bill Tritt in West Virginia and working with both Ed Martindale from Mameco and his son Marty too.

No fiberglass matt will go unturned (Rick and I say to ourselves…) when we’re in search of first-person history!

And Now…For The Story:

Back in late 1952, Bill Tritt had plans to build a racecar.  I’m sure he thought the promotion would be great – and even better – if the car was a winning car.  The genesis of this idea may have come during a December 1952 race at Torrey Pines when Dick Morgensen raced his Glasspar G2 bodied “Morgensen Special #1.”  This was the second fiberglass sports car ever known to hit the racetrack – Stirling Edwards had raced his fiberglass special in late Spring of 1952.  So…just months after the Morgensen Glasspar appeared, Tritt’s G2 racecar piloted by experienced driver and Glasspar G2 Foreman, Warren Gerdes, was ready to go. 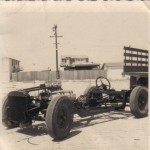 What Tritt was doing at Glasspar in Costa Mesa / Santa Ana was big news, and throughout 1952, magazines covered what was happening there at every step – both automotive and boating.  So it shouldn’t surprise anyone that famed automotive writer (and editor of Car Craft Magazine at the time) John Christy, wrote about the adventures of the Glasspar Mameco-Ardun racecar in his “Wheelspin” newspaper column at the Los Angeles Examiner at least two times.  We covered one of his articles about this car in a previous story, so be sure to check it out for additional detail.

Bill Tritt’s race car was big news, and it debuted on the weekend of April 18th-19th, at the Pebble Beach Raceway with Warren Gerdes at the helm.  Today’s story is on John Cristy’s article concerning this racecar, and its focus is on the building and development of the famed Ardun-Mercury Ford Flathead engine.

So of course here at Forgotten Fiberglass….we’ll share each and every word written back then with you.  The exact date of the article isn’t known (the date was cut off of the newspaper article – darn!), but it would have most likely appeared in the Spring of 1953.

Here it is gang….have at it and enjoy!

This may not amaze some of the folks who have an exaggerated opinion of the horsepower developed by various and sundry competition engines, but those who know just what these engines do develop will or should be impressed.

We have mentioned Ed Martindale and Ted Mangels before in connection with the Mameco-Glasspar road racing machine.  What we haven’t mentioned is just why this car goes like it does.  The secret of success in this case is an Ardun Mercury engine that seems to have taken one of those mail order muscles courses somewhere along the line. 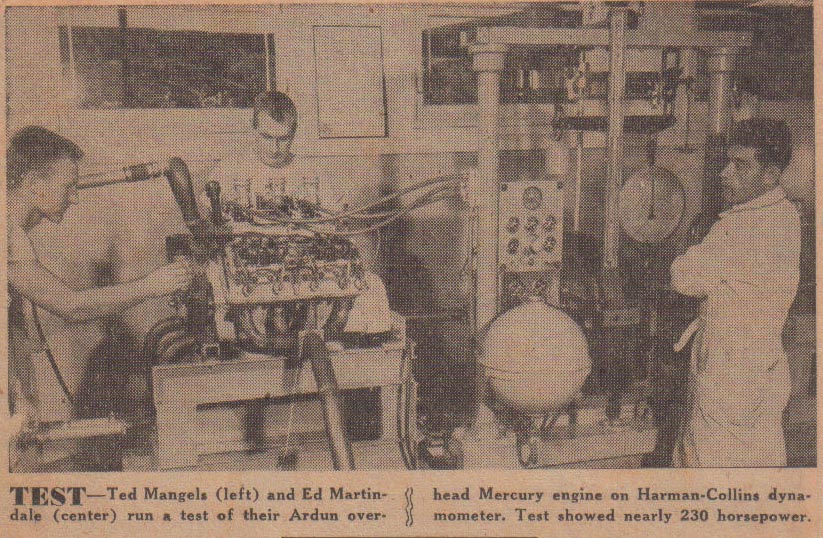 This piece of equipment follows the pattern of the CT Automotive Mercury, but it is a little bigger inside, totalling about 284 cubic inches.  A 184 inch Mercury, well souped, and running on hot fuel should kick up about 200 to 215 horses.

The Mameco engine, in tests on the Harman-Collins dynamometer, has turned up a shade under 230 horsepower running on good old common-garden 91 octane gasoline!  These are honest to goodness figures, too.  Not something dreamed up by putting together a bunch of mathematical symbols and projected through a lot of optimistic wordage. 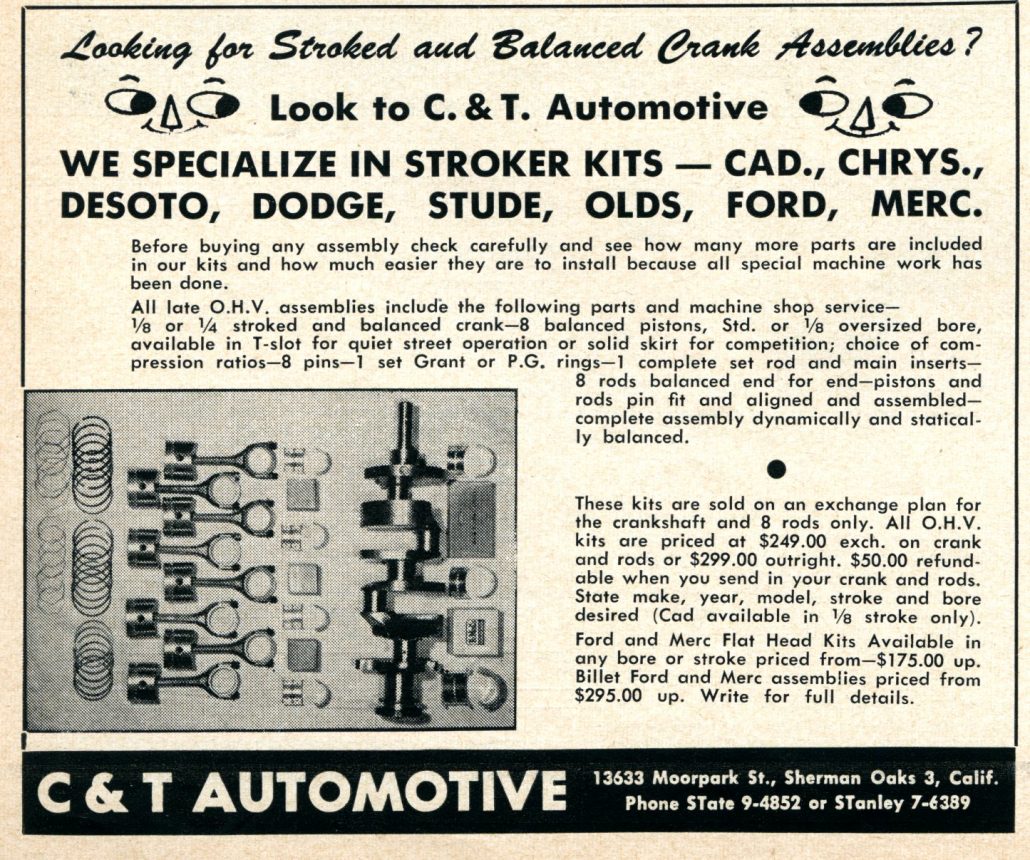 When the boys start developing this kind of power on gasoline, the day of the hot fuels and nitrated alcohols is through.  And just between you and us, we think it’s wonderful. 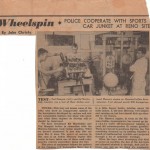 Close-Up Of Ardun-Mercury Engine In Mameco Chassis. This Is Mameco’s First Chassis Built – According to Ed Martindale of Mameco (From Collection of Bill Tritt) 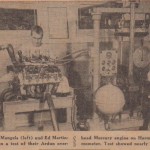 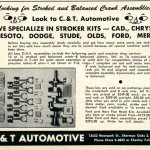 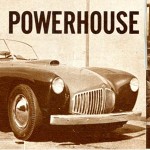