I first met Stan when he bought a Wildfire from me in 2008 via eBay.  A few years earlier I had bought a Wildfire or two from Frank Cornell.  Each had some history, but both were in pieces.  I put one of these together with the original paperwork and learned a bit about it’s history too.  It had been built by Bert Newport and his brother.  The Newports had built a few Wildfires to drive and sell and the history that came with the car lined up with this heritage.

Click Here To Learn More About Bert Newport and His Wildfires

The frame that the Wildfire came with was hand built and interesting, but Stan wanted better handling.  And then something happened – we found a Wildfire frame for sale that was never used for a Wildfire.  It had been purchased for a hot rod or custom build.  Cool history and the perfect fit for Stan’s newly acquired Wildfire.  And then Stan went to work.

Below are photos of Stan and his Wildfire progressing from the purchase to the debut at the 2011 Milwaukee Masterpiece Concours d’Elegance.  From purchase to finish just 3 years on the mark.  Impressive!  Stan did exceptional work at each stage and created one of my favorite restored Woodill Wildfires of all time.  Let’s check out some photos. 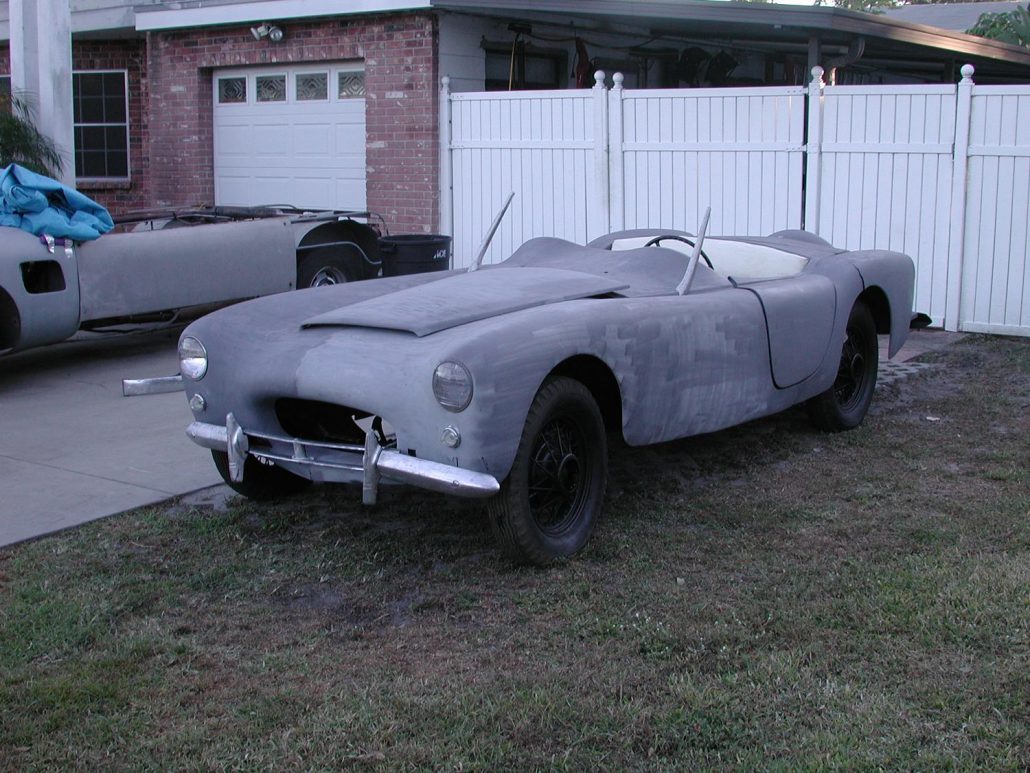 Stan Fowler bravely took on the Wildfire Project in 2008. It had good bones but it needed a complete restoration. 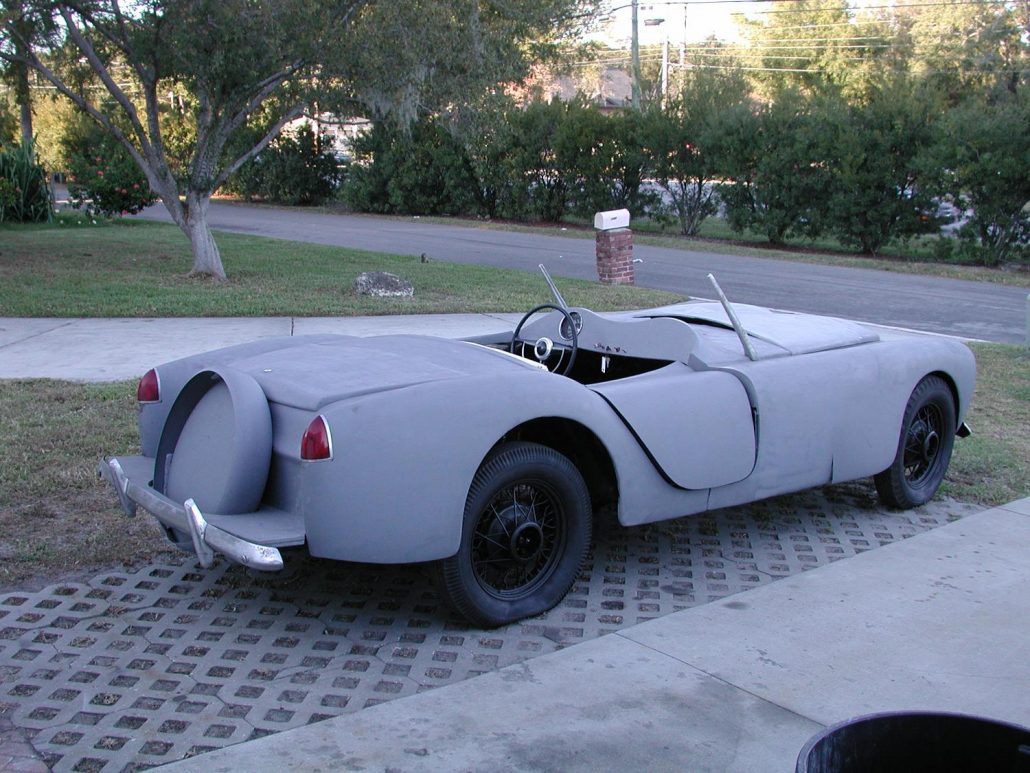 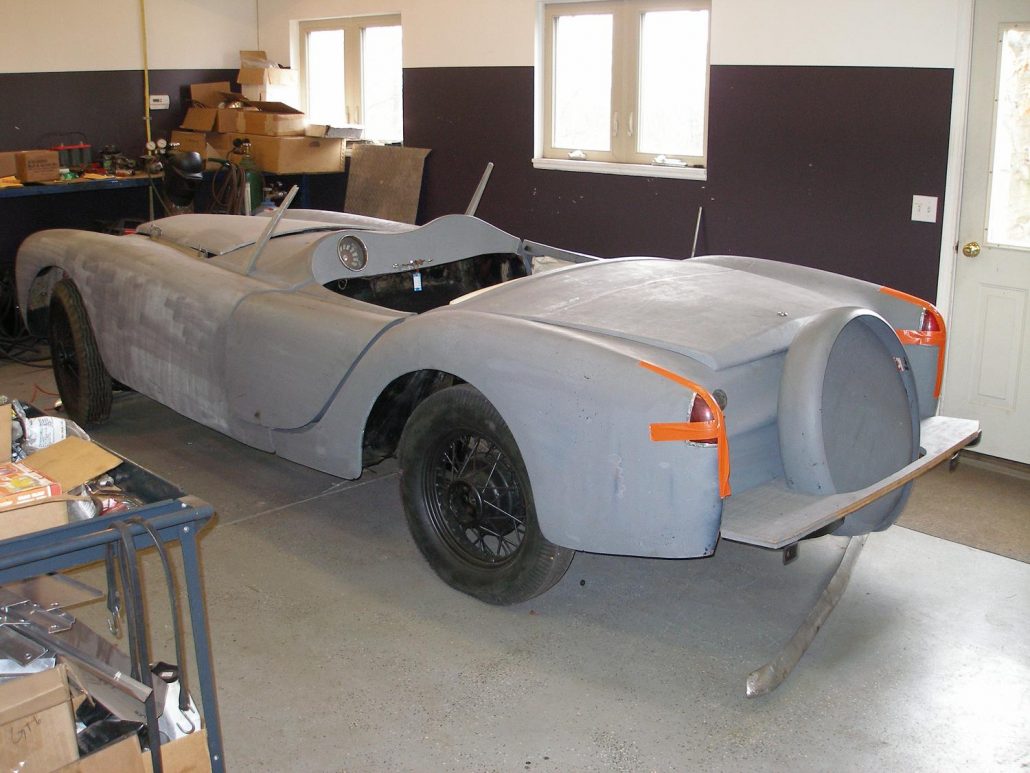 Safely back in Stan’s home in Fenton, Michigan. 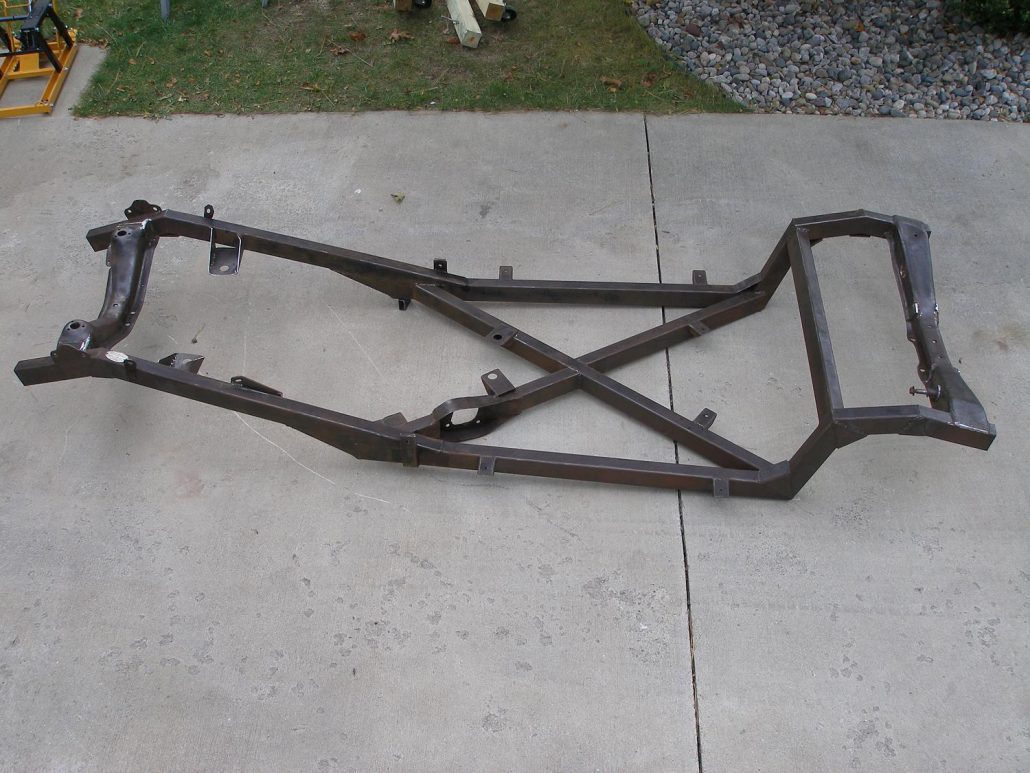 The Wildfire frame acquired and cleaned – ready to start strengthening, fixing and assembling. 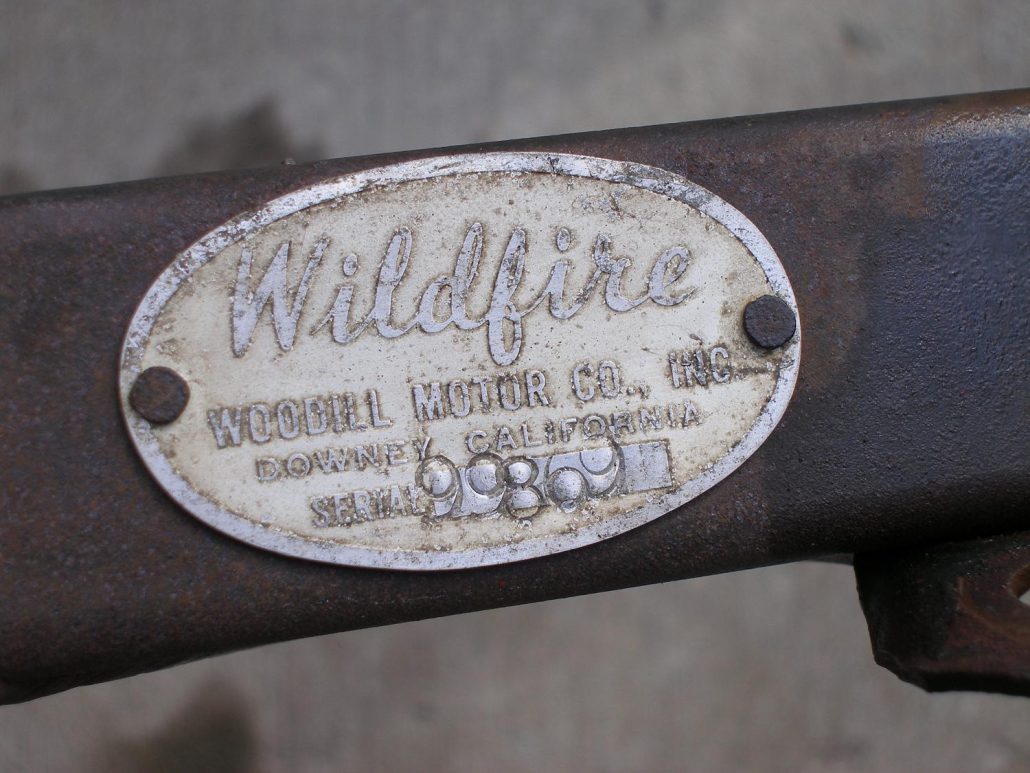 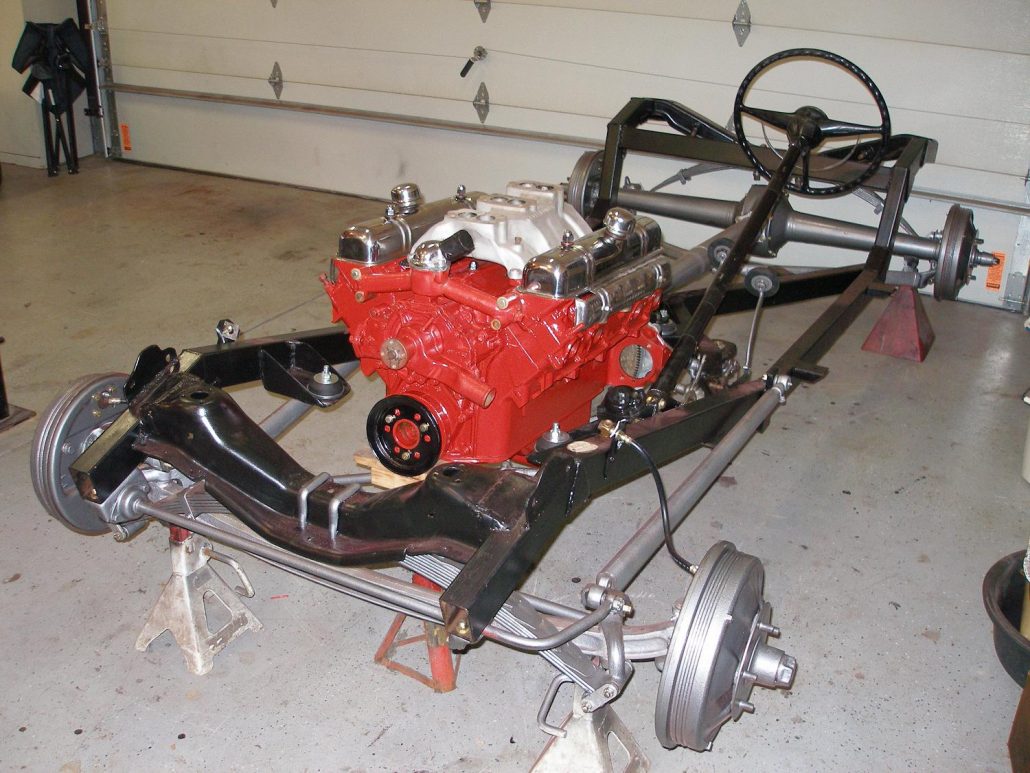 Stan considered several engines but finally settled on a great choice – a Buick Nailhead. What a great engine choice Stan! 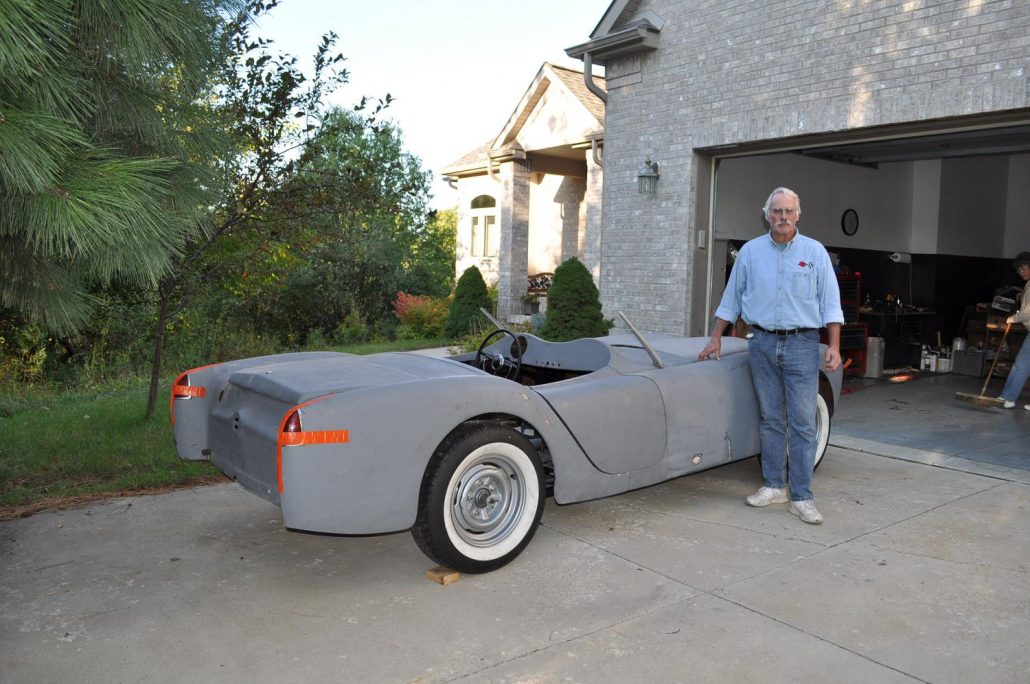 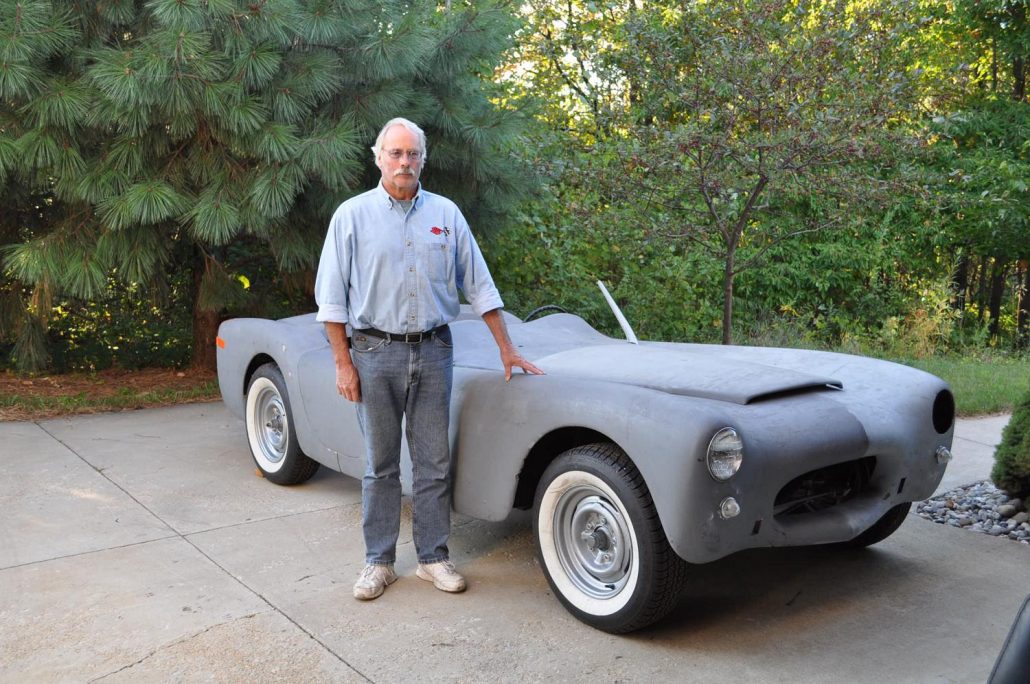 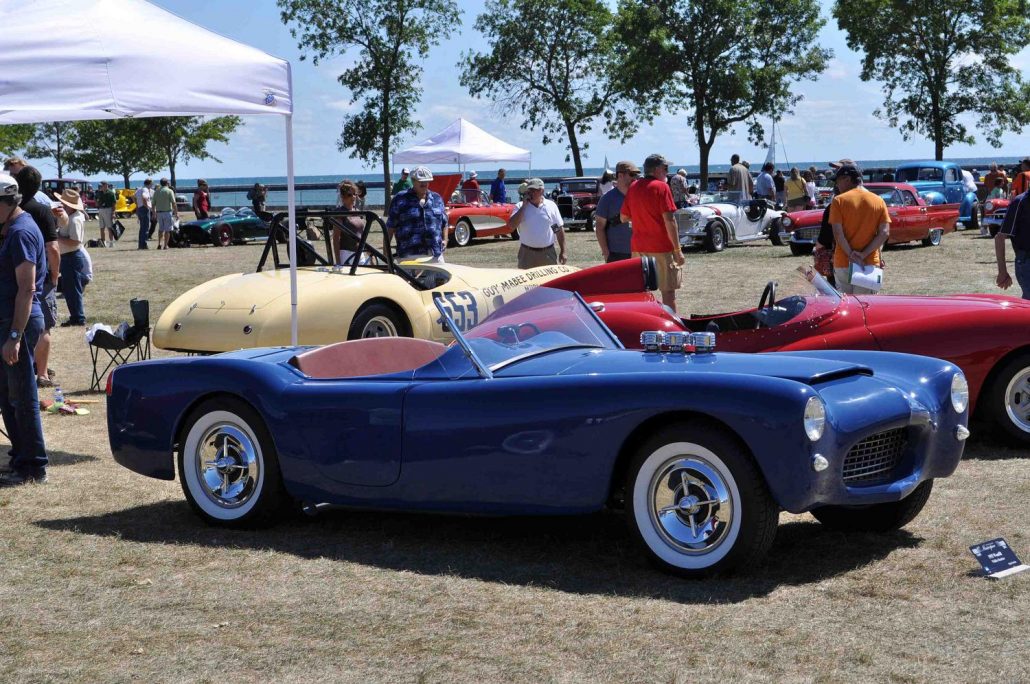 The reason for providing this history with Stan’s restoration of the Woodill Wildfire is to set the stage with you on the level of fit and finish that he will be bringing to his Devin “build.”  During one of my visits to see the Wildfire restoration in action, I had a chance to see Stan’s newly purchased Devin body.

That visit was in September, 2010, and I absolutely loved the patina of 50+ year old fiberglass.  It has a leathery look to it that can’t be duplicated.  Stan’s Devin body was a piece of art just to be appreciated as is – unless Stan chose to finish the car – which he has now.  Let’s see some of the photos I took back in 2017 below: 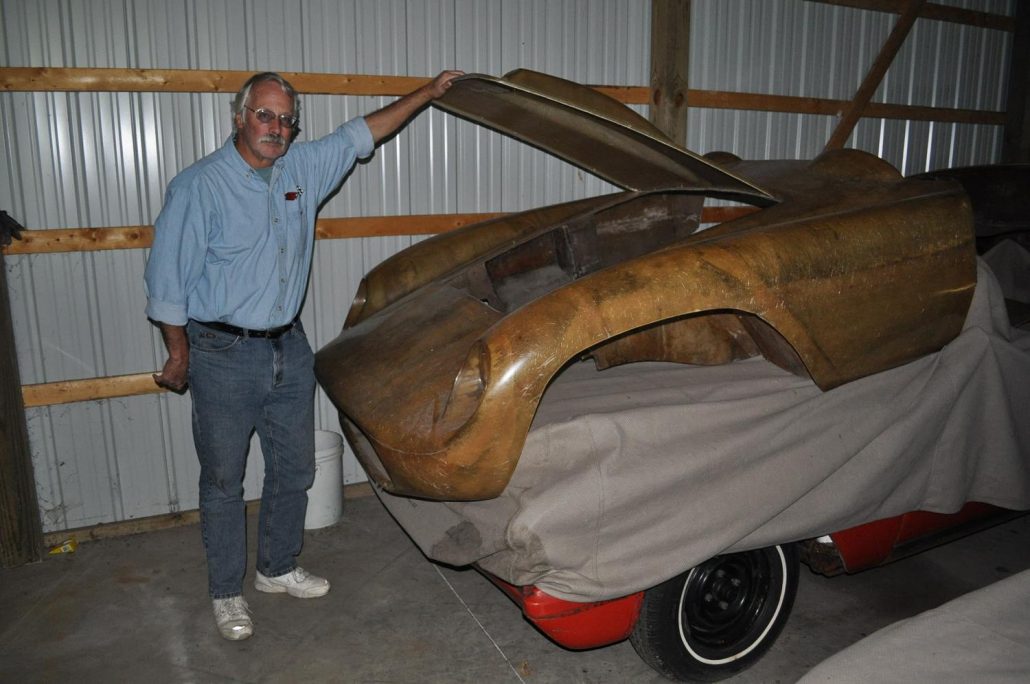 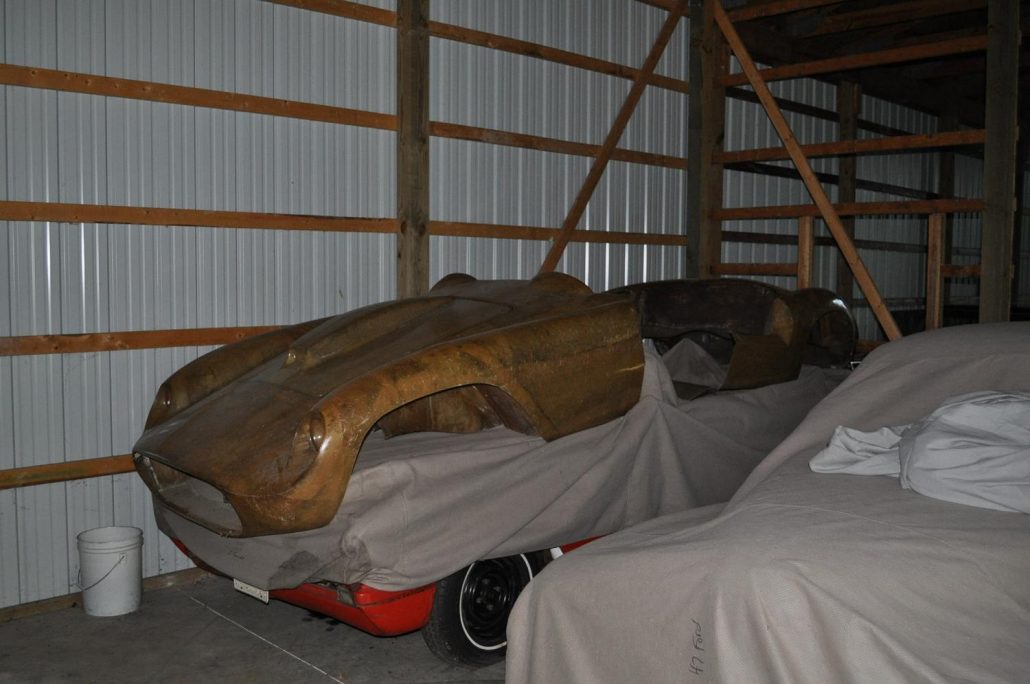 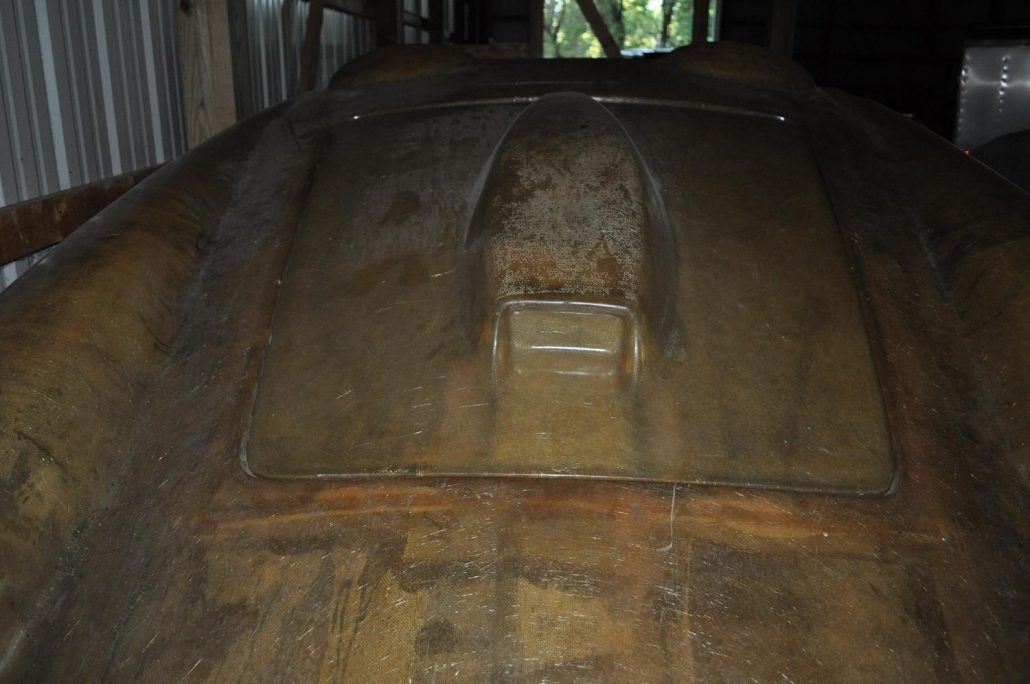 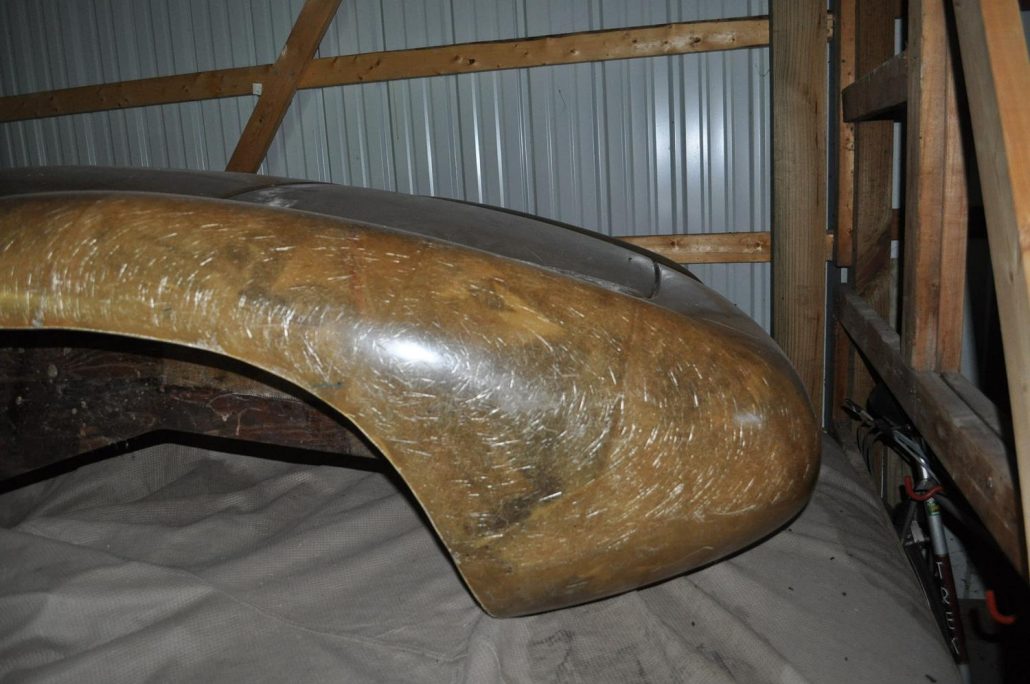 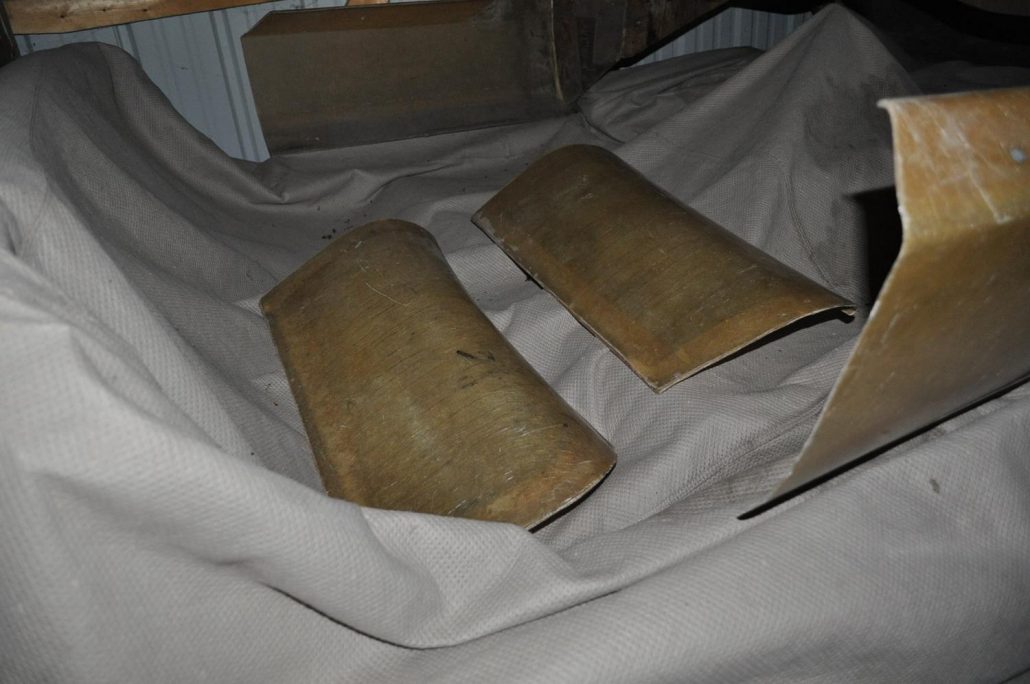 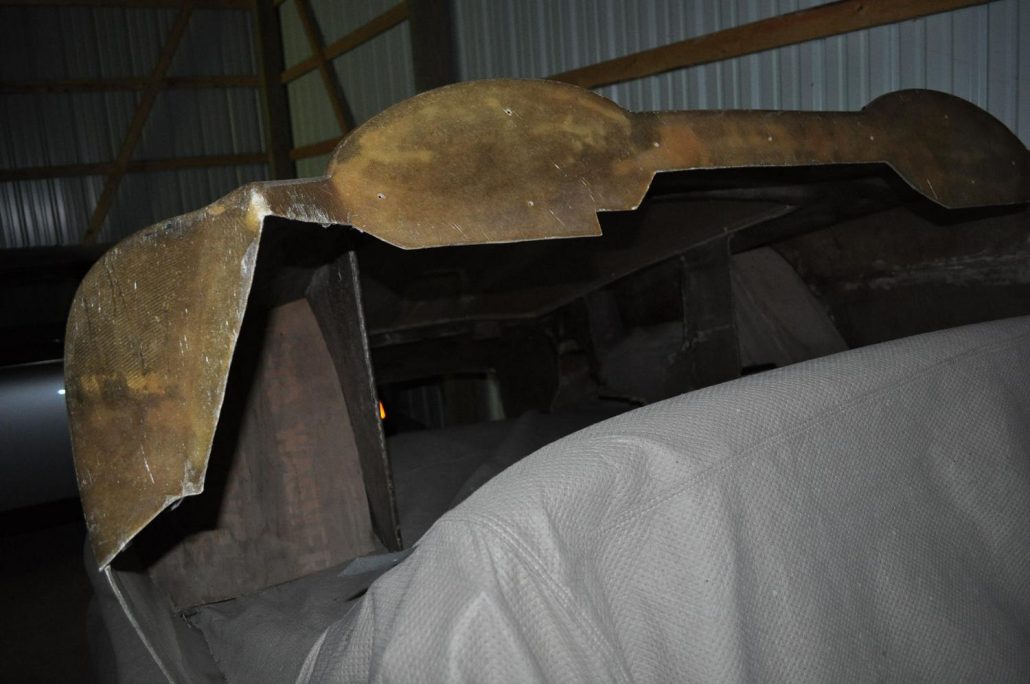 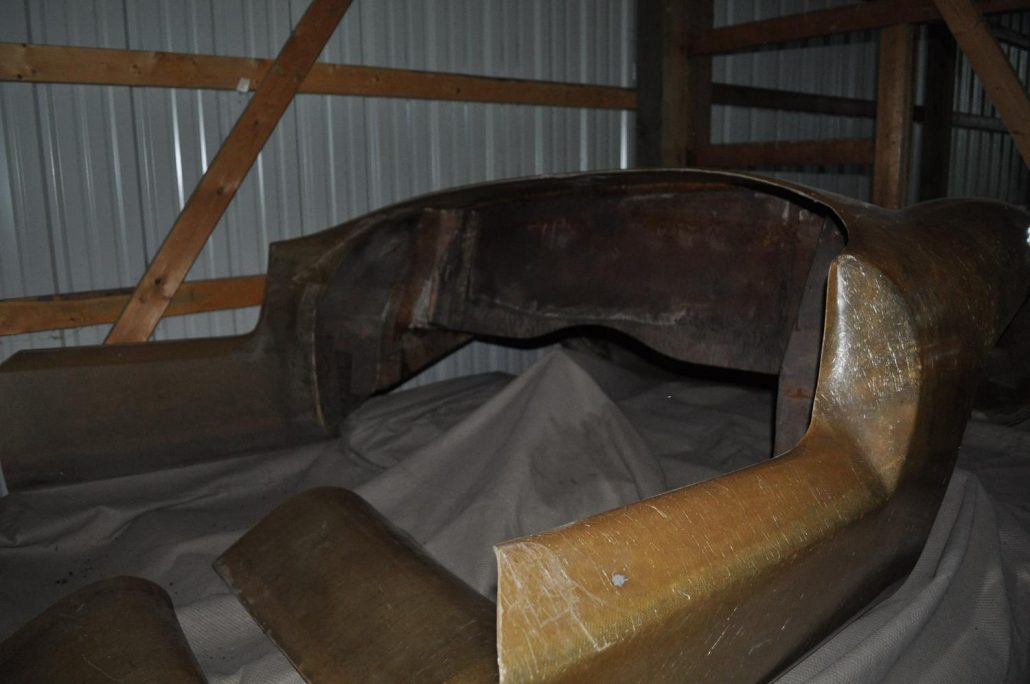 This week I received an e-mail from Stan sharing good news – he had started the build of his Devin sports car.  Stan and Ann have since moved from their home in Michigan to their new home in Tennessee, and the build will take place there.  I asked Stan to write up his story so we could share it here.  Take it away Stan…

From the Desk of Stan Fowler:

Hi, Geoff – here are a few more pictures , as well as some info on the Devin.

As you may recall, when I bought the Wildfire body from you – I believe it was 2008 – I was going to use the body for a Vintage Race car.  When I found the original Wildfire frame, including 1940 Ford suspension pieces modified by Woodill, we decided the build should be a restoration ( with a few hot rod touches, like the 322 Buick nailhead engine ).

At about the same time, you told me about an original Devin body for sale in Detroit, which I subsequently bought to replace the Wildfire body in my race car project. The Devin body had been used for a mock-up – I saw pictures of the mocked up car – a cut down frame of something, powered by a Chrysler Hemi – great looking car , but the car was never built . The body was a “W-6” on the Devin dimension chart – built “ wider and deeper for American components” – perfect for a Corvette chassis.  Here is the body as I got it: 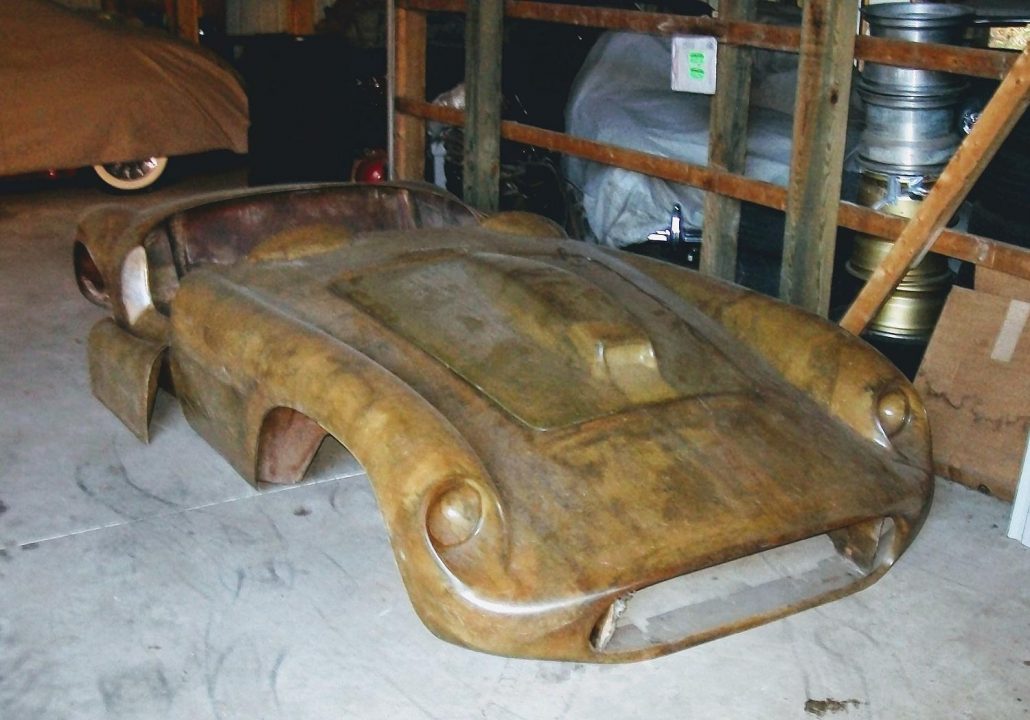 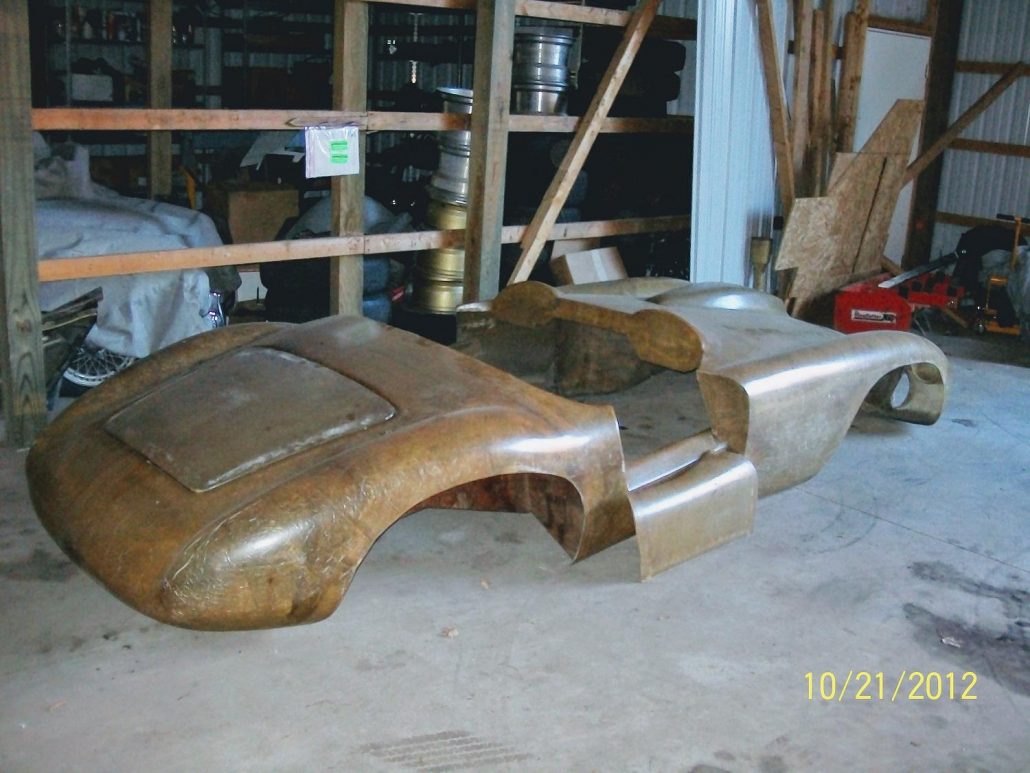 Fast forward 10 years, and I am finally getting around to building it.  Since I am no longer racing, it will be a faux race car for the street . Instead of building my own tube frame , I am now using a Corvette C3 chassis to make an easier build.  The engine will be my back-up race motor from the vintage racing days  – a great sounding Chevrolet 350 – backed by a Muncie 4 speed transmission.  Here are some photos of the first mock up: 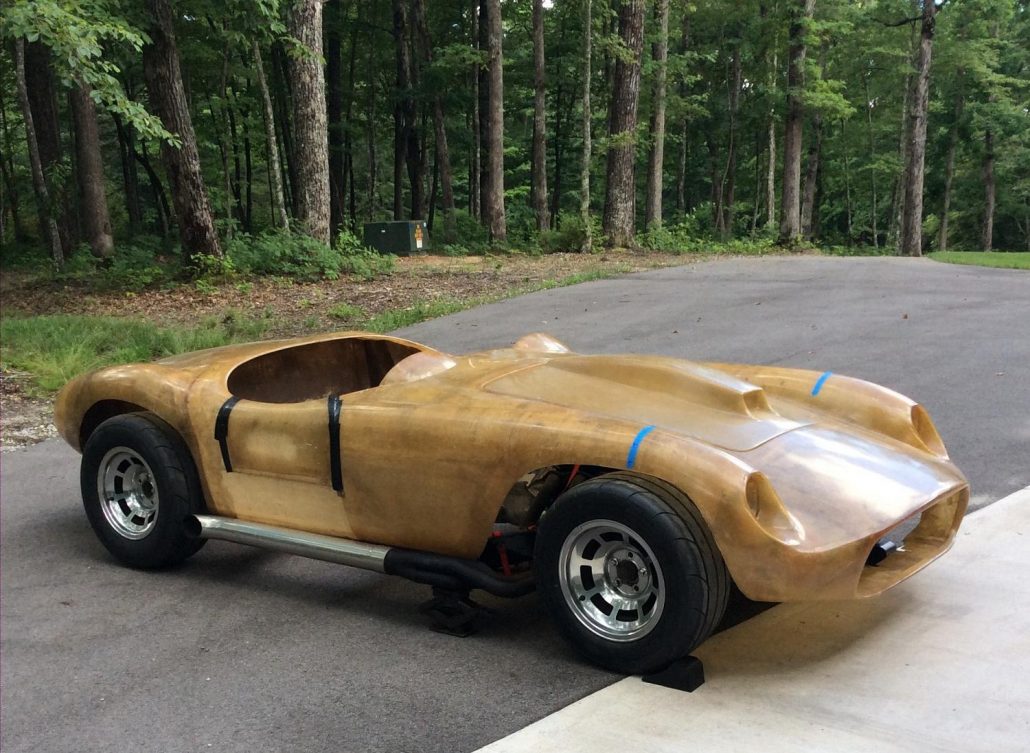 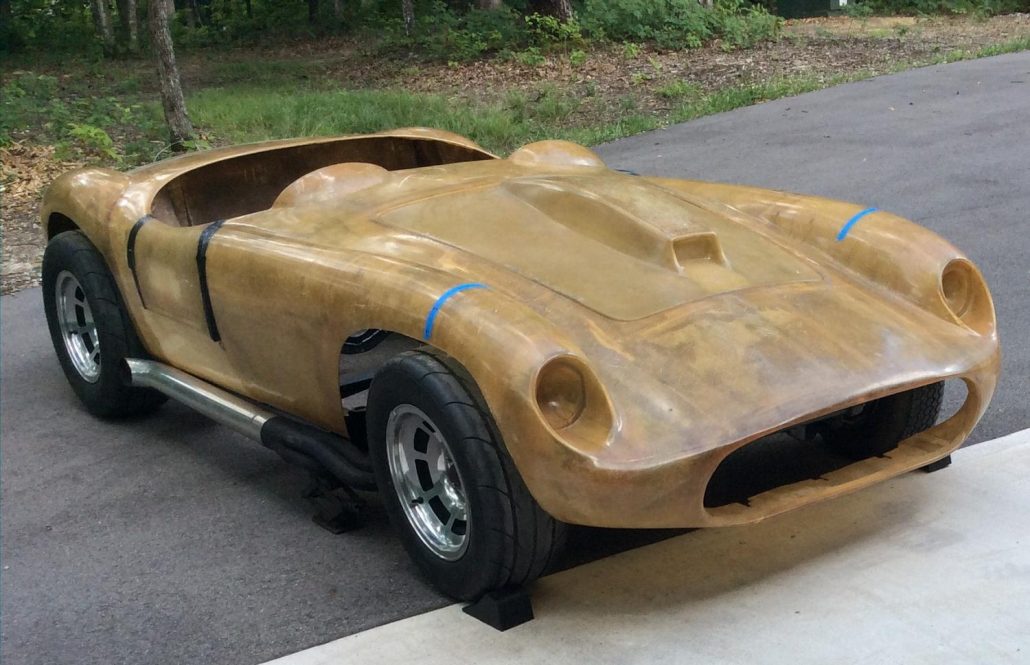 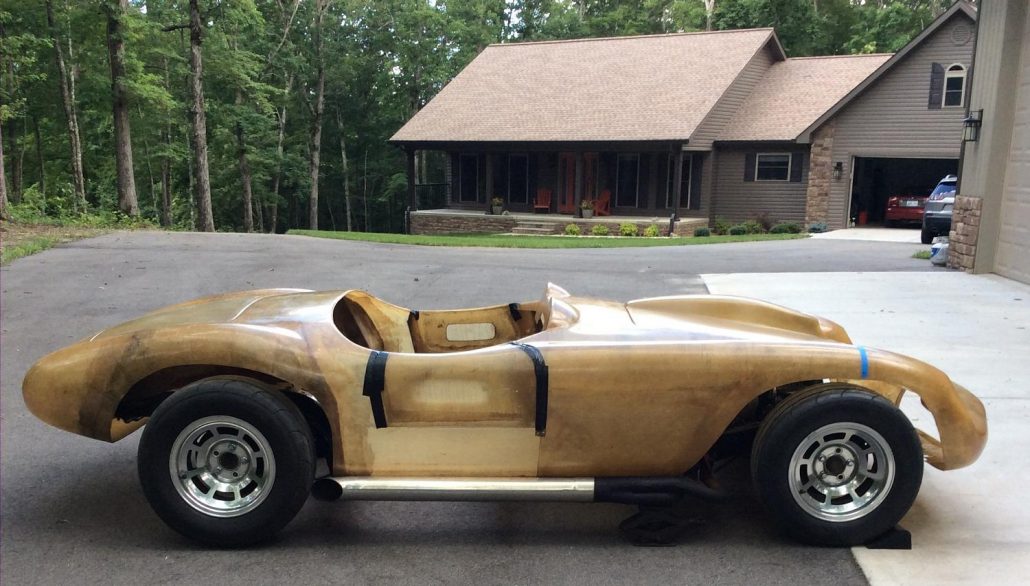 The tires are from my 69 Vette – too wide for the body. Going to use a narrower, period correct wheel/tire, as I don’t want big flares. Side pipes/ headers are just parts I had around – will be replaced with stainless parts.  Will keep you informed on the build. 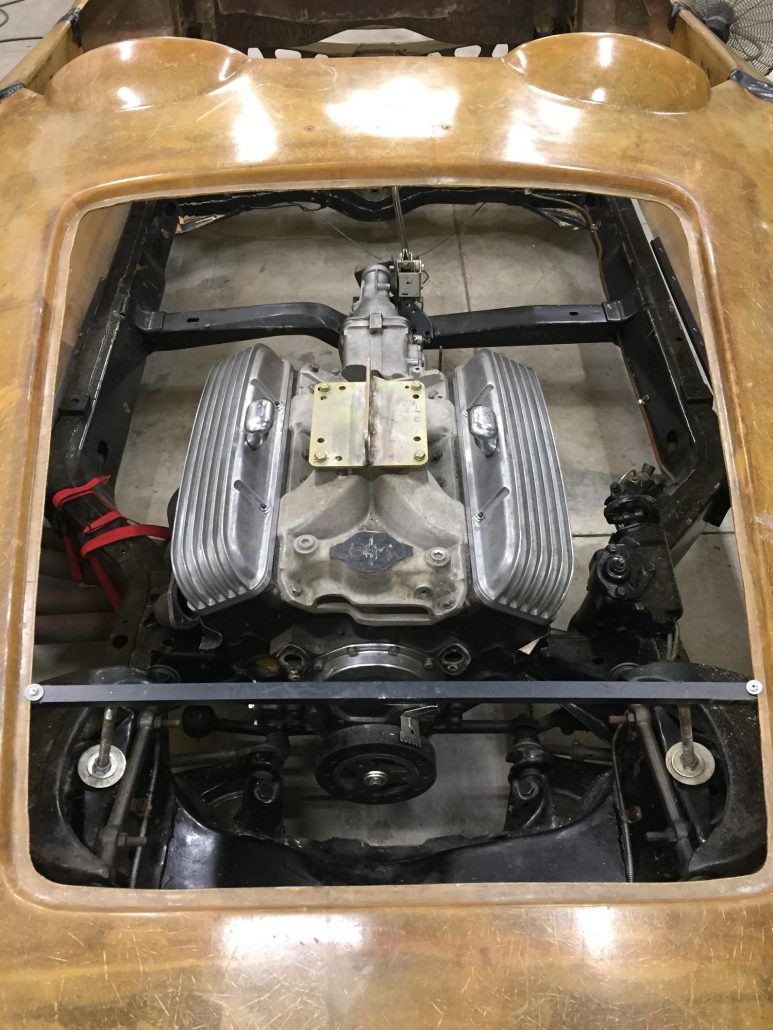 Stan recently reminded me that I was the one that clued him in on a Devin body for sale near him back in 2010, so I guess I’m at fault for him going down this path a second time.  I couldn’t be happier making the same mistake twice 🙂