LeMans Coupes and their history are springing out all over the country!

Finding out more concerning the history of the LeMans Coupe has been one of my favorite passions since beginning the Forgotten Fiberglass odyssey lo so many years ago.   And the research path concerning this car has been successful in all sorts of ways.  We’re up to about six cars/bodies being found and on the path of two more.  I hope we find 10+ cars over the next few years.

And it doesn’t stop there.

We keep finding out more about other folks who were building cars with LeMans Coupe bodies produced or those who built completely different bodies and molds based on the challenge put forth by John Bond of Road & Track Magazine and his good friend Strother MacMinn.

One of the research paths I pursued ended up with a new friend who is a drag racing photographer of note and an automotive historian too.  His name is Bob Wenzelburger.

During my conversations with Bob, I found out that he had taken pictures of a drag racing car in ’68 that used the LeMans Coupe body.  It was built and driven by Walter Jackson, and appeared at least at two different raceways in California in ’68:  Freemont and Lions Raceways.  And the bonus was Bob still had those pictures!

Let’s check out what Bob spotted back in ’68: 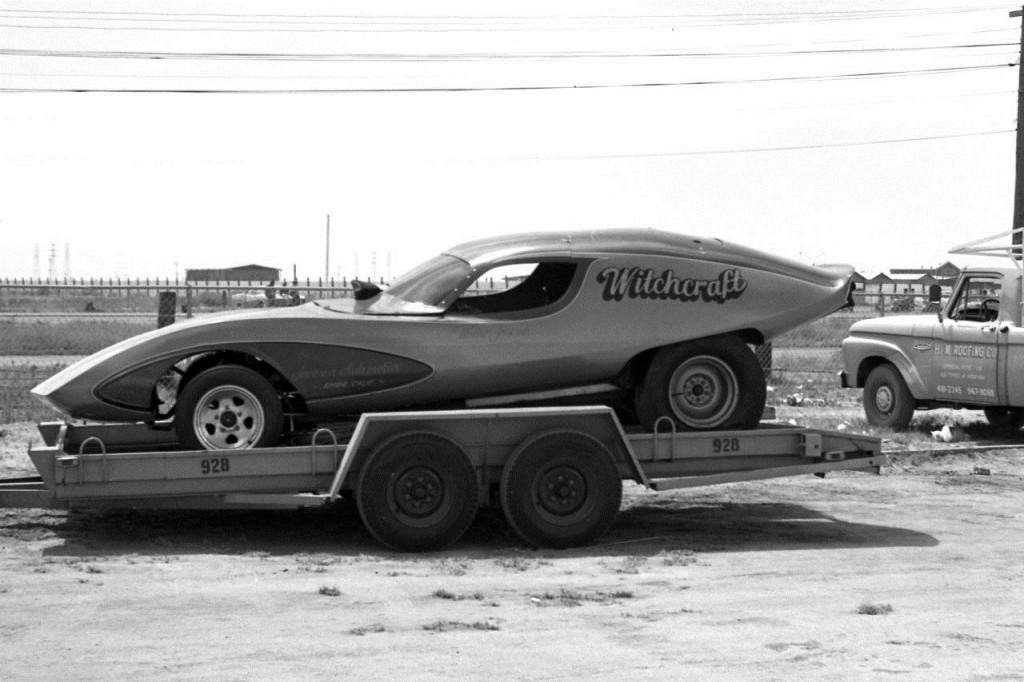 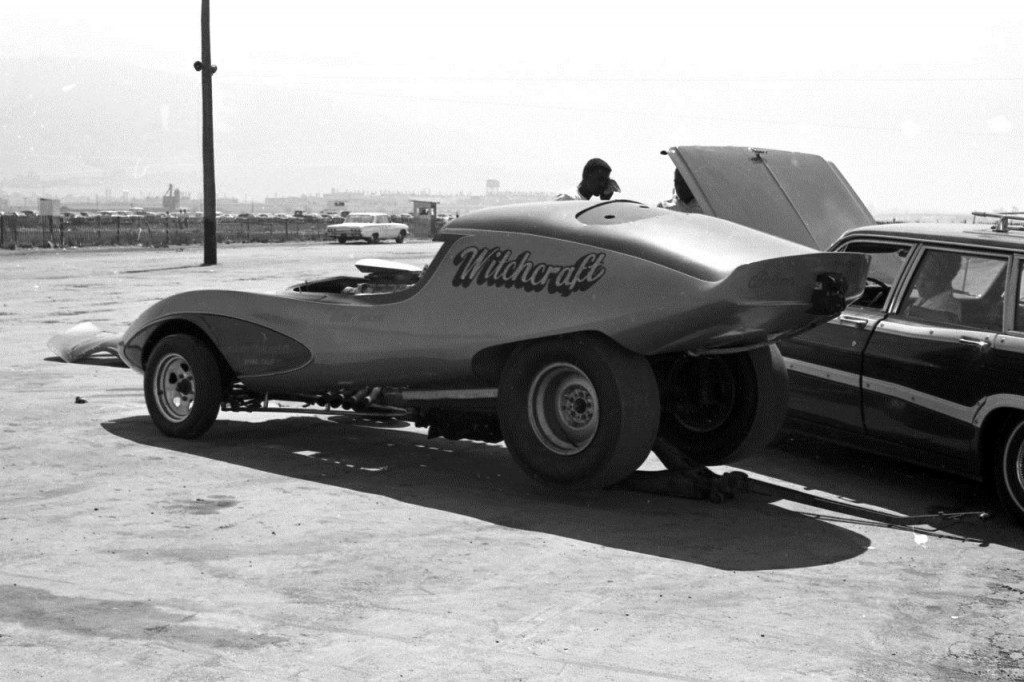 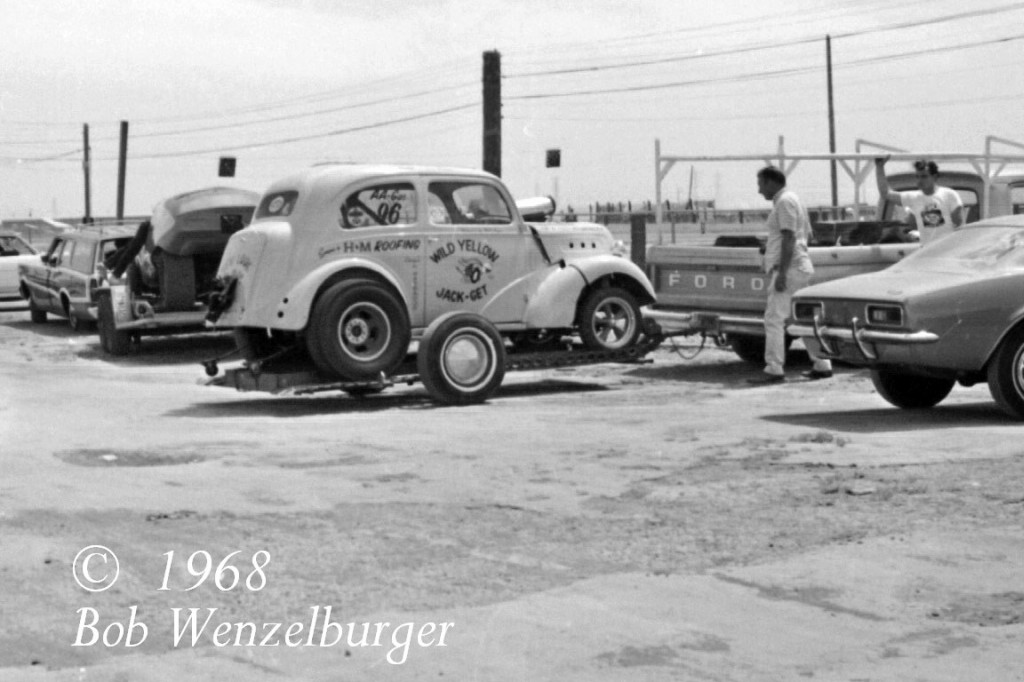 Pushing research a bit more, Bob found a picture of the owner/builder “Walter Jackson” in a photograph and short caption that appeared on November 9th, 1968 in “Drag News”.

Here’s what he found: 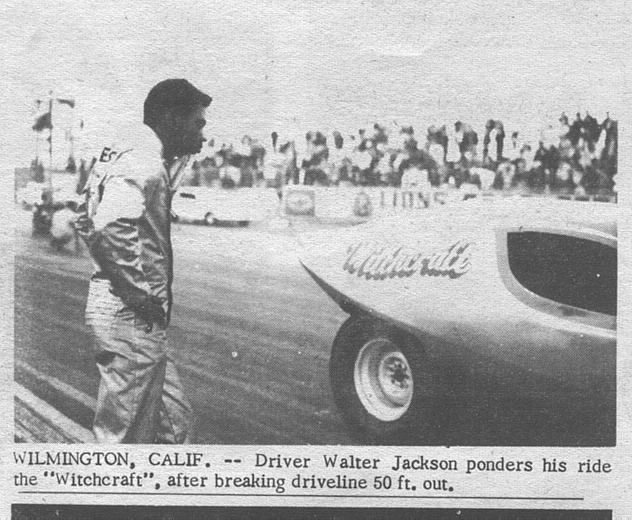 So how do we learn more?  Let’s look at the best close-ups of some of these images to determine the names and / or companies involved.

Click on each of the pictures below to make them appear larger on your screen: 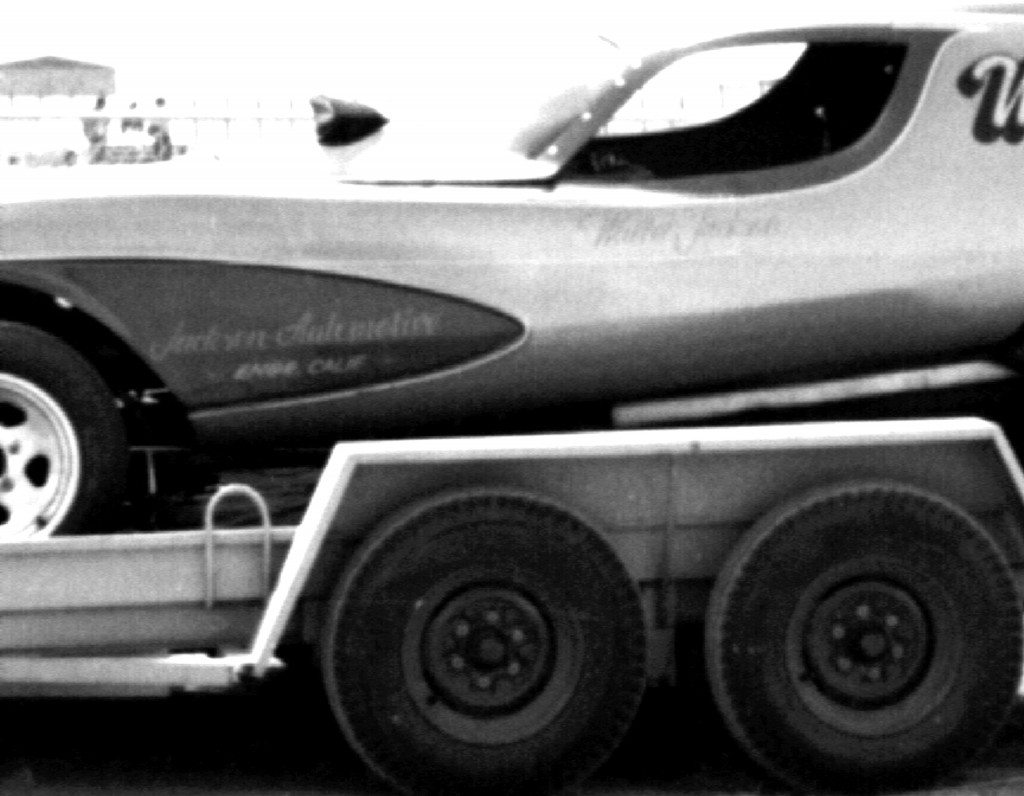 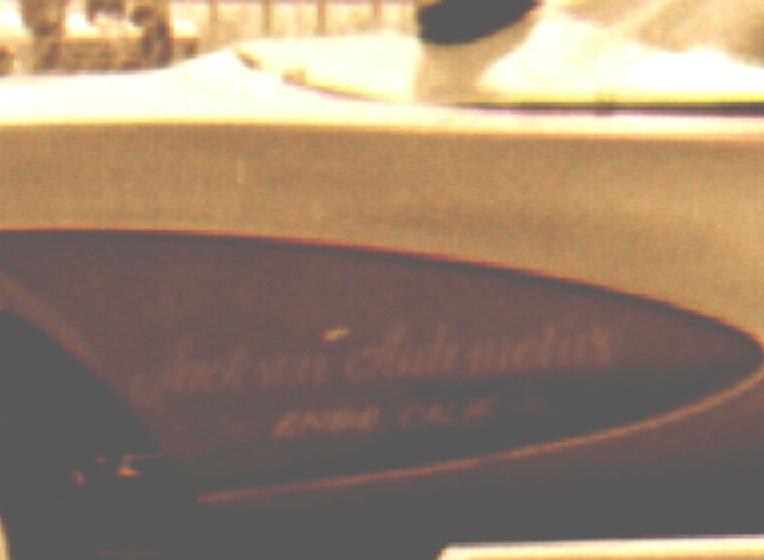 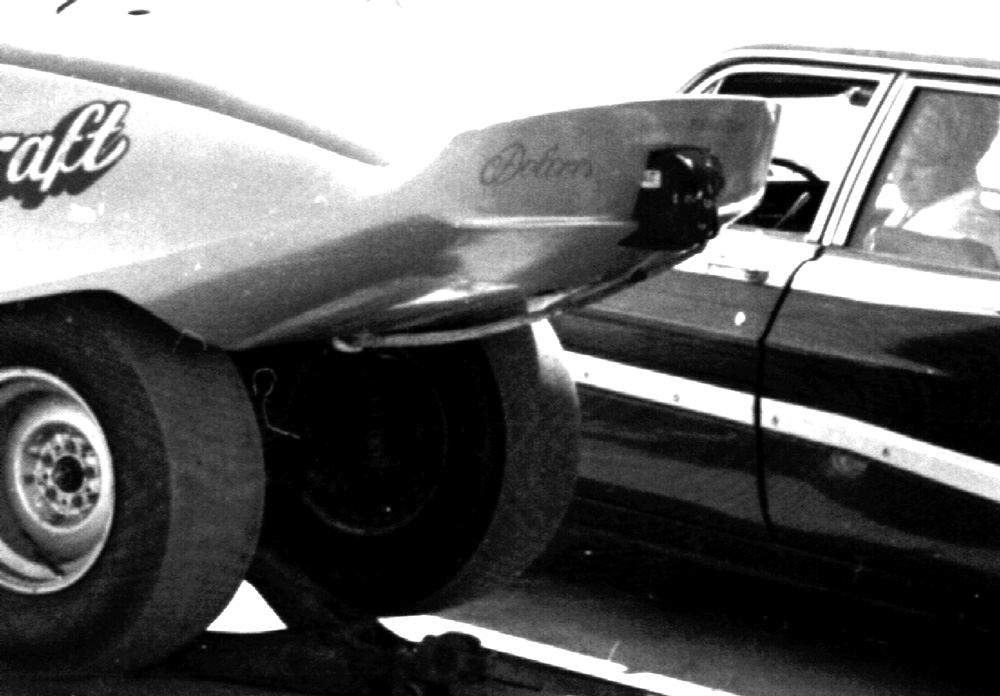 As you inspect the pictures above, the following information is revealed:

Bob Wenzelburger and I have gone round and round on interpreting “Engr” (and these are the letters as best we can determine) to see if this was city in California.  After exhausting all possibilities, we feel that “Engr” does not stand for a city in California.  Instead, it stands for “Engineering” as in “Jackson Automotive Engineering.”

Another Picture Found:  Best Photograph Yet!

Through additional research, Bob and I found a color photo of Witchcraft jumping off the line at Lions Raceway in ’68.  Let’s check out this fanatastic Forgotten Fiberglass fabulous find.

Click on the picture below to make it appear larger on your screen. 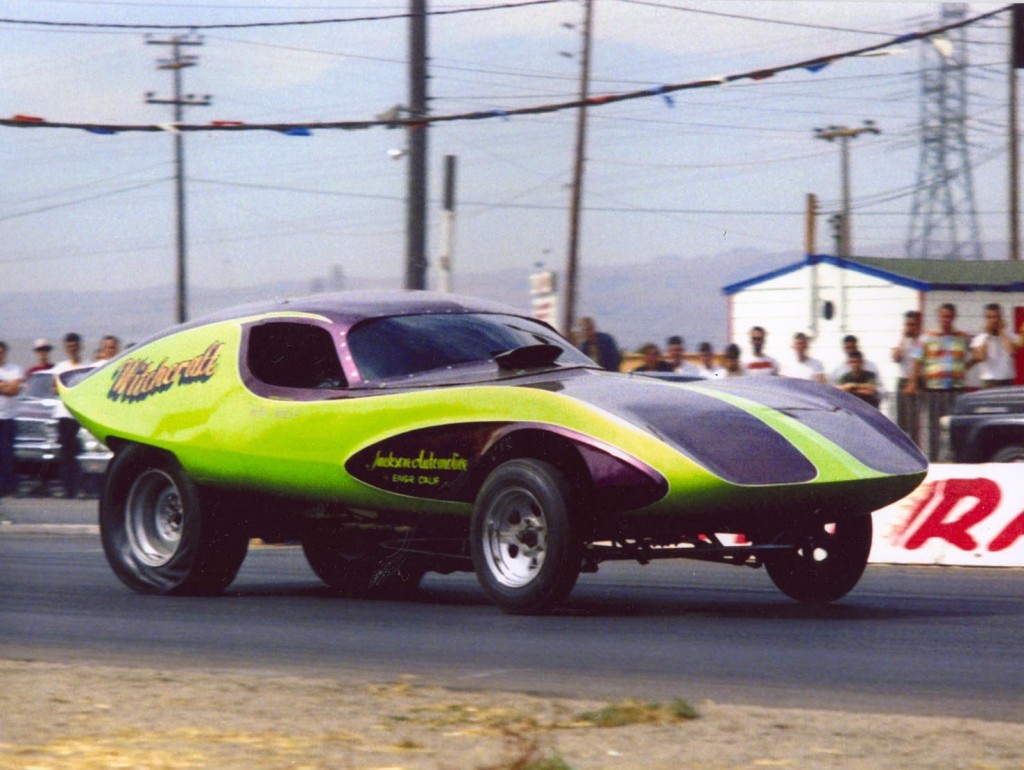 Bob Wenzelburger researched the time and performance of Walter Jackson’s Witchcraft in ’68 and found that the car was a modest performer – when it finished at all.  Most likely it ran in ’68 only and was either retired or redesigned using a new body post ’68.  No photos or mentions of this car were ever seen again.

Bob and I have also tried to find the disposition / location of Jackson Automotive Engineering, Walter Jackson, and (assumed) his wife or mother Dolores.  We’ve had no luck.

So….the challenge goes out to all four corners of the fabulous, fanatic, Forgotten Fiberglass forensic followers and family of researchers out there.  Use this story as your jumping off point and go forth and find the full story, the man, and his car.  What a great find that would be, and we’ll be honored to cover it here at Forgotten Fiberglass.

Special thanks to automotive historian and intrepid new “Forgotten Fiberglass” reporter Bob Wenzelburger for his help in taking the photos so long ago, and making this story possible.  You’re the best Bob!

Hope you enjoyed the story, go forth and find the man and his car, and until next time… 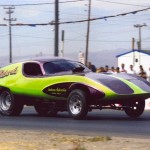 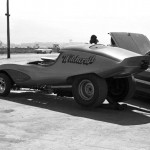 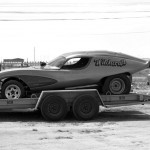 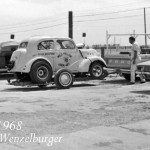 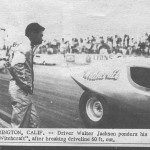 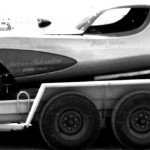 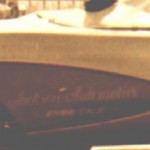 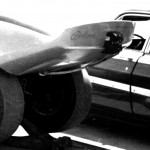 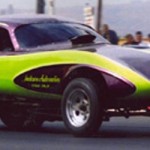