Back in 2014, we were honored to participate in the Boca Raton Concours d’Elegance with our 1955 Californian Sports Car (later identified as the LeGene Sports Car).  The class was arranged by Paul Sable and it was called “One-Offs and Limited Production.”  One of the cars that was showing that day was Wayne Carini and Ralph Marano’s Spohn – a car they had acquired a year or so earlier.

Let’s check out some photos of their Spohn at Boca Raton and we’ll begin by sharing the history of it as posted on the concours signage for the car.

To make it easier to read, I’ve re-typed the information on the sign.  It appears underneath the image below. 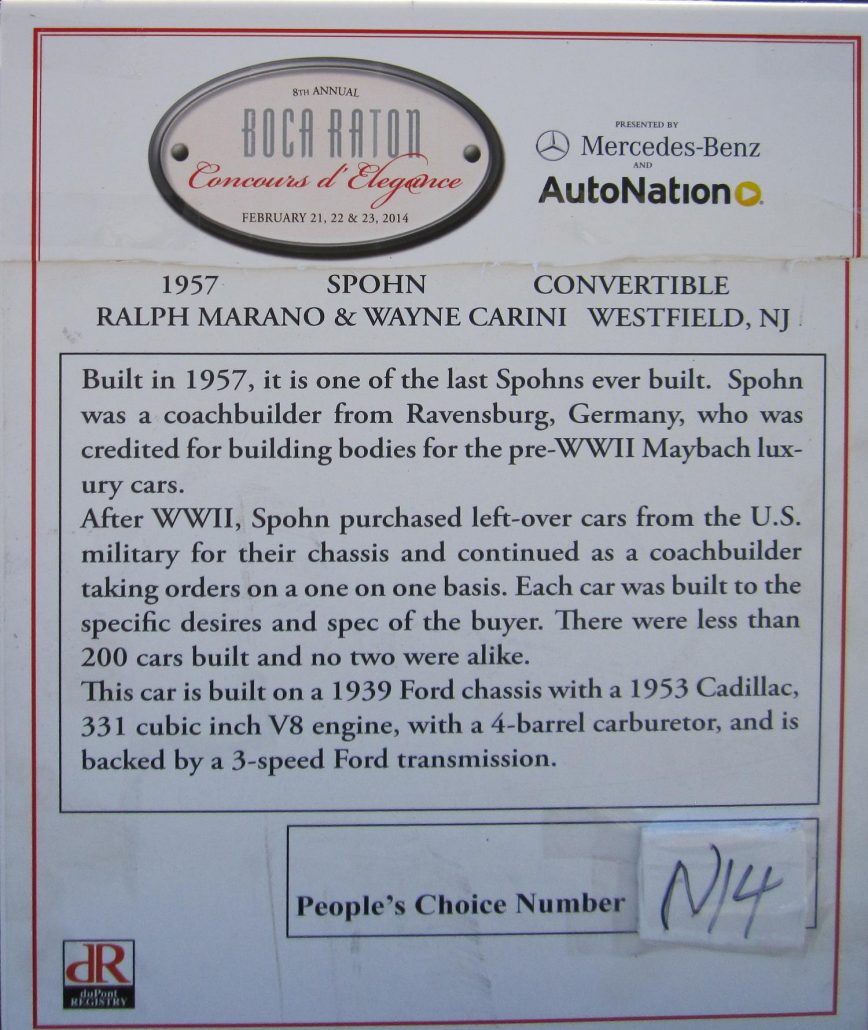 “Built in 1957, it is one of the last Spohns ever built.  Spohn was a coachbuilder from Ravensburg, Germany, who was credited for building bodies for the pre-WWII Maybach luxury cars.  After WWII, Spohn purchased left-over cars from the U.S. military for their chassis and continued as a coachbuilder taking orders on a one on one basis.  Each car was built to the specific desires and specifications of the buyer.

There were less than 200 cars built and no two were alike.  This car is built on a 1939 Ford chassis with a 1953 Cadillac, 331 cubic inch V8 engine, with a 4-barrel carburetor, and is backed by a 3-speed Ford transmission. 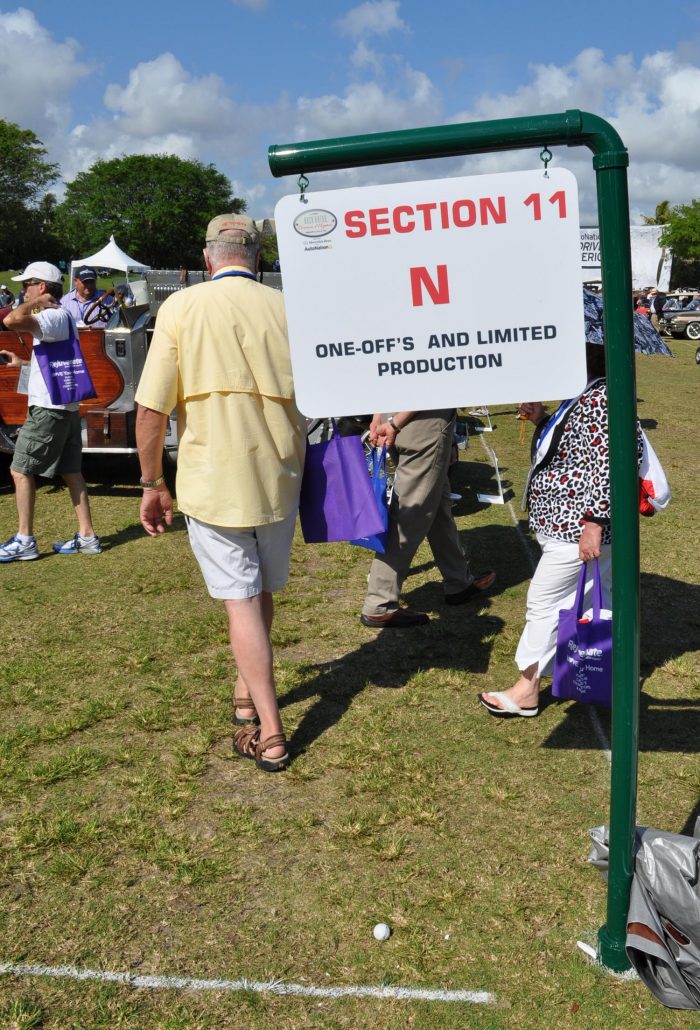 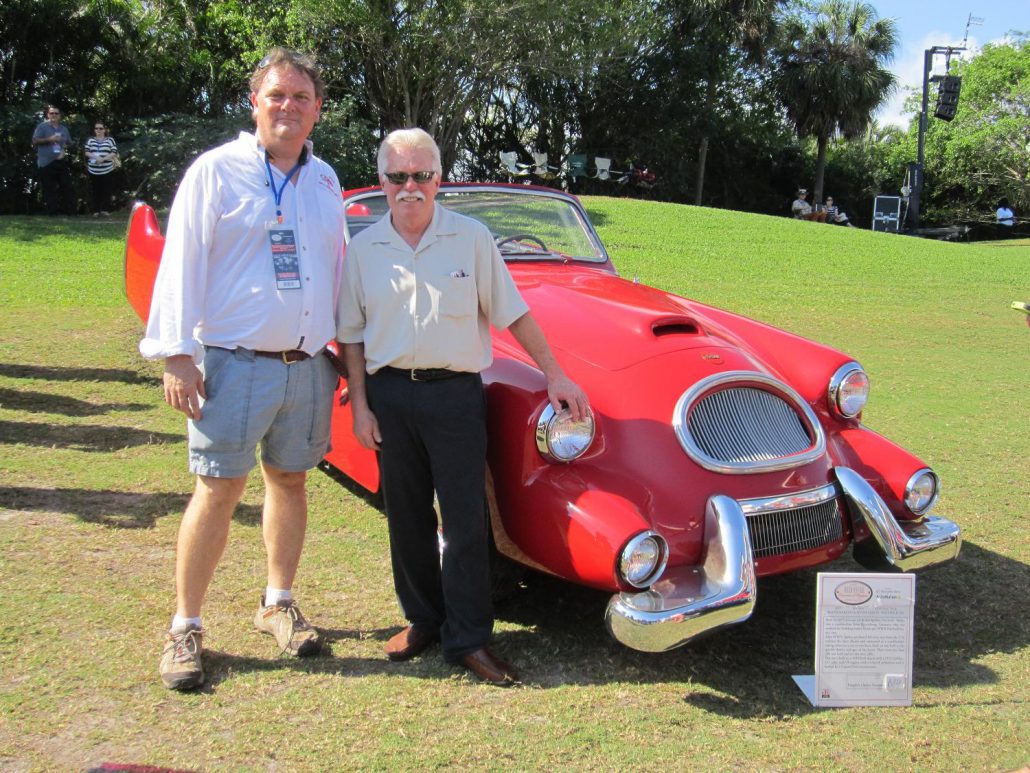 It’s Always Great To See Wayne Carini and His Cars. It was an Honor to show our car in the same class that he and Ralph Marano were in. 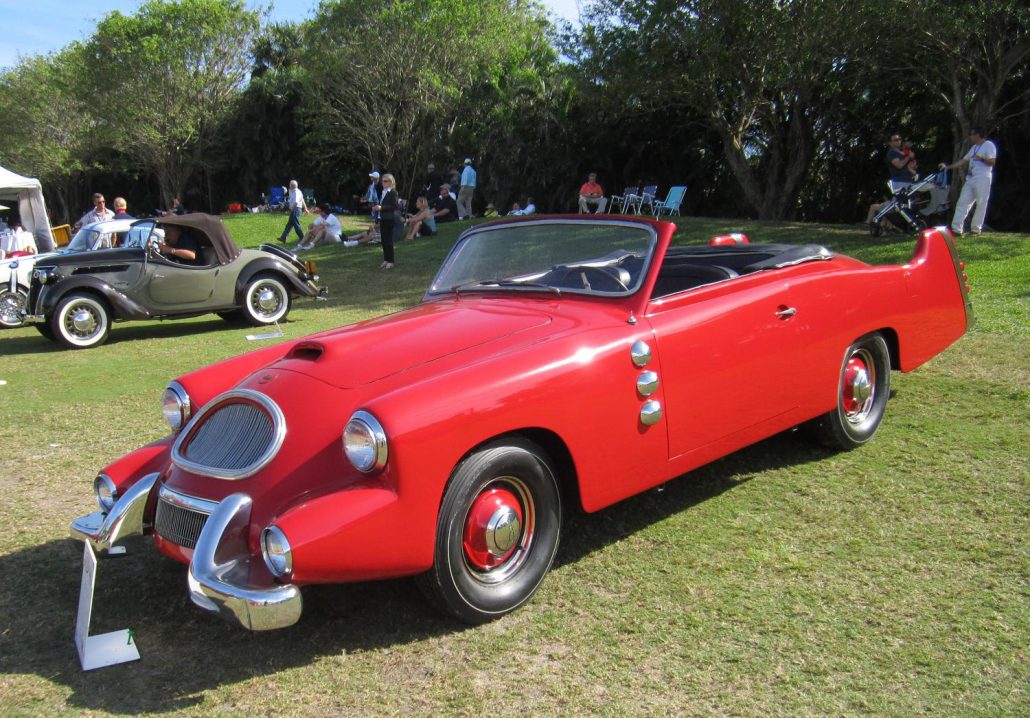 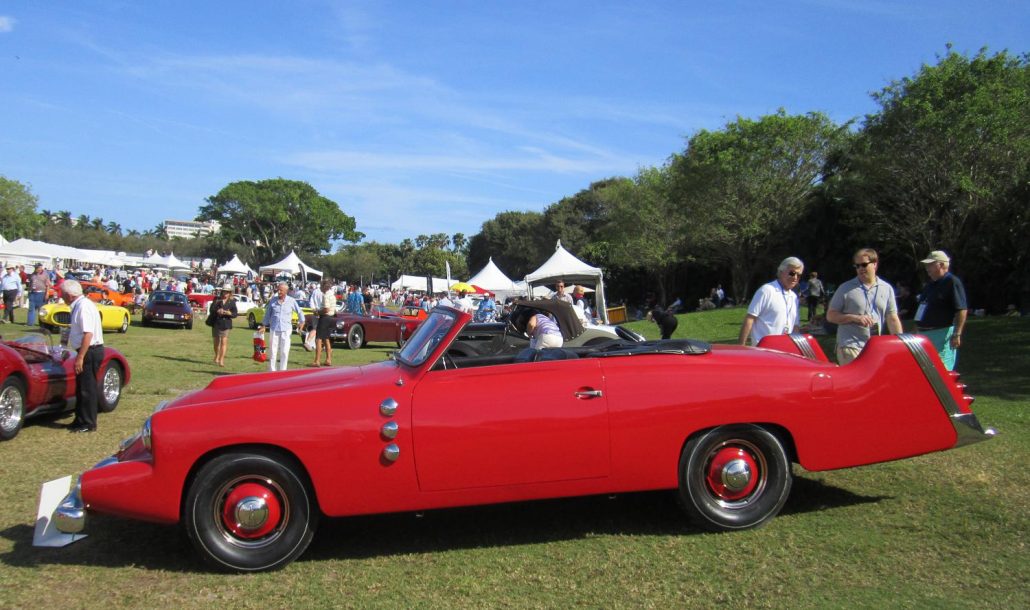 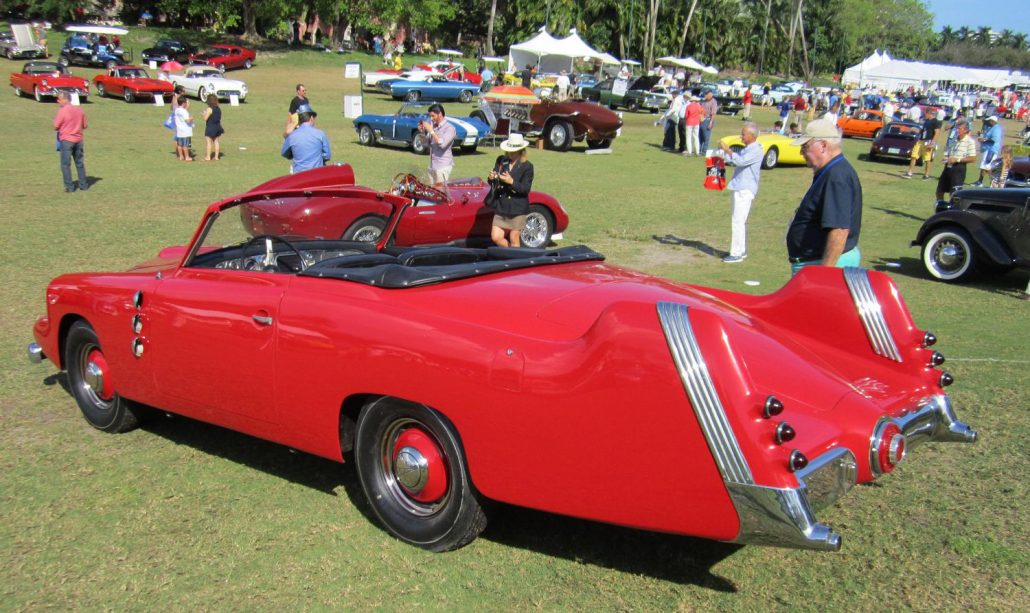 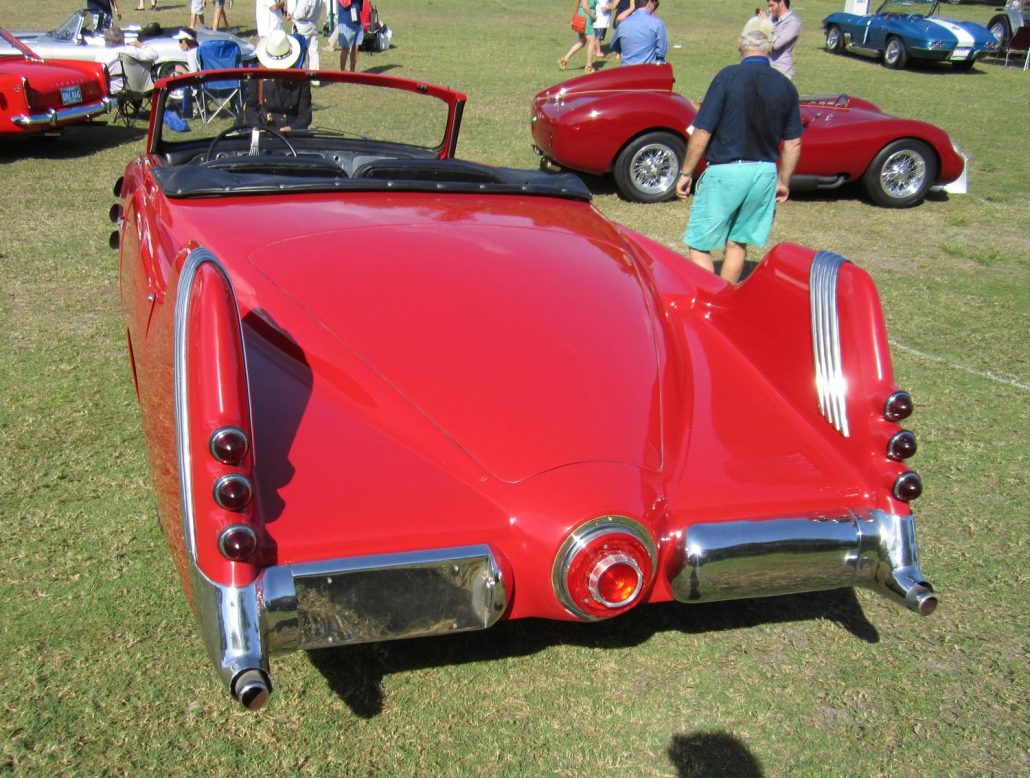 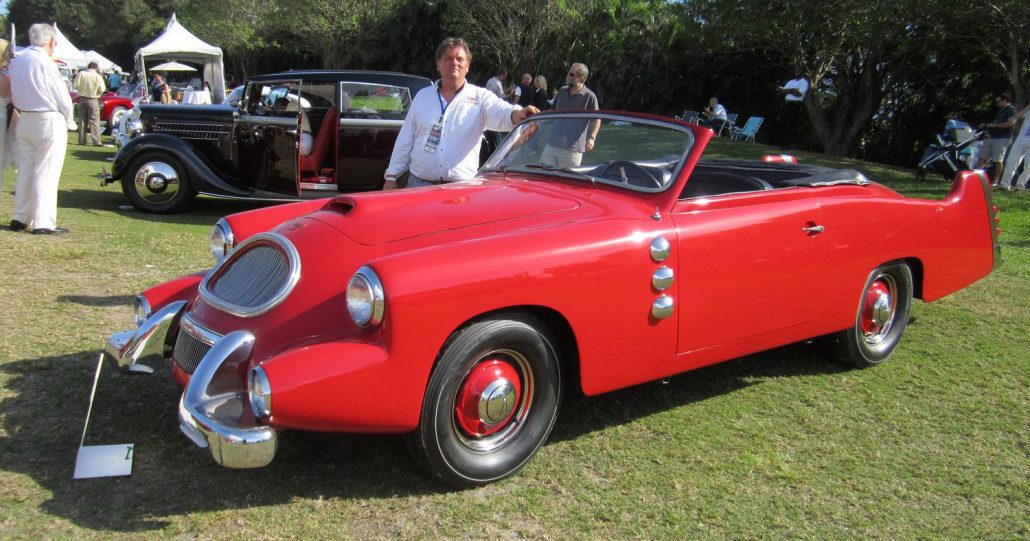 It’s always fun to see a Spohn on the field, but like most of the cars we study here at Undiscovered Classics, they’re quite rare.  For those of you interested, you can review additional stories we’ve done on Spohn cars by clicking on the link below.