Here’s a brochure you probably haven’t seen before.  This is one of the earliest known brochures for the Skorpion – one of the first fiberglass sports cars built in America.  Those of you new to this cute little car will want to know that only “Skorpion” bodies and/or kits could be purchased.

The “Wasp” was John Wills first fiberglass sportscar, and it was the “one and only” of its kind.  It was designed by Ralph Roberts, and served as the prototype for the subsequent development of the “Skorpion” which could be purchased as a kit or as a completed car.  Given that this brochure identifies the manufacturer as “The Wilro Company” (a collaboration between John WILLIS and Ralph ROBERTS), this is an early brochure that was printed before the cars and molds were sold to Viking Kraft.  In fact this may have been the brochure handed out at the November 1951 Petersen Motorama – the only time identified so far that both cars were shown together.  More about that “sale” in a future story here at Forgotten Fiberglass.

And now…for the brochure 🙂

Build Your Own Sports Car (Brochure)

Several available standard chassis and engines, together with WILRO FIBERGLASS bodies, make it possible to own an AMERICAN SPORTS CAR at considerably less than the cost of imported sport models.

WILRO FIBERGLASS bodies, manufactured on experience gained from years of industrial production on similar structures, eliminate virtually all tooling costs ordinarily passed on to the buyer when metal bodies are produced.

Tough, sound-deadening and dent-proof fiberglass construction requires no internal bracing and often cuts weight to under 100 lbs for a complete body structure.

WILRO bodies are available in complete or partial kits, for chassis with wheelbase of 75-85 inches, and track of 40-44 inches, for use with engines such as the Crosley, Ford “60”, Offenhauser, and others. 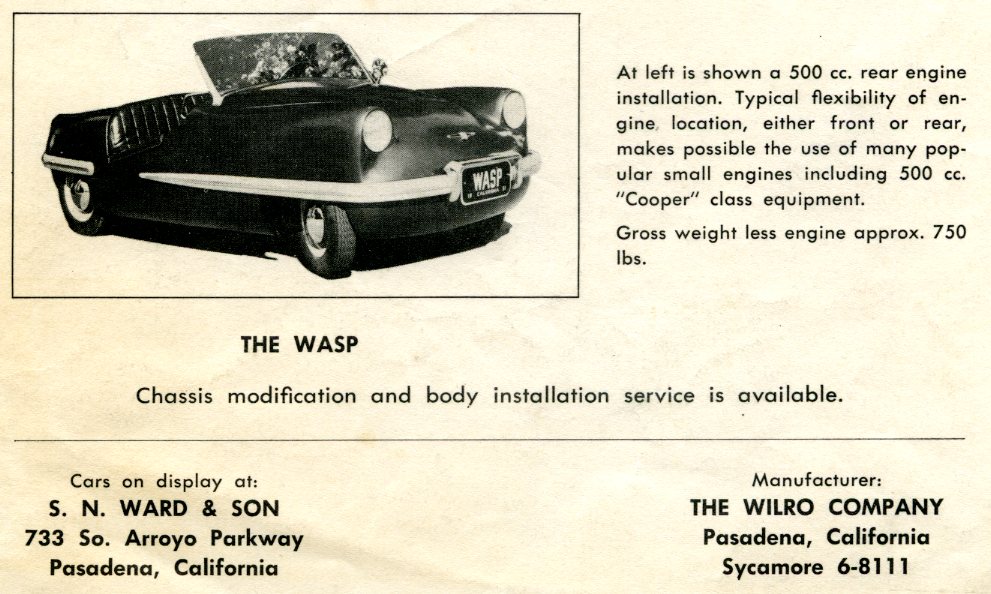 The molds for the Skorpion went thru 3-4 different companies thru the 1950’s and then disappeared.  The most interesting of these models was a V8-60 powered car called the “Super-Skorpion.”  More about that in future stories here at Forgotten Fiberglass.

By the way…I would have loved to see one of these cars with an Offenhauser engine.  Now that would be one “Super Skorpion” to me! 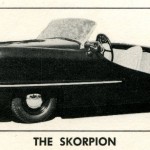 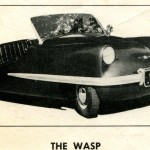 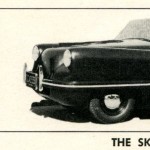 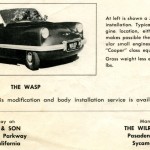 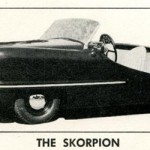 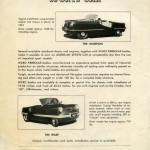