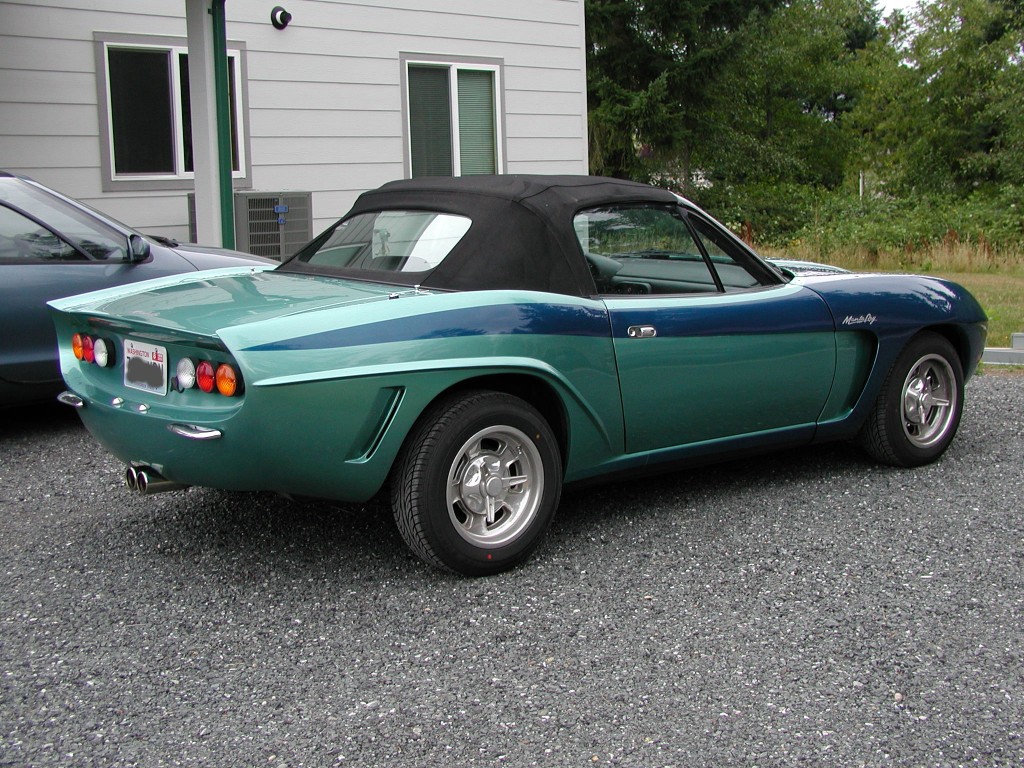 What happened to the idea of designing and building your own sports car?  Where are the folks today that were inspired by – and have the entrepreneurial flame – of the guys of ‘50s who brought new designs to market?

Where have all the innovators gone?

I have the honor of introducing you to one of them today – Jim Simpson.   I first came across Jim’s Miata-based design called a “Manta-Ray” several years ago when I was on a tear researching new designs in fiberglass.  I loved the name and the design of the car even more – and it was beautifully executed.   It piqued my interest, and I wanted to know more.

What I came to learn over time is that Jim represents the latest state of the business in terms of creating and building your own sports car company.  What started as a cottage industry in the ‘50s has now evolved into sophisticated designs that take into account the challenging requirements of building a modern car – and the futuristic styling elements that spark today’s car enthusiasts.  Not an easy combination to manage for any business.

I asked Jim to share with us the history and launch of his latest design – the Italia GTC Sports Car.  Jim was quick to respond, and today’s story is a result of his efforts.

Without further adieu, take it away….Jim 🙂

In 1966 Princess Lilian de Réthy of Belgium contacted Pininfarina about building her a special Ferrari on a 330 GTC chassis, which he subsequently did. She ordered two cars, one for herself and one for her cardiologist, Dr. Michael Debakey of Houston Texas. The Princess specials, as they have become known, are spectacular designs, now worth over $1 million if you can find one of 4 to 8 cars (depending on which historic Ferrari expert you ask)  built. 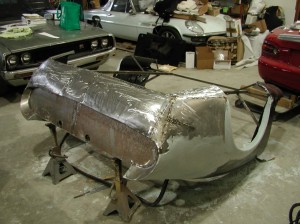 This is all a part of how the Italia GTC came to be built in 2011 by Jim Simpson of Simpson Design and Development in Clinton, Washington, but that is getting ahead of the story.

In the mid-70s, Jim was serving a Ferrari apprenticeship at Simpson Automobili Ferrari Sales and Service in Houston, Texas, coincidentally owned by Sid Simpson, no relation to Jim. During that time, Jim had the pleasure of working on one of the illusive 330GTC Princess cars, at that time belonging to architect Robert Shire. The car was a dark blue metallic with black interior and blue carpets. The striking design made a huge impression on Jim and remains to this day one of his all time favorite of Ferraris. Apparently, it was Princess de Réthy’s as well for she kept her special car until the day she died in 2002.

Fast forward to 2005 when Jim started building the sequel to his successful Italia project constructed in 1997 on the first generation Mazda Miata. The sequel was to be built on a 2000 Gen 2, or NB Miata as it is generally referred to by the Miata crowd. The project got off to a great start but ended up relegated to a corner in favor of the more pressing demands of his restoration customers.  In 2010, longtime friend Peter Cameron-Nott in Florida started to badger Jim about the project. Serious about having one of the next gen cars, Peter sent money to get the project restarted.

So Jim started back to work on the project. July 4th of 2010 Peter flew in to Seattle WA, spent 8 very long days at Simpson Design while the first set of finished panels were installed on his 1999 Miata and it was painted. He then set off on a cross country tour back to Florida in his new Italia 2. Peter’s car has seen over 25,000 miles in the last year with no mishaps other than the occasional stone chips from regular road use. 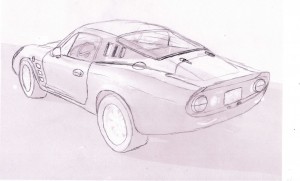 Right on the heels of turning out Peter’s car, Jim finished the second Italia 2 on the 2000 NB on which he has started the project.  In August, he took it to the Pebble Beach Weekend in California, where it was prominently displayed at the Concourso Italiano along with the field of Italian origin cars.

The car was well received in California by the well-seasoned, albeit somewhat jaded Pebble Beach crowd. Jim and his son Chuck had a great time driving the car around to the various events and showing off the latest Simpson Design creation but this was not enough. All Jim could think about on the way home was the old Princess car from his apprenticeship days and how much he really liked coupes.

Upon returning home he set about locating another second gen Miata – not just any second gen car but a medium dark blue metallic 10th anniversary car like the Princess car of  his memory. Next he undertook a series of sketches to determine if such a project was feasible and would look remotely right. He wasn’t interested in making a replica but rather a car that, like the Italia 2, had elements of design that captured the feel of the Pininfarina car of many years ago.

Jim started with photos of Peter’s car and, several sketches later, had the basic design. He posted it in the photo gallery on his web site with an announcement that the coupe would be a reality. A couple of weeks later, he was forming steel and the car was taking shape.

Jim received an email from one of his previous clients, a gentleman in Qatar, who wanted a coupe based on the strength of the sketch alone. Feeling pretty good about how the prototype was progressing, Jim emailed the pictures of the car taking shape. The client responded that, while the car was very nice, it wasn’t what he had in mind. He wanted something more resembling a Ferrari 275 GTB roof line. 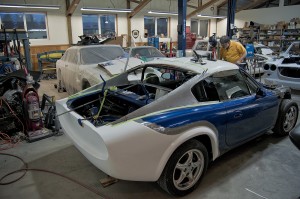 Slightly disappointed, Jim responded to the challenge. He did a quick sketch of a more 275 style roofline and emailed it to the customer. Within minutes he had a reply, “YES, that is exactly what I want”. “Great,” Jim thought, “now I have to develop a second roof.  The next day he began cutting metal and bending steel, setting the Princess style roof aside, and after a couple of days, he sent pictures of the work taking shape. Again, in a matter of minutes he received a very positive response.

Jim was able to locate a low miles 2005 (last year of the NB) silver Miata in Colorado with the options his client wanted. He completed the GTB roof and trunk lid, and took them to his fiberglasser for production molds, then returned to the shop to get back to work on the Princess roof, finishing it as well.  The guys at the fiberglass shop began to wonder what the heck is going on when Jim picked up the outer roof and trunk lid parts for his client’s car and dropped off a second roof for tooling. 10 days later he was back at the glass shop, picking up the inner roof and trunk lid prototypes for the GTB roof for tooling, and the first parts of the GTC roof for prototyping the inner structure.

A few days later, the GTB inner structure molds completed and the first sets of parts done, Jim and crew put the roof together and installed it on the silver car destined for Qatar. In another few days, the car was ready for paint and Jim was back to the glass shop for more finished GTC roof parts. If at this point you are feeling a bit confused just imagine how Jim and company were feeling…

With the GTB finished, it was time to concentrate on the GTC full time in preparation for its debut in September in California at the Queen Mary in Long Beach, a mere 1400 miles away. Set to leave for Long Beach in 3 weeks, the roof was still off and the car had no rear windows or side glass…  Time to get the window molds done. In a couple of days the fiberglass or Polyethylene Terepthalate Glycol, or PETG if you prefer, molds were finished and ready to be shipped across country to Mark Clapp, who would make the windows. 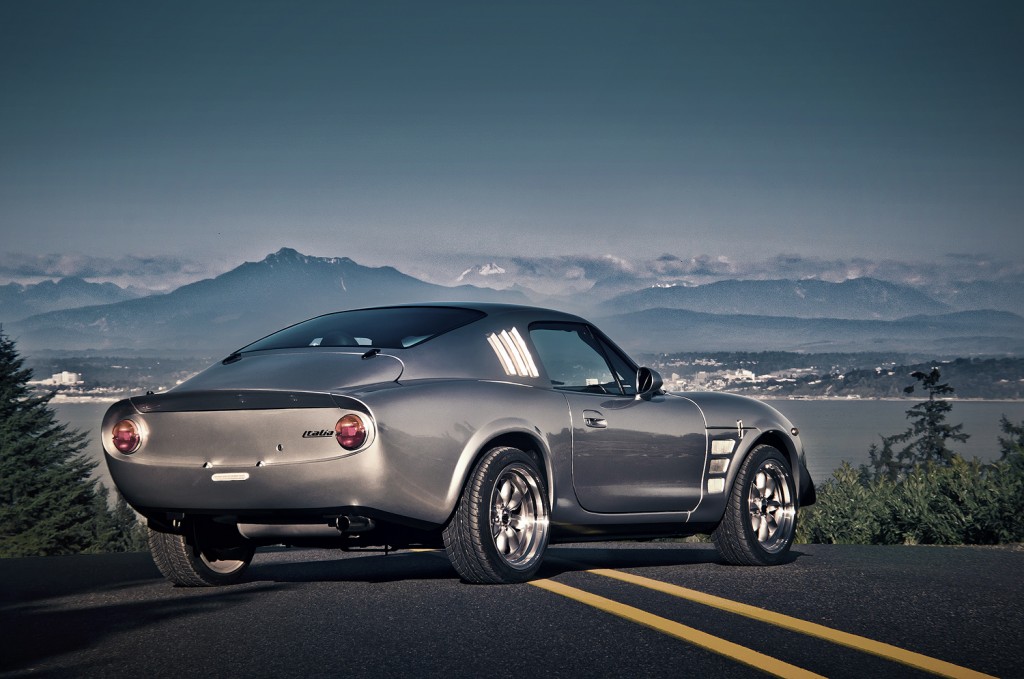 After a very long weekend, the roof inner structure was installed into the outer shell and the entire roof was fitted and installed on the car. Many more hours were spent blending the roof and finishing the body work. The car was finally in prime and ready to wet sand and block prior to paint. Monday and Tuesday were long days of blocking and repriming. Wednesday Thursday and Friday were paint prep and paint days. The weekend was spent installing lights and trim.

The following Monday the car went to the upholstery shop for the headliner and new carpets. With 2 days left before leaving to head down to Long Beach, the car came back to the shop for all the final details – a Nardi Steering wheel (to be mounted on a hub that we largely had to make), road wheels, chassis detail, and short throw 6 speed shifter along with one of our billet shifter knobs.

Saturday morning Jim drove the car over to his monthly Sports Car Club meeting. The car met with unanimous approval from the club. After that, it was back home and time to pack for California. Sunday morning Jim headed off to Southern California with the new creation.

The new Italia 2 GTC debuted to an appreciative crowd at the 2011 JCCS car show. Now back home it’s seen its first club rally and is now a daily driver. 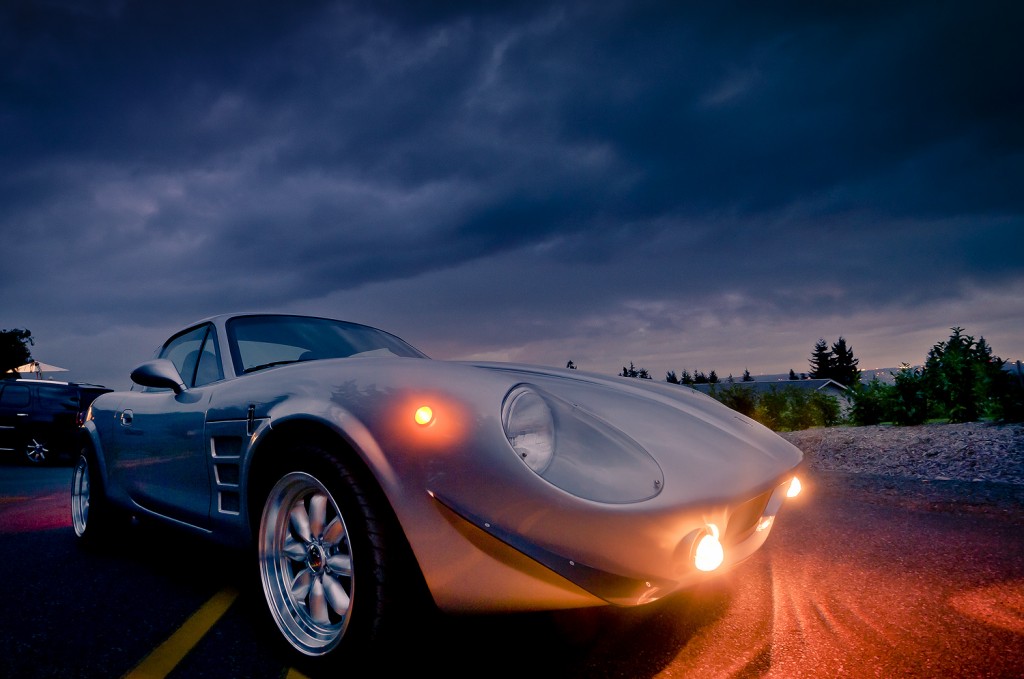 Jim continues to push the envelope and build and design new cars.  Click here to visit his latest projects at his website:  http://www.simpsondesign.net/

And…I can’t hardly wait until I hear from Jim about his latest projects and designs.  Some so secret…. I don’t even know about them 🙂

So take a few minutes, visit his website and drink in the future – now.  Jim and the rare folks like him are the guys people will be writing about in the area of “fiberglass” for years to come.  Bring the past into the future and join me in congratulating Jim on an excellent business and a wide array of beautifully designed and inspired fiberglass sports cars – ones that will be remembered in every way. 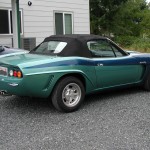 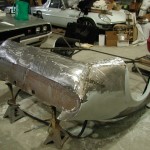 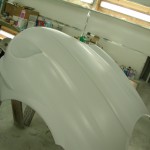 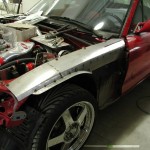 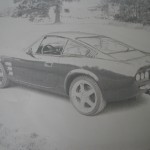 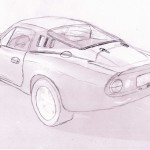 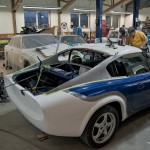 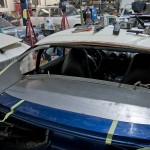 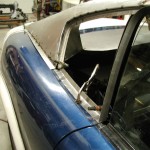 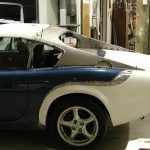 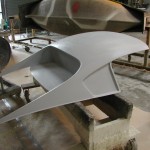 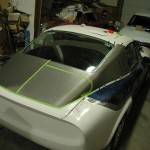 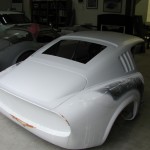 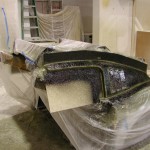 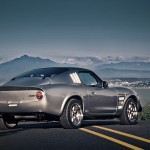 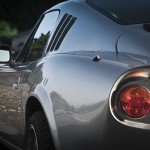 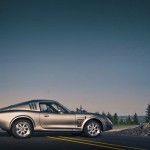 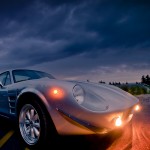 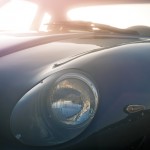 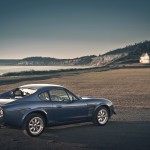 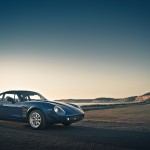 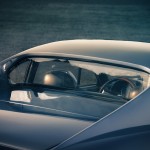 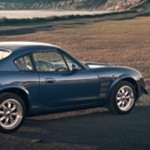