This is a mult-part story.  Click here to read the other parts of this story.

So we got the car to Tampa, and followed up on the documentation that the previous owner gave to us.  And what a story it turned out to be.  Check out the full story on the Wellman Special below, from the June, 2002 issue of Special Interest Autos Magazine. 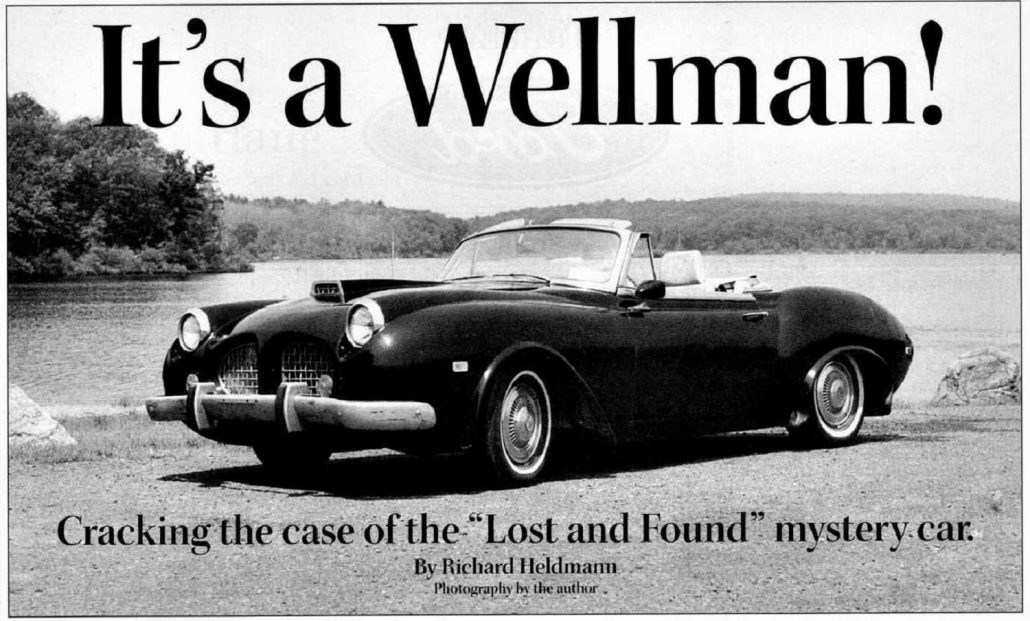 The mystery has been solved!

This car first appeared in “Lost and Found” in SIA #174, after I spotted it sitting alongside the road at the Memorial Day parade in Coventry, Connecticut, back in 1999.  Subsequent investigations turned up nothing until the following Memorial Day parade, when an old Auburn appeared in the same space that the roadster had been parked in.  Upon inquiring of the gentleman who apparently owned the Auburn, I discovered that he was also the owner of the roadster.

While insisting on remaining anonymous, he agreed to be interviewed about the car.  If seeing is believing, viewing this car up close and hearing the poignant story of its creator unfold dispels any possibility of disbelief about this truly amazing and very special vehicle. 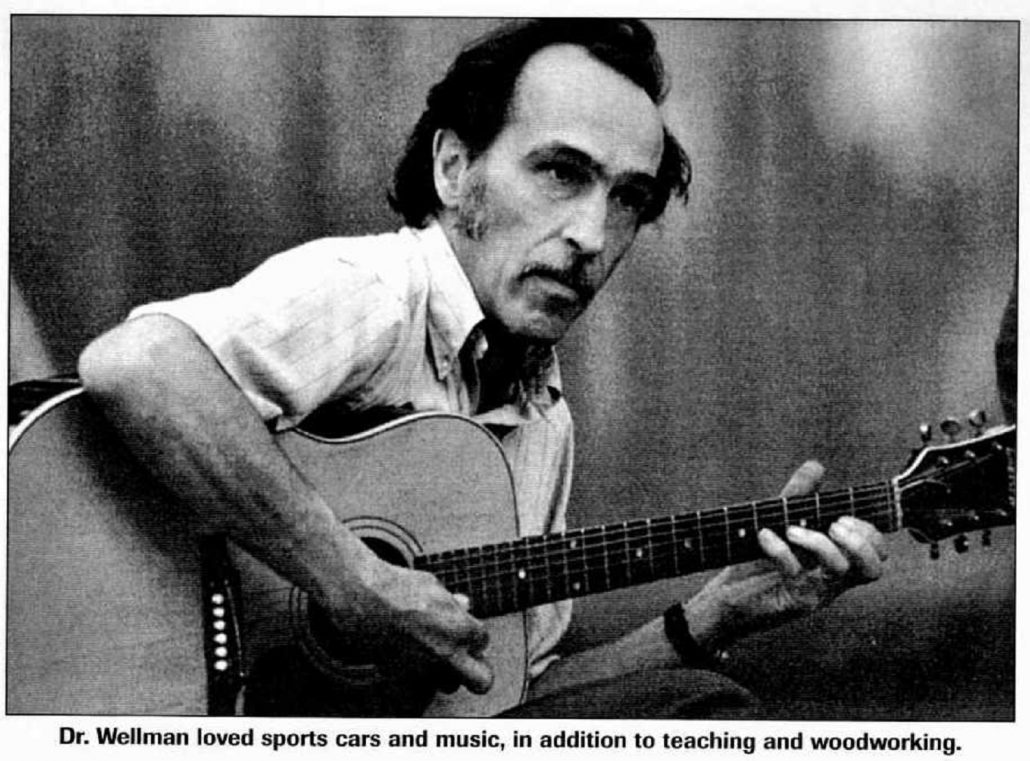 The ingenious person responsible for the construction of this distinctive looking sports car was Dr. Warren Wellman, a man of many accomplishments. He was a man of letters who had earned a double doctorate in modern languages from the Sorbonne and Middlebury College, and subsequently taught for 27 years at SUNY at the campus in Oneonta, New York, starting in 1963.

Warren traveled extensively abroad and spoke several foreign languages fluently. He was raised in Worcester, Massachusetts, and spent many a boyhood hour in the shops at Worcester PolyTech, where his father taught. It was there that he gained valuable hands-on experience and learned the finer points of mechanical engineering and how machines worked. 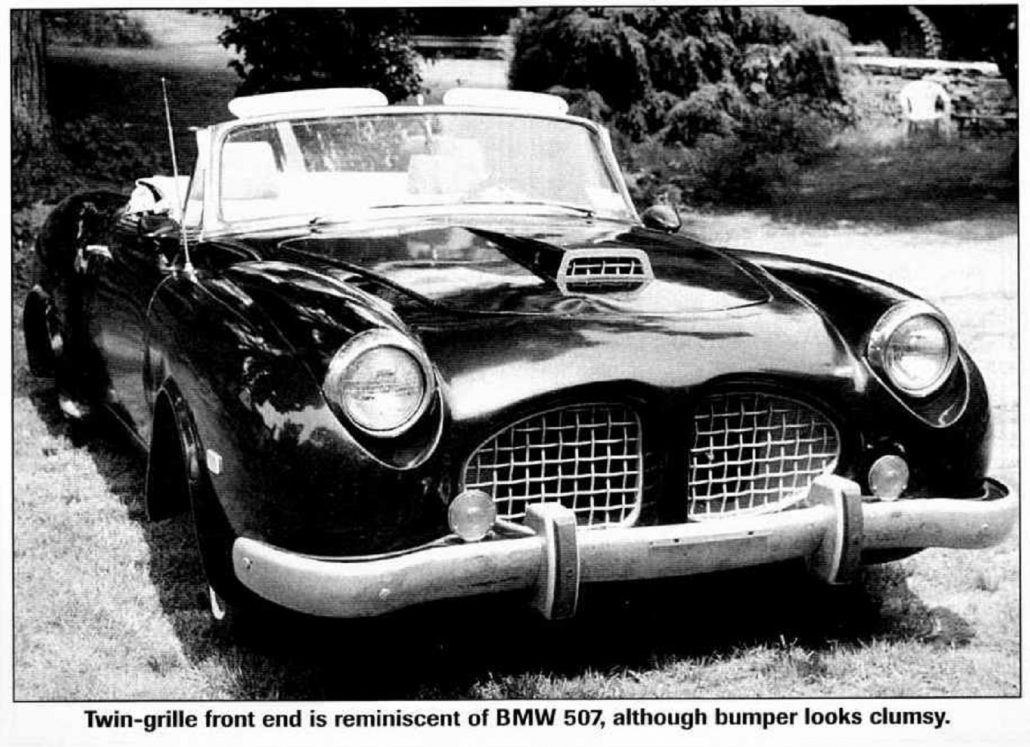 Warren also became an accomplished musician, playing the guitar, banjo, flute and clarinet. He was a member of the SUNY Oneota Orchestra, wherein he played saxophone. He was an accomplished woodworker and, even though his woodshop was rather modest, he built several of his own guitars and fashioned all of his kitchen cabinets with bookmatched rosewood veneer.

Perhaps Warren Wellman’s greatest legacy and surely one of the more compelling contributions to automotive art and engineering is his hand-built roadster. Twelve years in the making, involving thousands of hours, the “Wellman” stands today as a testament to a unique individual and a superior craftsman. 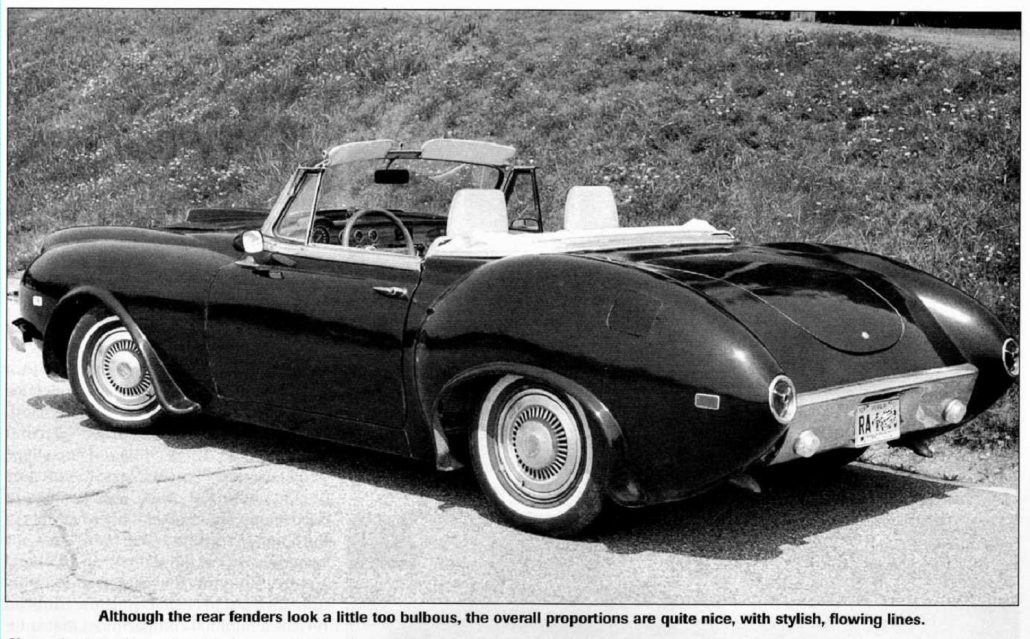 Started in 1970, the Wellman began life on Warren’s library walls, whereon full-size drawings were drafted. He chose a chassis from a 1964 Chevrolet Impala, and cut it down and re-welded the components using an ordinary set of touches, while he worked in somewhat cramped quarters.

A 1954 Chevrolet convertible provided the windshield and cowl as well as the doors, which Warren cut down and adapted for his roadster. A rebuilt but basically stock Chevrolet 283 cubic inch V-8 coupled with a 4-speed manual gearbox provides the power. 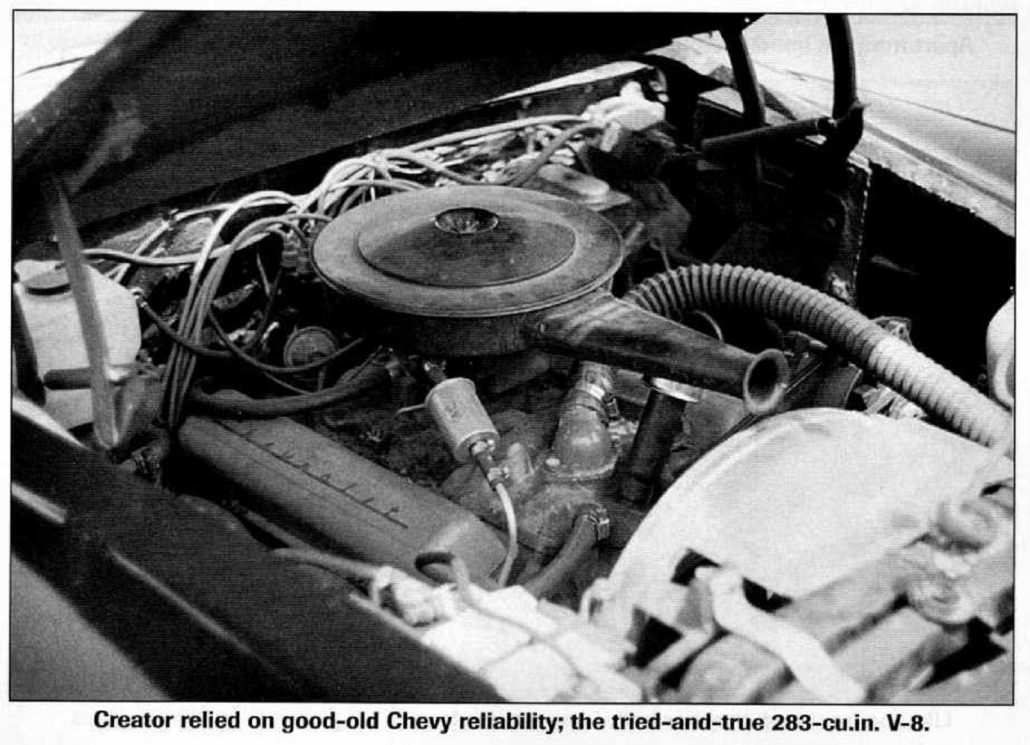 From there the car departs from standard automotive fare and takes on a life of its own.  Warren created wooden molds in which to lay up the fiberglass that comprises the fenders, hood and trunk.  Combined with the shortened chassis, the extensive use of fiberglass to create most of the body yields a vehicle which doubtless weighs little more than 1800 pounds.

The fiberglass does not yield to the touch, proving that it is structurally sound and engineered to withstand lots of road use.  It was Warren’s intention to have the front and rear fenders act in unison with their adjacent components, as the “in-process” photos reveal.  Doubtless, this “one-piece” approach created some interesting engineering problems as final assembly took shape. 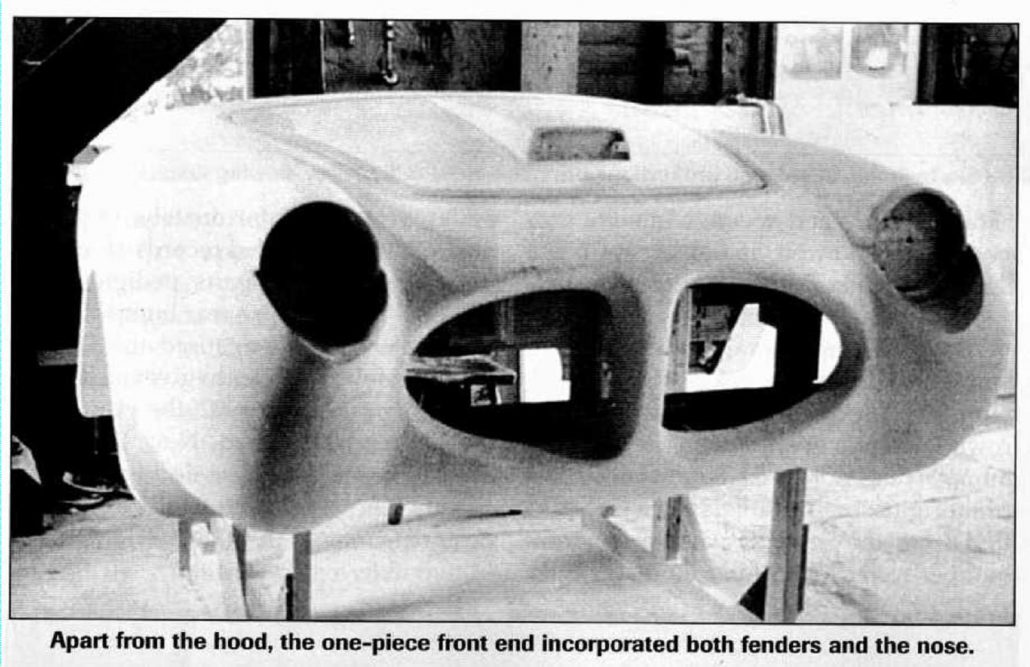 At no place does the blend of steel and fiberglass betray itself to the eye; there are no seams on the body.  Styling cues lend an early sixties European sense of design to the upright windshield and typical, although shortened, proportions of an American chassis. The overall impression is one of grace and speed, while the proportions work well and give the car a decidedly masculine aura, yet hint at sensuous curves.

The rear fenders are easily the best examples of this and also show off the whimsical “peace-sign” taillamps, borrowed from a 1949 Lincoln.  The rear bumper does not easily give away its Detroit origins, but most likely is a junkyard find from the Seventies, while the front bumper seems to be of late Forties or early Fifties vintage.  Unfortunately, the good doctor left few detailed records of his project, and some of the parts’ pedigrees may remain a mystery. 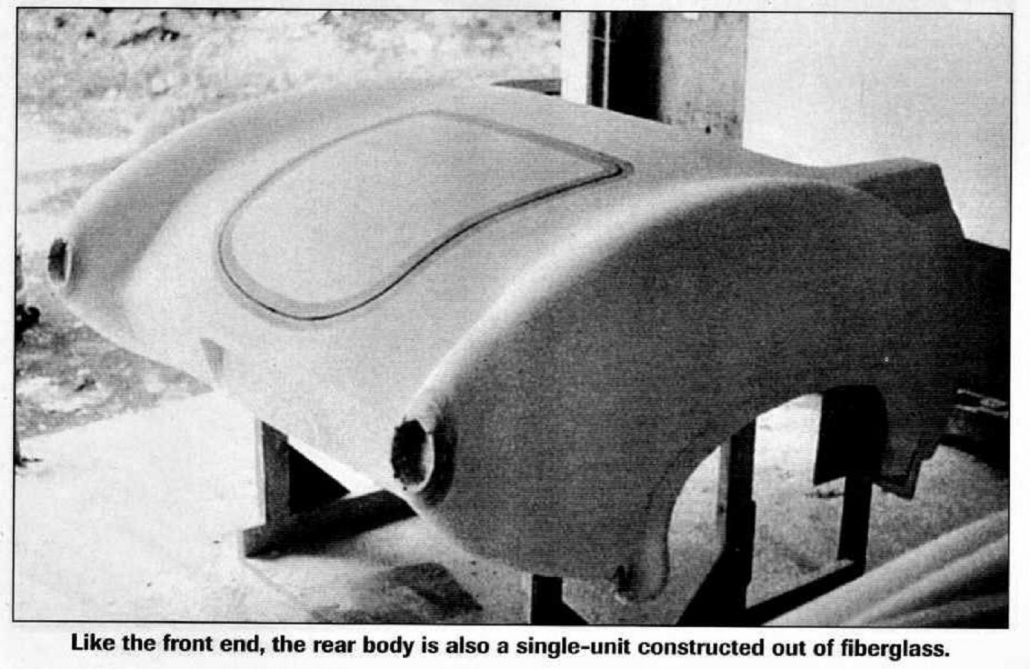 The rear bumper is one of the elements that caused the Department of Motor Vehicles to give this vehicle a thorough check in 1982, the year it was finished and registered.  New York State officials had a hard time deciding how to classify this vehicle, and finally decided to designate it as a 1982 “Homemade Convertible.”

Warren’s considerable woodworking talents are showcased in the interior.  The entire dashboard, steering column and steering wheel are fabricated out of mahogany, teak and rosewood.  The gearshift know and console are also examples of his craftsmanship, but it is probably the steering wheel that deserves the most attention.  The hand grip ring is not, as one would assume, turned on a lathe, but is instead hand carved and is a perfect circle.  While the hub is turned, the spokes are again hand carved and reveal rosewood inserts. 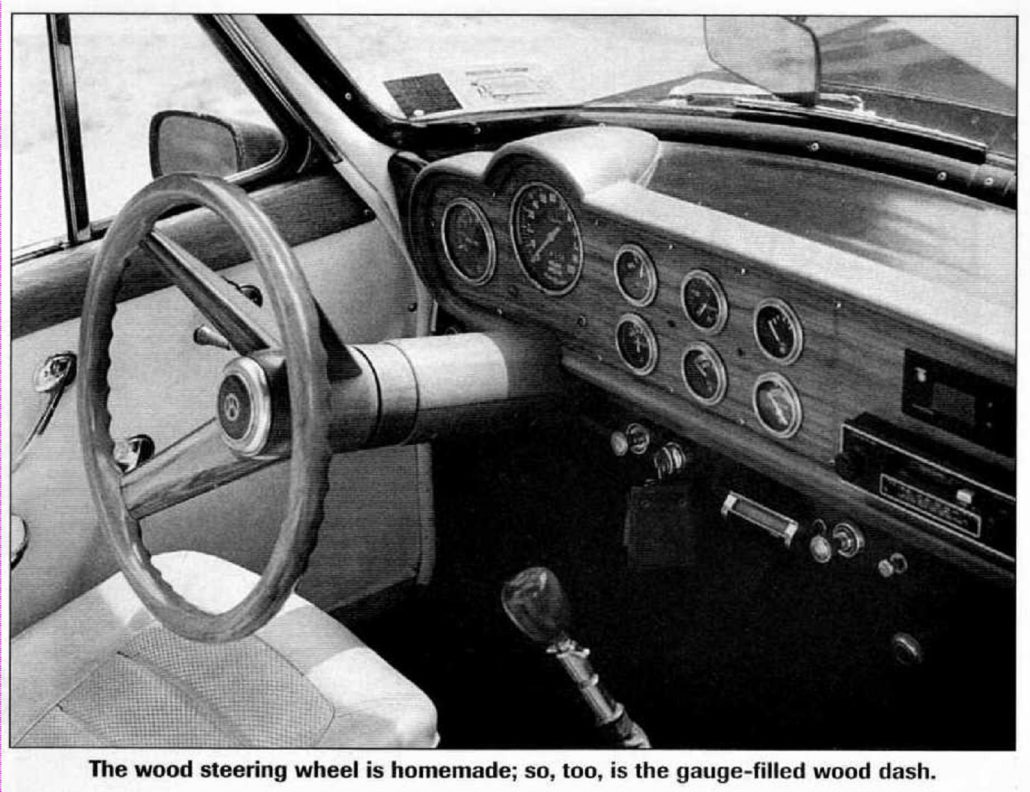 The steering wheel has proportions of thickness and circumference more commonly found on vehicles of today.  The horn button is inlaid with a “W” in silver; the horn, of course, works as do all of the gauges set into the handcrafted dashboard.  The turned gearshift knob features a “W” inlaid with silver, while the glovebox lid lays to rest any doubts about the origin and heritage of this unique automobile.

Other features of the interior include seats from what the current owner believes to be an Opel and a convertible top that is a demonstrably difficult beast to erect. Lifting the trunk lid reveals a minimal compartment that is little more than a repository for the spare.  Long trips with suitcases would be optional for the Wellman owner. 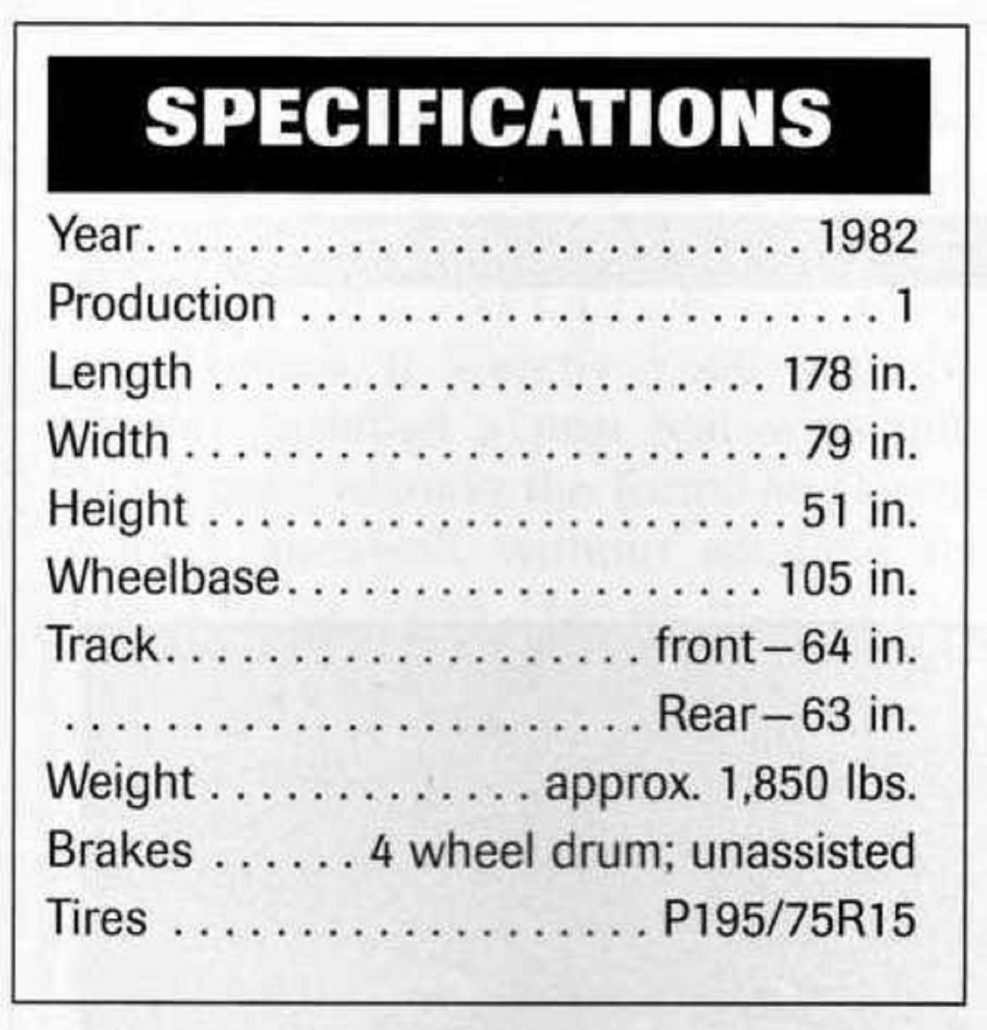 A look up front shows a pair of “bugeye” headlamps that may have been inspired by the first-generation 1958-1961 Austin-Healey Sprite.  In between, there are two separate stainless steel grilles that, at first sight, would suggest pieces borrowed from a heavy-duty industrial application but are actually handmade by Warren.  The fully functional hood scoop repeats the same theme in stainless steel.  A special radiator was fabricated to cool the engine in the cramped engine bay, and the scoop doubtless aids in the cooling.

We had the good fortune to take the Wellman for a drive on a beautiful summer day.  Getting in the car is what one would expect in any low-slung two-seater.  The driver’s position is comfortable but somewhat cramped for anyone over 6-feet tall, yet everything is where it should be.  The engine fires right up and produces a happy burble from the dual exhausts.  The shift knob allows rapid transition through the gears, while requiring nominal effort on the clutch. 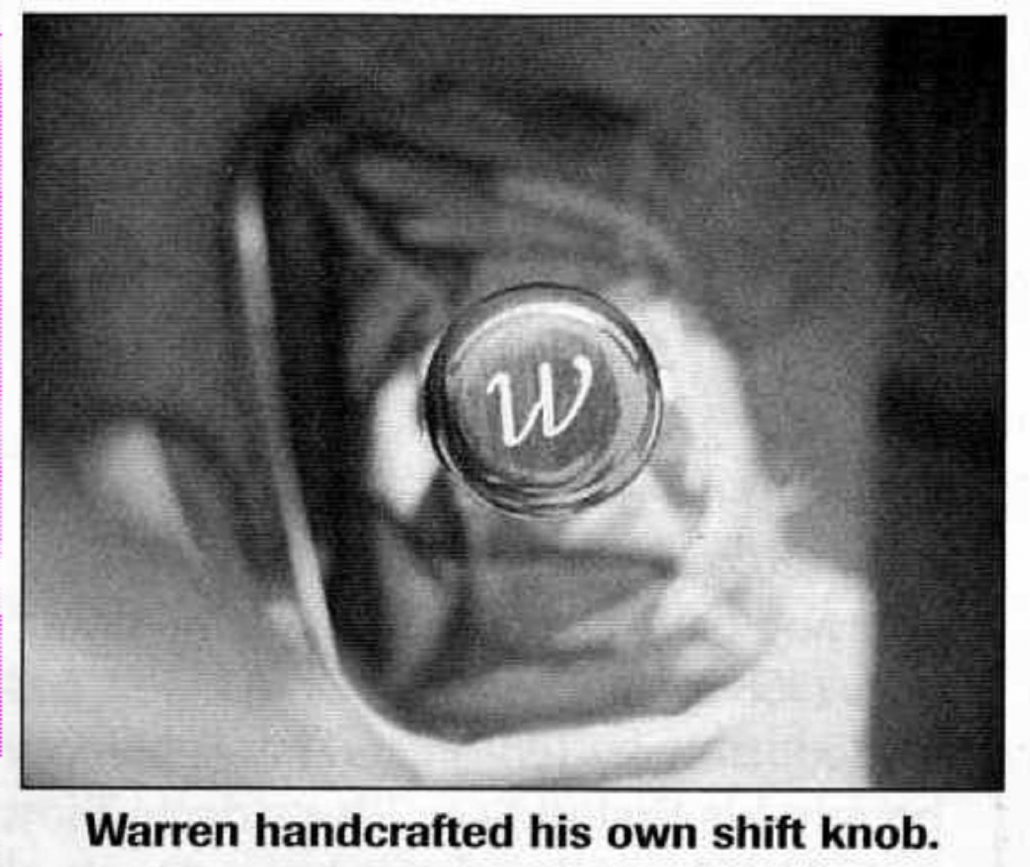 Although no thorough road tests have ever been conducted, given this vehicle’s weight, dimensions and powerplant, it could be realistic to expect it to perform (or perhaps out-perform!) on par with a small-block-powered Corvette from the same era.  Overall driving impression is similar to the 1957-1961 solid-axle Corvettes befitting its Chevrolet running gear.  The four-wheel drum brakes are unassisted and require some effort, but are more than adequate to the task.

At highway speeds the car is absolutely stable.  The current owner reports that it never suffered any major mechanical problems in the 15 years that Warren and his wife had to enjoy the car.  Mileage shows only 13,266 miles on the odometer, confirming the belief that the vehicle has been driven only when the weather was appropriately mild. 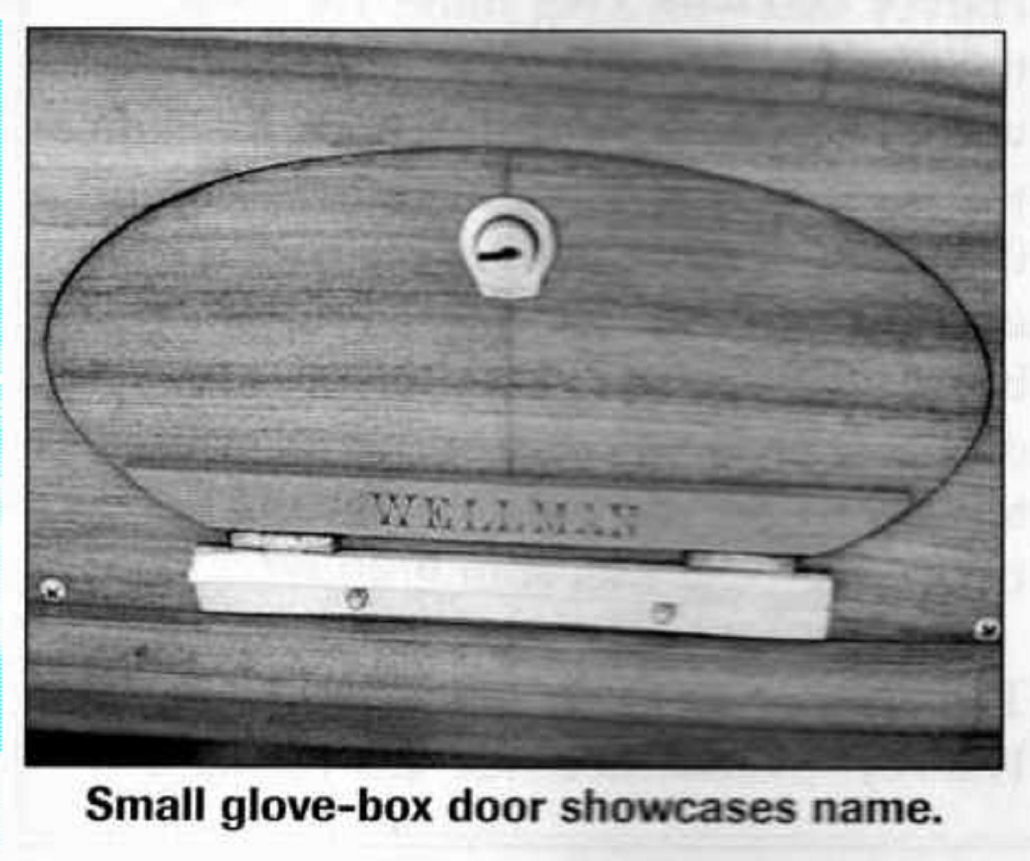 The ride is comfortable yet somewhat stiff, and the seats are low in the cockpit.  There is no noticeable cowl shake, nor does the car seem to be anything but a well-designed and solidly constructed assembly-line item, which it is obviously not.  Leg room is abundant, yet there may be insufficient insulation to keep the feet from getting toasty.  This minor drawback is hardly noticeable, given the full convertible ventilation not to mention the admiring looks from curious bystanders.  The car is a real head turner and garners comments like,

“I’ve seen one of these before”

“What year Alfa Romeo is that?”

Its deep midnight blue color further complements the body shape and warm wood tones found in the interior.  The car shows signs of aging but, with some minor reconditioning, re-chroming of the bumpers and new paint, this one-off special would undoubtedly garner some trophies in the “Handmade” or “Custom” categories.

There could be no more of an appropriate tribute to the man who created this uniquely American work of art, nor is it likely that there would ever materialize another vehicle from the hands of this gifted car builder. Sadly, Dr. Warren Wellman succumbed to caner in August, 1997 at age 62. 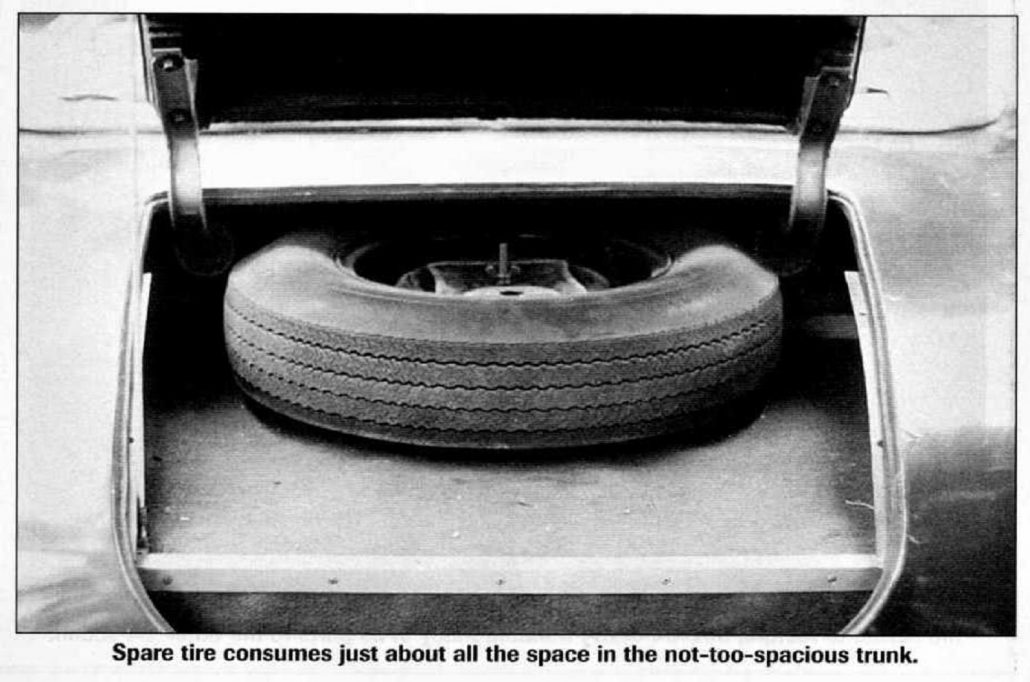 The author of this article, Richard Heldmann, did an excellent job including “build” photos and other details to really share a detailed story on the car.  I think Dr. Wellman would have been proud of his effort.  In the next story we’ll explore photos of how the car looks today, our restoration plans as well as a bonus item that recently came to light that I think each of you will appreciate.