In the last two years, several of our Undiscovered Classics aficionados have begun restoration of the Victress C3 coupes – and that’s great news.  We have Rodney Packwood in California restoring his Packwood Special, John Steggles in Canada restoring his C3 Coupe, and believe it or not – 3 folks in New Hampshire restoring 3 different Victress C3 coupes too.  And did I mention Charles Le Menestrel’s C3 Coupe awaiting restoration here in Tampa, Florida?  That’s a total of 6 C3’s which probably means there are going to be more in restoration out there than we know.  Apparently, the times have arrived for Merrill Powell’s Victress C3 coupe design – and I couldn’t be more excited about this than Merrill himself.

Recently, Cory Flindt has been making excellent progress on his C3 coupe, and I asked him for some photos and to share the story of his car and the work he has completed with all of us – which is the source of the story today.  So off we go 🙂 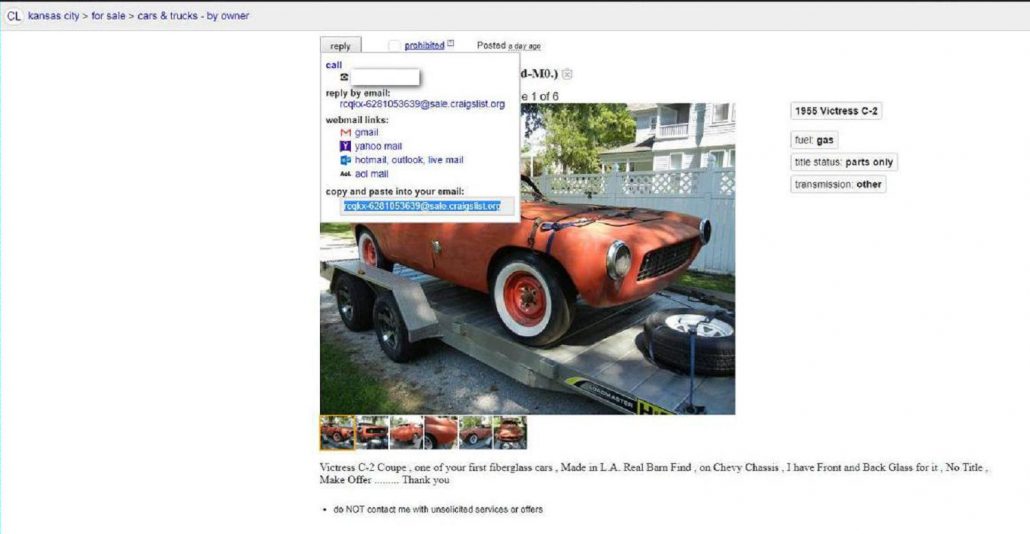 I was on the internet like every car guy wasting time looking for my next project, whatever was cool and interesting. I am a lover of whatever is different and rare (weird, strange, or unusual).  On that particular day I found a 65 Fairlane wagon and a Kellison Astra GT which I fell in love with straight away. Sleek low body that looked like it was going 1000 MPH sitting still. It was a bunch of parts to a once completed car and I had to have it!

I called and talked to the owner who answered all my questions I wanted that car but it was in Oregon and I was in Kentucky. So I figured out when I could get out there and look at it and make an offer. Two weeks later I’m landing in Portland got a rental car and headed south. Once I was on the road I called to get the address and received some bad news he had sold the car the night before!  How could this be he knew I was coming. 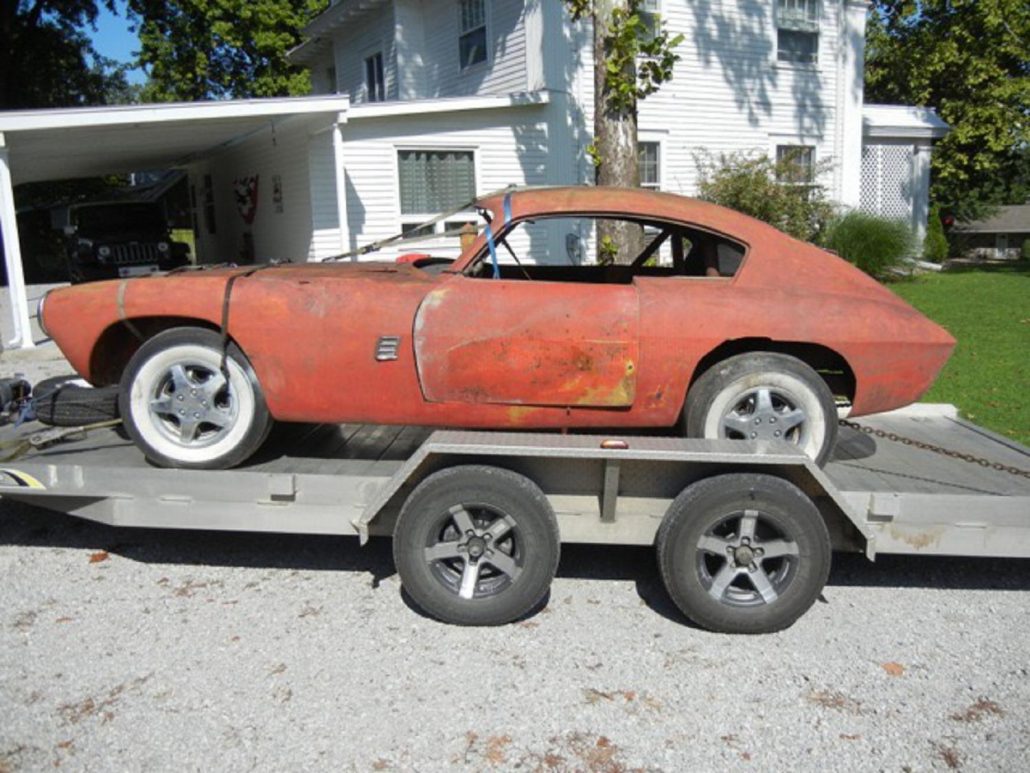 Three days later I was on Craigslist looking at cars once again there it was. Aston Martin looking front end, Mid sixties Corvette rear end. I could see a little Jaguar influence as well. It was beautiful but what was it? I have never heard of 1955 Victress C3 – but I liked it.

I wasted no time this time around I called the seller right then. The car was in central Missouri a 7 hour drive from my house so I hopped in my car and went there the next day. When I pulled in to the driveway it was on a trailer.  But something else caught my eye too – a 1950s or so sprint car that was hand built and raced by some prison inmates in Alabama. Complete and running. It was very cool but not the reason I was there. Oh yeah Victress. 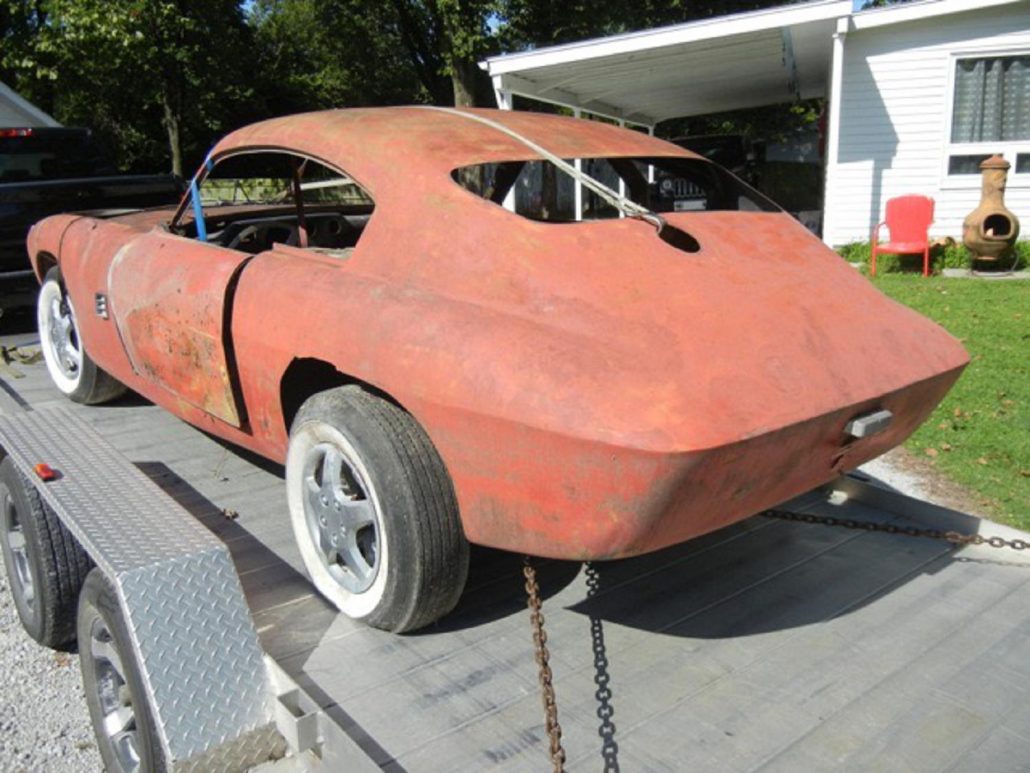 We walked over and I looked at it.  What a mess.  Rotted plywood for the floor, rusted frame on the left side of the body – it looked like it had been slid into a wall and repaired. The front fender had a large crack rear quarter had the same. No glass in it. Looked like it had 1960s Impala tail lights that were filled in with bondo. At one time it looks like it may have been yellow and it had red paint/primer sprayed over it.  There was a nice roll bar that was behind the drivers seat.  It also had a hand made aluminum grill that was never attached.  The rear end was a 1950s Chevrolet.

Well as you might have guessed I bought it – but how to get it home. I didn’t have a truck or trailer so I had it shipped. When it showed up at my house the steering shaft link to the steering box had failed.  It too some pulling, pushing, and even kicking to get it off the trailer and into the garage. 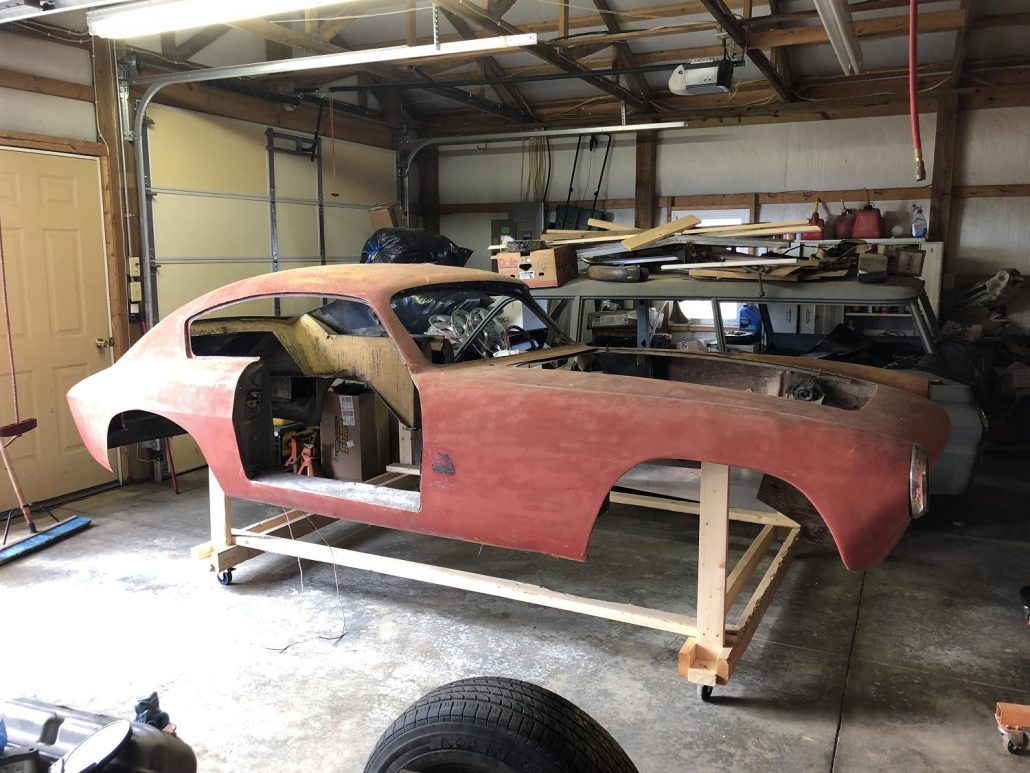 I had the body off in about a day. The frame was unsavable after much measuring and days of internet research I decided that a C1 corvette frame would fit the bill. 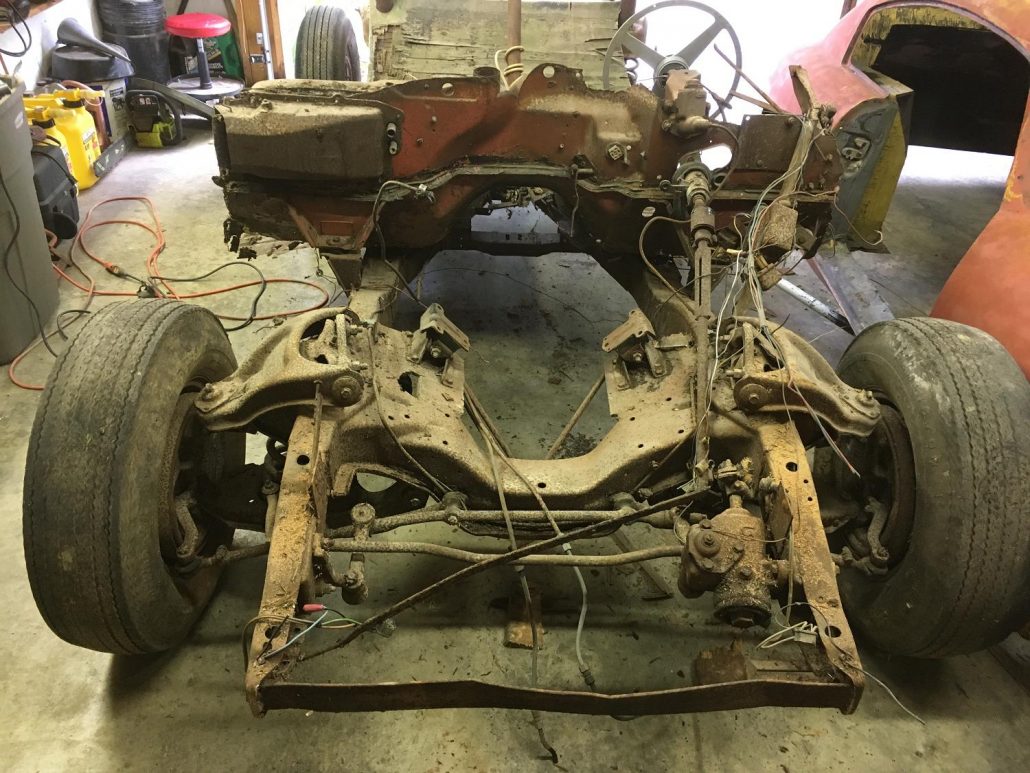 Here is the frame after Cory removed the body. After much debate, Cory and his team decided to replace the original frame with a Corvette C1 style frame – an excellent choice.

After pricing them I decided to go with a tube steel replacement for the C1 frame that was set up for C4 corvette suspension. The frame took some modification to open up a pocket to lower the floor for a seat. We did extensive work to the body including adding a trunk and making an attached fiberglass floor. 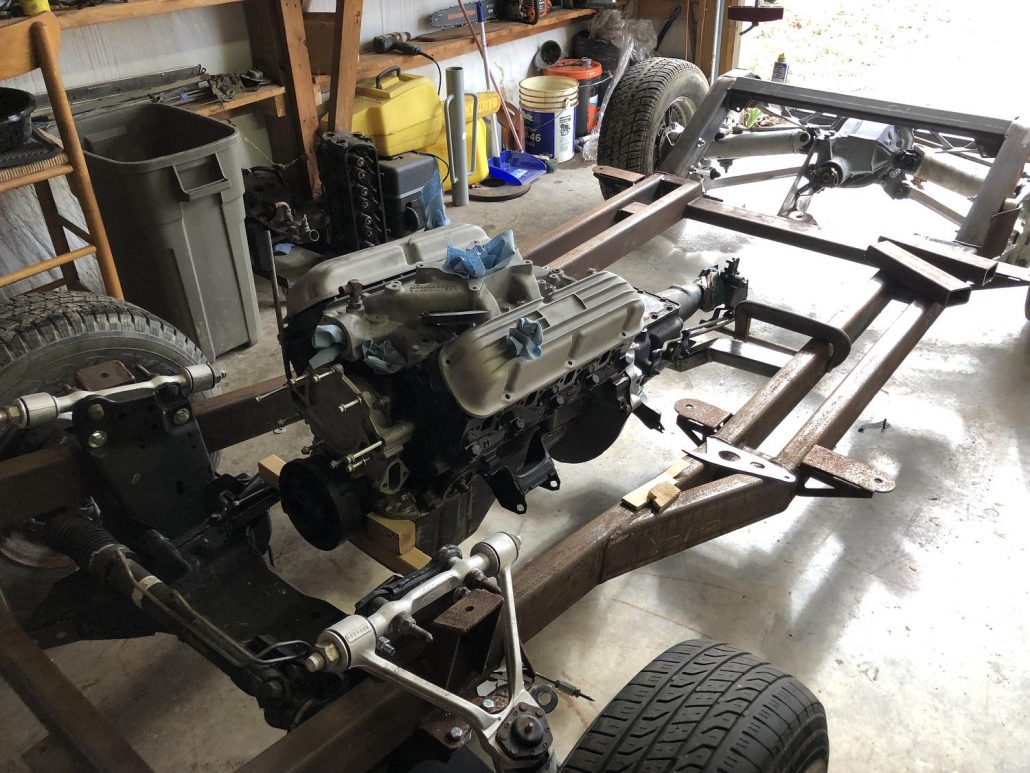 We identified the body as having been built by LaDawri – the dashboard and door design are excellent clues.  In fitting the frame to my car, we had to move the frame rails so that they formed a pocket with a 3 inch drop to out the seats in.  The engine is a ford 289 with a top loader 4-speed transmission and a Dana 36 rear end.

On the body, we created a fiberglass floor and firewall and then attached these parts to the body giving it a lot more rigidity.   We also cut a trunk it and extended the dash 5 inches closer to the floor to hide the air conditioning unit.

We shortened the hood 4 inches and widened the cowl to give more room under the dash and make a more leg room. I am currently wiring it and making a roll bar. Once the roll bar is made then I will remove the body again and sand blast the frame.  Then we’ll rebuild the suspension, brakes, and trans. I am hoping to drive it on the driveway by the end of the year.

Below are some additional photos of the work we’ve completed. 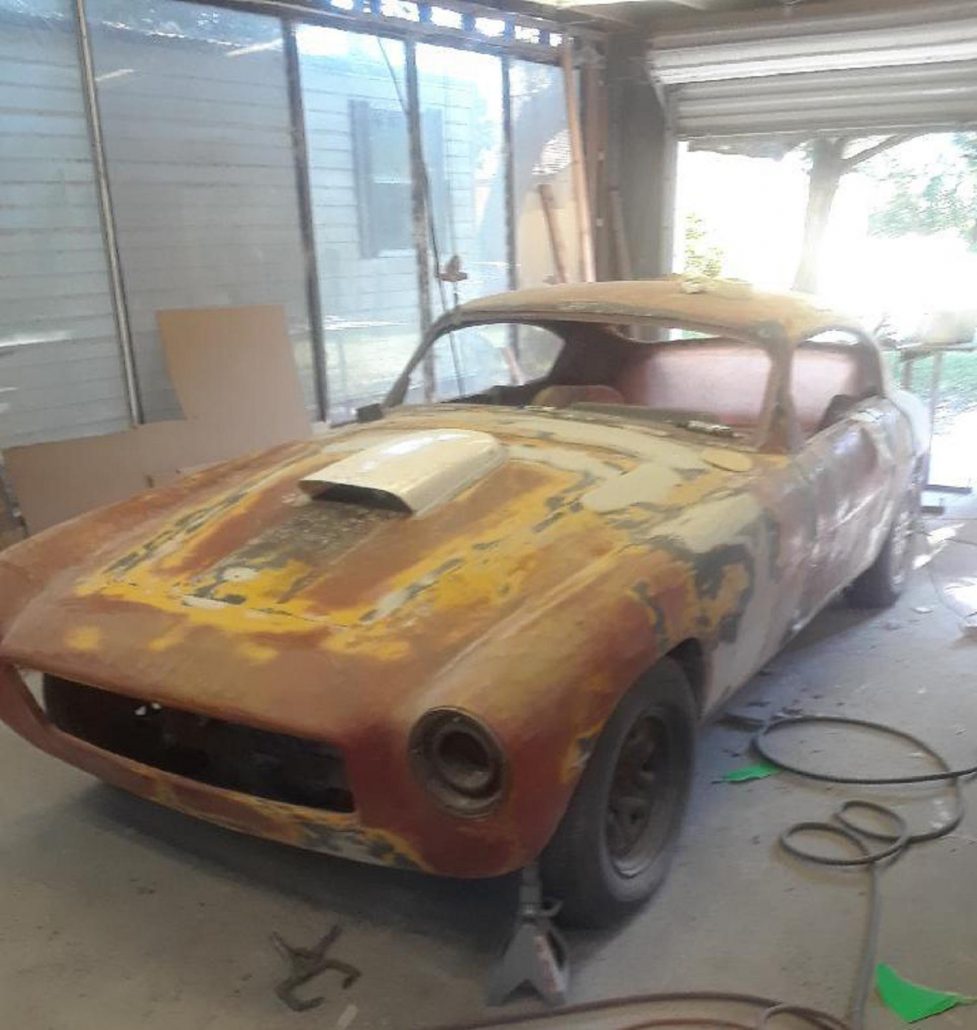 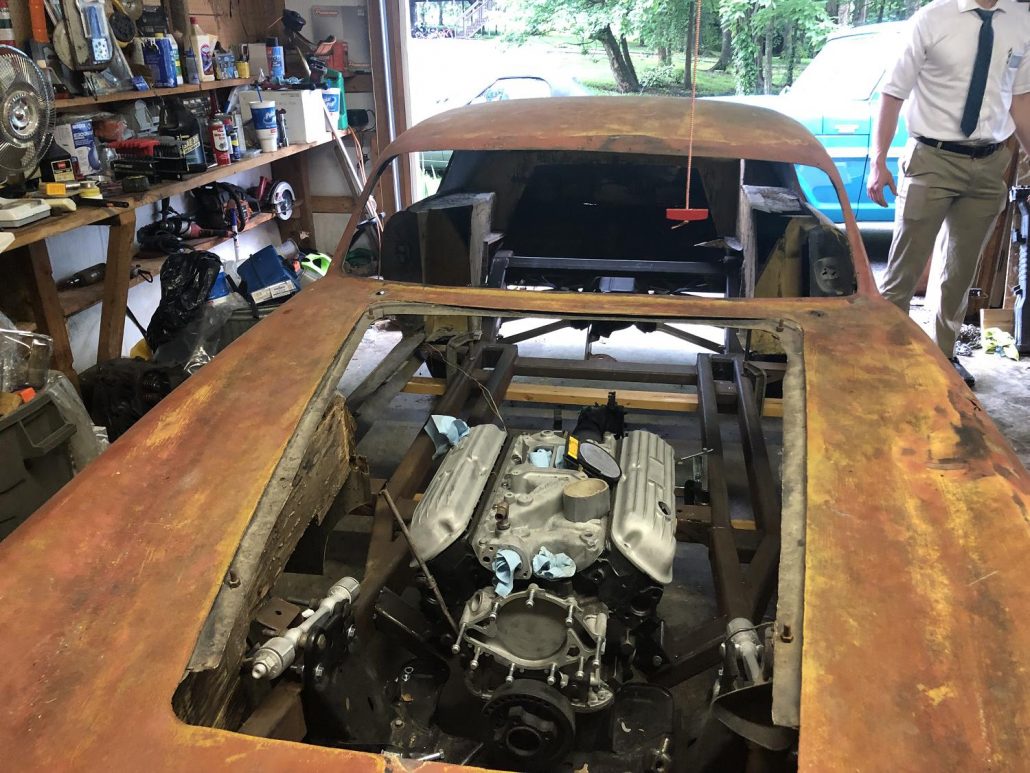 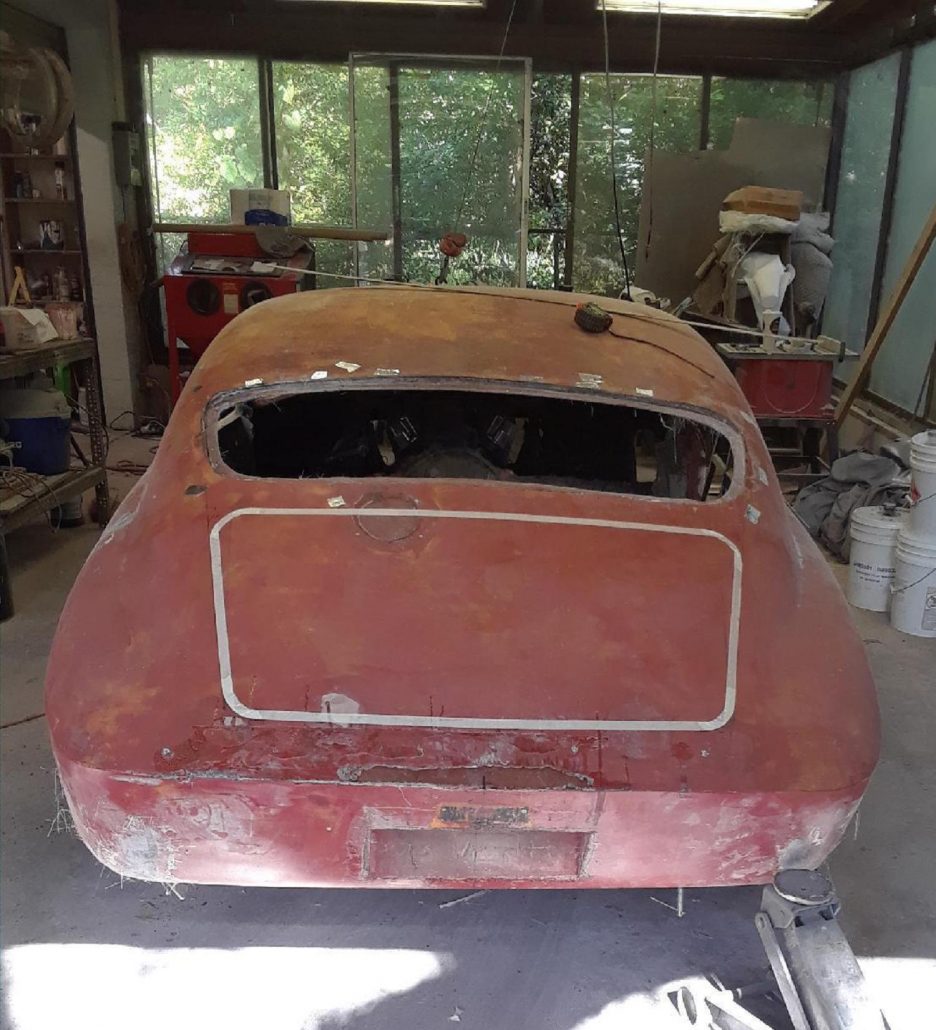 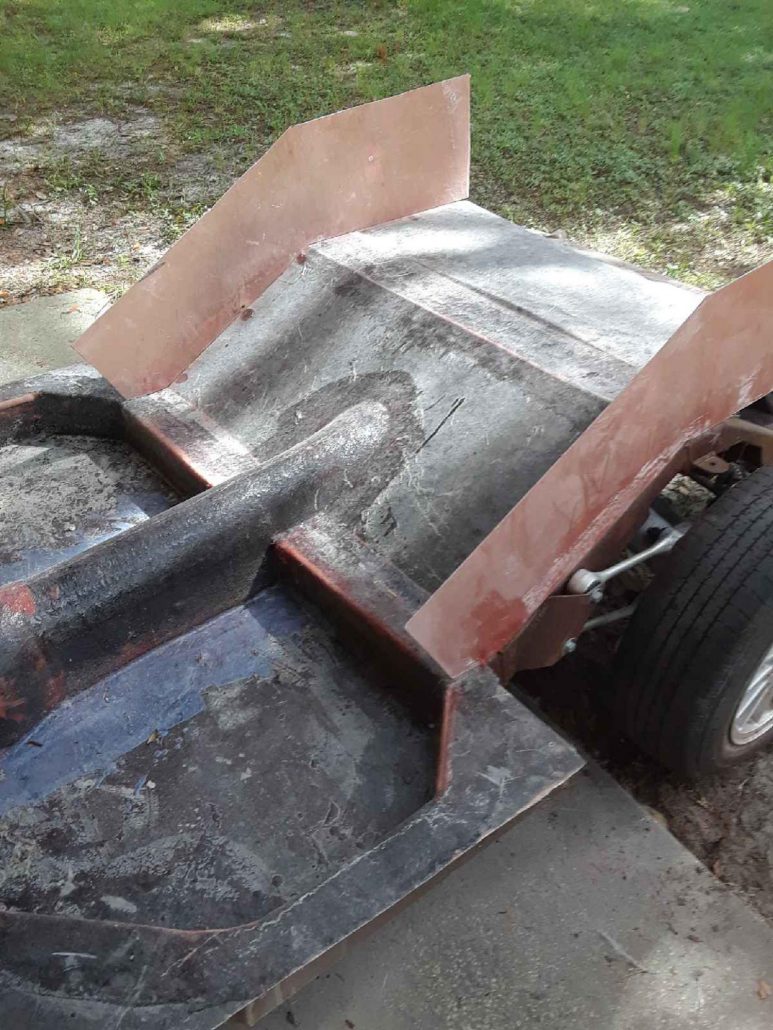 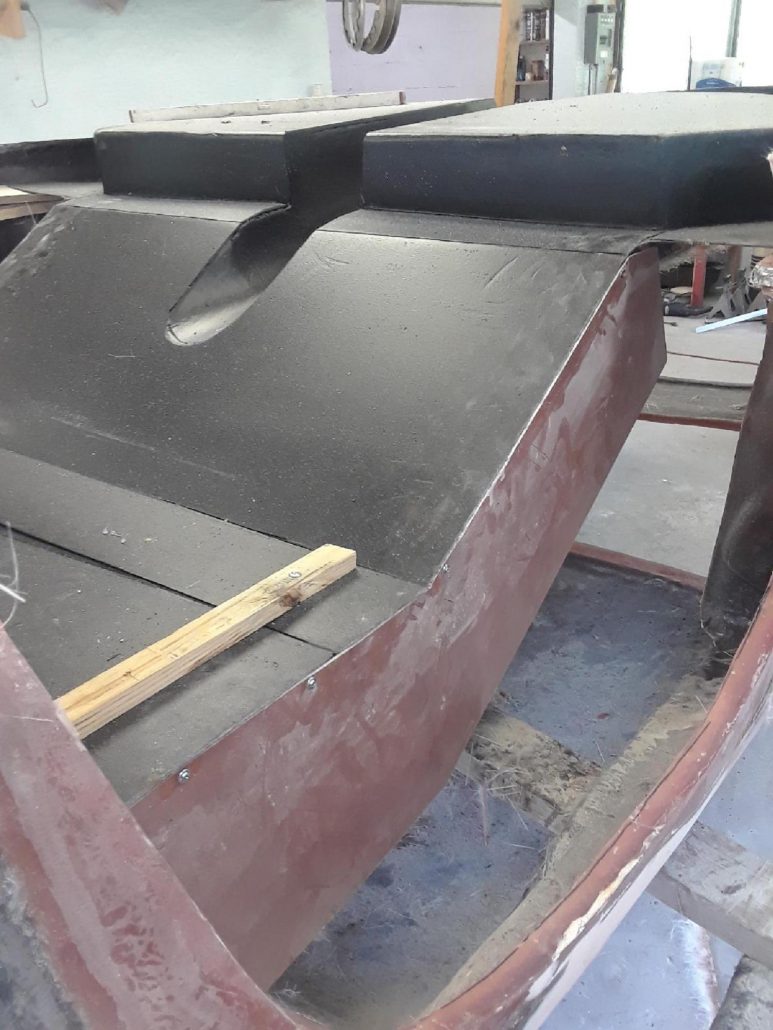 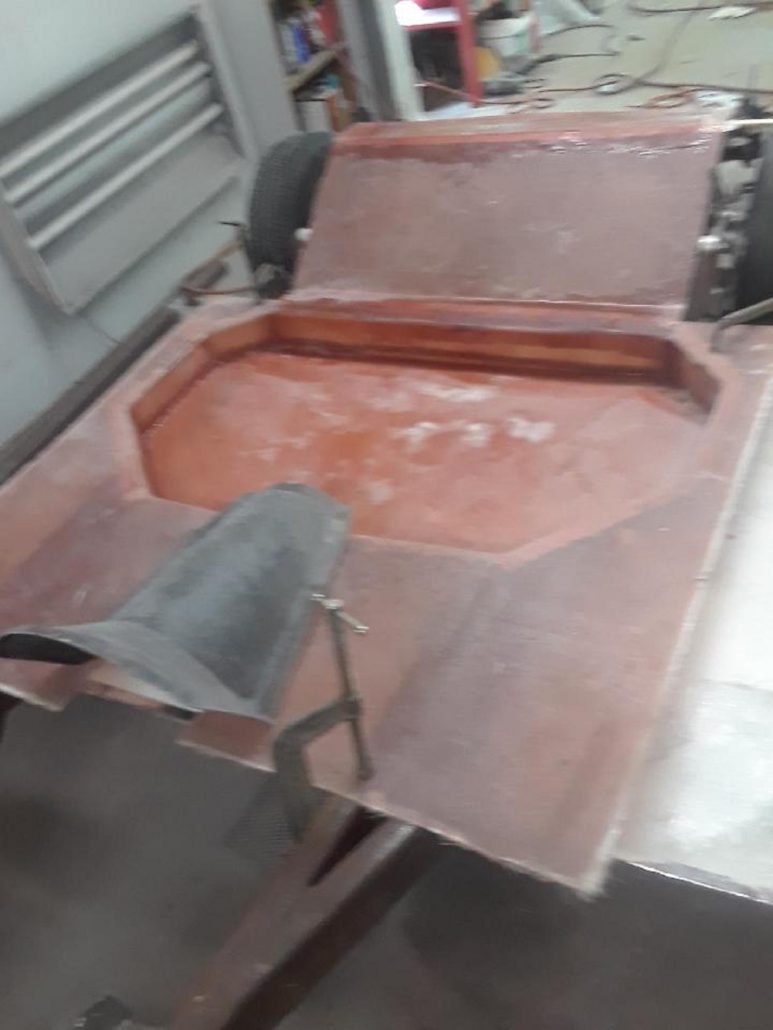 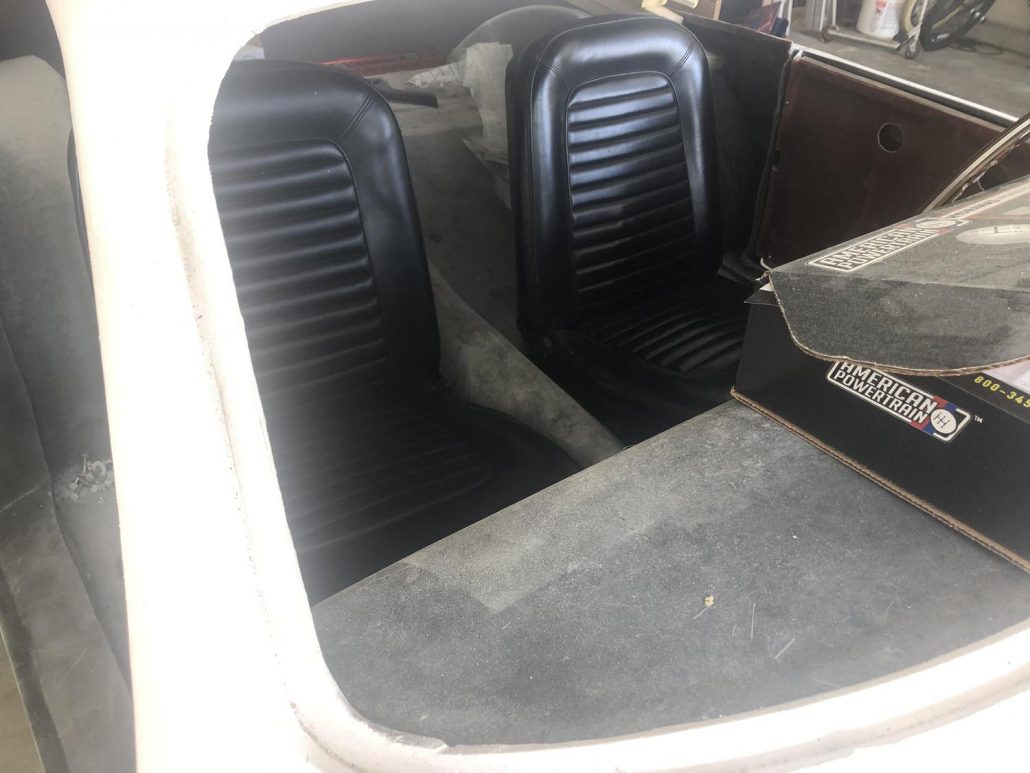 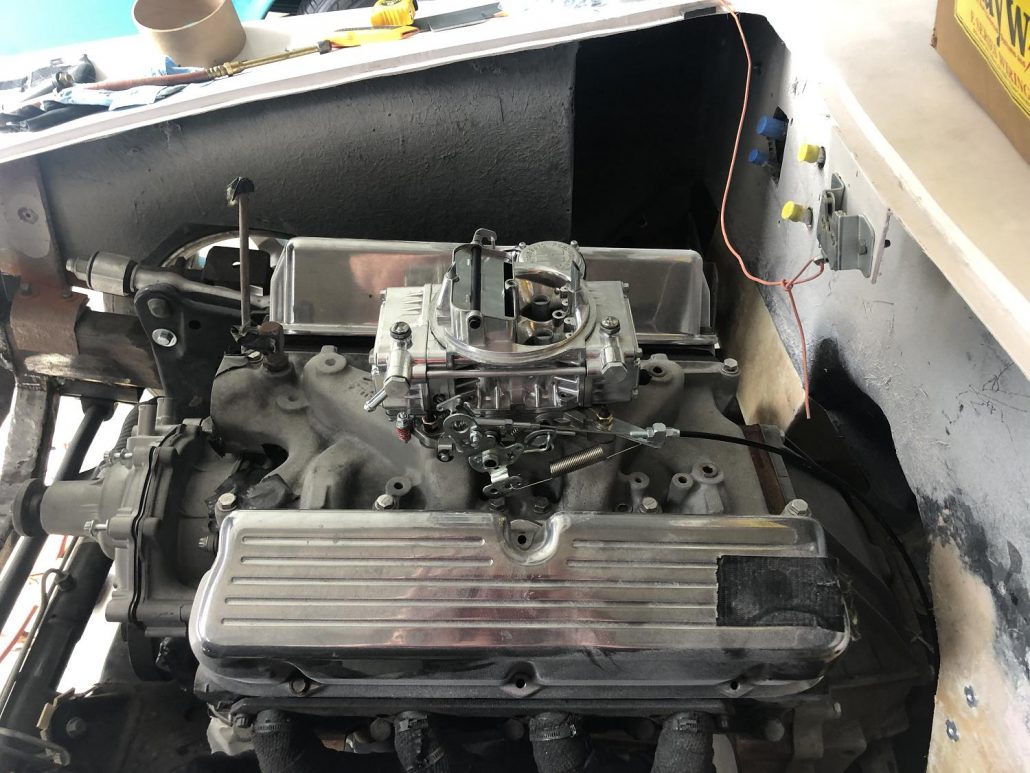 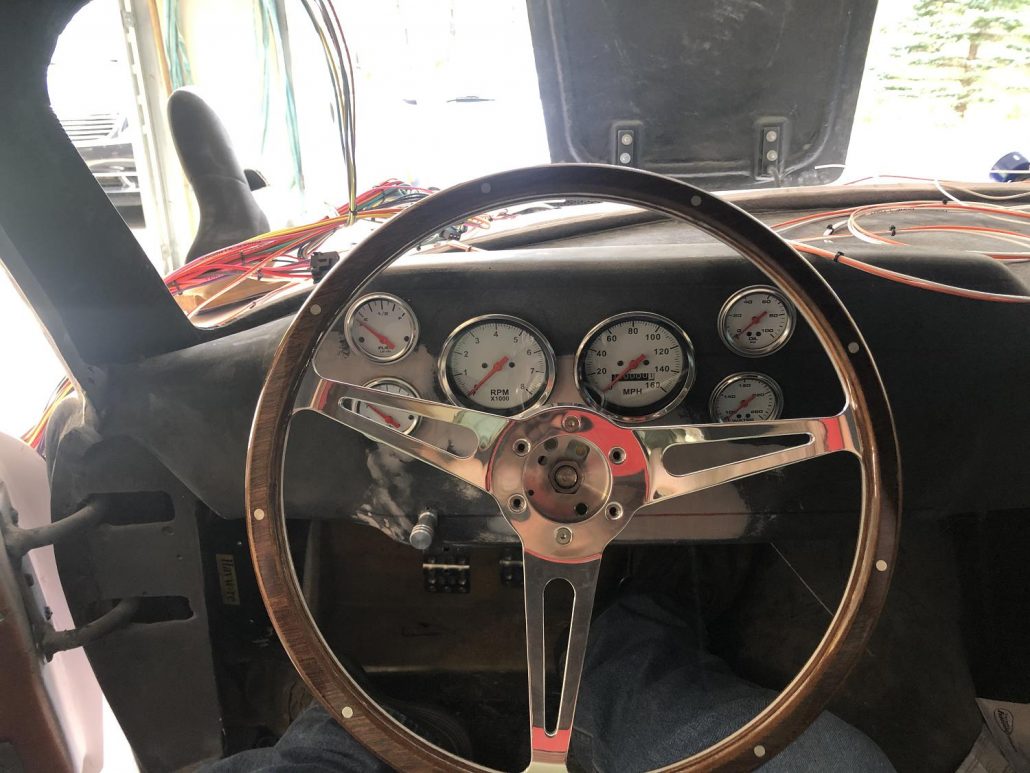 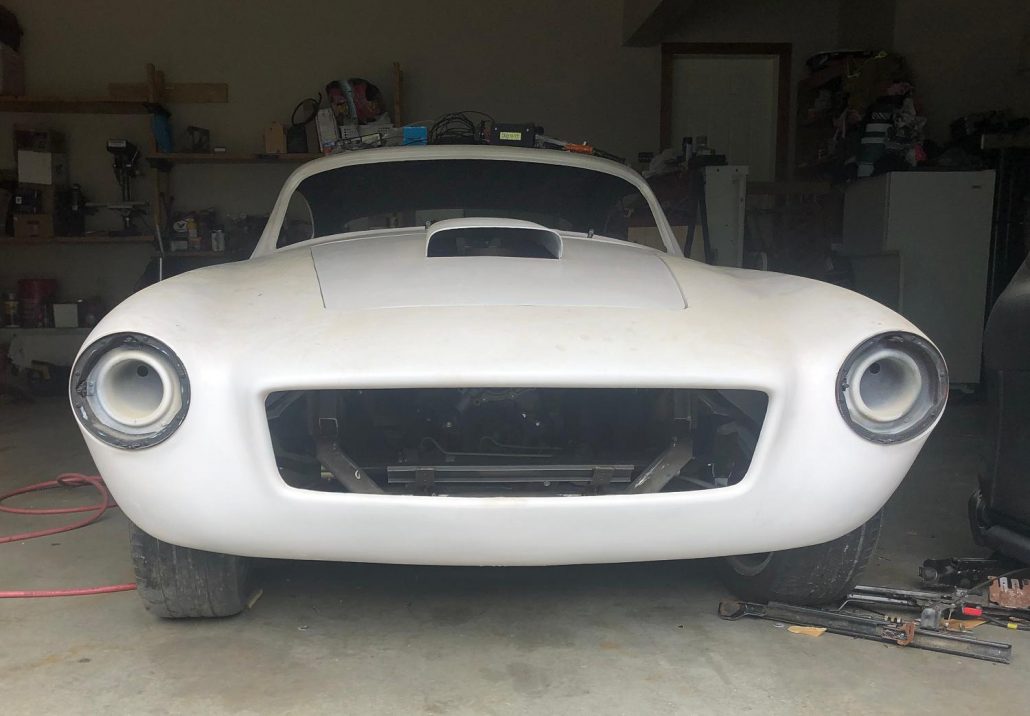 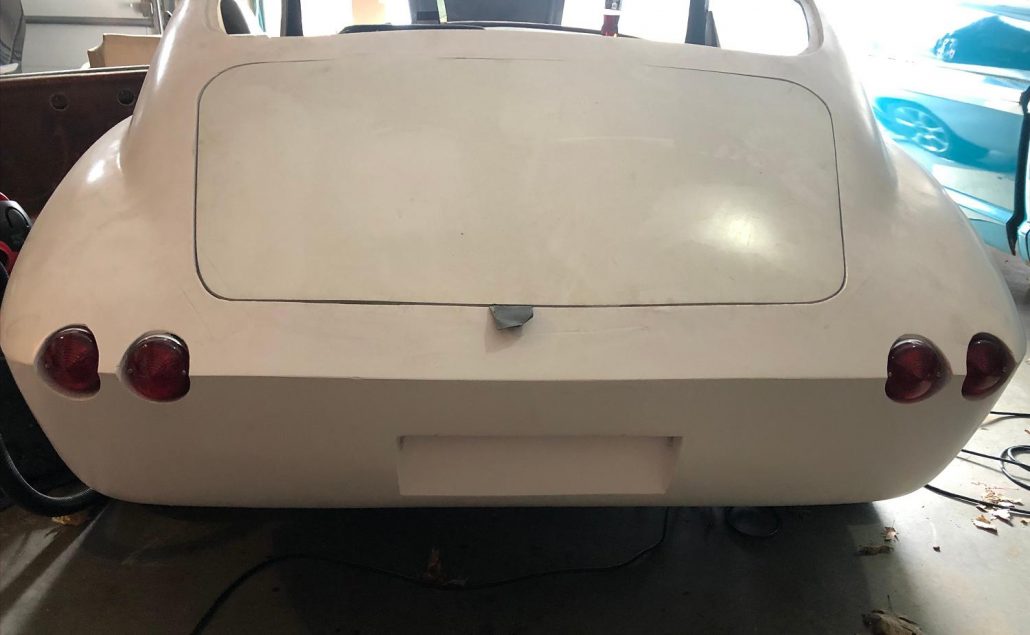 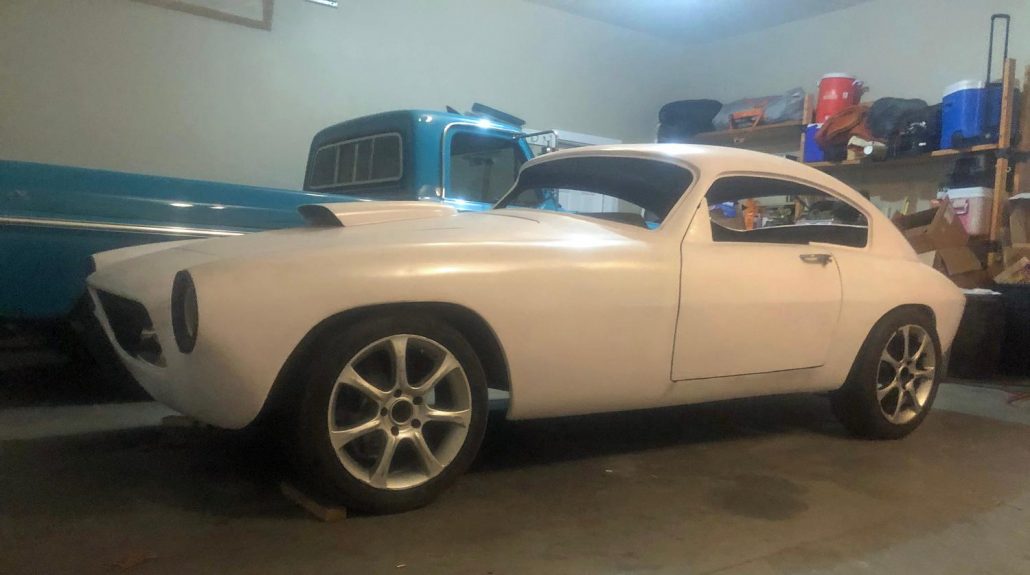 Looks like a great start to this car and Cory is making incredible progress.  I like the chassis he’s put in place which should make this a nice handling sports car.  The gauge setup on the dash looks perfect and other choices he’s made as well.  Nicely done Cory and I look forward to sharing more progress on your Victress C3 as you move forward.  Great stuff! 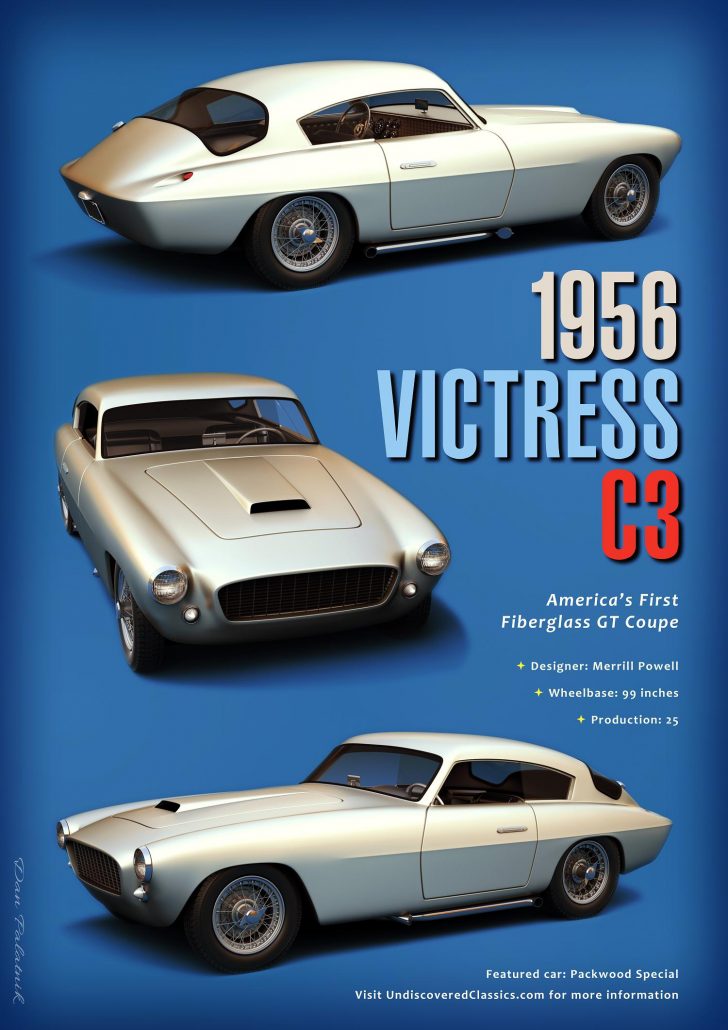