As I’ve mentioned to you before, I’m tracking down the programs for all major car shows of the early 1950’s.  Why, you might ask?  I’m glad to answer.  I’m in search of all the relevant articles and photos of fiberglass sports cars in the 1950’s.  And I’m bound and determined to find all of these sources..

Or at least I hope 🙂

I recently obtained a program from the 1954 World Motor Sports show in New York City.  You’ll learn more about this show and the fiberglass cars that appeared there over future stories here at Forgotten Fiberglass, but for today, I thought I would share a piece of the program for this show that focused on Woodill Wildfire.

Programs from car shows in the 1950’s aren’t what you normally think.  For example, the program is nearly 100 pages long.  It’s full of articles, photos, and documentation seen nowhere else.  I feel like I get a ring-side seat and can pull back the curtains of time – in this case all the way back to 1954.

In this program, two pictures of the recently introduced Woodill Wildfire appear – and I see these pictures repeated in 1950’s magazines time and time again.  Usually with Bill Tritt’s Glasspar G2, though.  This is one of the first times I’ve seen these types of pictures using the Woodill Wildfire. 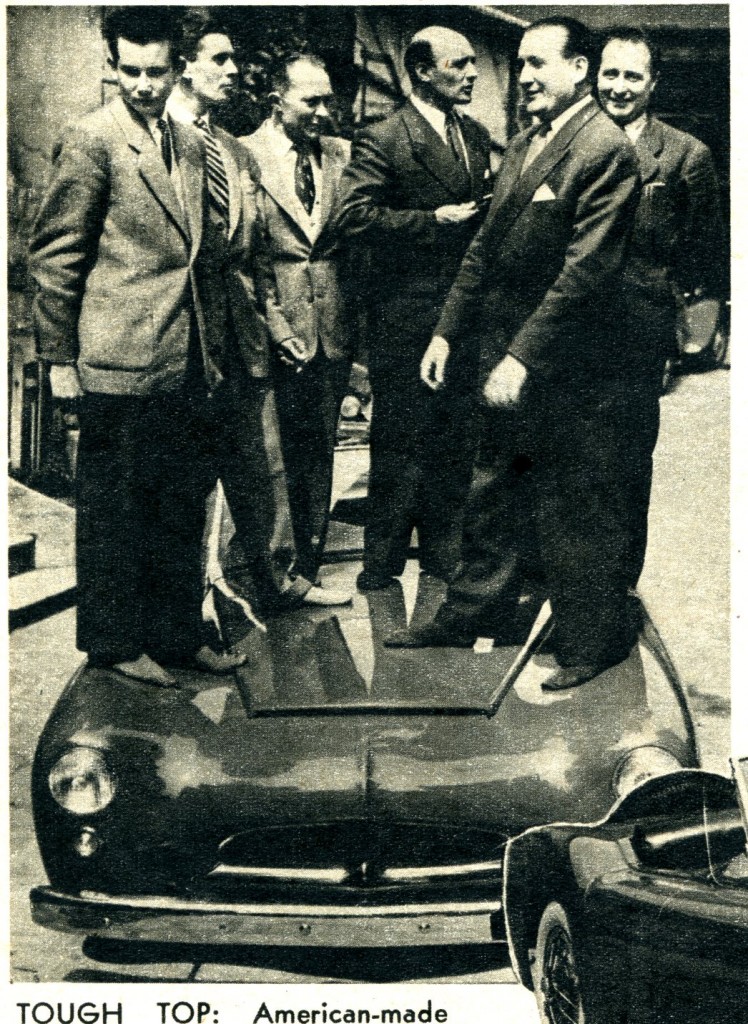 In the first picture, six men are shown standing on the hood of the car.  Bill Tritt isn’t one of them, and I don’t recognize Woody Woodill either.  This scene, repeated in the press many times, was done to demonstrate that fiberglass bodies were as strong as steel.  Not a bad way to do this gang!  Here’s what the caption for the photo says:

“Tough Top: American-made plastic body for a two-seater “Wildfire” proves graphically that it is as strong as steel…maybe stronger.  This many passengers are not recommended.”

This photo was most likely taken as a promotional stunt by Naugatuck Chemical company in 1953 – and the folks standing on the car most likely are people from this organization.  This was the company that produced the Vibrin resin for Glasspar fiberglass boats and cars, and after they had Bill Tritt build the Alembic I for Naugatuck promotional purposes, they built a second car – the Alembic II – to serve that same purpose.  The Alembic II was a Woodill Wildfire, and is shown in this picture.

I’ve been working with Bill Sigworth to further document the history of Naugatuck Chemical and these special cars.  Bill worked for Chemtura for nearly 40 years before retiring – this was the company that had been known years earlier as “Naugatuck Chemical”, and Bill’s research acumen has helped us document the history of both the Alembic I and Alembic II cars in significant ways. 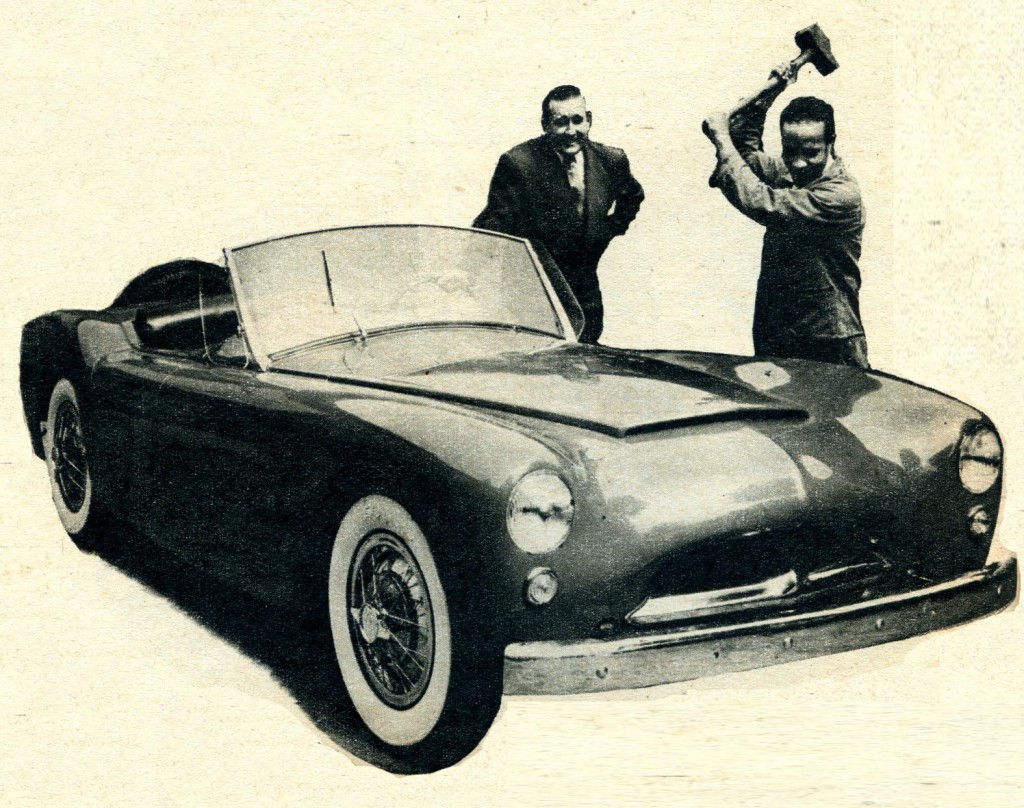 In the second photo, a man is shown swinging a sledge hammer and presumably hitting the fiberglass body.  This was a test to show how tough and resilient fiberglass bodies were.  After all, the public had to gain confidence that fiberglass would be the way to go instead of steel for automobile bodies.  And I’m sure the USA steel companies were not that happy about this promotion.  Here’s what the caption for the photo says:

One of the folks in the first photo appears in the second photo too, so most likely both photos were part of the publicity stunts created by Naugatuck Chemical.

It’s funny.  I’ve seen the “sledgehammer” photo test on the Glasspar G2, Woodill Wildfire, LaDawri Conquest (in Canada at the 1956 PNE exhibition), the Triplex Chicagoan, and others.  In fact, the first time I saw a demonstration like this in print was an article about Henry Ford and a demonstration he did using an axe to pummel a 1939 Ford plastic/fiberglass trunk lid.  It seems a lot of fiberglass sports cars were being “wacked on” using sledgehammers at various times in shows to demonstrate their strength.

Oh….and by the way…don’t any of you get any fancy ideas and come heading over to my house with a sledgehammer to test out my cars.  This is one type of exhibition that Rick D’Louhy and I never plan to duplicate at any of the upcoming Forgotten Fiberglass shows in the future  (I don’t recommend this test on your cars either, gang). 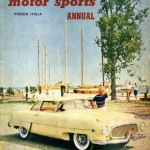 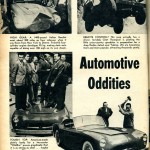 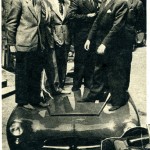 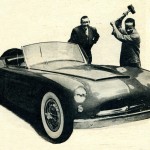 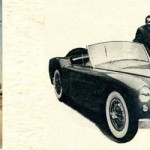