Bill Tritt of Glasspar was one busy guy!  Just think of what he accomplished in the world of automobiles in just a few short years:

And don’t forget – Bill reminded me once that cars were a very small part of what he was doing.  Fiberglass boats were  the company’s focus, consuming 80% to 90% of his daily time – if not more.

As I said before….Bill Tritt was one busy guy!  Let’s discuss this last car – the Volvo Sport – in more detail. 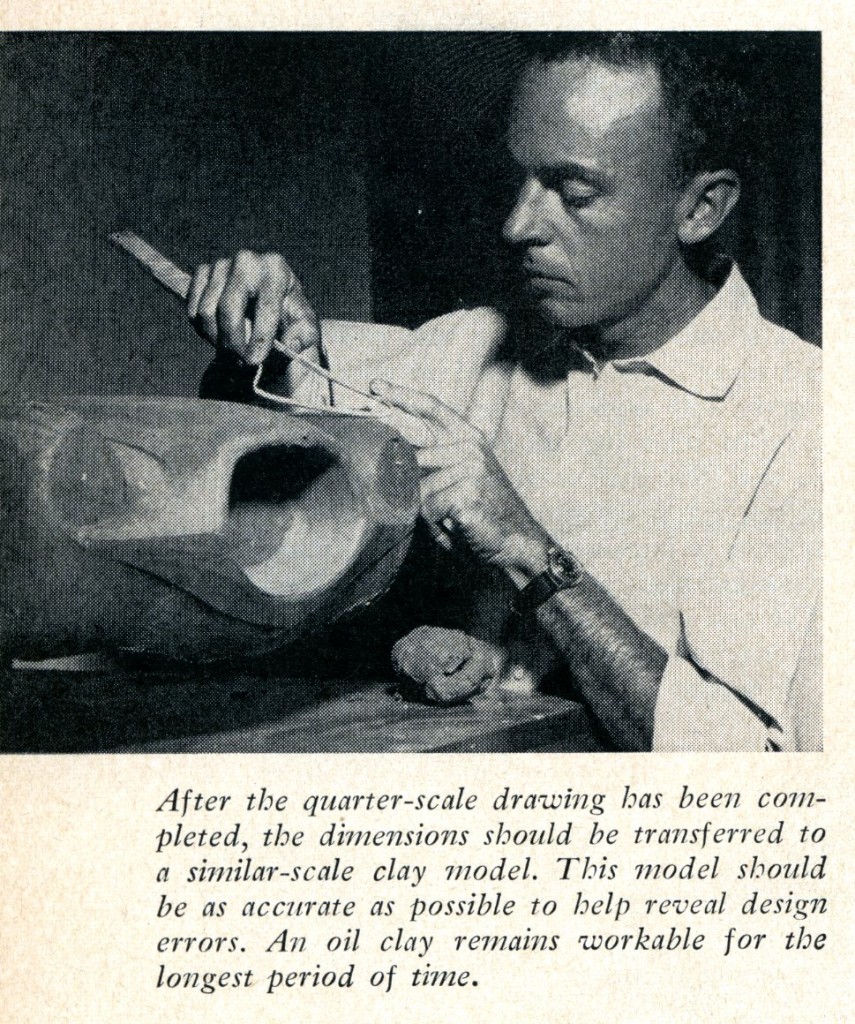 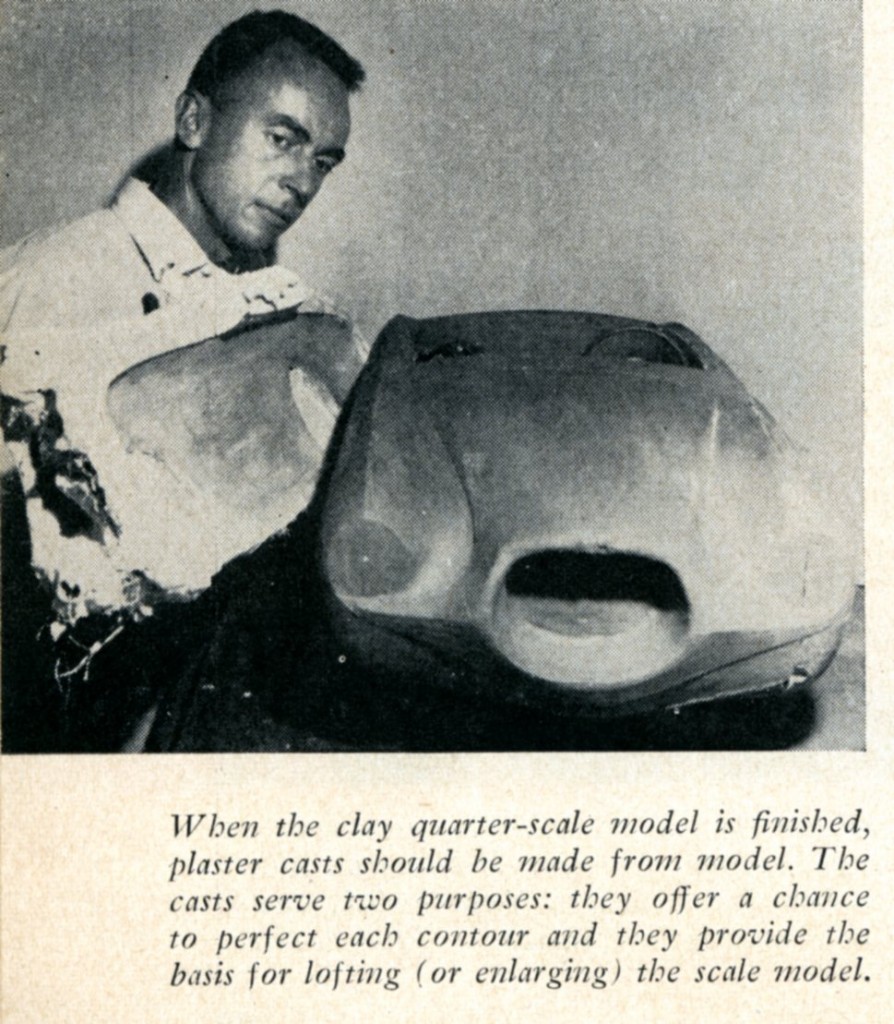 So it makes sense that Volvo sought out Tritt when they wanted to consider putting their ideas of a fiberglass bodied Volvo sports car on the road.   And that’s just what they did.  There are some excellent articles about the Volvo P1900 on the Internet.  Here are two for your review:

Today’s article is one of the first on the debut of what was called “The Volvo Sport.”  This same car is also known by the model designation “P1900.” 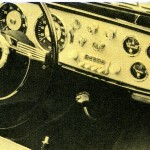 The souped-up version of the Swedish Volvo car, to be made on a quantity basis at the Goeteborg factory, is the first European car to have a plastic body fitted in series production; Reaching just under the 100 mph mark, the 1870 lb car with a 70 horsepower 1 and ¼ liter powerplant is expected to become a best seller, due to sportive performance, relatively low price, and the traditional longevity of engine and chassis.

The Aktiebolaget Volvo, Sweden’s top automobile factory, which turns out trucks and one type of passenger car – the PV-444 – plans to build one sports car per day beginning this fall. While the overall design decision is final, details may be changed, the factory says, just as the price of 20,000 Swedish crowns (about $5000 when using the official rate of exchange as the basis) is only a ceiling price estimate.

The basic “PV-444” was created in 1950.  A mono-built chassis/body construction provided relatively low weight. The 4 cylinder engine of 44 horsepower output, and a weight of about 1,900 lbs, made for a horsepower to weight ratio of 43 lbs per horsepower.  Thus, a lively performance topped by an 85 mph speed is considered very good for a 1,500 cc engine.  Coil springs both at front (independent wishbone suspension) and at rear (straight axle) do the utmost for comfort, and the large-volume 5.90 x 15 tires for additional shock absorption. 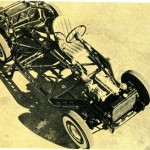 On the engine side, a robust and long-lived OHV engine, operating on a compression ratio of 6.5:1, turns out at 4000 rpm maximally 44 horsepower, with maximum torque in the 2200 rpm range.  The sports version now in the final stage of testing and readying for limited “mass” production uses the same power plant.  But  here the changes pour in:

with two SU-type carburetors fitted to a new large-diameter intake manifold raise engine performance figures in three ways.   First, the rpm range is increased from the stock 4000 rpm limit to 6000 rpm.  The resultant horsepower is listed at 70, and the maximum torque range is now 3500 instead of the stock model’s 2000 rpm.

The transmission gearing hasn’t been changed and neither did the rear end ratio experience any change.  With the same sized wheels (tubeless tires are used for greater safety and decreased unsprung weight), 155 kilometers per hour are reached, or exactly 96.875 mph. 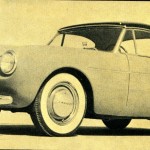 This increase in speed in not only derived from the greater engine output.  The sharply decreased weight comes from the new frame and from the new plastic body.  The frame is a double-pipe frame of 2 inches diameter (per pipe), the longitudinal frame sections extending to the tires’ center line.  This provides a very wide seating space, divided in the middle by the high torque shaft hump.

The plastic body was, as a prototype, manufactured in the United States and shipped to Sweden.  Volvo, in planning to establish a small plastic body craftshop on its factory premises, is to establish the first European plastics body shop.  A special feature of this body is the roof.  To enjoy both roadster driving and yet have sufficient protection in the long and cold Scandinavian winters, a detachable plastic top with wide rear window is planned.

In its announcement of the new model, the Volvo company pointed out that tests are under way to color the plastic material for an everlasting finish.  So far, glass fibers show through the plastic coating, but in time, Volvo hopes, the present surface painting will cease.

Sporting a horsepower to weight ratio of 21.71 lbs per horsepower, the car comes close to American ratios.  This should be represented in good acceleration (no data available as yet), especially with a specific output of 0.764 horsepower per cubic inch piston displacement.

The few years of production of the stock “PV-444” have gained the Volvo good sales, and Sweden – the traditional land of steel – a very good automotive name (in the smaller production field).  The Volvo sports will now without doubt try to establish and to prove its abilities in sports events.  It should do quite well. 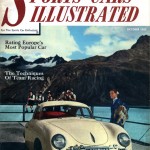 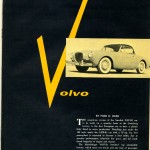 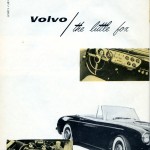 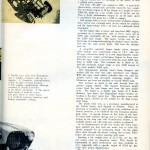 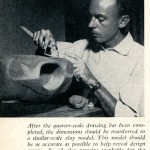 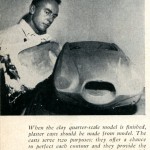 Here’s Another Picture of Bill Tritt At Work On The Volvo Sport Proposal (Manual of Building Plastic Cars, Trend 1954).

Caption: “The Plastic Body Made of Artificial Resins and Glass Fibers As Inner Layers Is A Synthesis Between American And Italian Automobile Stylings.

The Dashboard and Instrumentation Of The Volvo P1900 Was Well Designed And Stylish. 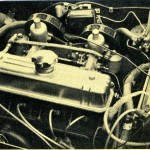 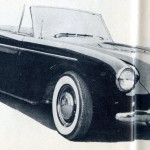 Caption: “The Plastic Body Made of Artificial Resins and Glass Fibers As Inner Layers Is A Synthesis Between American And Italian Automobile Stylings.

Caption: “Double Type Rails With X-Members and 5 Tubular Crossbars Add Up To Rigidity. 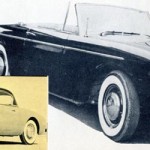