As promised, here’s another fiberglass special showcased in a Ford Times magazine – the J.A. Wright Glasspar G2 Special – and this one’s built in Covington Virginia!  That’s a long way away from California – the heart of where most of these “Specials” were being made.

What’s interesting about this article is that it showcased the work of another Ford Dealer – and one that did custom work – and restoration work – too.  I think of automotive dealerships today as doing one thing – selling cars produced by the company(s) they represent.  I don’t think of them as multi-purpose organizations doing antique car restoration, sports car building, and other projects too.

As with the recent article about another Glasspar G2 appearing in a Ford Times magazine article, this car was built by a Ford dealer.  Pretty impressive gang.  Rick D’Louhy and I know of 15-20 automotive dealerships (mostly Ford) from the early 1950’s who built their own sports car(s) to sell.  This certainly was unique to the times, and something seen no more.

I checked and it seems this dealership is no longer around, but that doesn’t mean that it wasn’t merged with an existing dealership.  Perhaps one of you in the Covington, Virginia area might do a bit of scouting around the dealerships there.  You never know…. you might find the original build pictures and the history of the Glasspar G2 shown in this story.  Maybe the car itself.

As I mentioned previously, that’s how Rick D’Louhy and I have found some pretty neat things gang.  And we welcome and encourage all the research each of you might do.   Keep us posted on what you find 🙂

As with all Ford Times articles, I’ll present the entire article and pictures for your review. 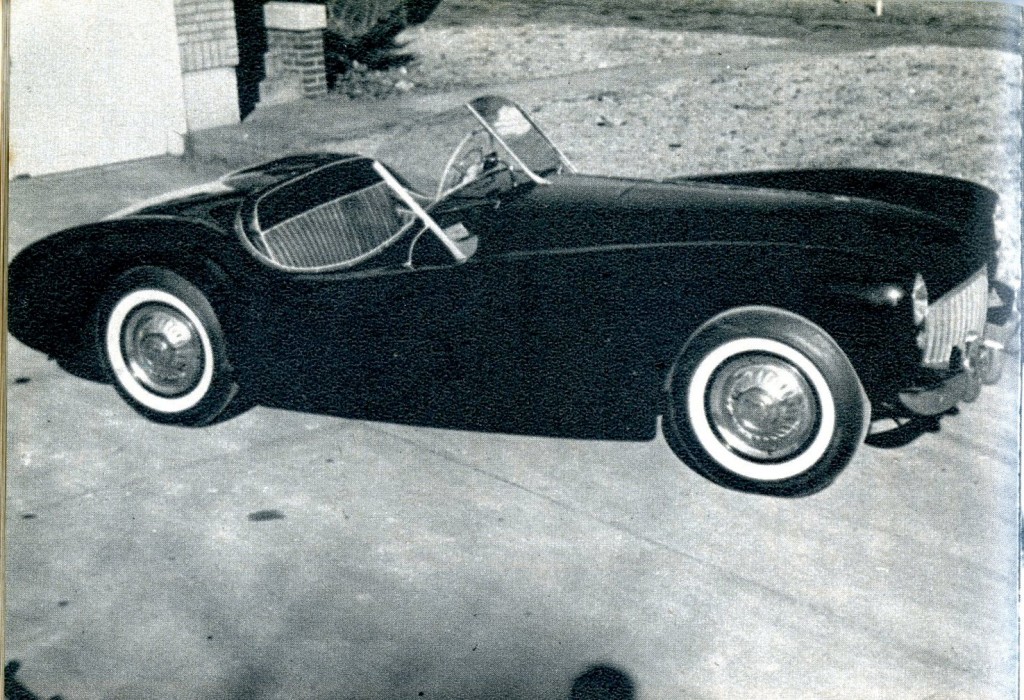 If J. A. Wright, Ford dealer in Covington, Virginia, builds many more of his trim, well-styled custom and sports cars, his city may become the re-styling center of the East.  During the twenty-five years that Wright has been a dealer, his shop has turned out a dozen or more of the dream jobs, and authentic restorations of antique cars as well.

Pictured above is one of his latest, a fiberglass sports car body on a modified 1949 Ford passenger car chassis.  The frame was widened, the wheelbase reduced to 102 inches, and the floor lowered to the bottom of the frame for more leg room.

The engine was moved twenty-five inches toward the rear from its original position to improve steering and balance.  Pendant pedals from a 1952 Ford were installed, and the steering gear ratio is of the racing type.  The body, untrimmed, weighs 185 pounds.

Shown in the picture below is another example of Wright restyling.  Starting with a new 1951 convertible, he cut out a five-inch section around the body at the level of the center rubrail, slicing through, in addition, the fenders, grille, rear quarters, and deck lid. 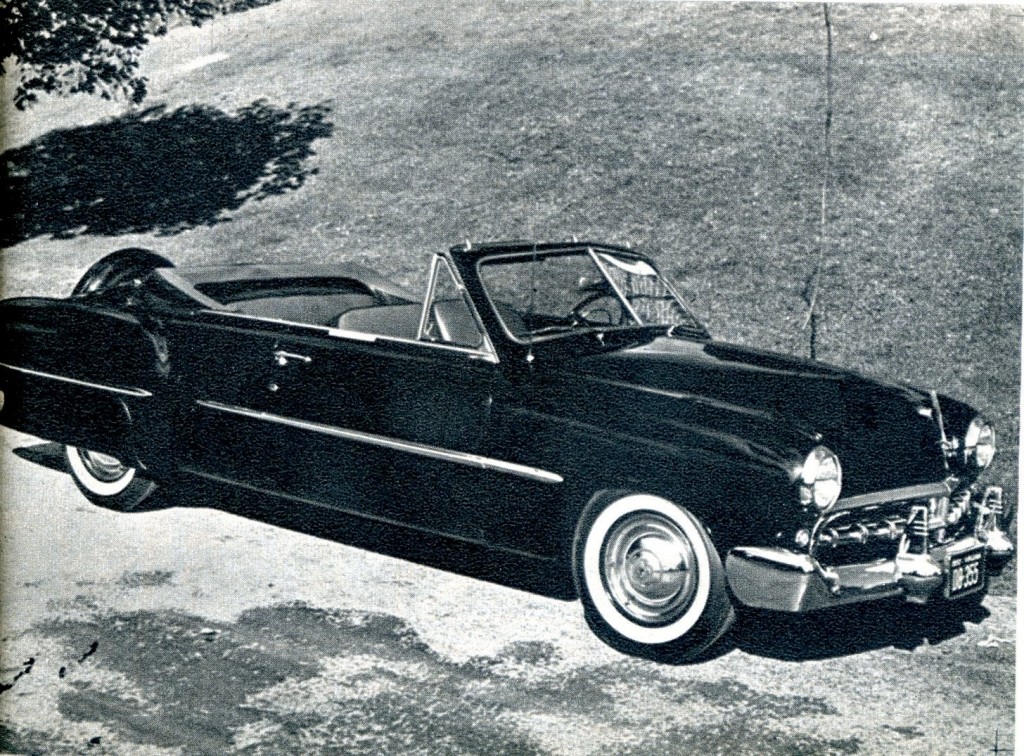 The Other Car Of Wright’s Shown Is Simply Amazing. Imagine Starting Out With A Brand New 1951 Ford Convertible – in 1951 – And Customizing The Car As Described In The Article. My Mom Woulda Killed Me!

Fenders from another make of car were used in the rear, and a nest to receive the Continental-type spare tire mounting was formed into the rear deck.  The wheelbase was increased to 121 inches to provide a leaner look.  The engine was replaced with a 1951 Mercury power plant equipped with semi-high compression heads and dual exhaust and ignition.  The engine delivers 185 horsepower and the car’s top speed is approximately 120 mph.

The body alterations were so well planned that no extra work had to be done to make the hydraulic top operate and fit as well as in the original car.  The instrument panel was re-styled and extended to accommodate seven additional gauges.  Finally, twenty coats of black lacquer gave the glossy finish seen in the photograph.

In the past two years, this car has won four first prizes out of five appearances in custom car shows throughout the country.

Identifying Your Glasspar – Is This Your Car?

Rick D’Louhy, Erich Schultz, Rodney Packwood, and our cast of thousands (ok…maybe it’s just a few) continue to work with our group to help identify clues left on vintage pictures that may help match a current car to its long-lost history.  So….given that we just have one picture here, what could there possibly be in the picture that would help us match this vintage car with a Glasspar G2 owned by one of our group today?

Not only do we have the write-up discussing the detail and components used in building the car, but we also have clues left in the picture.  Let’s see what might be of interest:

Now….50+ years have transpired since these photos were taken, but many current Glasspar G2 owners have vintage pictures of their cars or pictures taken when the car was found/purchased years before – and sometimes decades before.  So…matching the oldest known pictures of the car or current features on the car to vintage pictures helps increase the odds that you can find the history of your car thru research using pictures shown and stories told in vintage articles.

Rodney Packwood has already confirmed 65 Glasspar G2 sports cars still exist – and he’s finding more each year.  Bill Tritt working together with Bill Hoover identified years ago that a total of 100 cars/bodies were built – and research into the serial numbers of these cars supports this claim.

So….this means that most of you out there with G2’s can find the original history on your cars – because the vast majority of G2’s originally made – still exist.  We just have to figure out the history of each of these cars, one by one.

So….I issue a challenge to each of  you “Forgotten Fiberglass” car owners out there…. consider doing a bit more research into your car and the articles of similar cars from back in the 1950’s.  If you do….I’ll bet you’ll be very pleased with the original history you might find, and have a great time going thru the vintage articles too! 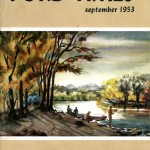 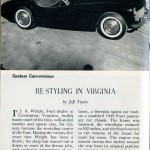 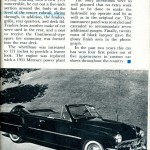 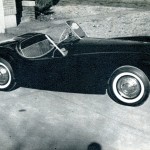 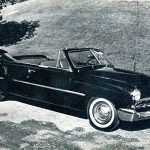 The Other Car Of Wright’s Shown Is Simply Amazing. Imagine Starting Out With A Brand New 1951 Ford Convertible – in 1951 – And Customizing The Car As Described In The Article. My Mom Woulda Killed Me! 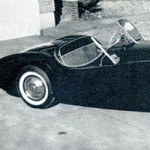