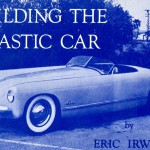 Finally….after more than three years of searching, my copy of the British publication “The Motor” dated January 30th, 1952 arrived.  I really mean it.  I’ve been waiting for 3+ years and looking daily for a copy.  I must be a poor researcher because after all this time, two copies arrived at once – from two different sources.  One from my kind friend overseas in our Singer group – Robin Thorp, and the other from an eBay win.  When it rains, it pours…

By last year, I had given up finding a copy here in the States.  Back then, I traveled to Detroit for research and was visiting the Detroit Public Library.  Their automotive literature collection is legendary, and they have massive amounts of publications from overseas.  Surely they would have it!   While I hit paydirt with much new information – they did not have copies of this magazine.

And I didn’t find “Shirley” either.

So now….you must be asking….. “Why was I looking for it?”  What could be so important about one singular magazine article?

Rick D’Louhy and I leave no fiberglass matt unturned.  Back in 2007 we had acquired a copy of a Lancer brochure – one of the earliest built fiberglass sports cars – and smack dab on the front page was this quote and attribution concerning Eric Irwin’s Lancer: 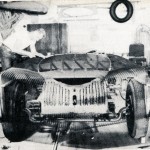 What fantastic information must be hidden in this long-lost article.  And look at the date it was published.  This is just 2 months after fiberglass cars were introduced in the November 1951 Petersen Motorama!  This must be a seminal article – and it’s been hiding in the UK all these years.

We must find the article…

So the quest began, and now….fate has intervened and we have our answer – in stereo.  And it’s here for you to read at Forgotten Fiberglass.  I’m lucky to have so many of you to share this with on such a magnanimous occasion.

So now, with no more fanfare, let’s see if the wait was worth it.  I present to you, one of the earliest reports on fiberglass and a fiberglass sports car – from the UK – an article by “King-Pin” of “The Motor.”  Let’s begin.

A Miscellaneous Commentary by “King-Pin”

Glass bodies are also being made – or “Fiberglass” bodies rather – with great success both here and in the USA.  Fiberglass as a material is not much more than ten years of age, but already it has solved many problems, being harder and stronger than any plastic hitherto known.

Fiberglass is made by bonding glass fibers, cloth, or matting together with what are known as “polyester” (or “contact”) resins.  Molded to almost any desired shape, articles made of this substance are unaffected by moisture, rust-proof, almost incorrodible (which cannot be said for most bodywork!) and more resistant to impact than the majority of metals. 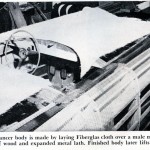 Those who have tried smashing up sample panels of fiberglass with a hammer report that they last better than a normal panel would do.  Amongst the warlike objects for which the staff was used we count “radomes,” aircraft auxiliary fuel tanks, and even plastic boats.

Hardly surprising then, that people should try making cars.  An interesting article recently appeared in “Motor Trend,” our Los Angeles contemporary, by one Eric Irwin, amateur designer-constructor of a car that he calls the Lancer, in my opinion the cleanest two-seater roadster that the postwar world has produced.

The word “amateur,” I may say, is used in its most literal sense.  Only those with a passionate will to succeed, infinite patience, and skill in handling of tools should embark upon such a project; but then that goes for any ambitious scheme.  The technique should present no difficulty to an industrial concern.

The Lancer was built on a mold that was built on the chassis itself, to save transposing measurements, and to enable the designer to watch his preliminary drawings taking three-dimensional shape.  The mold itself was made of wood stringers and battens, like the aircraft of World War I; but instead of doped fabric, these were covered with “expanded metal lath” – sort of chicken-wire deluxe.

The most skillful part of the job is “laying up” the glass cloth (quite easily obtained now) so that it covers the mold really smoothly.  To this plastic fluid is applied, more glass cloth placed on top, more plastic and so on until sufficient laminations have been applied.
In California, they cure their finished plastic bodies in the sun.  No doubt we (UK), too, could find a way; out there the stuff goes first tacky, then gelatinous, and finally glass hard in a period varying from twenty minutes to five or six hours.

Rough edges are smoothed off with a disc grinder, and a respirator is worn for, as Mr. Irwin remarks, “Fiberglass is glass.  It does not mix with lungs!”  Once smothered off, the plastic body is finished in the same manner as a metal one, with filler, rubbing down, priming and final color. 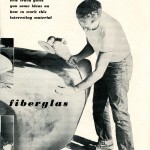 Prior to this, it is taken from the mold.  I have said sufficient, I think, to show that there is enough in fiberglass body-building to interest the small constructor, and the informed brand of amateur “specialist.”  The stuff is pleasantly light.  Actual tests, I’m told, show that with proper allowance for the rigidity of the part, fiberglass reinforced laminate can replace steel at one-third the weight, and aluminum alloy at two-thirds the weight.

It will absorb blows that would tear or bend metal of similar weight.  If fractured in an accident, it can be repaired by filling with liquid plastic, and finished as before.  A body such as The Lancer (from its pictures, about the size of a Silverstone Healey) weighs 200 lbs., without bulkheads.

At least one of our big manufacturers is building a car on these lines.  It should be a great success.  Plastics have other possibilities which we will examine another time.

So was it worth the wait?  Absolutely!  We’re talking about some of the earliest known observations by a major magazine concerning the viability of fiberglass as a material and the use of it to design cars in application.  “King-Pin’s” thoughts were a challenge to car manufacturers and builders across Europe and this is the earliest known article about production fiberglass cars to appear in Europe in the 1950’s.

But…there’s still research to do gang – and I could use your help.   Inside the brochure, Eric Irwin left this tantalizing clue as part of his advertising: 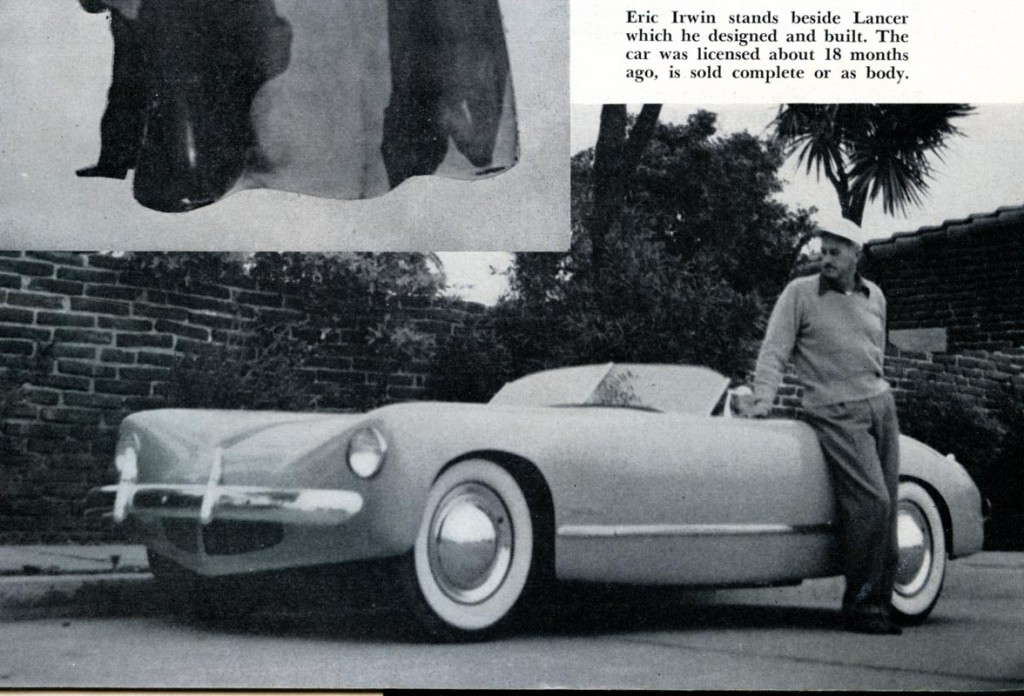 Believe it or not, so far we’ve been lucky.  With the “find” we’re sharing today, we have identified articles in all of these magazines concerning the Lancer, but nothing in the newspaper the “Los Angeles Times.”  I do not have archival access to this newspaper for research.  No doubt the location and retrieval of this “last article” concerning Lancer history will contain the answers to all fiberglass riddles out there.  Finding it will identify all lost cars, and a fiberglass treasure that will surely be beyond all fiberglass treasures you – or any of us – can imagine.

All we have to do is find it – so we need your help.

Dust off your old newspapers and/or head to the libraries.  Let’s see what we can find gang.  And if you are the first to locate this missing article, you’ll be richly rewarded with the information contained within – never having been read in the proper context of vintage fiberglass sports car history – in nearly 60 years.

So have at it gang and let us know what you find.

And by the way….maybe you can find out who “Kingpin” was at the same time. 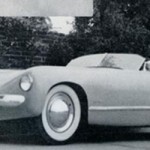 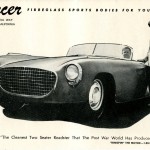 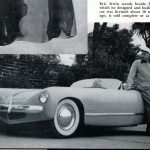 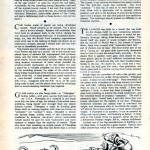 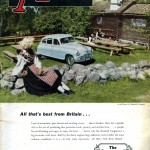