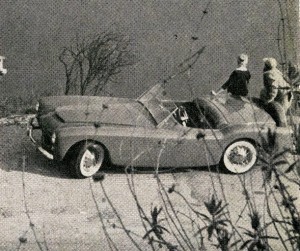 Nothing Like Taking Your Sports Car Special Out For A Spin….

When publishing companies like Motor Trend, Fawcett, and others had too much good information to share that wouldn’t fit in their magazine, they often produced specialized books that focused on a singular topic, and in 1956 Motor Trend released a Trend Book 130 on “Sports Cars.”

And of course they focused on our favorite fabulous fantastic fiberglass fabrications of fame.

Pictures of cars shown included the Woodill Wildfire, McCormack, a great rear 3/4 short of Hugh Jorgensen’s Victress S4 (check out those Star Trek headrests Mel Keys….that must have influenced the design of the Star Trek Enterprise).

What an assortment of cars!

Let’s check out what the article had to say.  Then, we’ll do a “play by play” analysis of the content, the cars, and the charisma. 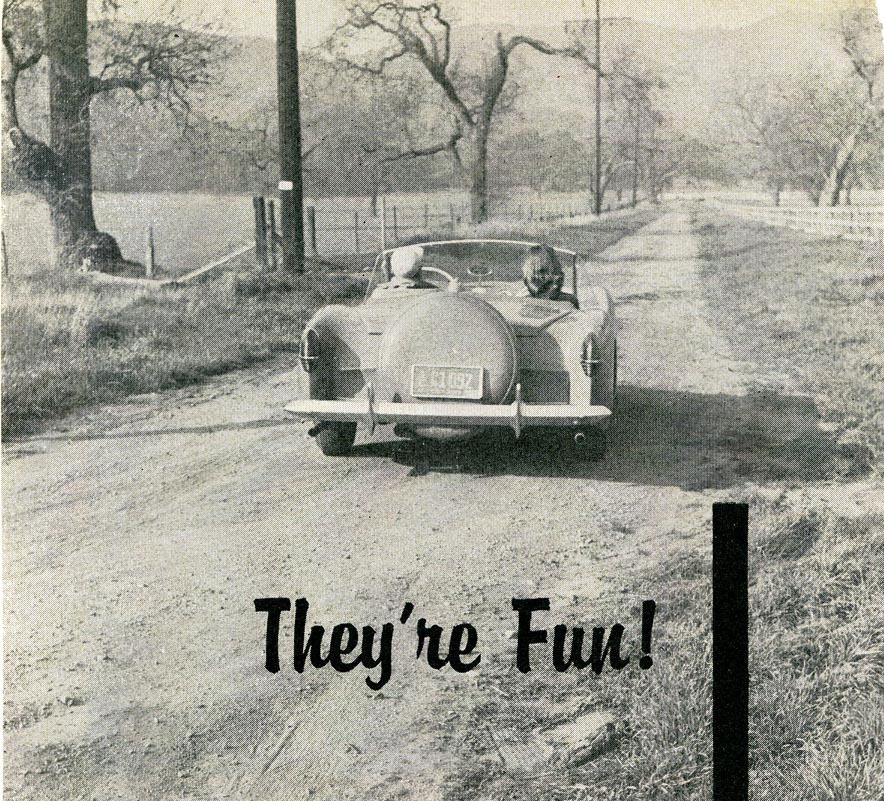 Check Out This Cool Wildfire – It’s Shown Twice In This Book. Those Are Fairly Rare Tailights From a ’54 Willys Aero. Most Willys Taillights Were Used From ’53 or Earlier.

For those who feel adept mechanically, there’s another way to have your own sports car, i.e., by building it yourself.  There are a number of firms, especially in Southern California, in the business of designing and building special fiberglass bodies that will fit nearly everything from an MG to a large stock car chassis.

Some of them also have designed and built special frames to fit these bodies, although it is a common practice to take a stock chassis and modify it slightly for the fitting of the fiberglass body.  These home-assembly kits include the body, floorboard section, windshield, doors and panel ready for instruments.

Upon purchase of a kit, the enthusiast then procures a used car of his choice for the running gear, which includes the gas tank, instruments, wheels and brakes, steering gear, engine and transmission.  He rebuilds any parts that he feels are necessary or substitutes new ones and then assembles his “sports car.”

Several hundred of these cars are now on the roads of America, some even being raced in sports car competition with commendable results.  With a suitably stressed frame and a suspension system that gives good handling and cornering characteristics, a do-it-yourself car can be a real source of low-cost driving fun.

Some of the firms will build complete cars to the purchaser’s specifications, using the basic body kits that they have already designed and adding custom touches desired.  Various body styles are shown in the photographs; body dimensions prices, and names and addresses of the firms are given in the accompanying table. 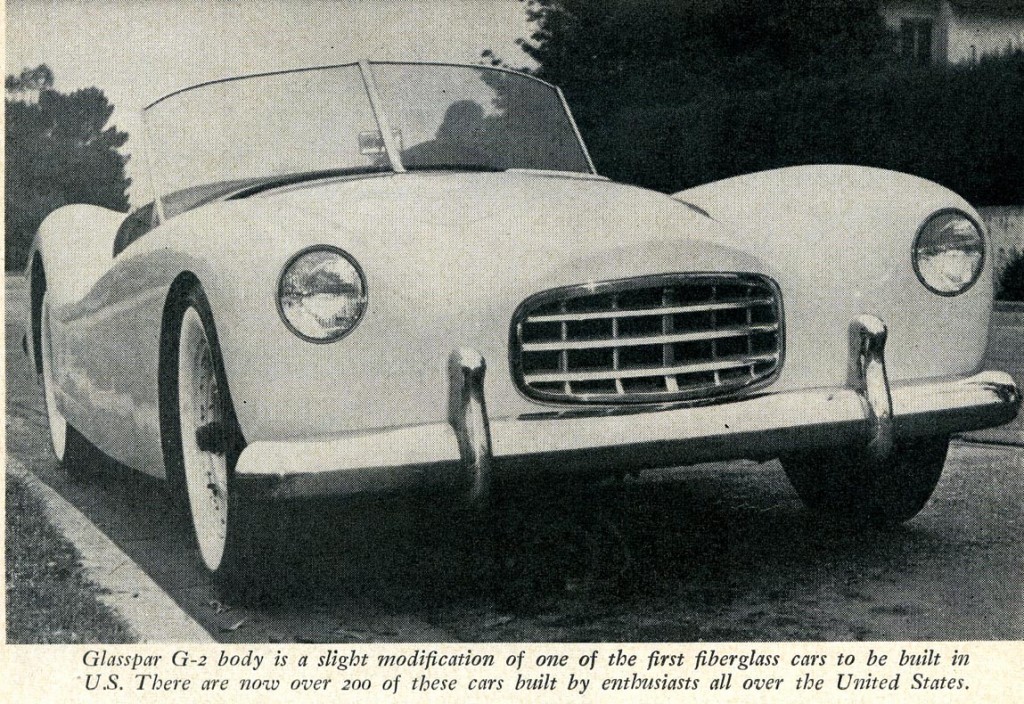 The figure “200” for Glasspar G2’s was corrected by Bill Tritt and Bill Hoover many years ago to 100 cars and kits. Rodney Packwood has confirmed that as well with his serial number analysis of existing G2’s.

This is a short article but very important for several reasons as follows:

First… here it was in ’56 and we get a good idea of who’s still around and kicking.  All the big companies were mentioned – Glasspar, Woodill, Victress – and none of the new ones show up yet such as Devin, LaDawri, and Kellison.

This was a transition point for the industry and moving from what we characterize as “Generation 1” fiberglass sports cars to “Generation 2” cars which had more volume, documentation for the builder, and sophistication in producing their product and making it available to the public.  This may, in fact, be the last article mentioning all of the early companies together and the products they produced in print.

Things were about to change and that would happen in the same year – 1956 – when LaDawri and Devin’s newest product would debut.  Followed in ’57 by Kellison. 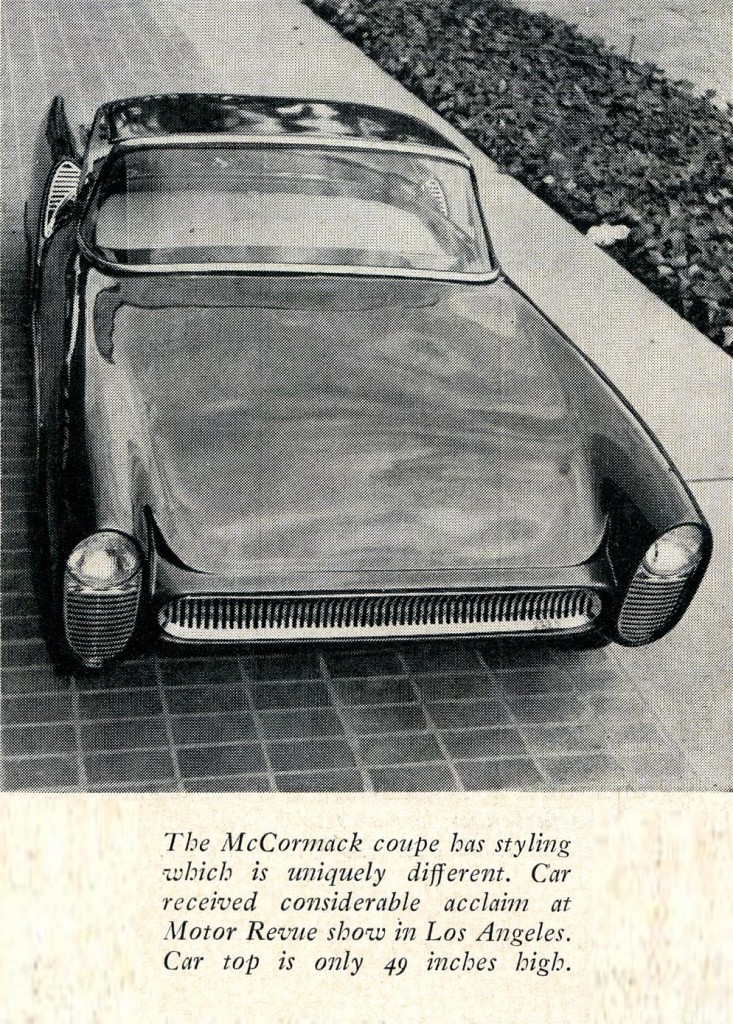 Second… the article mentions that “some of the firms will build complete cars to the purchaser’s specifications.”  What does that mean to you?  This means that Glasspar, Woodill, Meteor, Victress, Grantham Stardust, Meteor – heck – all of the companies built factory cars.

Maybe just a few, but when Hugh Jorgensen of Victress association built his S4 – that was a factory car in every way.   In fact, we have not found a company that didn’t produce at least 2-3 factory cars – that’s true even for lesser known companies such as Triplex/Chicagoan, Venus, and Rockefeller Yankee.

Third… the article summarizes the state of the industry in ’56 by saying “several hundred of these cars are now on the roads of America…”   Fiberglass sports cars of the ‘50s are extremely rare gang.  If you add up all the bodies produced by the companies from ’51 to ’56, you get just around 800 bodies. 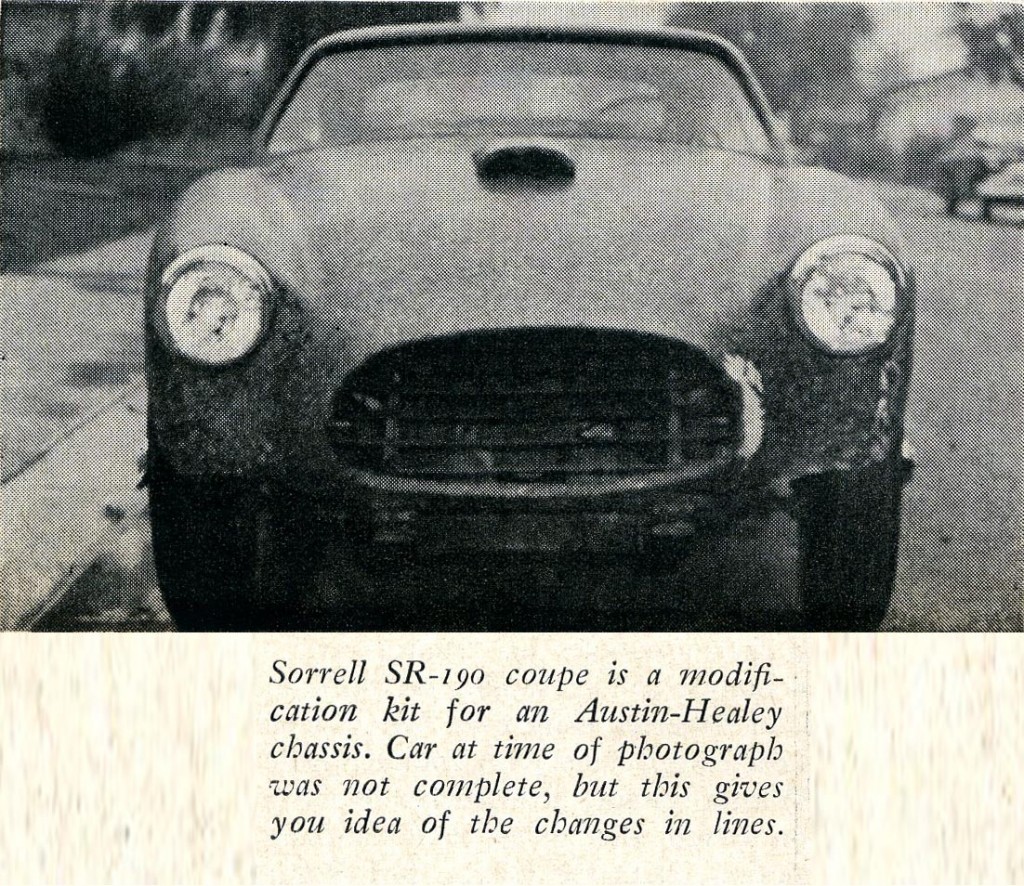 So…. when someone says to you that their car is rare because it’s only one in a certain color produced in the Fall of the year, with a heater delete, and an FM radio with factory overspray on the manifold – out of just 20,000 produced….sit back and smile.  Your fiberglass gem is a custom-built, beautifully designed, made-for-speed sports car which is unique and unlike any other car – even with the same body – built at the time.

You have a “one-off” show car you can be proud of in every way.

Check out the cool chart they printed in this article showing wheelbase, tread, overall length, overall width, height at cowl, and height at top.  The table even shows prices for semi-complete and complete kits.  Prices for a complete car were not shown – these typically were $2500-$4000.  It’s also cool to see the names and addresses of the companies. 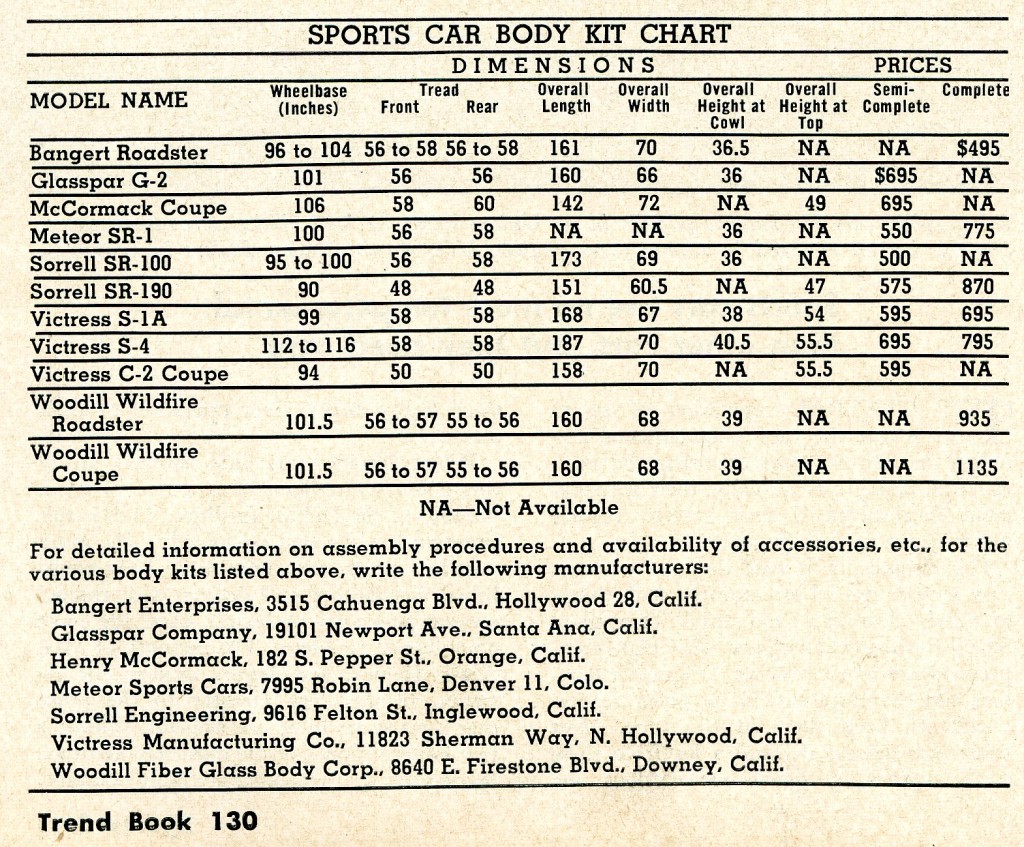 In ’56, I’m sure many young men used the names and addresses provided in the chart above to order brochures and materials and dream about the sports car they wanted to build.  Perhaps even some of you ordered these materials using this very article back then. 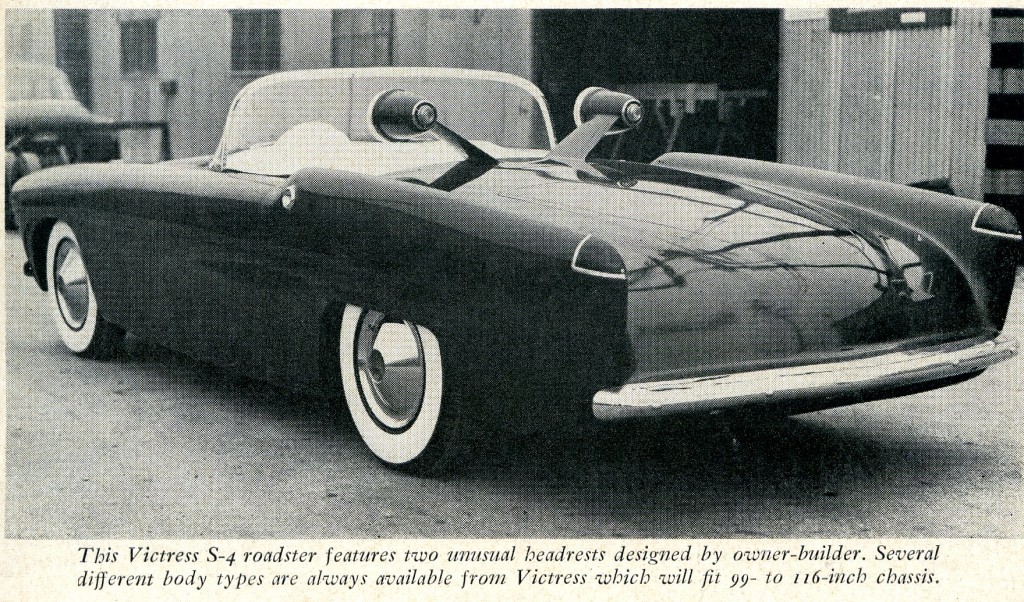 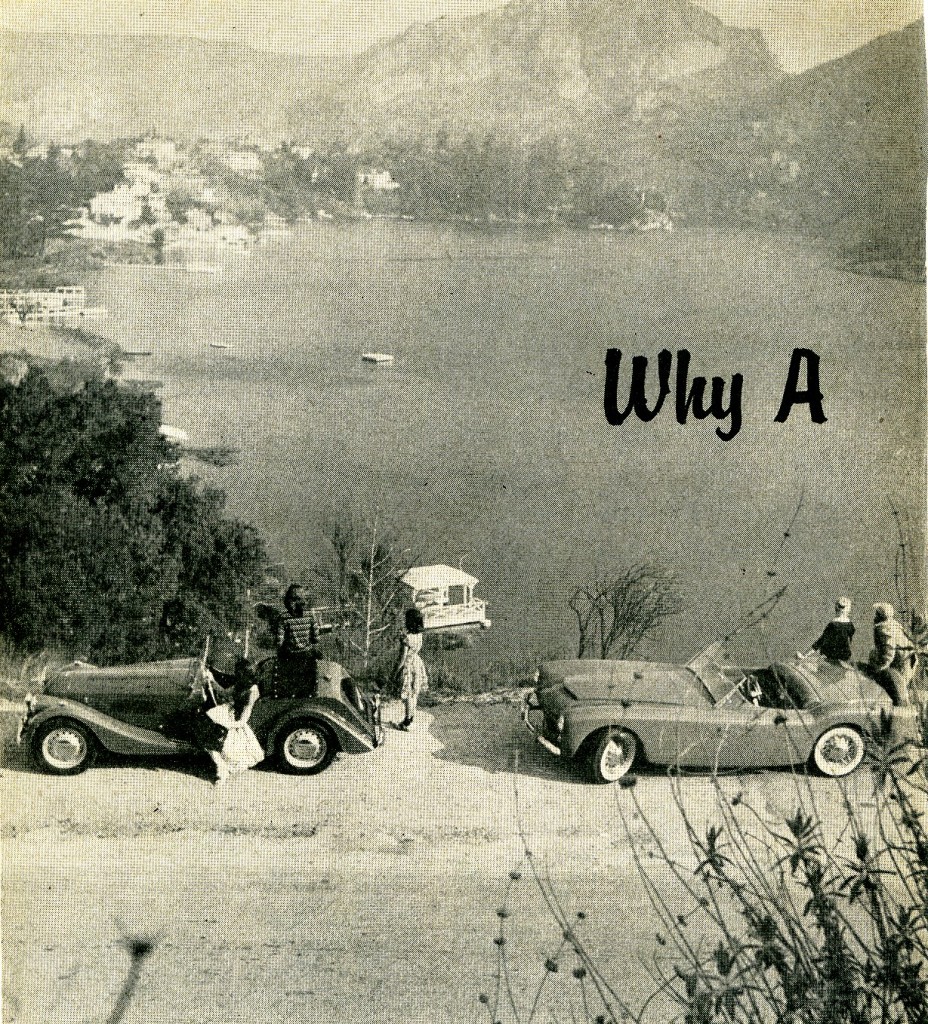 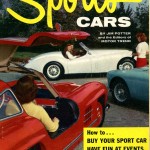 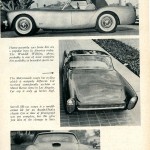 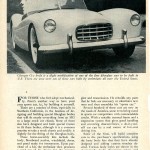 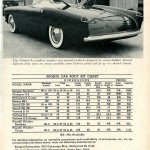 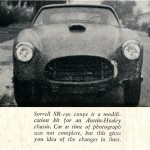 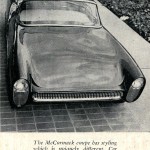 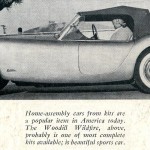 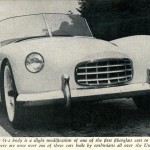 The figure “200” for Glasspar G2’s was corrected by Bill Tritt and Bill Hoover many years ago to 100 cars and kits. Rodney Packwood has confirmed that as well with his serial number analysis of existing G2’s. 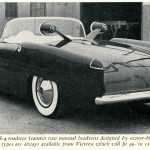 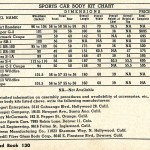 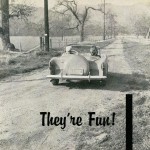 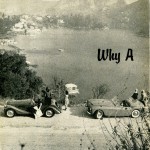 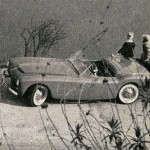 Nothing Like Taking Your Sports Car Special Out For A Spin…. 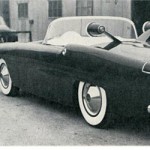