Here’s one of the two Seagrave / Floridian Cars that have been found. This one went to auction in 2018.

Today I’m honored to share an article by our friend and intrepid “historian-adventurer” Bob Cunningham.  Bob has always had an affinity for small cars, lost marques and their history.  Today’s article about the Floridian / Seagrave has never been fully told and includes mention of the last missing one of three built.  Perhaps you will be the one who finds it – you never know.  Let me hand off today’s story to Bob and away we go 🙂

In 1958, Henry J. Freud commuted daily from his home in Windsor, Ontario, Canada, to the Detroit law offices of Porritt, Freud, Toppin, & Louisell. The lawyer and his partner, Charles S. Porritt, dreamed of developing an economical, personal sports car.  With the help of Detroit tool and die maker Meredith Kettlewell, they concocted a plan to design and develop the idea, embodied in a prototype, and sell it to a manufacturer. The pair collaborated with a retired mechanical engineer named Porrittt—a relative of one of the law firm’s partners—to design the first vehicle. 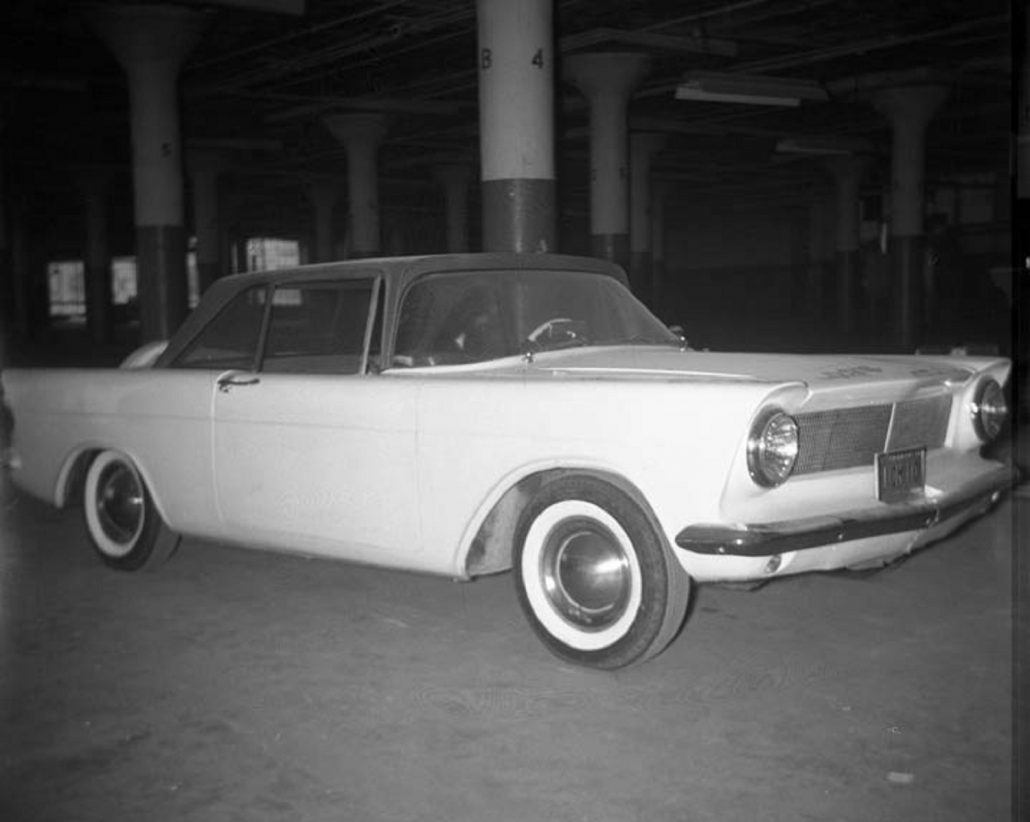 Here’s the 1960 Floridian – Later Called and better known as the Seagrave.

To finance prototype development, Freud and Kettlewell formed Floridian Motors Corporation, of Detroit, and sold shares to some of their friends. Three Floridian bodies—one of aluminum and two of fiberglass—were assembled on special box-section frames. They carried conventional A-arms and coil springs in front and semi-elliptic leaf springs at the rear on a 93.5-inch wheelbase, which was similar to the Volkswagen Beetle. However, at only 48 inches high,13 feet long, and 67 inches wide, the Floridian’s stance was more like that of American Motors’ Metropolitan. 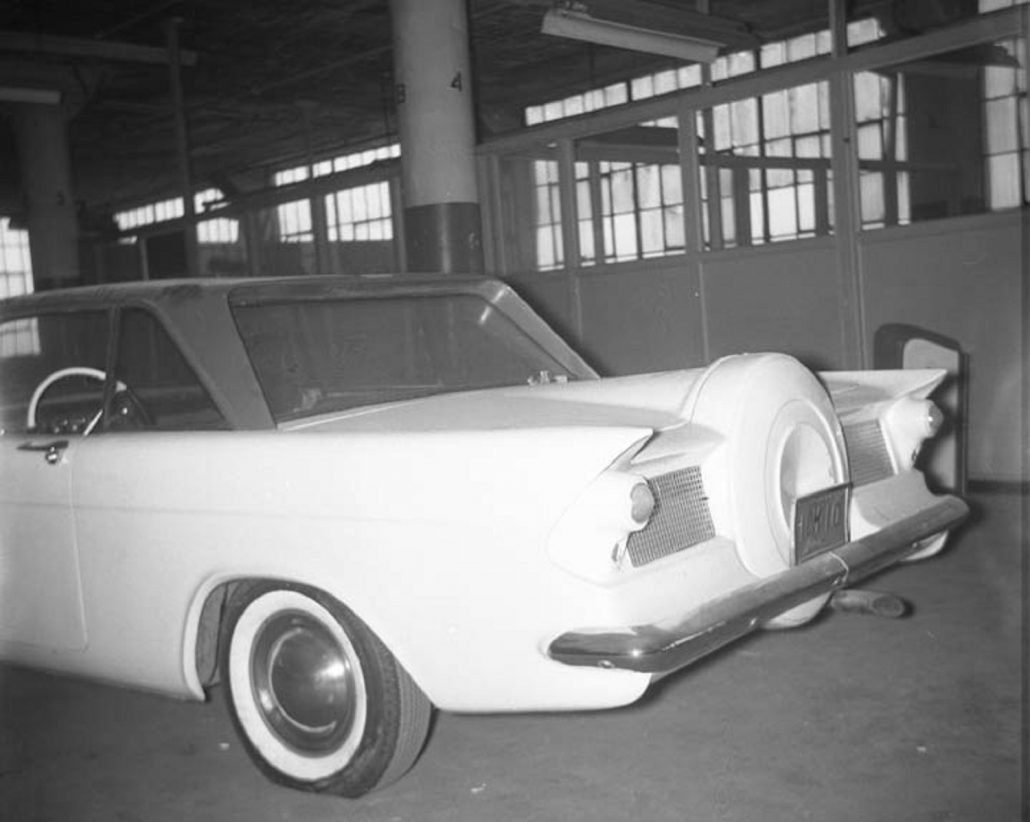 Rolling on 5.50-inch tires and 12-inch wheels, the car’s 58-inch tread provided a stable stance that was wide enough to fit three passengers in the front seat. Two additional passengers could ride in a pair of molded fiberglass buckets in the rear. Inside, the cars carried Stewart Warner instruments and Autolite electrical components. To save on production costs, windshields were standard Ford Thunderbird units. 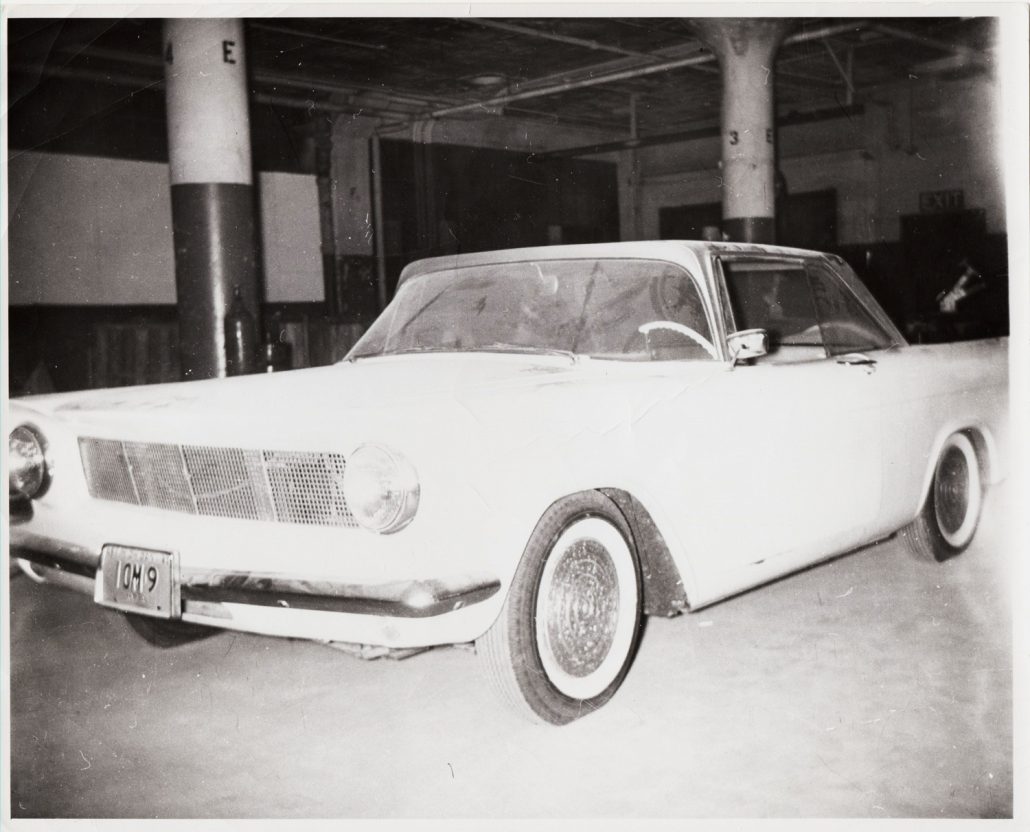 Another Vintage Shot of the Floridian – Taken Some Years After its Debut in 1960.  Photo courtesy of Alden Jewell – Thanks Alden!

By 1960, Floridian Motors had been reorganized as the Detroit-National Automobile Company. Freud continued unsuccessfully to court various corporations in an effort to sell his personal sports car idea. Unimpressed with his efforts, disgruntled investors withheld funds and Freud was forced to advance nearly $14,000 from his personal bank account to make the Floridian prototypes driveable. 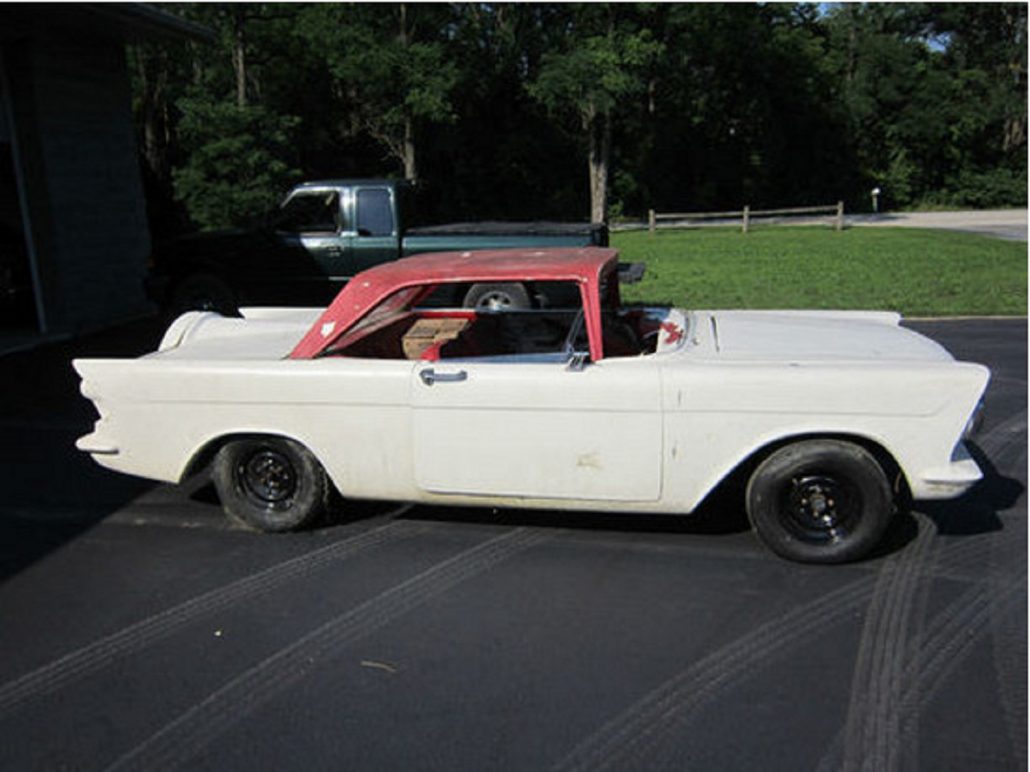 On September 24, 1960, Leslie Roberts, chairman of the Seagrave Corporation, confirmed that his New York firm had purchased all drawings, prototypes and design rights from Detroit-National. His company had been manufacturing fire fighting vehicles for 75 years and was now studying the feasibility of launching a subsidiary to manufacture the compact, hand-crafted automobile under the Seagrave marque. 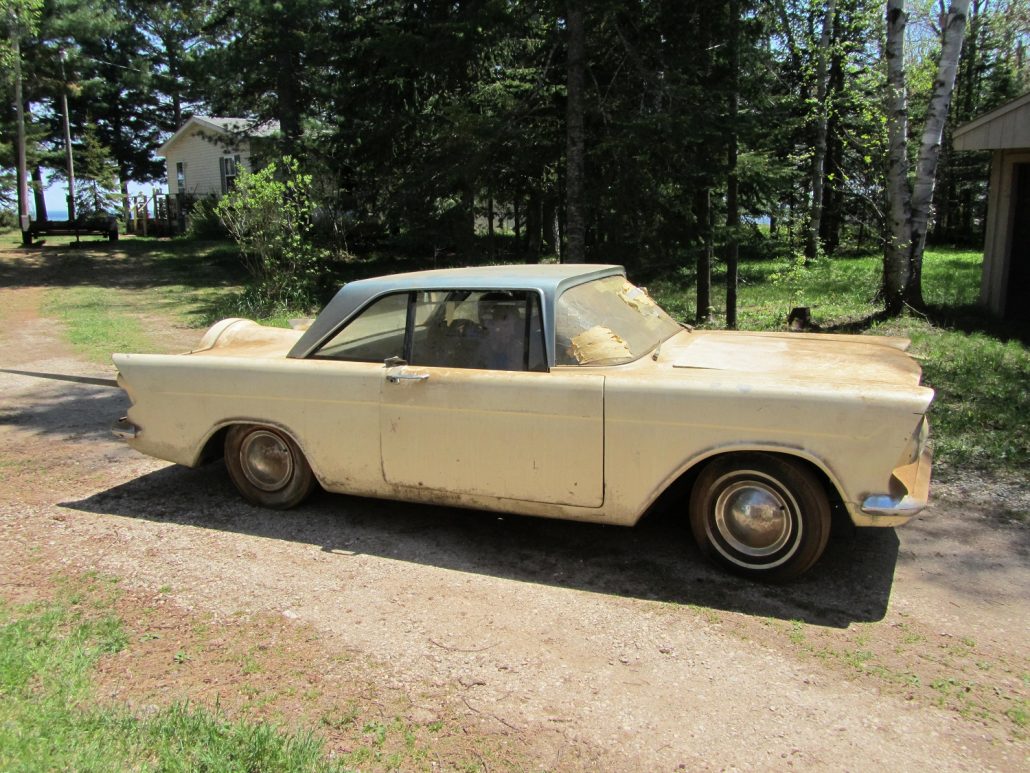 For less than $3,000, buyers would choose from station wagons, two-door coupes, and two-door sedans with their choice of four-, six-, or eight-cylinder Continental engines coupled to automatic or manual transmissions. Borrowing again from Volkswagen, Roberts said his Seagrave cars would retain the same body styling year after year to keep costs low. No more than 25,000 models would be produced annually. 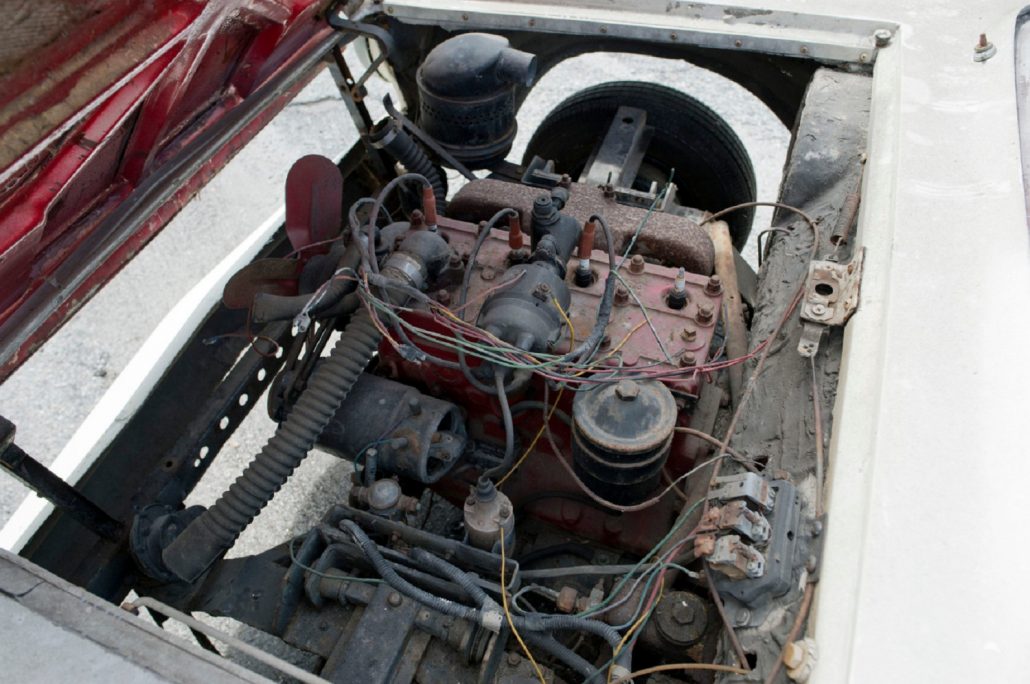 In January 1961, Sports Car Illustrated reported that all three 1700-pound Seagrave prototypes were running—a convertible, a two-door four-passenger coupe, and a two-passenger coupe. Each was powered by a slightly modified four-cylinder Continental F-162 engine rated at 65 horsepower. Top speeds of 75 to 80 miles per hour were reported. The fuel tank held 11 gallons under a 19 cubic-foot trunk. 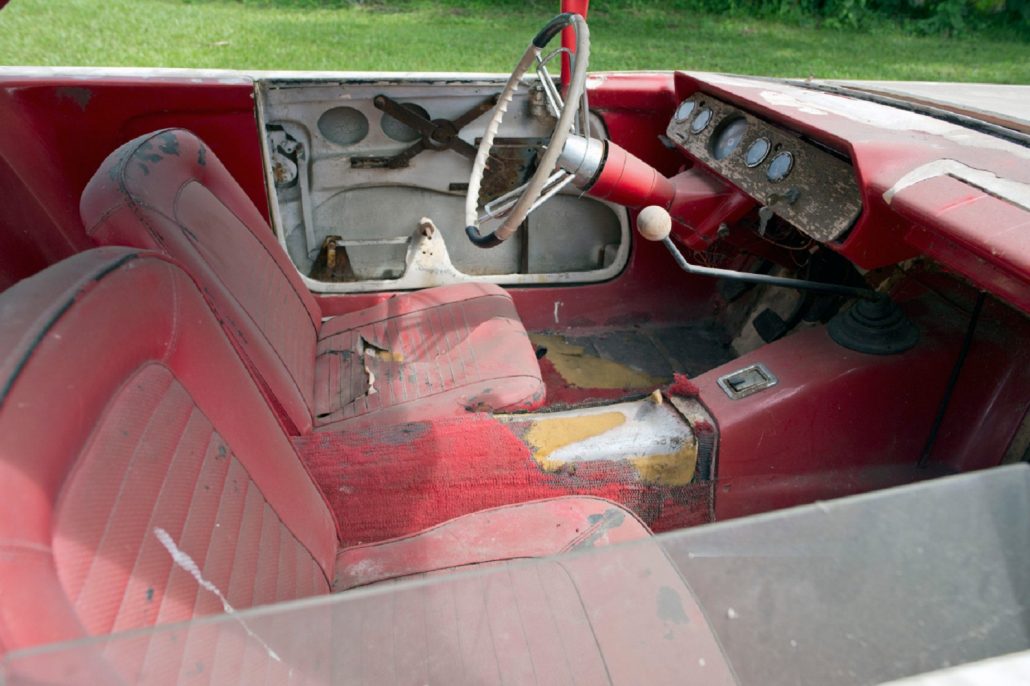 I like this interior – check out the molded back seats below. 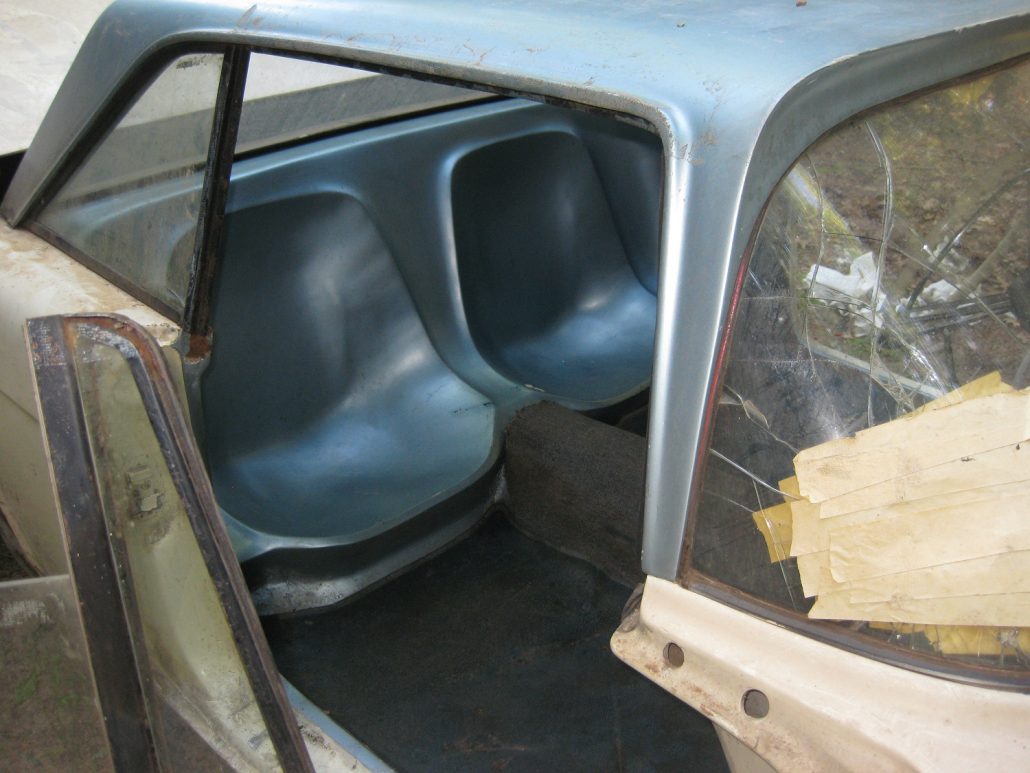 Space Age Design is my favorite

Mired in debt, Freud abandoned the project and wrote his $13,840 investment off his income taxes as a loss, a decision which landed him in the Canadian Supreme Court fighting charges of tax evasion. Ultimately he was exonerated after he explained that he never had any intention of mass producing the cars, but simply hoped to make a profit from the sale of the prototypes. It was reported that Continental Motors confiscated the prototypes in lieu of payment and later sold them as scrap, but in fact at least two have been saved by collectors. 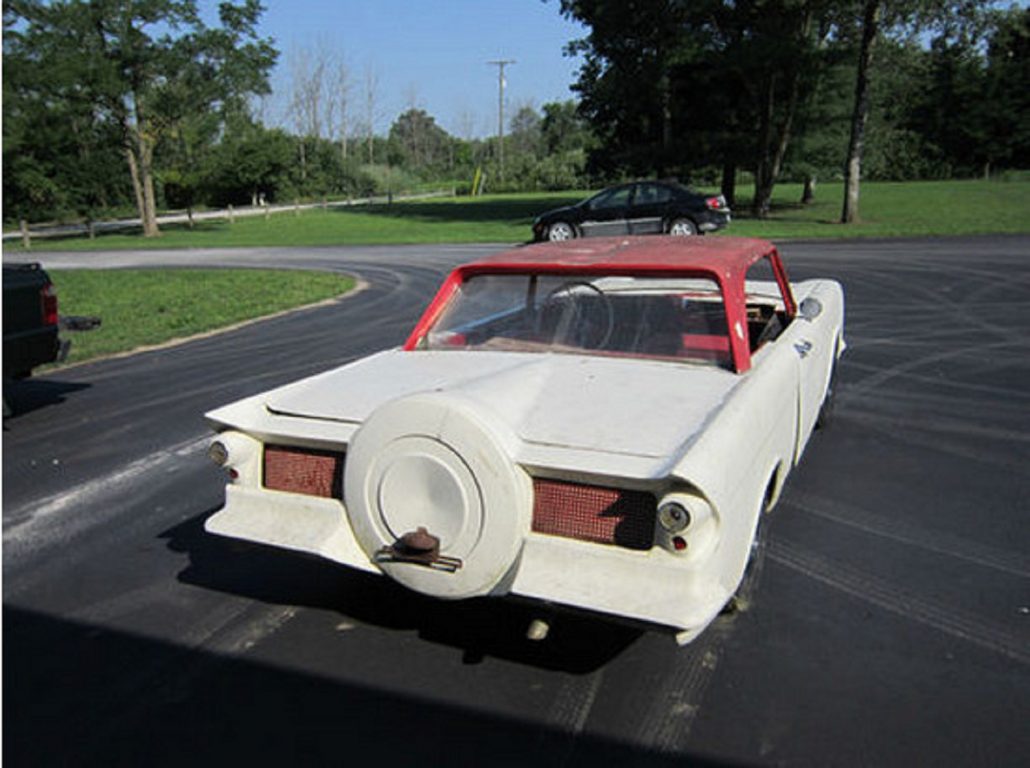 Cool Design at the Rear

So two down one to go.  Where’s the third missing Floridian / Seagrave?  We had a lead on it in the northeast but…it hasn’t panned out yet.  Perhaps one of you going on a “treasure hunt” will find the missing aluminum bodied jewel.  What fun that would be 🙂