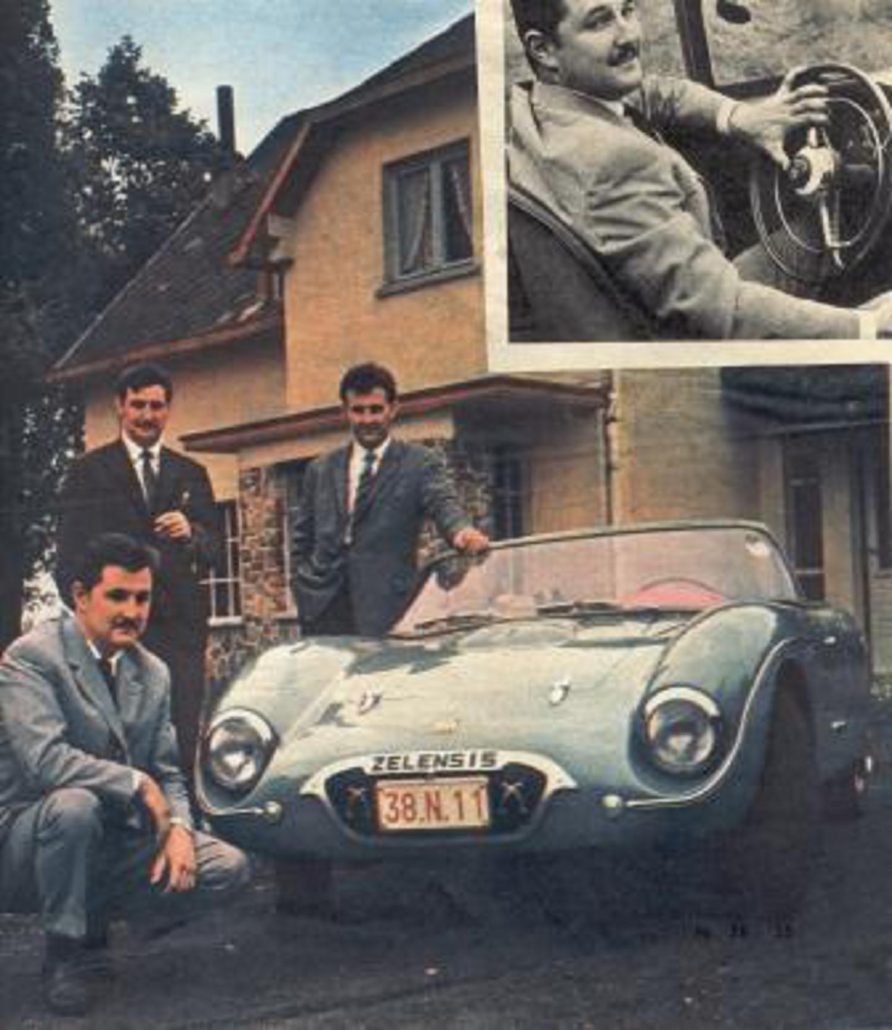 This week I was scouring the Undiscovered Classics Facebook page and came across a post by Peter Bootjes with a picture of a cute little Belgium sports car based on a VW chassis called the Zelensis. Geoff challenged me to write an article about it so with a little research this is what I came up with.

Raoul Thiébaut was born in the town of Zele in northern Belgium. In his 20s, he began working on steamer ships and eventually became a “second engineer” on a ship that traveled between Canada the US and the Dominican Republic. It is during his free time on this ship he would begin to design a small sports car which would later become the Zelensis.

In 1957 he immigrated to the US and got a job in Oakland, California working for Industrial Plastics Services – builders of the the Maverick, the Vale, and the Le Blanc-Bardahl Streamliner.  See one of their ads below. 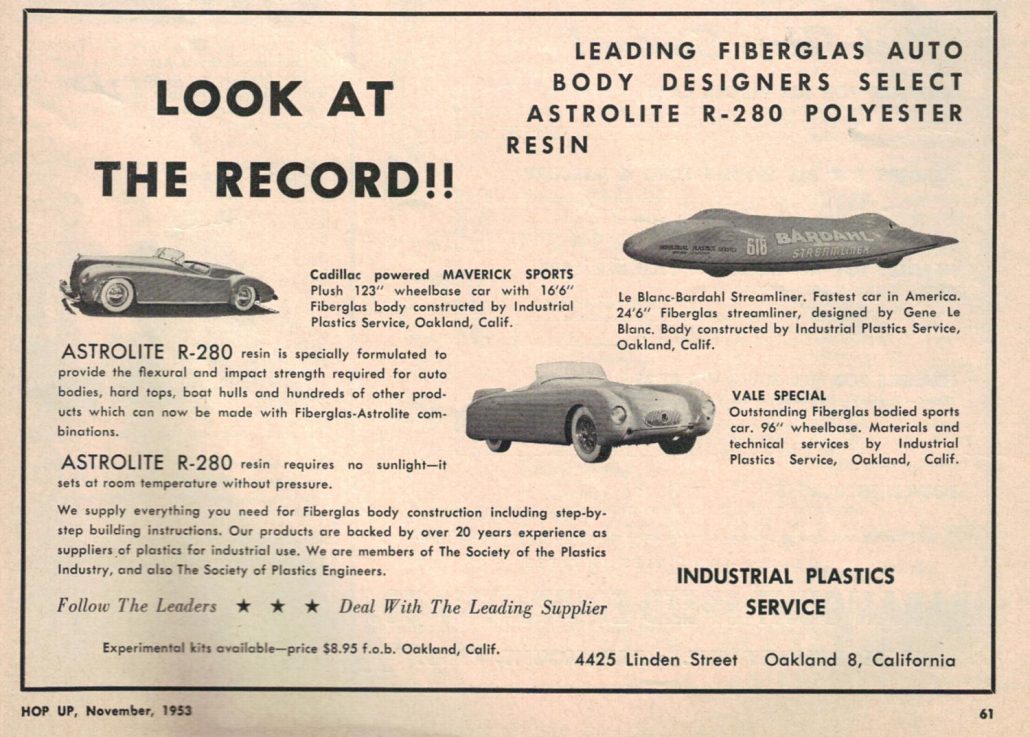 A year after moving to Oakland, Raoul was forced to return to Belgium to serve in the military, but he took with him the knowledge and experience that he needed start his own fiberglass company – Syncoglas – and to begin building his dream which was the Zelenisis sports car. 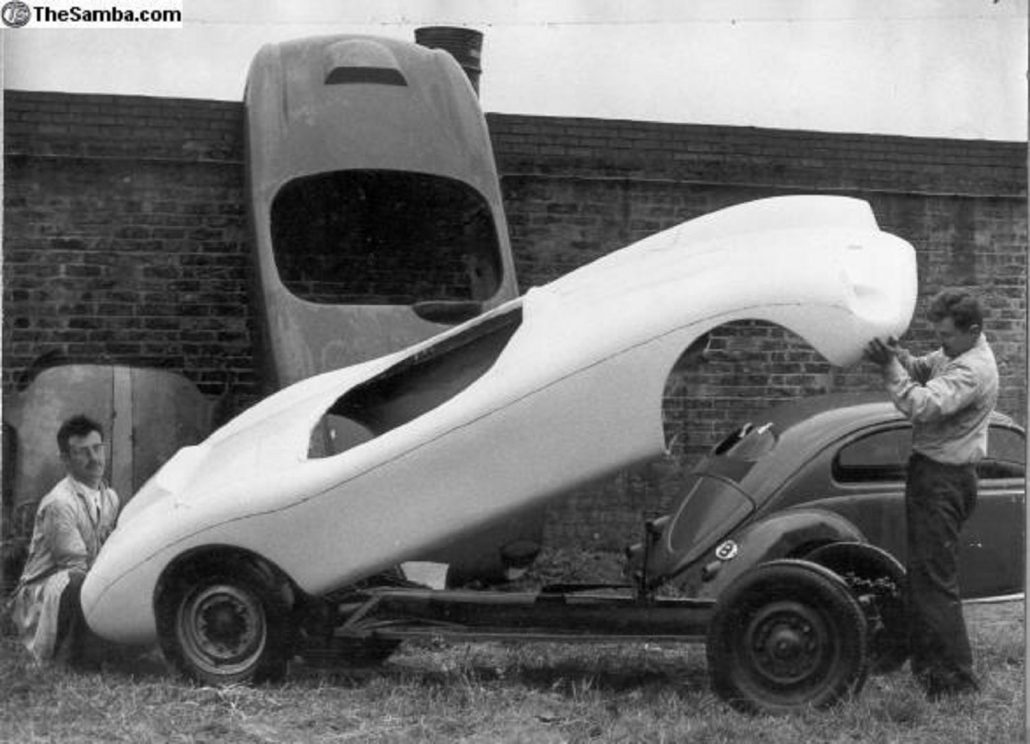 When he returned home, he set up shop in his parents garage and began to work.  His first prototype used a 1951 VW Type 1 chassis.  He used this chassis to build a buck and create a mold and body from which he built his first car.  This prototype was sold to fund the building the company.  All subsequent sports cars he built utililzed VW engines and chassis – save one built on a Renault Dauphine chassis (presumably using a Renault rear engine as well). 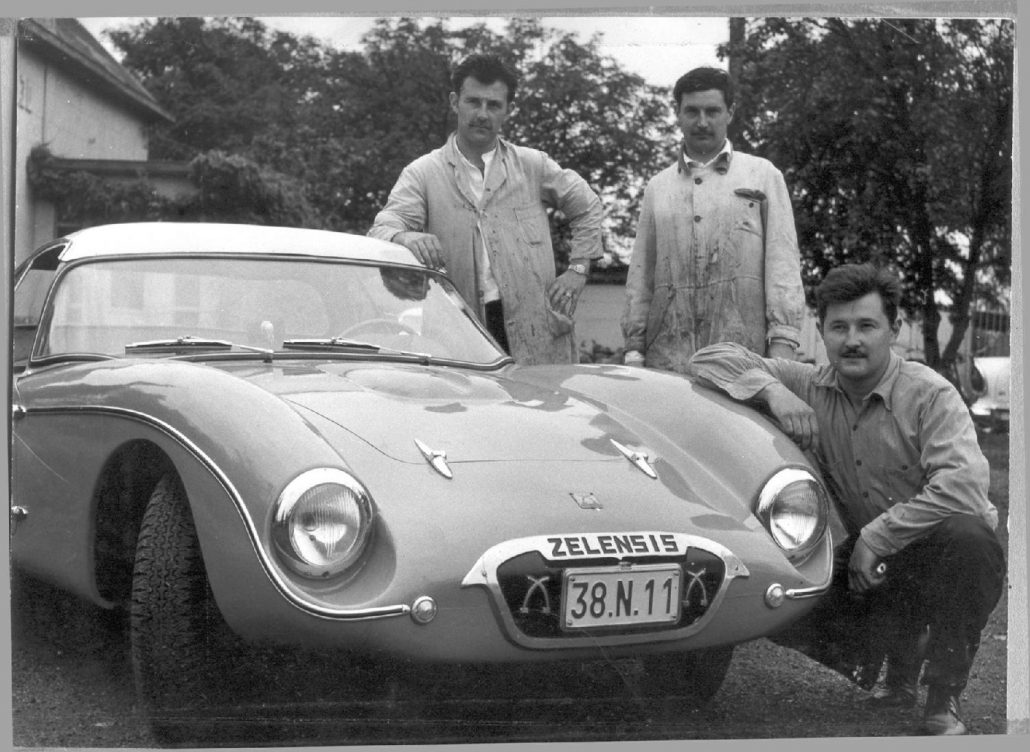 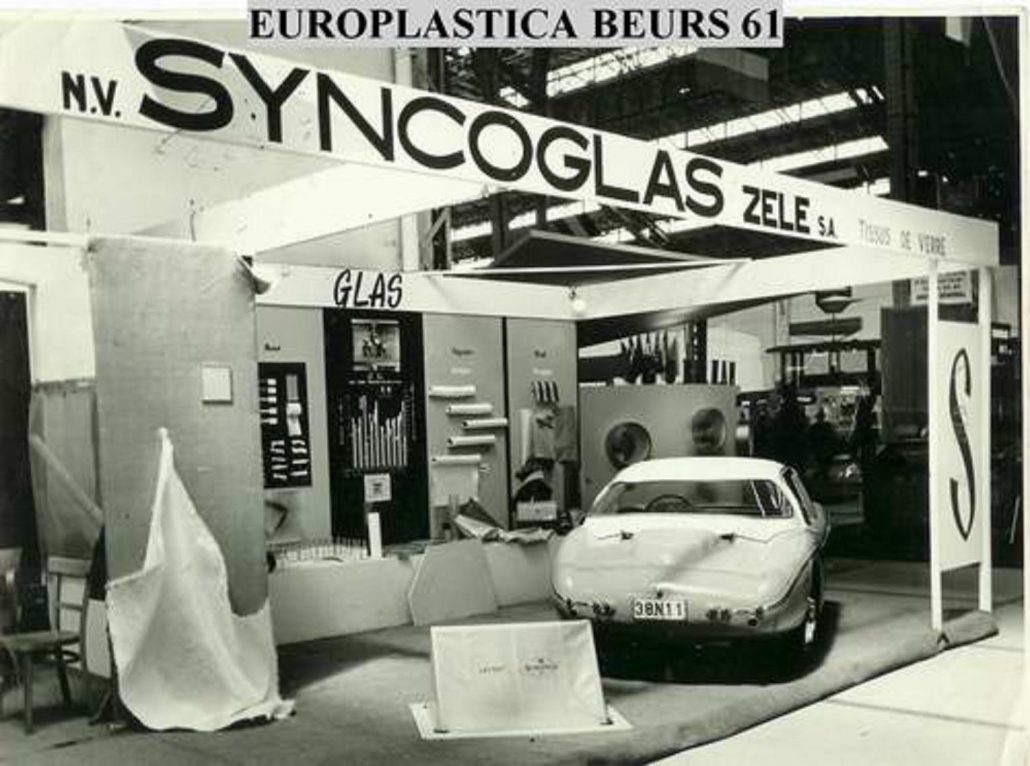 The Zelensis sports car was produced from 1958 thru approximately 1965.  Around 25 sports cars were built and another 25 bodies appear to have been produced.  Today just six completed cars are known to exist with two Zelensis’ sports cars belonging to the designer/owner himself – Raoul Thiébaut.

With approximately 50 sports cars and bodies produced, the chances of you coming across one are pretty good!  So if you ever find your self in Europe (or live there now), don’t forget to keep an eye out for one of these little guys hiding under a thick layer of Belgium dust.  You’ll, no doubt, have quite a special find on your hands 🙂

Click Here To Learn More About The Zelensis Sports Car 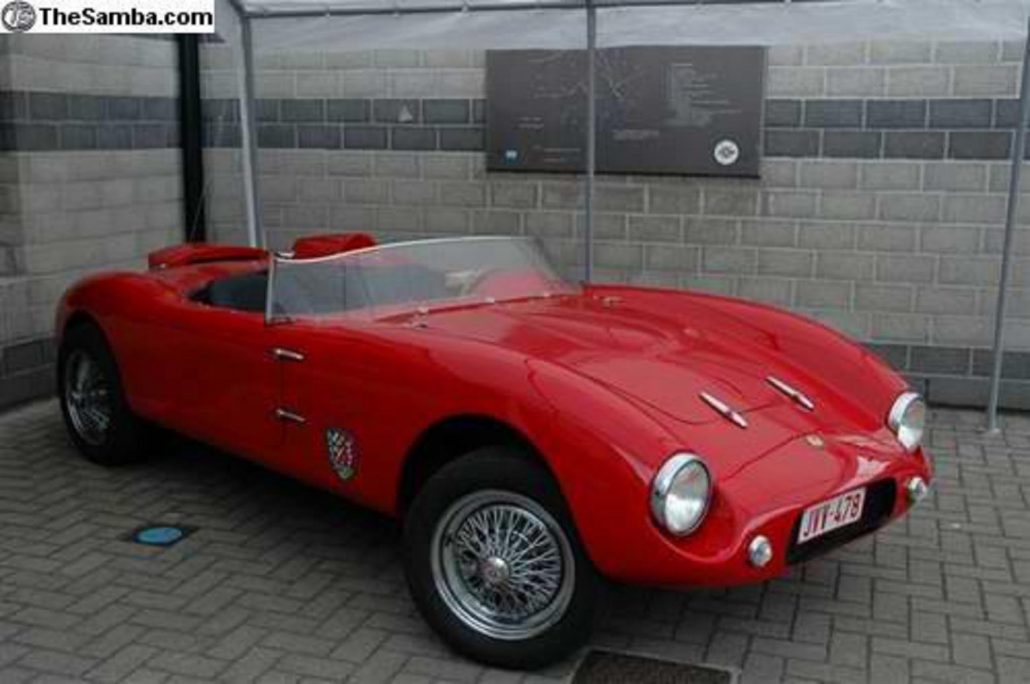 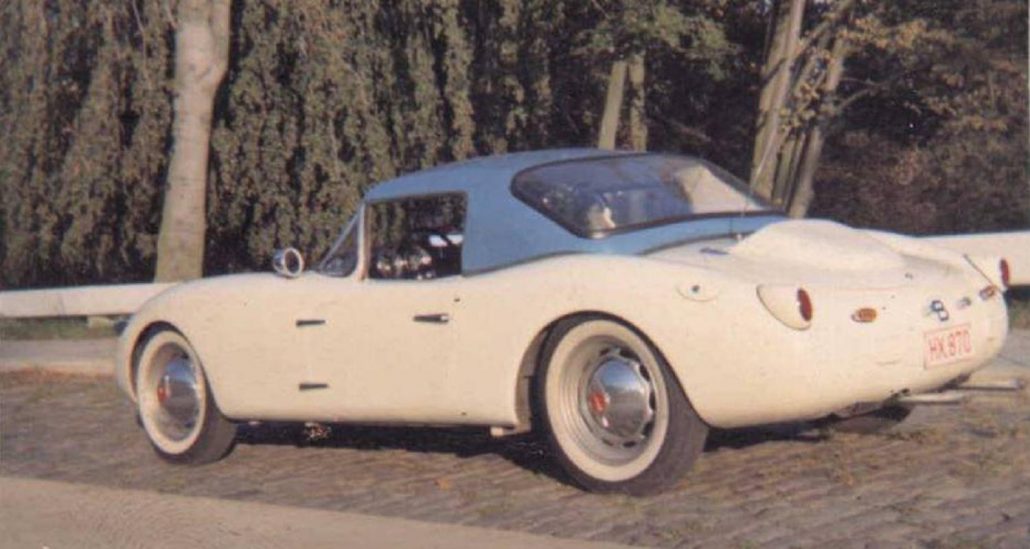 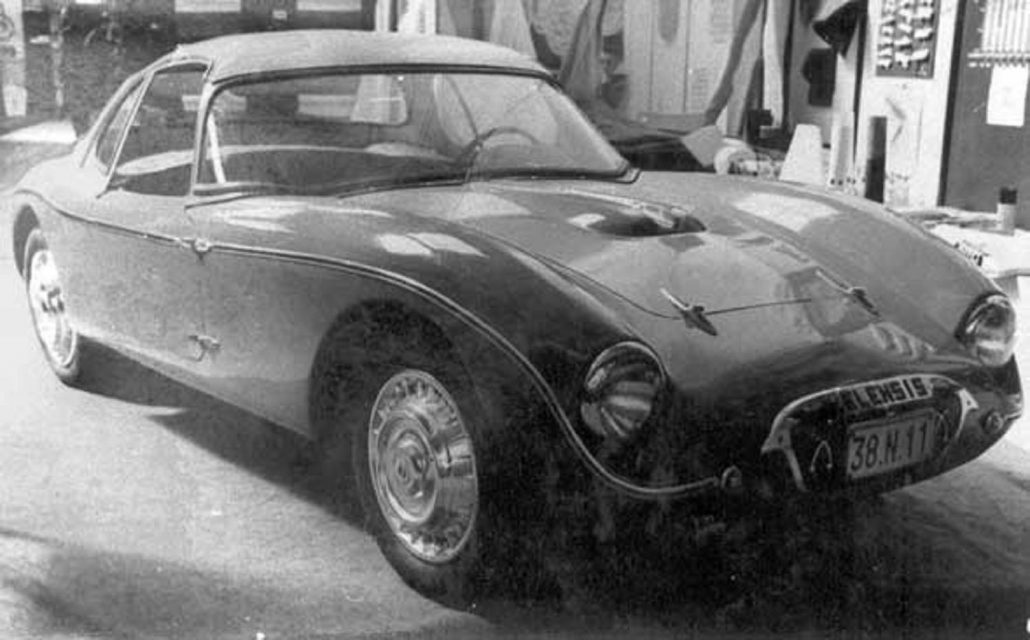 Well Kyle found a winner for his first story – I’ve not heard of this sports car before and no wonder why – it’s “Forgotten Fiberglass” from Europe.  With such low production numbers, it will be unlikely we’ll see one here in the USA.  So be on the lookout to our European Undiscovered Classics friends.  Go out “yonder” and find one 🙂