About three years ago, I got a wonderful e-mail from Howie Wold – who I’m pleased to say is now a good friend.  In one of his first e-mails to me, he shared the following:

Late in my high school junior year, I purchased a copy of a newly issued (Vol. 1 #1) magazine – Mechanix Illustrated’s “Sports Cars & Hot Rods”. Though dated October ’53 – it reached Minnesota newsstands about late May ’53. Only one additional issue of this magazine was published. 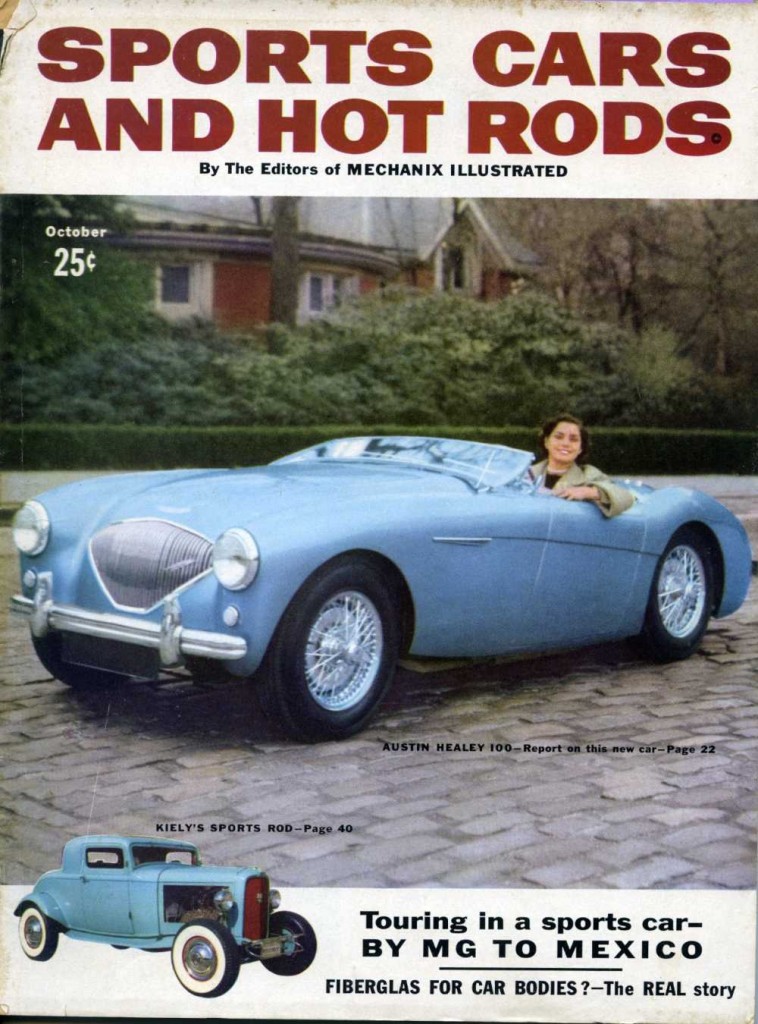 On the cover was a photo of one of 3-4 “press preview” versions of the new AH-100-4 Sports car which Donald Healey sent to the U.S. – for the press to devour, test, etc.

Tom Cotter, in his 1st book “Cobra in the Barn” also pictured this magazine cover.  In a chapter there was a story about a gent who discovered his “odd VIN #’d” AH100-4 – it was one of these press preview cars.

I don’t recall that Tom Cotter ID’d the gal sitting in the car, however. I’d owned the mag some 50+ years before I discovered her identity – Barbara Walters, then 23 and a brunette. She’d just launched her broadcasting career with a NY TV station.

One of the magazine articles was about early fiberglass body manufacturers including Vale Wright of Berkeley, California and his “Vale” body for the MG.  I was 16 at the time, but since our family was planning a June ’53 trip (via ’50 Chev) from Minnesota to visit Berkeley, California relatives – I hung on to the magazine’s reference as to Wright’s Berkeley home address.

After our Berkeley arrival, we phoned Vale, and Dad and I arranged to visit. The two 35mm b/w photos of my Dad’s resulted. Fortunately, I still have Dad’s negatives on file in 2014 so crisper images are forthcoming. 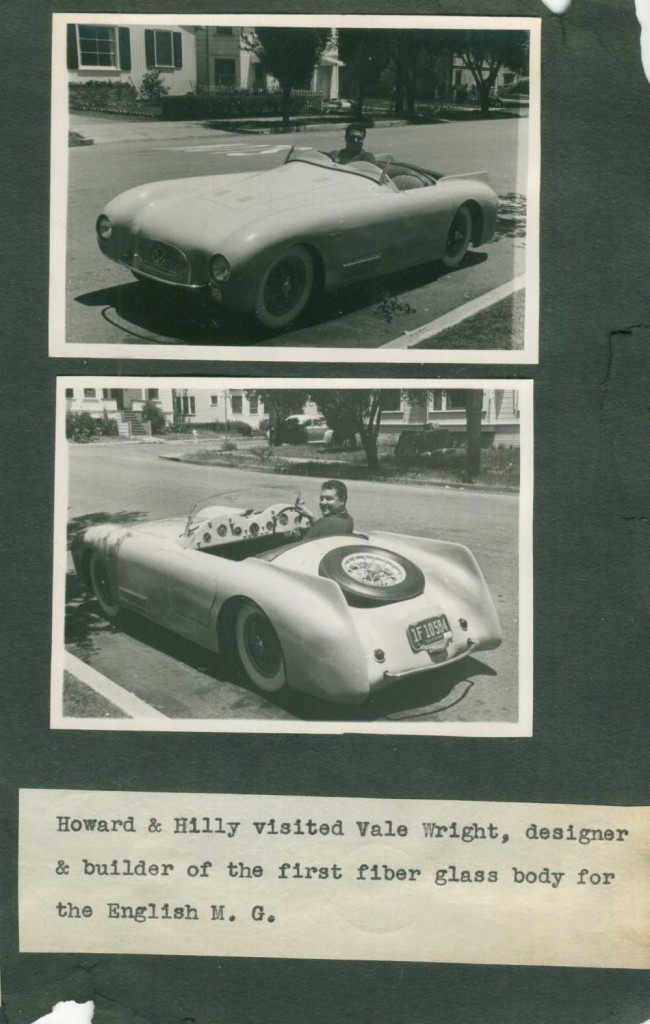 Enclosed is a scan of a now-dog-eared page from my Mom’s scrapbook of our ’53 trip.  That visit and magazine helped fuel a sports car racing interest that continues to the present – although always as a spectator, “wrench” and/or rallyist.

It prompted, too, a hobby of collecting early 8 or 16 mm film of early SCCA racing – primarily in the Midwest. Eventually, I was able to share copies of such with the current owners of various vintage sports racing cars. They were delighted to receive such early footage of “their” car competing in it’s early years. In return, I’ve received “thanks” in a variety of ways. 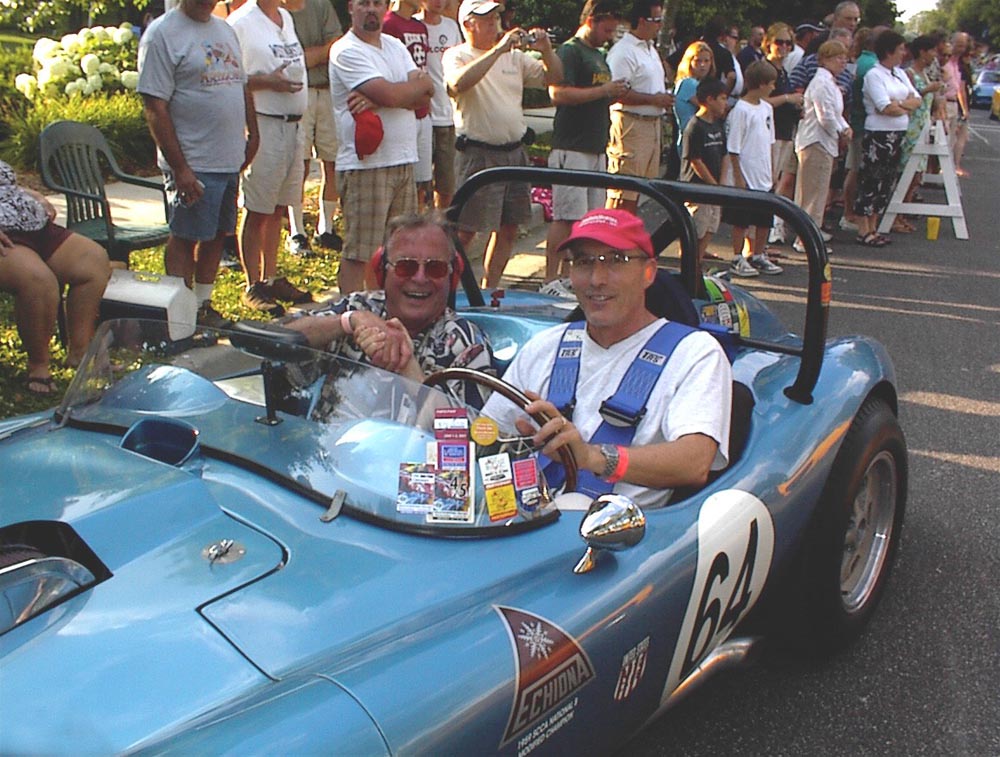 One of which relates to the last photo – A July ’08 opportunity to ride in one of the most successful Devin-bodied race cars of the era – the original, of three, Chevrolet powered Echidnas – built in Hibbing, Minnesota in ’58 & ’59.

The car shown (with current owner/racer Bob Hardison, of Phoenix at the wheel) was SCCA’s ’59 Bmod National Championship car – including a class win at Wisconsin’s Sept. 500 mile Road America race.

Amongst other films and stuff, I was able to give Bob a copy of a summer ’58 race program from the SCCA races at the Virginia/Eveleth Minnesota Airport – the Echidna’s 1st victory, as I recall.  I attended those races, after “rallying” up from Minneapolis/St. Paul.

Pictured as we arrived in front of Siebkens. After being in the Firday evening police-escorted “parade” of race cars from the Road America track into Elkhart Lake, Wisconsin. The video tape I obtained as a passenger is much fun – and LOUD!

Let’s take a look at what Howie sent in for us to share:

This was a magazine that only lasted two issues – but they had some great content in the those issues – content I’ll be sharing with you in the next few months.  You can see Barbara Walters in the magazine cover above.  Here’s what it said about her and the car inside the magazine: 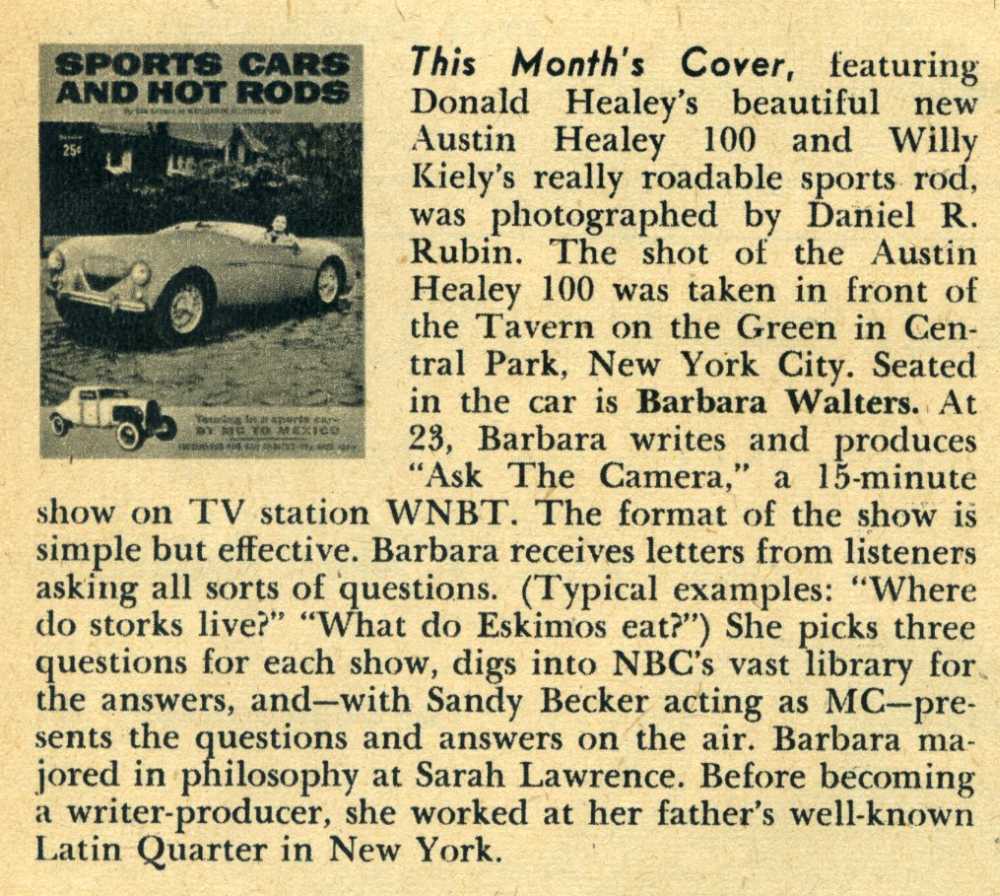 And here’s a photo and caption of the Vale shown inside the magazine.  It’s in an article about fiberglass cars which I’ll be sharing with you soon: 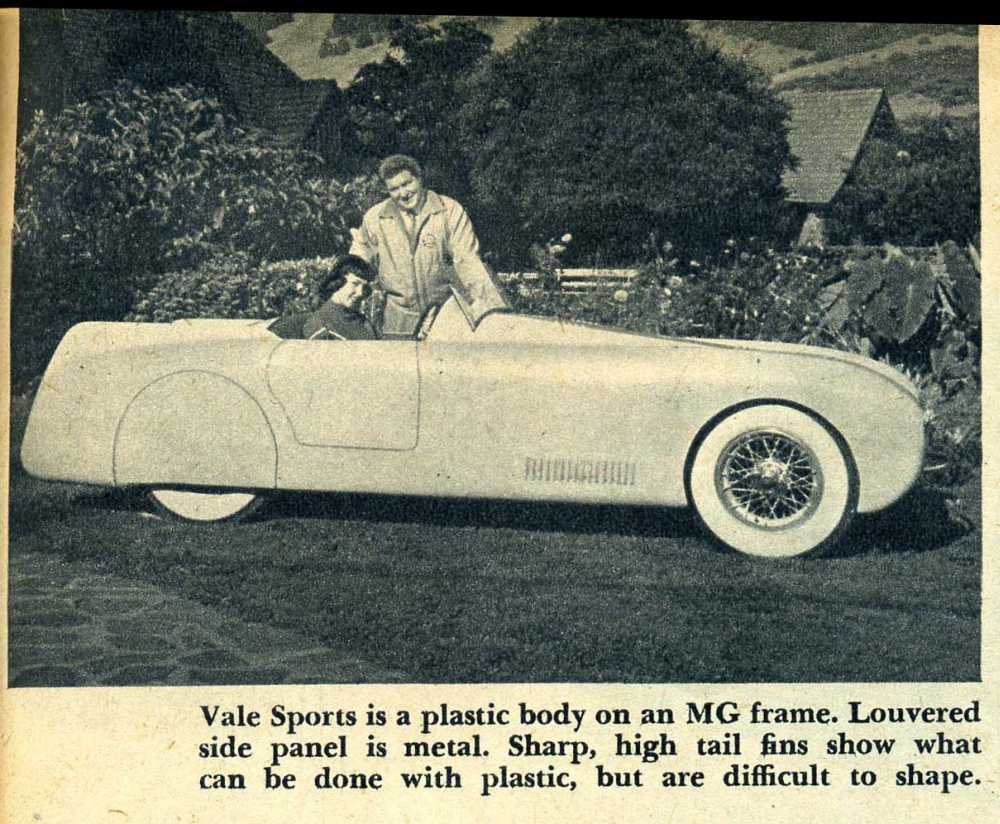 Here are close ups of each of the photos from the Wold Family Album: 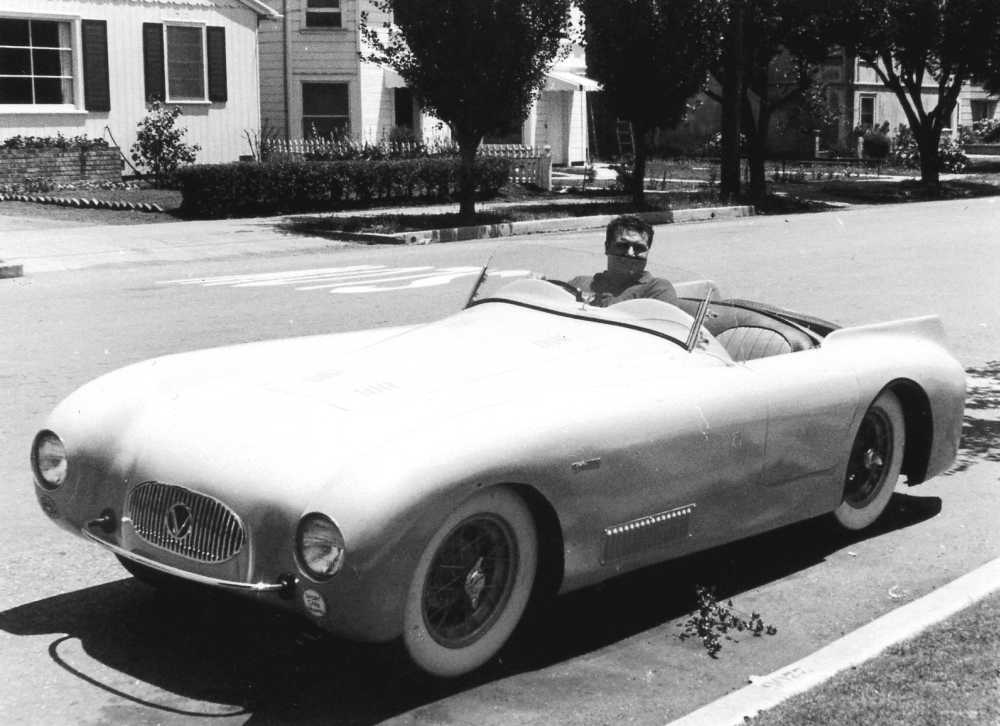 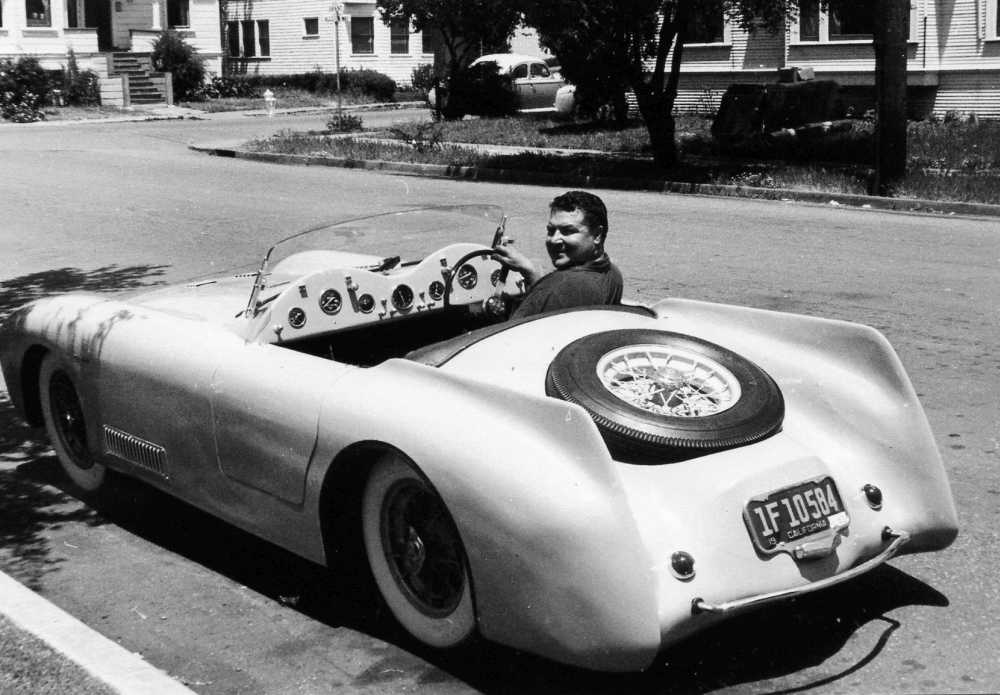 Back in 2012, I was fortunate to meet Paul Wold in person at the Salisbury 2012 Concours d’Elegance.  And although I’ve gotten to know Howie as well too – I haven’t had a chance to meet him in person.  Perhaps I can convince these brothers to join us in March, 2015 when we gather together another selection of vintage fiberglass cars at the Amelia Island Concours d’Elegance.

What say you gentlemen?  Care to join us?  It’s warmer here in Florida in March than wintery “up north.”  🙂

Which….. thinking of when I met Paul back in Salisbury, Iowa in 2012, it reminds me.  As soon as I’m finished with our stories on Carlisle, 2014 I’ll start running stories on Salisbury.  Never a dull moment here at Forgotten Fiberglass.

Thanks again to both Howie and Paul Wold for sharing their family photos and memories of their trip.  Perhaps one or both of them will jump into the comment area below and share some additional thoughts and memories from their visit with Vale Wright and his car – the Vale Sports Car.

And by the way….Howie had a great thought in his e-mail to me. Anyone want to go “Vale hunting” in Berkley in the near future.  I can certainly attest that you never know what you’re going to find.   As Rick D’Louhy and I often say….