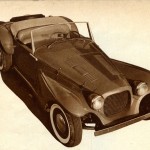 Caption: From any angle, the Ascot shows styling that is trim but strongly conservative. With a snap-on top and wind-up windows, weather protection is greatly improved over company’s earlier model.

As we continue the “march” of our specials…how ‘bout one that appeared in April 1955 Road & Track?  Namely, the Glasspar Ascot.   We’ve seen this car before.  It first appeared on the streets in the February 1955 issue of Motor Trend.  Click here to review that story.

Nearly everyone has his own ideas about what he would like in a sports car :

The Glasspar Company, of Costa Mesa, California, pioneers in the construction of fiberglass bodies for boats and cars, have listened to a lot of opinions on the subject during their last four years of experience in the field, and their second model available this spring represents something of a new approach for the firm. 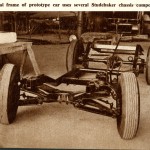 The body of the “Ascot”, as the car is to be called, requires a 94 inch wheelbase with a tread of about 50 inches.  Styled on rather classic lines, it departs even further from the Mark I body in that it is composed of a number of separate panels instead of being in one piece.

The panels are held together with nuts, bolts, and lock washers, a type of construction offering the obvious advantage of facilitating repair of damaged sections.

Shown here is the prototype car, which utilizes a special frame with many Studebaker components.  Ultimately Glasspar plans to use their own suspension and a domestic engine of about 170 cubic inches (such as the Willys F-head) for class D competition, and all parts are to be U.S. made.

Final plans for merchandising have not yet been completed, but Glasspar anticipates selling the car, complete with cloth top and roll-up windows, directly from the factory to the buyer.  In this way, it is hoped the price can be kept “just under $2500”, and with a wet weight of only 1750 pounds, the power-to-weight ratio should be favorable enough to make the “Ascot” a sports car to watch for this summer. 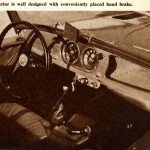 The Ascot was a beautiful car, but was destined to fail – for all the wrong reasons.

During interviews with Bill Tritt several years ago, he shared with me that when the car was finished and promotion began – he took a vacation with his family.  And when he returned, the Board of Directors had scrapped the mold, destroyed cars in the process of being built, and ended all future dreams of Glasspar building cars.  And that story – along with Bill Tritt’s recollections – is for another day. 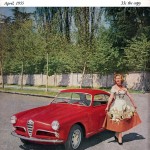 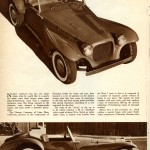 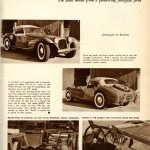 Caption: From any angle, the Ascot shows styling that is trim but strongly conservative. With a snap-on top and wind-up windows, weather protection is greatly improved over company’s earlier model. 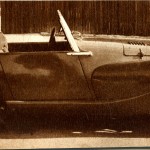 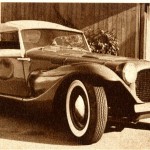 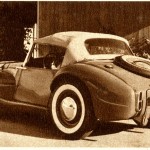 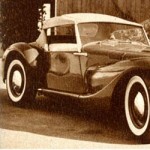