One of the most celebrated fiberglass specials of the 1950’s was built by Richard Bosley of Mentor, Ohio.  John Bond of Road and Track thought very highly of this car as he tracked its progress being built and its debut below in 1955.

Bosley called it the “Bosley Mark I” sports car – although it’s not referred to by this name in the article below.  This must have been a later manifestation of the car during the subsequent years he drove it.  The Robb Report did an excellent review of the full history of the car back in 2006.  Click here to review the Bosley story posted by the Robb Report Collection.

For today, let’s look at the original words that described the debut of this car – most of it penned by Richard Bosley himself. 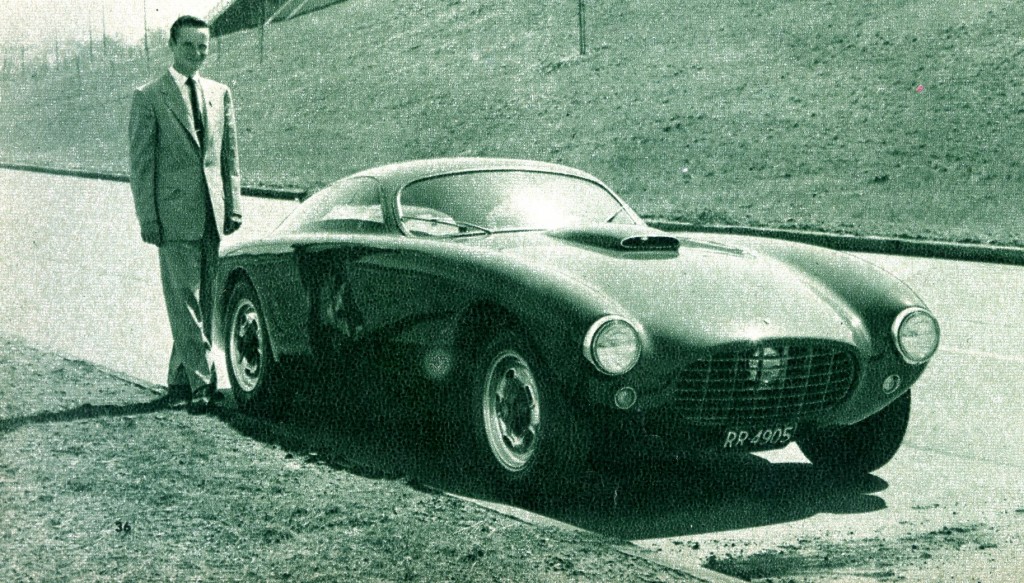 Like hundreds of other automobile enthusiasts young Richard W. Bosley of Mentor, Ohio, dreamed of someday building real automobiles in limited quantities for people who appreciate the best.  With that thought in mind, work commenced on a prototype which was to embody all the features that Mr. Bosley felt car fanciers would appreciate.

Three years and a five-figure investment later, the finished product emerged and made its debut at Sebring in March of this year – as a spectator, not a participant.  But here is Dick’s story in his own words: 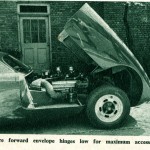 “Three years ago I was beaten by my mother’s Olds in my new sports car and at that time decided that I had to have something more potent.  I had wanted to build a car for several years but lacked the knowledge required to form body panels and it was about this time that reinforced plastics were becoming a practical material for hand lay-up.

I sold the sports car to have some ready capital in the month of June 1952.  The entire summer (evenings) was consumed on the drawing board and construction started in September 1952.  Since my main interest was to have a free hand in the coachwork department, it was necessary to design a frame from the ground up.  Since I am a graduate from Ohio State horticulture, I had no background except what I had read in Road and Track.

Believe me, those articles on “sports car design” were my bible.  I only wish you would supplement it by some comprehensive articles on how to build a fine, finished automobile from the corner post to window frame.  Getting back to the car, the frame is 4 inch diameter 16 gauge mild steel tube (as per your articles) welded into a ’50 Ford front cross member.

The rear suspension is a modification of the C Jaguar formula (that you published) with coil springs.  Believe me it works.  The engine is a ’52 Chrysler V8 with a Cunningham manifold connected to a 5 speed transmission with an open drive shaft to a ’48 Mercury rear axle.  The wheels are obviously Halibrand.

The entire rear of the car is gas tank (55 gallons) which leaves no room for luggage but is nice for long races.  The filler is in the roof.  The hood hinges low in the front for easy access and has a slot where it meets the windshields for exit of the hot air under the hood.

The doors are opened by a key (GM trunk lock mechanism) which is fine except in Le Mans starts.  The door windows are held in by three knobs and when removed allow ample ventilation.  The rear quarter windows are permanently fixed. 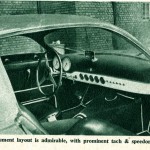 Here are some dimensions:

The ratios are good for road use, and combined with the lugging power you can slow to 25 mph in 5thand still pull away smoothly.  I shall refrain from giving you any performance figures as they would not be official but it handles very well in my estimation.

The brakes are 12 x 2 and ½” in front and 12 and 1 and 3/4” in the rear, not sufficient for competition but I hope to install a set of Halibrand’s new double disc brakes.  The speedometer and tach are made up special from Ford police speedometers. 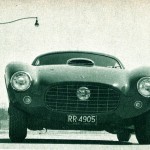 The car has Bendix power brakes.  I made all body parts myself but the painting, upholstering and technical assistance were by Russels Custom Body Shop in Painesville, Ohio.  The photographs are by Cavan Studio in Cleveland.  Building the car occupied 2 and ½ years of painstaking evening work and consumed far more dollars than I had ever imagined!”

About all we can add to this story is that the car is for sale.  How else is a young entrepreneur going to proceed?  Oh yes, the color?  Italian red, of course!

Richard Bosley was 19 years old when he started planning the car in 1952.  By 1955 when the car was completed he was 22 years old.  I don’t know about you gang, but I’m 49 years old and still waiting to design and build my own “first car.”  Bosley eventually traded the car to Dick Doane for an ex-Sebring Corvette SR-2 that was to form the basis for the next and last car he would build – the Bosley Interstate.

Back about 20 years ago, Bill Hebal of Wisconsin found the Bosley and became its caretaker.  Some years later, Ron and Sonya Kellogg acquired the car, restored it, and debuted it at the Pebble Beach Concours d’ Elegance to great acclaim.  It’s currently owned by the Petersen Automotive museum and will be making a triumphant “trek” back to Wisconsin this year to be displayed as part of the “Fabulous Fiberglass” Class at the Milwaukee Masterpiece Concours d’ Elegance.  Click here for more information about this event.

You can bet that Bill Hebal will be there to meet and greet his grand ole sports car again. 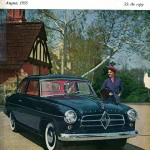 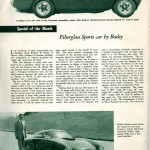 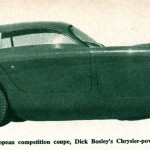 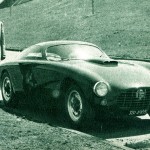 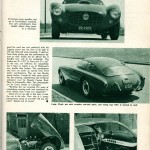 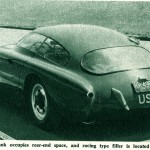 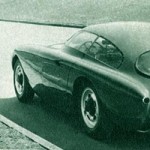