Is it possible?  Could it be?  Was there a Duesenberg powered Allied special built back in the day?

Of course there was!  And good friend Jim Miller, SCTA historian and dry lakes enthusiast told me all about it.  Actually….he told me about the person who knew all about it – Kay Kimes.  And Kay is still with us and was more than willing to share the story – and pictures too!

Who could ask for more?  So what did I do?  I got ahold of Kay and let him tell his story – and  what a great story it is for you Allied owners out there!  You’ll love every minute of it.  So..

Kay is 82 years old this year.  But back in 1954 he was 24 years old and rarin’ to go.  His good friend Gene Hersom had bought an Allied Swallow and was finishing up building the car for racing on the dry lakes.  Gene and Kay were Bonneville bound.  The car was mostly finished when Kay joined him in early 1954 and Kay remembers that the chassis was made from PBY aircraft tubing.

The chassis, Kay believes, was built by Gene – which may be exactly right.  But Bill Burke was building chassis for his Allied cars in 1952-1954 and after building the initial frames out of Ford Model T parts, he moved to PBY tubing.  “It was light, strong, and cheap – and you could buy a ton of it at the Army / Navy surplus stores” Bill recently told me.  So, the chassis may have been a Bill Burke creation on this car, too. 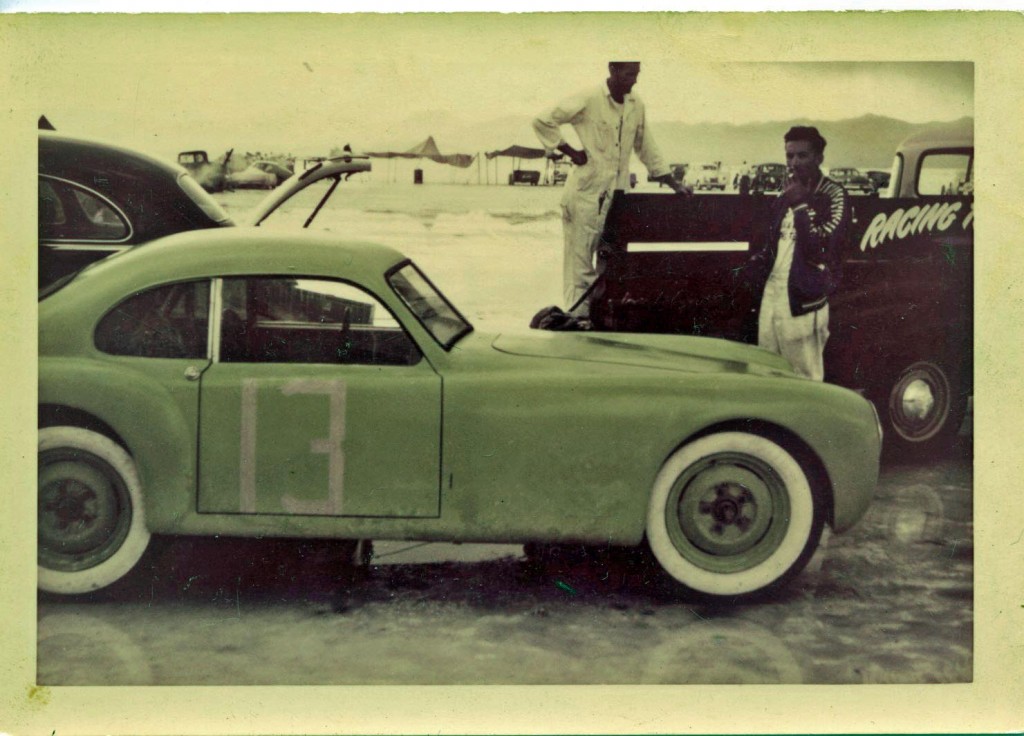 Here The Allied Duesenberg Special Is Shown At Bonneville in 1954. You Can See Kay Kimes’ GMC Pick Up Truck In The Background.

“Gene Hersom built the chassis with all torsion bar suspension that he had machined himself.  I started helping him with the car and it was one-half of a Duesenberg dual overhead cam 8 cylinder engine.  It looked like a little Offy and had been run in several midgets.”

“We had some problems with the engine, and had to create a new crankshaft out of Billet,”  Kay remembered.  “There was something different about the lobes on the crankshaft and when it was reduced to 4 cylinders, a new crank had to be made.   I don’t think Gene created the original 4 cylinder engine from a larger engine.  I believe he got the engine from someone else, and then we began to tinker on it to get it ready for speed.”

Gene and Kay worked on the car and it was ready for Bonneville in August 1954.  Gene would be the driver and Kay would help with working on the car as needed – he might drive it too.  I asked Kay about his memories of the car at Bonneville.  He shared the following:

“We ran the car first at the salt flats in 1954 – but didn’t get a timed speed.  The Duesenberg engine was in then, but we couldn’t get it working perfectly.  You can see the car in the film that was taken that year – so be sure to check it out.”

Film?  Color Film?  The holy grail of car research and documentation?  I had to know more – and Kay obliged.  He sent a DVD that showed their trek to Bonneville – and other fantastic cars as well.  I’ll share some of that footage (including the Guy Mabee special and Denny Larsen’s Sorrell) in the near future.

So let’s have at it gang.  Checkout the footage below – it’s about 2 minutes long and Kay narrated it and recalled his memories of the cars and the times:

Other Racing History of the Allied Duesenberg Special

Gene and Kay had big plans for the car.  They were originally going to run it in the Mexican Road Race.  Kay even bought a GMC pick-up truck so they could haul their Allied Duesenberg special south of the border.  Kay said, “Our plans were great and we were excited about that – but the trek to Mexico never happened.  We first went to Bonneville with it. Next was the Road Race at March Air Force Base and Gene would drive again.”

Here The Back Of The Photo Helps Date The Timeframe – This Is When The Photos Were Developed And Printed.

“We tried to run at March Air Force Base but had technical inspection problems and didn’t make it to the starting gate.  Next was the Palm Springs Road Race and I was going to drive.  This time we got it in the race, but the magneto casting broke on the Duesenberg engine and our race came to an end – and so did the life of the engine.”

“Next, we put in a Ford Flathead and took it to the drags at Santa Ana.  It wasn’t our Flathead, but it was built nice.  The new engine performed great – until it fell apart on the first run down the strip.  That was the end of the Ford Flathead engine in our car.  I don’t think the owner of the engine felt too great about it either.” 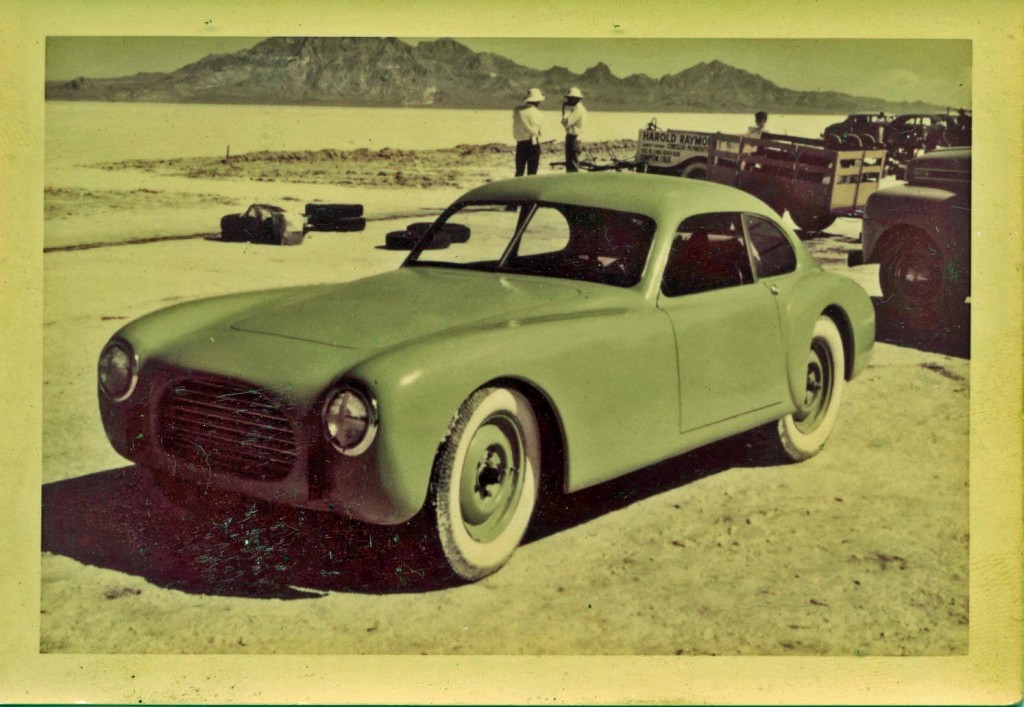 What A Great Shot Of The Allied Duesenberg Special Built By Gene Hersom With Kay Kimes. If We Could Only Go Back In Time…

And so the history of the Allied Duesenberg Special is revealed thanks to the efforts of Jim Miller and Kay Kimes.  And what ever happened to this special car?  No one knows.  It may exist today with some other engine installed, so if you have an Atlas / Allied sports car, check out your chassis for PBY tubing and remnants of torsion bar suspension (it could still be installed).  If so, you may have one special car in your stable – the Gene Hersom Allied Duesenberg Special.

So now you Allied owners out there have another great story – thanks to Jim and Kay.  And, Bill Fester of Houston Texas has another option for an engine choice instead of his first choice for his car which was an Offenhauser.  Bill…. how ’bout a 4 cylinder Duesenberg engine – just like Gene and Kay had in their  Allied?   It can’t be too hard to find one of those – can it gang???  Maybe cheaper than an Offy too?