I love the history of Howard “Dutch” Darrin and his postwar sports cars – most of them built in fiberglass.

Although we mostly know him for the Kaiser Darrin sports car with sliding doors, he actually designed and built a number of different fiberglass sports cars from 1946 to 1962 and probably beyond.  For these reasons, I have begun to refer to Darrin as the “Rock Star of Postwar Fiberglass.”

Click here to review some of the different cars that Darrin designed and built in the postwar era.

Over the next few weeks, we’ll share the history of Darrin’s sports cars after Darrin took back the reins of his car from Kaiser in 1955 and began offering cars himself.

Early in 1955, we find the following short piece in Motor Trend Magazine.  This is the earliest reference found to date of Darrin offering his own sports car under his own name. 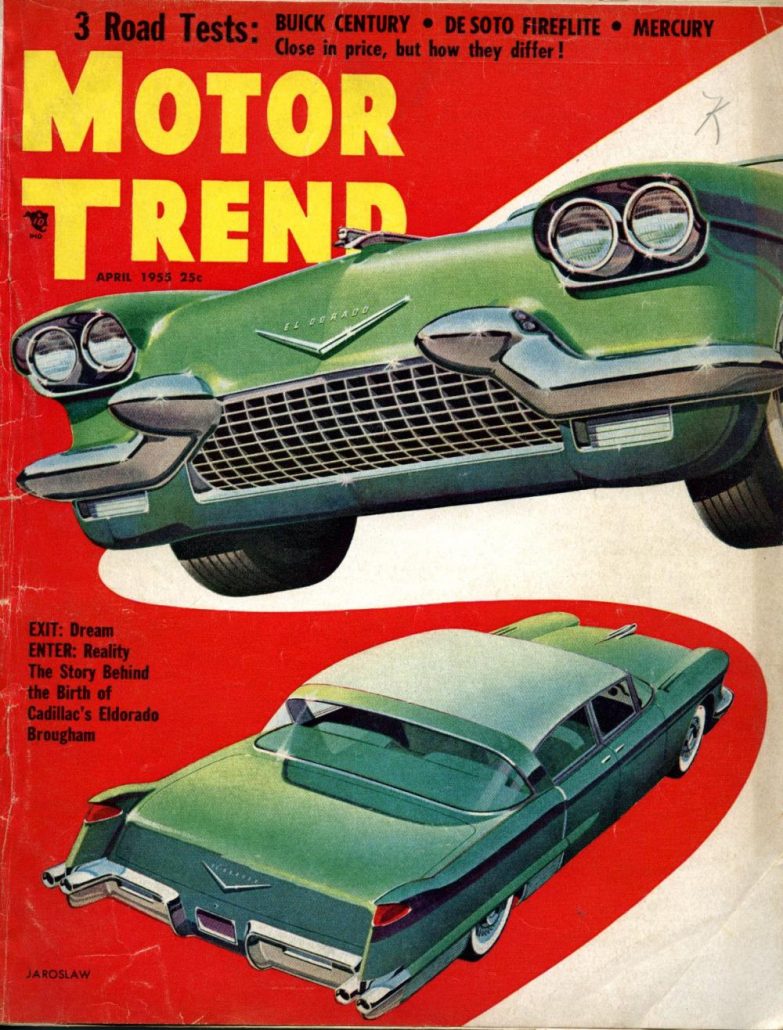 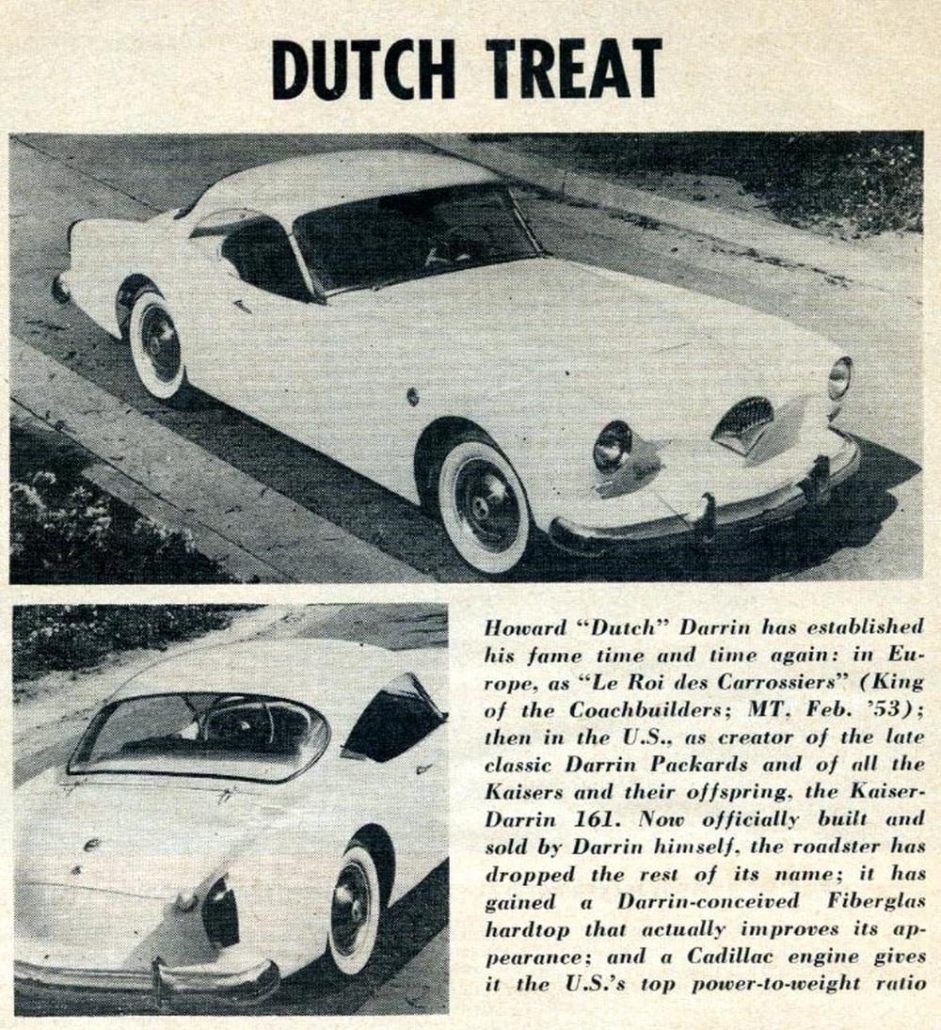 Howard “Dutch” Darrin has established his fame time and time again: in Europe as “Le Roi des Carrossiers” (King of the Coachbuilders; Motor Trend, February, 1953); then in the U.S as creator of the late classic Darrin Packards and of all the Kaisers and their offspring, the Kaiser-Darrin 161.

Now officially built and sold by Darrin himself, the roadster has dropped the rest of its name; it has gained a Darrin-conceived fiberglass  hardtop that actually improves its appearance; and a Cadillac engine gives it the US’s top power to weight ratio.

Late in the same year, we find that the Cadillac-powered prototype hardtop with 500 miles is for sale at Darrin’s Santa Monical Blvd, California shop: 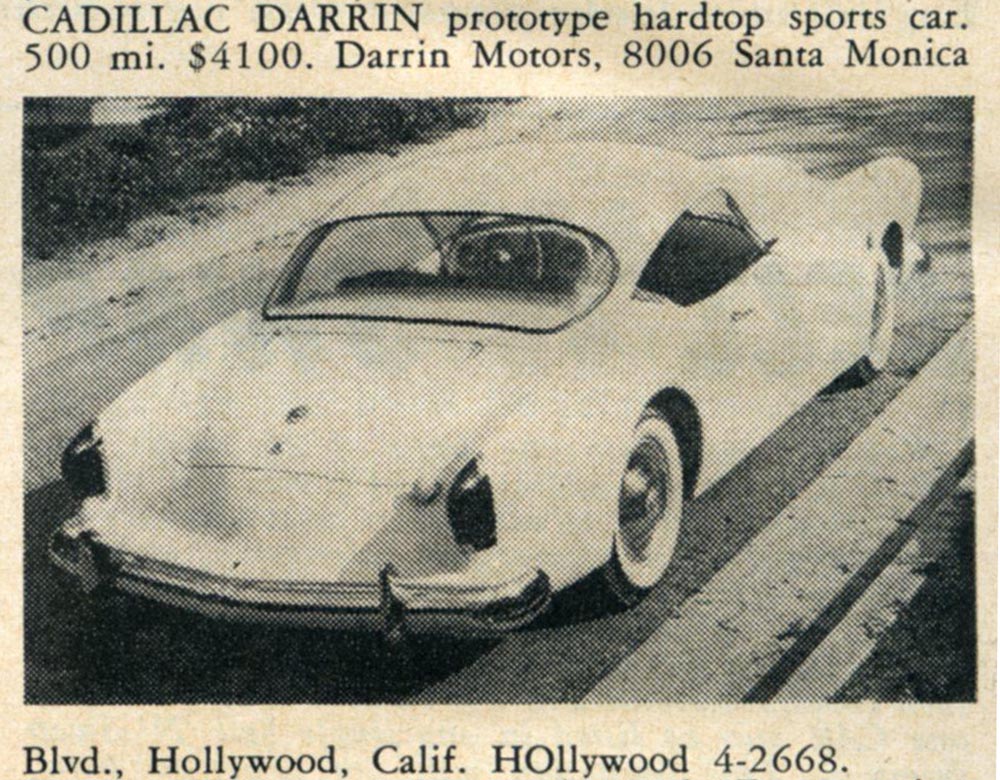 Here we see a photo of a Darrin sports car in the window – for sale.  What’s more interesting are the close-ups of parts of the photo – also shown below.  In these photos you can see the following items of interest: 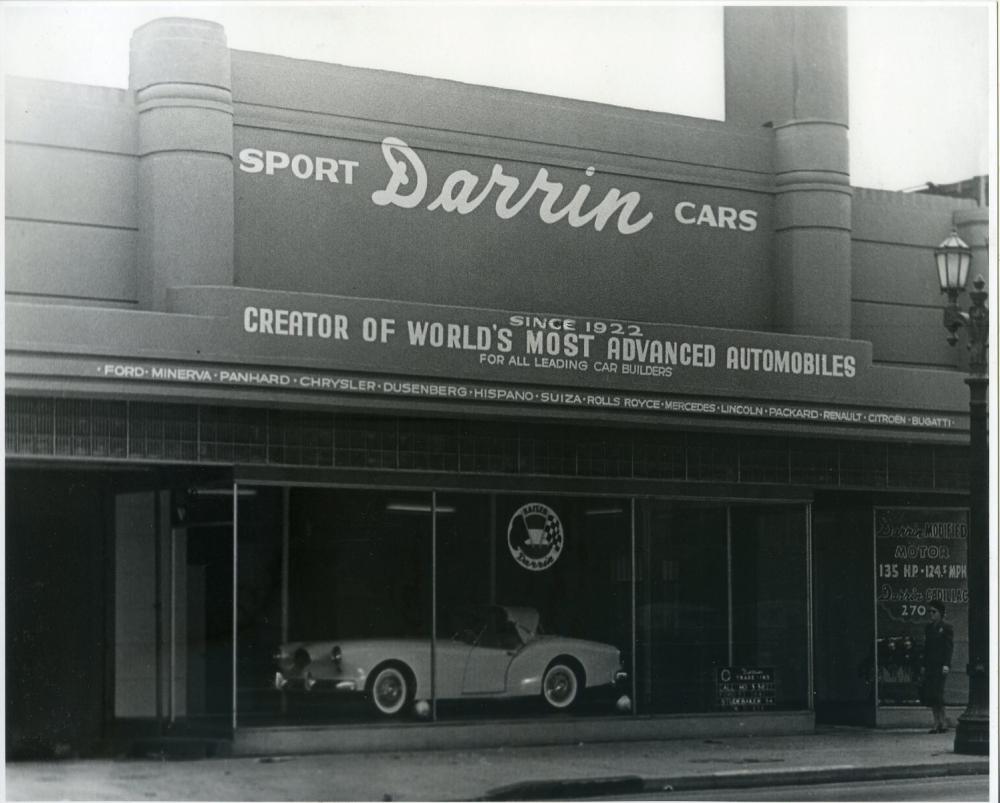 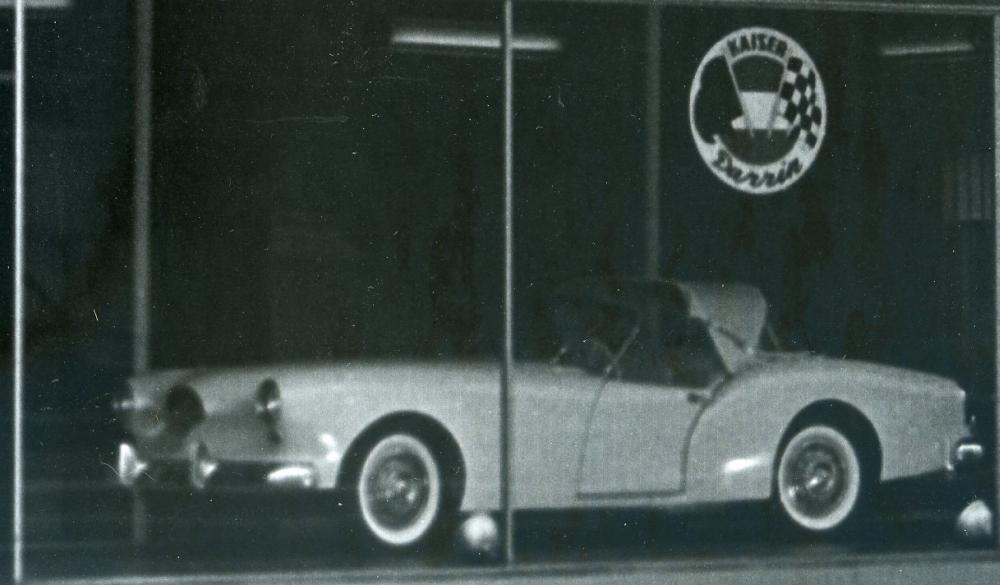 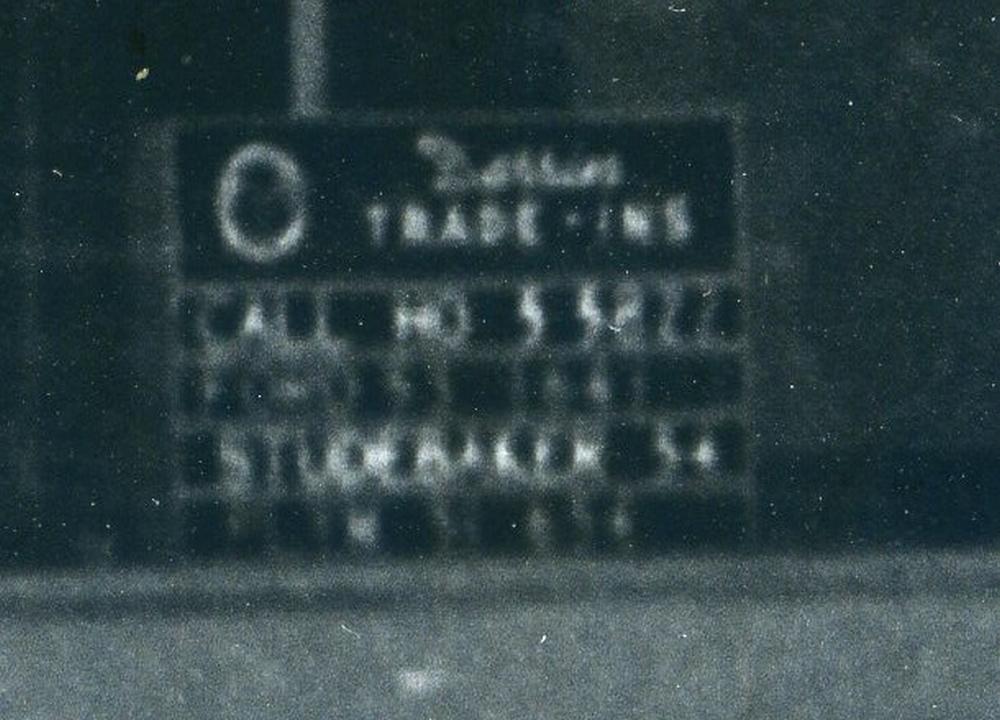 Here’s a letter from Dutch Darrin in 1955 talking about the upgrades to make to a pre-1955 Darrin to prepare it for a Cadillac engine.  This shows that Darrin wasn’t the only one modifying Kaiser Darrin sports cars to accept Cadillac motors, and in fact he was helping by providing advice.

Below the image is a translation of what’s shown in the letter. 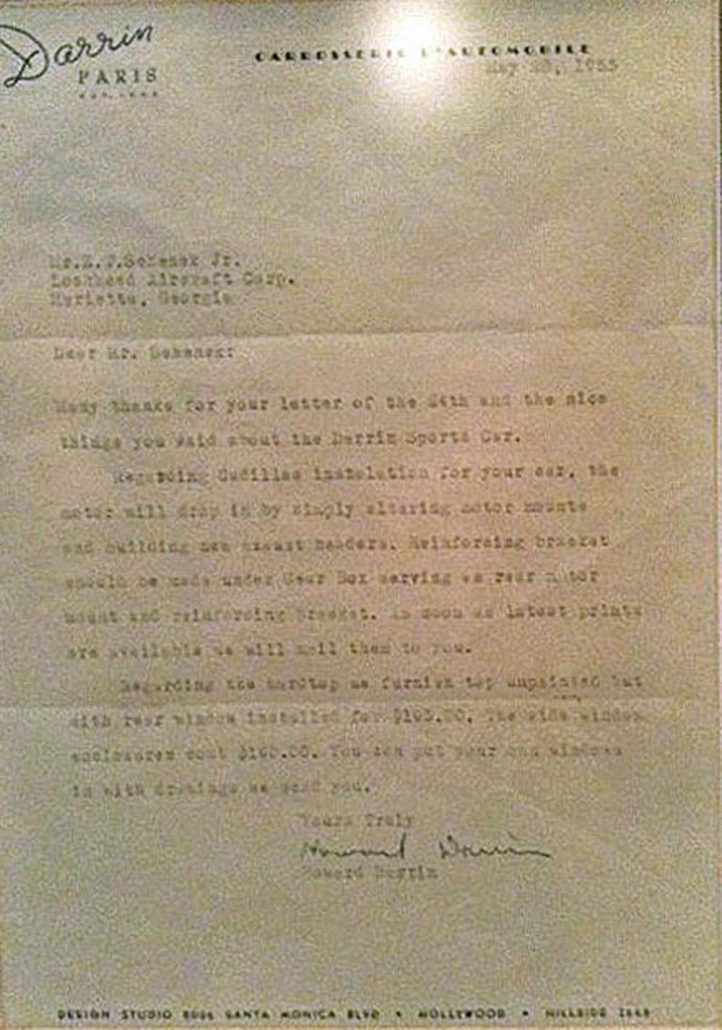 Many thanks for your letter of the 24th and the nice things you said about the Darrin Sports Car.
Regarding the Cadillac installation for your car, the motor will drop in by simply altering motor mounts and building new exhaust headers. Reinforcing bracket should be made under Gear Box serving as rear motor mount and reinforcing bracket. As soon as latest prints are available we will mail them to you.
Regarding the hardtop we furnish top unpainted but with rear window installed for $193.00. The side windows enclosures cost $160.00. You can put your own windows in with drawings we send you.

So that’s our first salvo which focuses on what’s know about Darrin sports cars in 1955.  We’ll be on the lookout for more information from the 1955 launch, and as we find it we’ll share it here with you.  In our next iteration of this story, we’ll jump into 1956 and see what things have changed for Darrin and his sports car.