I’ve been researching this car for quite some time, and recently came across a beautiful hi-res photo of the car from back in 1953.  It was an experimental car – a prototype – designed by La Carrozzeria Touring for the Italian chemical company Montecatini.  If it had a name, I have yet to find it, so I’ve always called it the “Montecatini.”

Let’s see what they had to say about this car back in the 1954 Trend Book titled “Manual of Building Plastic Cars.” 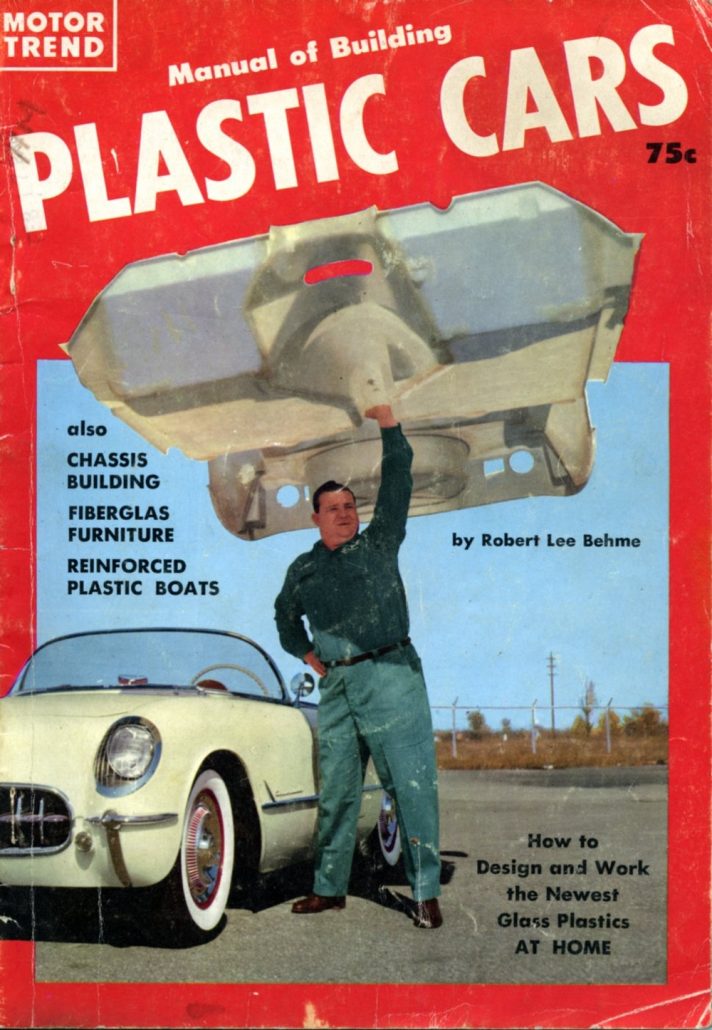 An Italian chemical concern, in order to boost interest among car manufacturers, built a plastic sports car which was exhibited in April of 1953 at the Milan Chemical Show.  This car was designed by the Italian firm of Carozzeria Touring and used a Ferrari chassis and engine.

It is an open sports car, seating three people.  Montecatini claims that one of the difficulties in the construction of a polyester car body lies in such external parts as door hinges, as well as the doors themselves, which usually weaken the plastic shell unduly.  The body was constructed by Montecatini on the Ferrari chassis, consequently, is doorless, using lowered sections at the side of the seat for access.

This car has attracted considerable attention in Europe, considering that it is larger than the very popular Dyna-Panhard chassis.  The car is about the same size as the Wildfire. 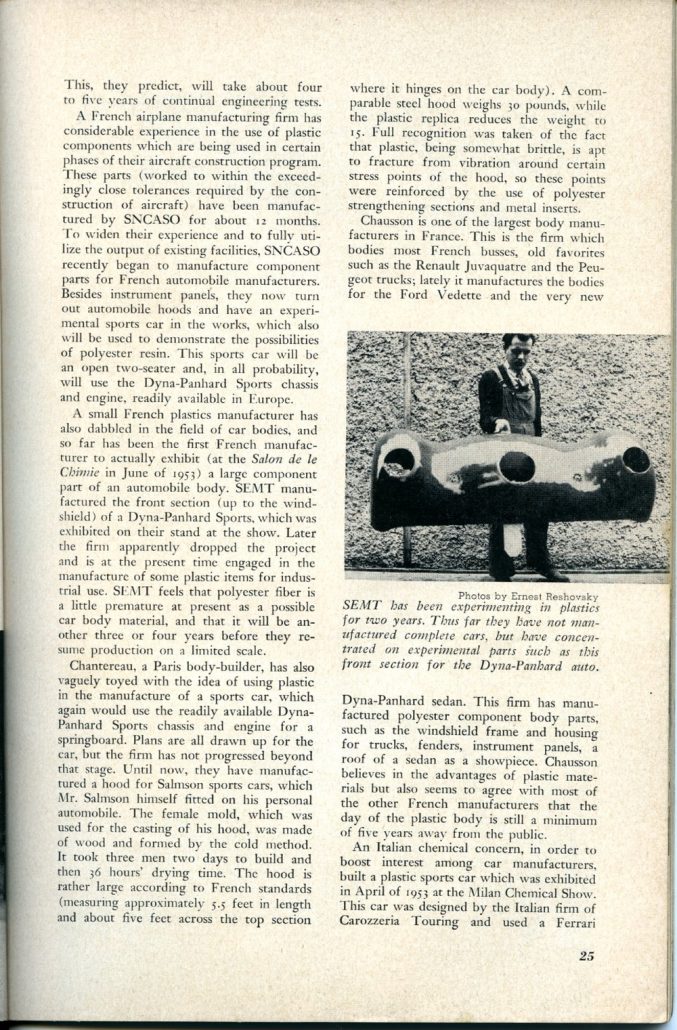 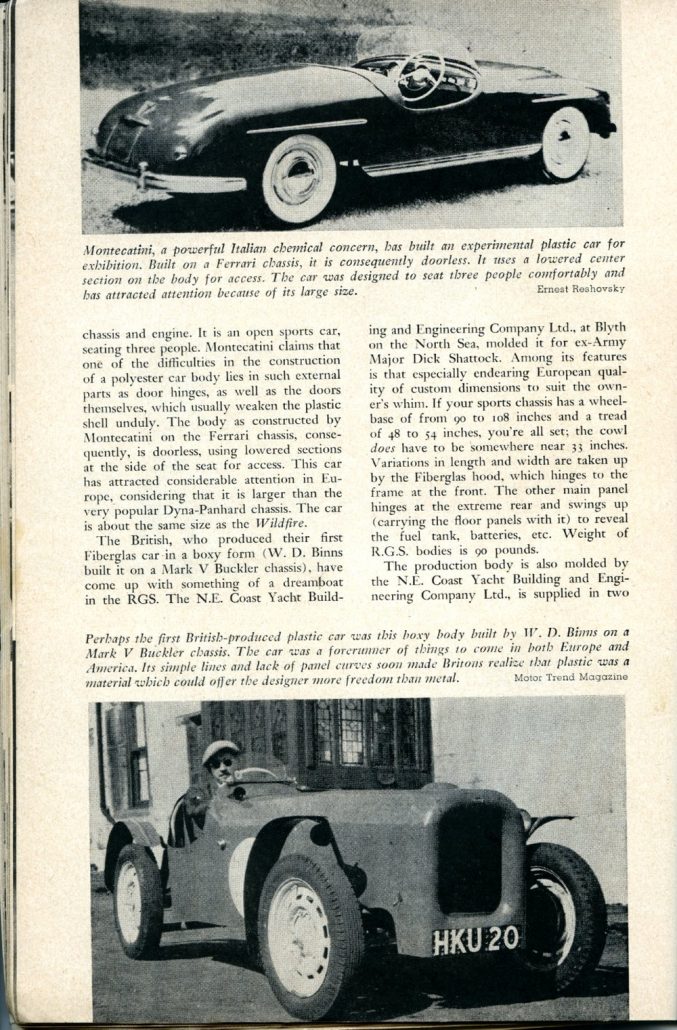 A plastic bodied Ferrari in 1953?  Why haven’t we heard of this before?  Probably because….it wasn’t a Ferrari.  Two later “finds” confirm that the chassis was most likely an 1100 Fiat and not a Ferrari – as follows:

Proof in photos that plastic-bodied sports cars have been advanced beyond the talking stage on the Continent.  This doorless two-seater was designed by Touring for a Fiat chassis.

And…in a recent trip to the John Bond Archives at Kettering University in Flint, Michigan, we found the following high-res photo and caption: 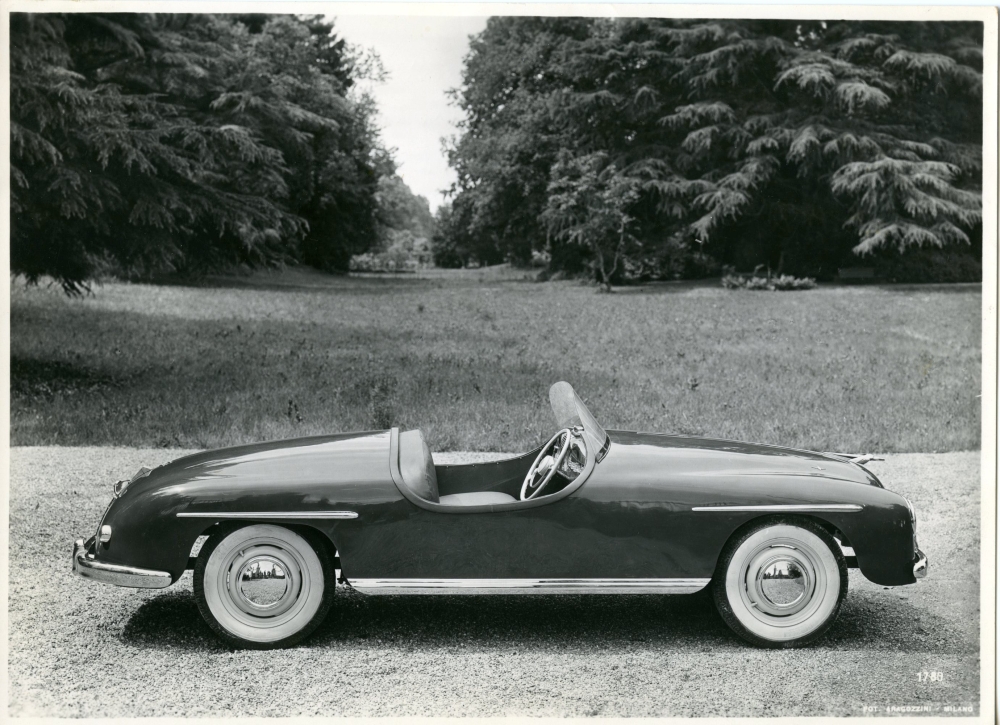 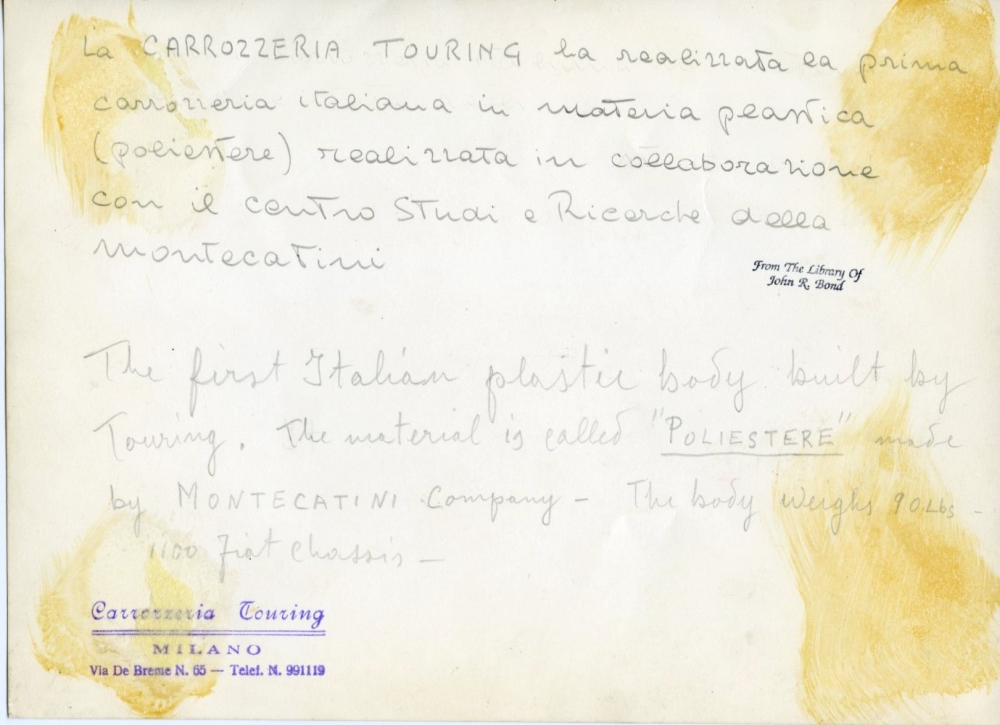 The first Italian plastic body built by Touring.  The material is called “Poliestere” made by Montecatini Company.  The body weighs 90 lbs (on a) 1100 Fiat Chassis.

The use of fiberglass was NOT a uniquely American experience.

As we’ve said here before, “fiberglass” was the “carbon-fiber” composite of its’ day.  Companies built prototypes with this new wonder material and people flocked to shows to see these cars – just as they do with their carbon-fiber composite brothers.

So where is the “Montecatini” sports car today?  I’ve poked and prodded a bit but haven’t found it yet.  Perhaps one of our European fiber-aficionados will join us in the hunt and help us discover the rest of the story 🙂