“I scream, you scream, we all scream for….glass dreams”

Jim Miller has been a good friend since I met him in my quest to learn more about the history of Bill Burke’s first belly tank streamliner that was built in 1946.  He comes from a legendary family of car guys, and his father’s car from the early 1950’s just pulled in a first place award at the 2010 Pebble Beach Concours d’ Elegance for it’s class.  Click here to learn more about his father’s car and its showing at Pebble Beach.

Jim is also curator and historian for my favorite historical site for hot rods and dry lake cars on the web – “The American Hot Rod Foundation.”  Click here to visit the AHRF website.

Here’s the bio on the AHRF website for Jim:

Jim Miller, Curator and Historian, is a certifiable car nut. He was born into a family with gasoline in its veins. His grandfather was a Duesenberg driver/mechanic and set over 40 speed records at Muroc dry lake in the 1930’s. Jim’s father, Eddie Miller, was a founding member of the pre-war S.C.T.A. Centuries Club and built a record-breaking lakester before designing the last of Lance Reventlow’s Scarab race cars.

Jim’s first car was a quarter-scale midget racer (age three!) and by the age of 12 he had worked on two sports car projects and was fabricating parts for his dad’s gyrocopters. In 1957, after a friend gave him a batch of old car magazines, it was “read and collect any and everything that had to do with historical race cars”. That tradition carries on ’till this day – Jim’s auto racing library had taken over his home.

After military service, it was back to work and back to cars. In the early ’70’s Jim developed the first after-market suspension parts for Toyotas. He then spent the next 28 years in advertising, all the while dabbling with sports cars, hot rods and vintage sprint cars.

In 1995, Jim returned as a spectator to the Bonneville Salt Flats and joined the S.C.T.A.’s oldest club, the Glendale Sidewinders. For the 1996 season he was inspecting cars and had hooked up with fellow Sidewinders Manchen, Manghelli, Kennedy and their red Alfa Romeo. The next season, 1997, ended on a high note with the team winning the Points Championship. Next, three years as Chief Technical Inspector, a stint as S.C.T.A. Treasurer, and entry into the prestigious El Mirage 200 mph (Dirty 2) Club. He also helped in the building of the world’s fastest streamliner powered by a Flathead Ford (302.674 mph) and four-cylinder engine (345.855 mph), and is putting the finishing touches on his own concept lakester.

Click here to learn more about Jim and the other folks who make the AHRF possible.

Jim’s Fiberglass Specials – Historical Finds And Insight Into The Past

Throughout the year, I hear from Jim concerning fiberglass specials and their history that come his way.  As he collects and writes about the 1950’s hot rod era, many of the fiberglass cars we enjoy come front and center in his collection.  Such was the case when I heard from Jim earlier this week:

Great job on the Forgotten Fiberglass site.  I was going through some old programs from the Oakland Roadster Show and found the attached. It’s from 1957. I know you like to track things down so- Jess was from Alameda, CA and he could possibly still be around. I checked B-Ville entries for ’57 and ’58 and it looks like he never took the car there.

Until the next mystery car surfaces, enjoy.

What Jim found was a picture that appeared in the 1957 National Roadster Show Program (also called the Oakland Roadster Show).  Here’s what the caption read: 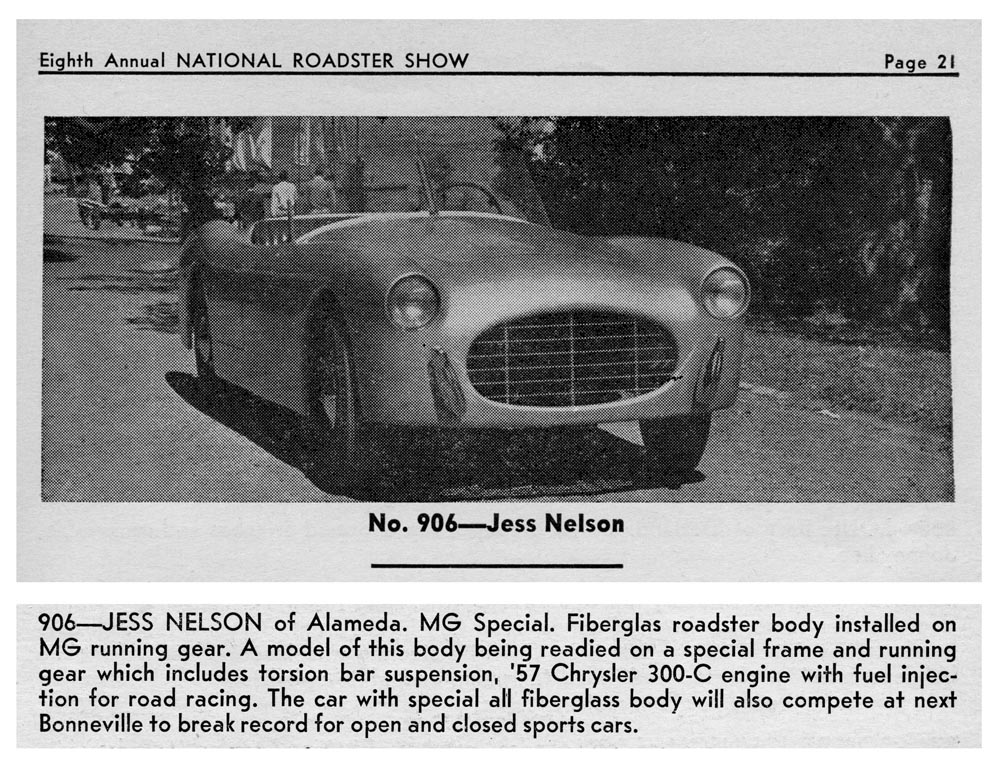 Fiberglass roadster body installed on MG running gear.  A model of this body being readied on a special frame and running gear which includes torsion bar suspension, ’57 Chrysler 300-C engine with fuel injection for road racing.  The car with special all fiberglass body will also compete at next Bonneville to break record for open and closed sports car.”

That’s all we have gang.  Some intriguing clues to at least one completed car and perhaps others built with the same body – all from the San Francisco Bay area.  I’ve checked around and so far have not found any more pictures or information about this car, but perhaps some of you fiberglass aficionados out there might have a clue.  Here are some questions to consider:

Have at it gang.  First one to find Jess and his car gets a fiberglass prize.  I’m just not sure what that is yet, but Rick D’Louhy and I will put on our fiberglass hats (in the same serious “vein,” think tin-foil hats) and come up with something soon. 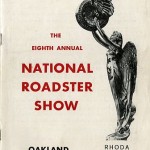 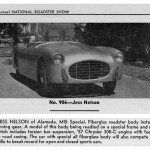 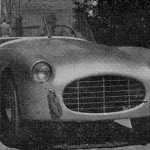 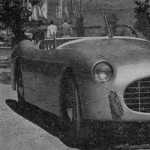