There’s so much good information to be had in vintage magazines – but the articles are just the tip of the iceberg.  Crucial information is often found in the editorials – like the editorial we found in the November, 1951 issue of Motor Trend Magazine.  In this issue, the editor, Walt Woron, recognized that styling ideas from Detroit were coming from California customs, sport customs and hot rods – and this was 1951 – and Detroit confirmed this.  A quote from his article shares,

“It has been freely admitted by top Detroit automotive designers that many innovations on production cars are the result of watching the developments of these enthusiasts who build their own custom cars, sports cars and hot rods.”

This editorial is fascinating because it confirms that innovation, style and design ideas were coming from southern California and this was the very place that fiberglass sports cars debuted in late 1951.

But it’s not just the editorials of magazines that are important.  Every page contains gems or “clues” on what the history is and what information to be on the lookout for – especially the classified ads.

The Importance of Vintage Classified Ads:

As our Undiscovered Classics team combs over vintage magazines, we always pay attention to the classified ads – and for good reason.  More than once, we’ve discovered key information in an ad that talk of “ownership” or “designer” information and this information is not found anywhere else.  We’ve even found a car or two using the classifieds from the 50s – decades after the car was in the ad.

Still other times we’ve used classified ads to signify the “end” or last date of a car company – like the ad below from the August, 1963 issue of Hot Rod Magazine.  In this ad we see Woody Woodill listing his Wildfire for sale – evidently a personal car and one that he had used to represent his company.  Woody is advertising the car, tooling – the entire “lot” which includes a body – for $5000.  For comparison, the entry price of a brand new Cadillac was about the same cost back in 1963 –  just over $5000.

But what do we know about this car?  Well is was a bit different – especially in the taillights it used.  The Wildfire was originally designed in 1953 to use 1952 and 1953 Willys Aero taillights – as shown below. 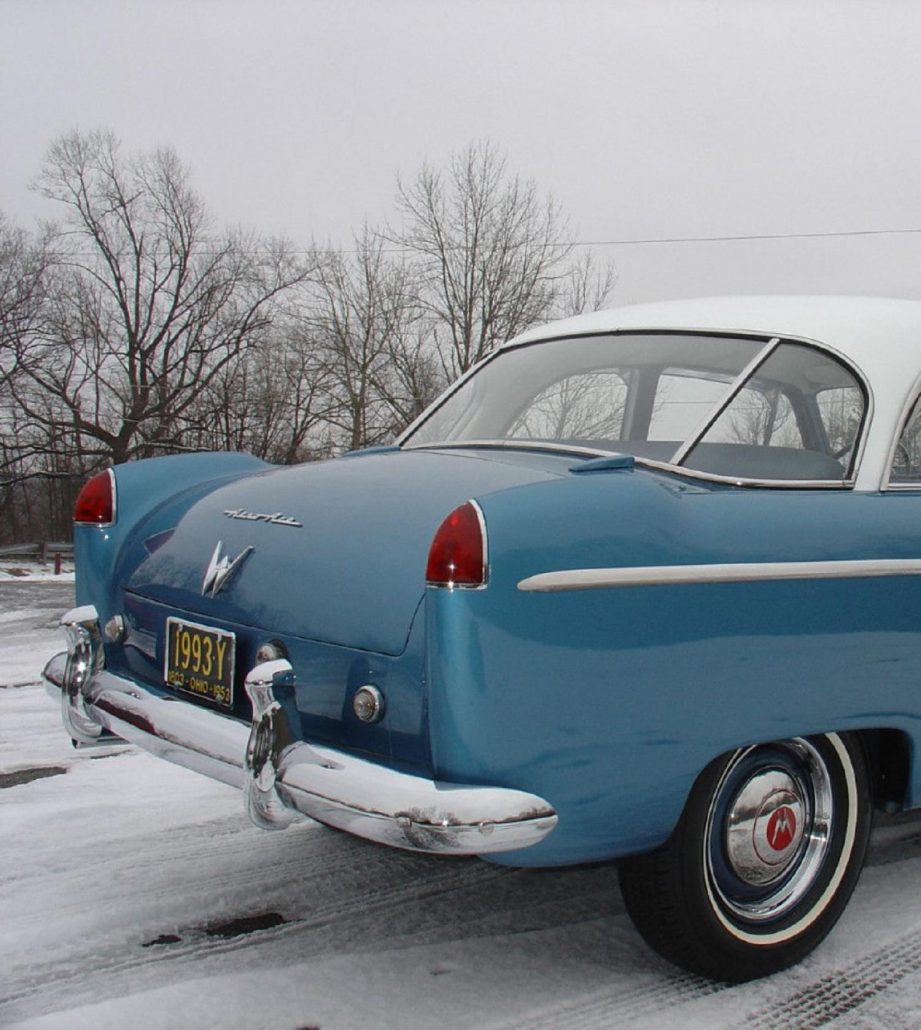 These are the taillights on the 1952-1953 Willys Aero. These are also the most commonly used taillights for the majority of Woodill Wildfire Sports Cars.

In 1954, Willys changed the taillights for the Aero and it now had a lower reflective taillight area.  You can see this in the photo below. 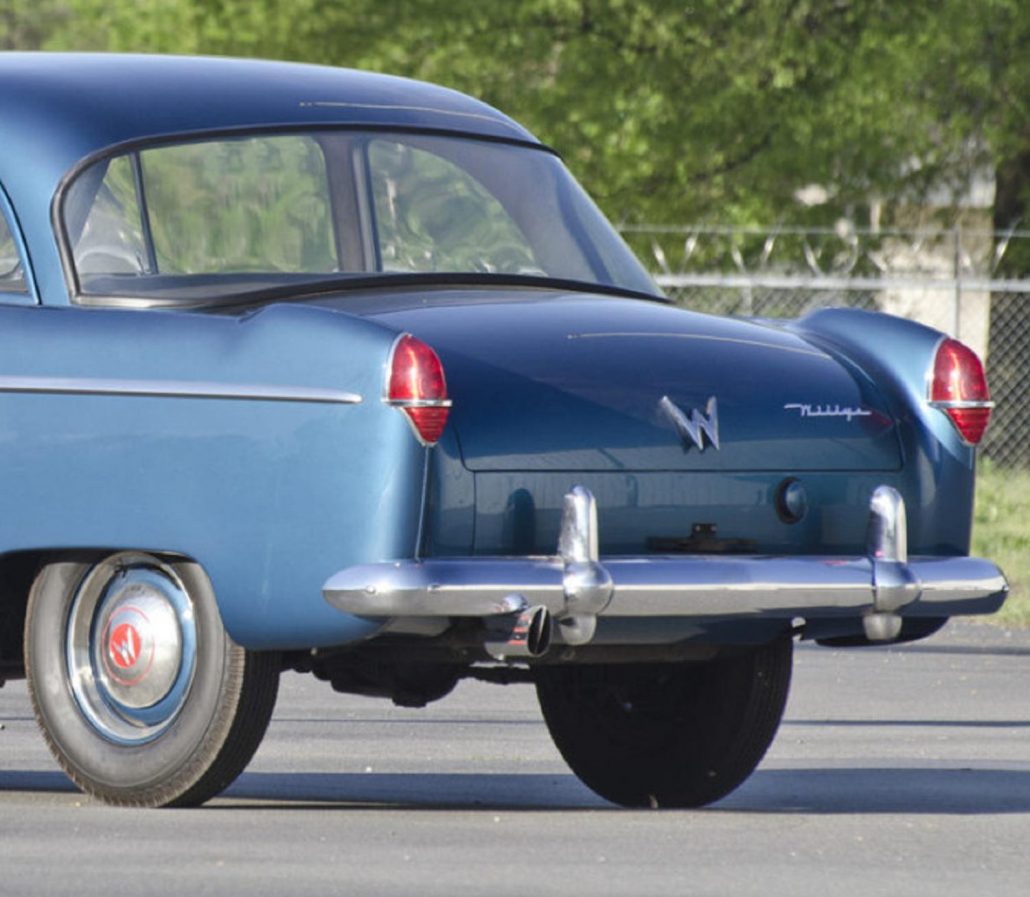 In 1954, Willys changed the taillights on the Aero which now included a new lowered lighted area.

Over the years we’ve been collecting vintage fiberglass history from across the world.  Concerning Wildfire, much of our information came from the archives of Woodill Wildfire historian Frank Cornell (thanks Frank!).  But the next two photos we found in the Kettering University (Michigan) archives for Road & Track magazine owner John Bond.  These were publicity shots from 1956 – near the end of model production for Wildfire.  Woody was still promoting his sports car which he introduced in early 1953.  But he was also introducing the new Wildfire coupe in another photo and press release too.  Let’s check out the photos. 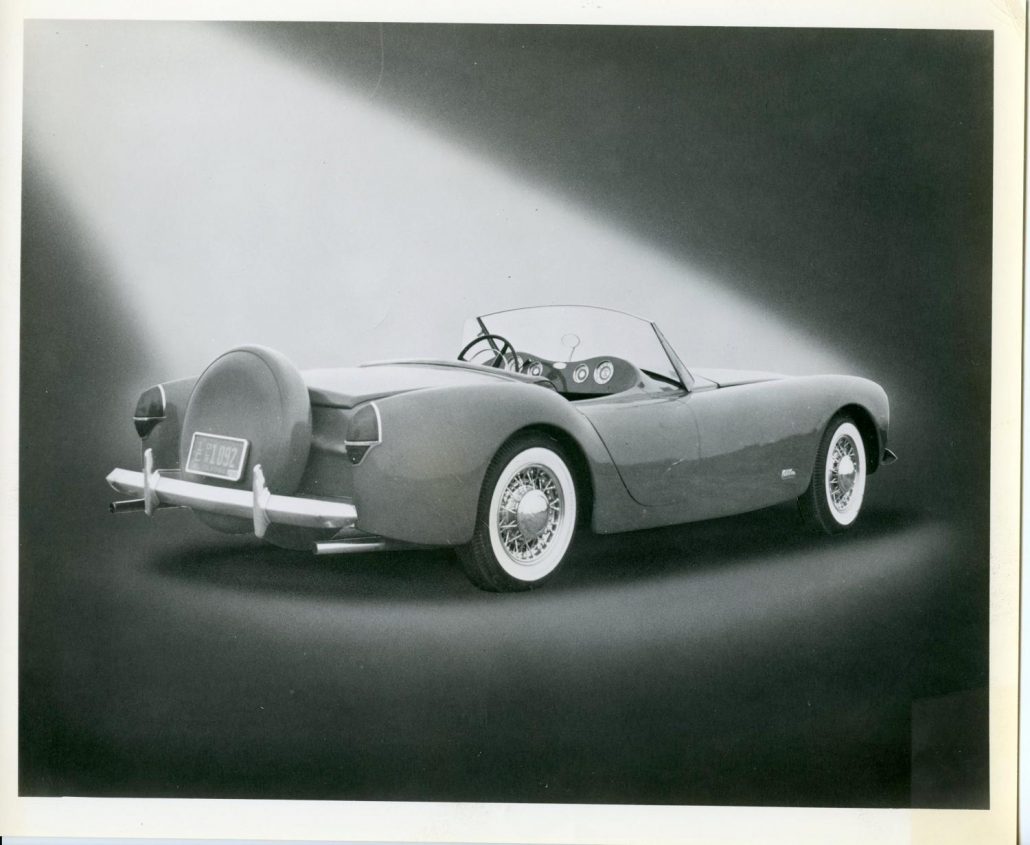 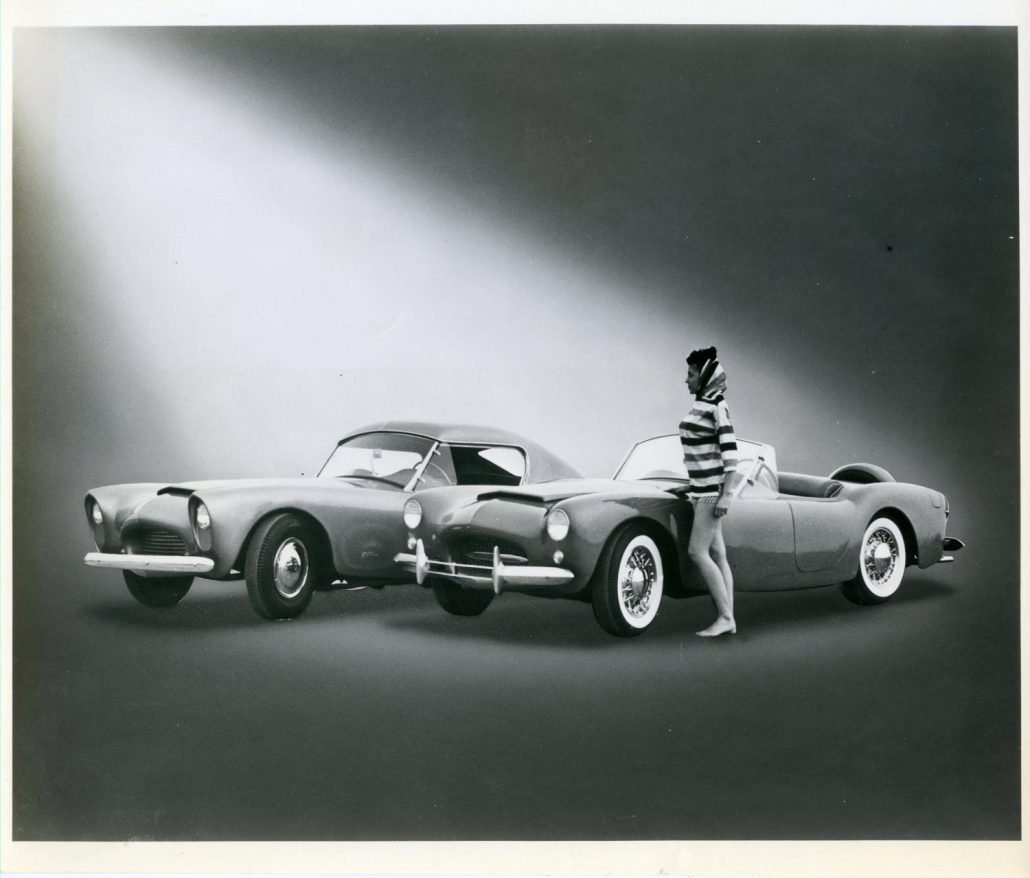 For the publicity photo with both cars, Woodill had prepared the following text:

By comparing the roadster in the publicity photo to the car for sale in 1963, they appear to be the same car – in fact probably from the same photo.  Another interesting possibility to file away as research continues.

So the first pieces of the puzzle are coming into focus.  Woody evidently kept one of his Wildfires – at least thru 1963 – when he / his company was advertising it for sale along with all production molds.  The Wildfire shown in the 1963 ad is the same one from the 1956 publicity photo (same photo too) and if the car was the actual car in the photos/ad, that would be one special car to find with great Wildfire provenance.

But have we found Woody’s last Wildfire?  Be on the lookout for part 2 of this story coming out soon and you’ll learn the rest of the story.