Back in late 2008, I heard from car aficionado Kit Foster concerning a car that had just turned up in a Toledo auto show.  It had a Fiat 600 drive train and the word “Zar” on the trunk.  Kit enclosed 3 pictures and the third one was a close up of a sign asking for help of any kind.  My first pass at information on this car drew a blank, and Kit went ahead and challenged his readers in Old Cars Weekly to check out what they knew about the car. 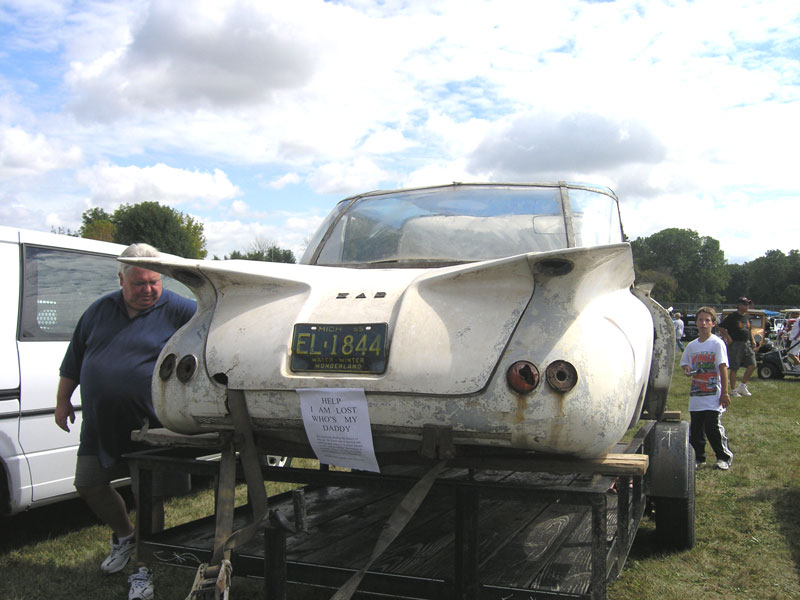 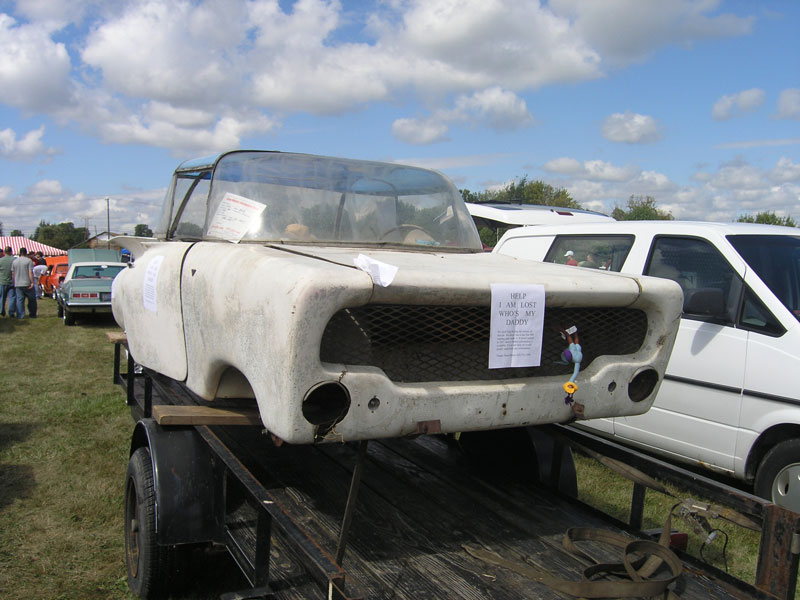 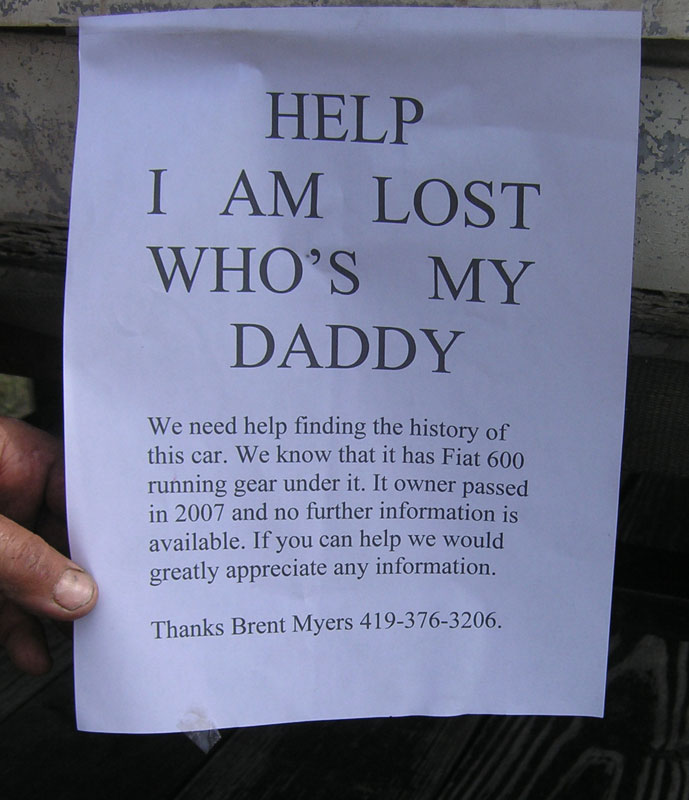 Within a year or so, the owner of the car, Brent Myers, contacted me and asked for information, but nothing had turned up yet – I was disappointed to tell him.  Brent, being the courageous and adventurous person that he was, pressed forward and began restoration of this neat “bubble top” car.  I have great admiration for this because at the time he had what we call a “Mysterion” –  a nicely built car which had lost all of its history and provenance.  Click here to learn more about the pursuit and documentation of “Mysterions” here at Forgotten Fiberglass.

The Restoration of the “Zar Car”

So a few more years go by and Brent completes the restoration of his car and begins to show it in the Mid-West – to great fun and acclaim at each and every auto show.  But still no information.  But recently I got a call from an excited Brent and with pure joy in his words he shared with me…

“I found it!” Brent excitedly exclaimed.

“Found history on what the Zar Car!   What it is and where it was made!” Brent shared nearly out of breath…

What fantastic news!  Brent had visited the website Autopuzzles and one of the puzzles showed a press photo and some information about the car.  Armed with this new information, I tapped both Bob Cunningham and Alden Jewell and asked if they had additional detail on the Zar Car.  Both had heard about it, and both had information.

Alden was kind enough to share his collection via scans with our group and these included a press photo, and a letter right from Zar Car. 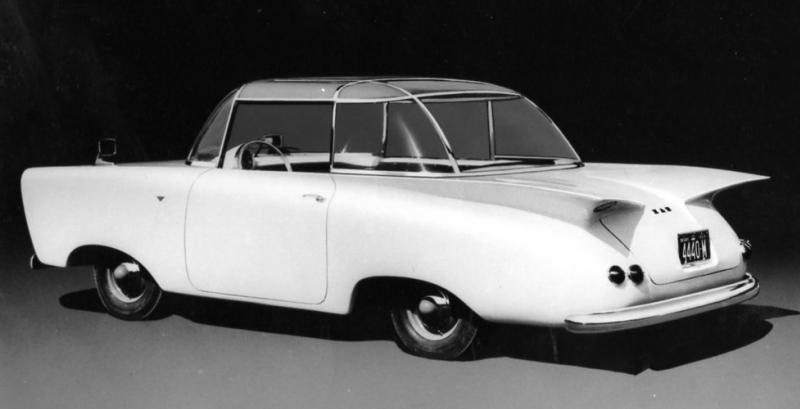 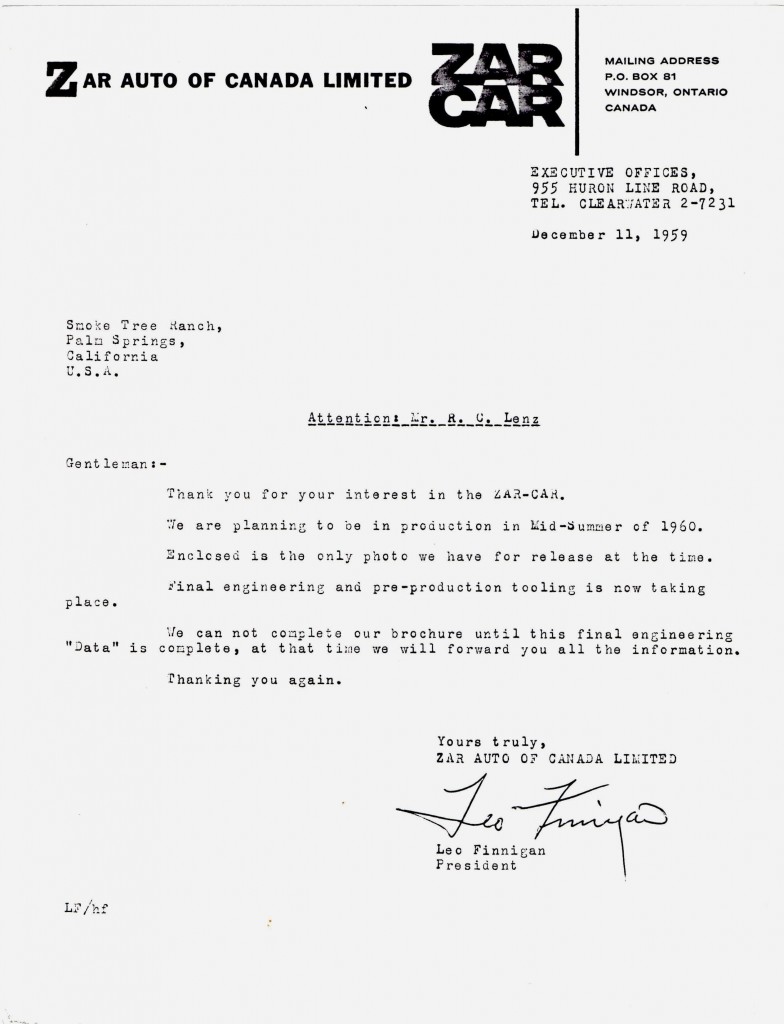 The final reference we’ve been able to find also came from Alden Jewell, and it appeared as a short note with photo in the January 1960 Road & Track Magazine.  Here’s what the note had to say:

Production planning is well  under way for a fiberglass-bodied compact car to be built by Zar Car of Canada, Ld., Windsor, Ontario.  The Zar will have an 83.5 inch wheelbase, weigh about 1500 lbs, and will carry a 4 cylinder 28 horsepower engine in the rear.  Top speed will be 69 mph, and the price will run about $1500.

With the documentation of this car, we have established that the Zar Car is most likely Canada’s second fiberglass car ever built – the first being the Canadian built LaDawri “Cavalier” – later called the “Conquest” when Les and Joan Dawes moved to Long Beach, California in 1956.  The car that Brent Myers found and purchased is becoming more special each and every day.

Let’s take a look at some recent pictures of Brent and his family with their newly restored – and perhaps one and only – “Zar Car.” 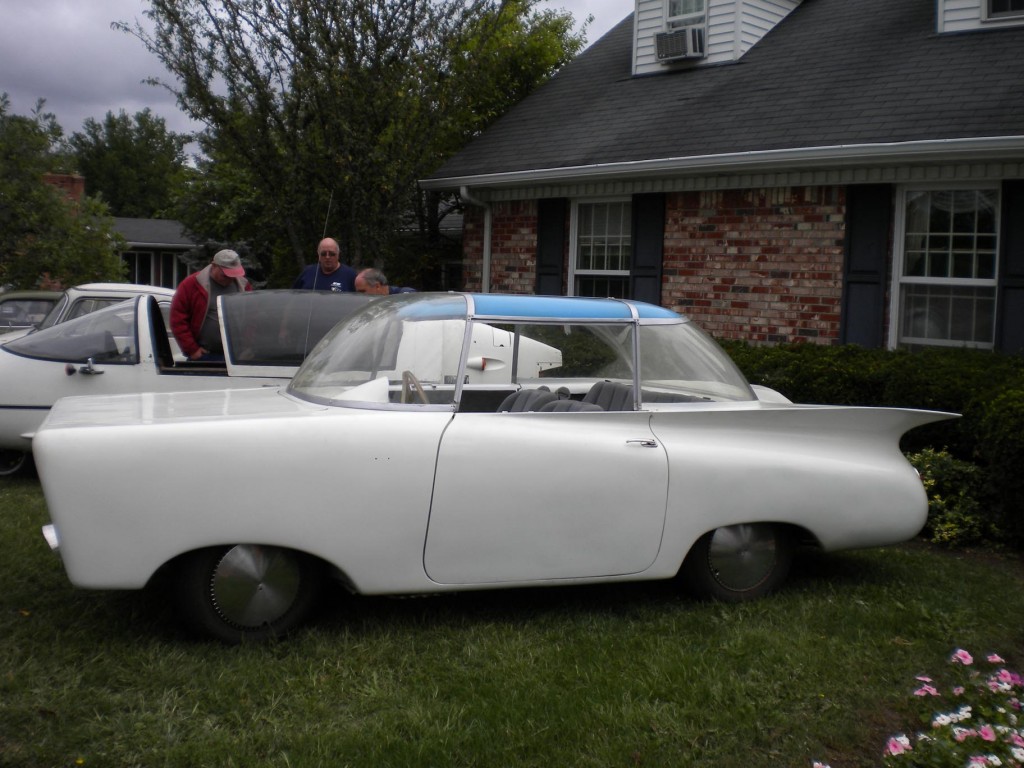 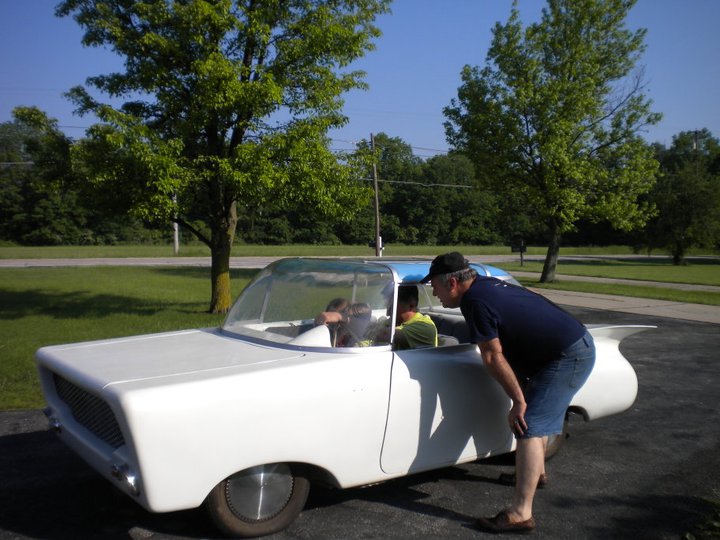 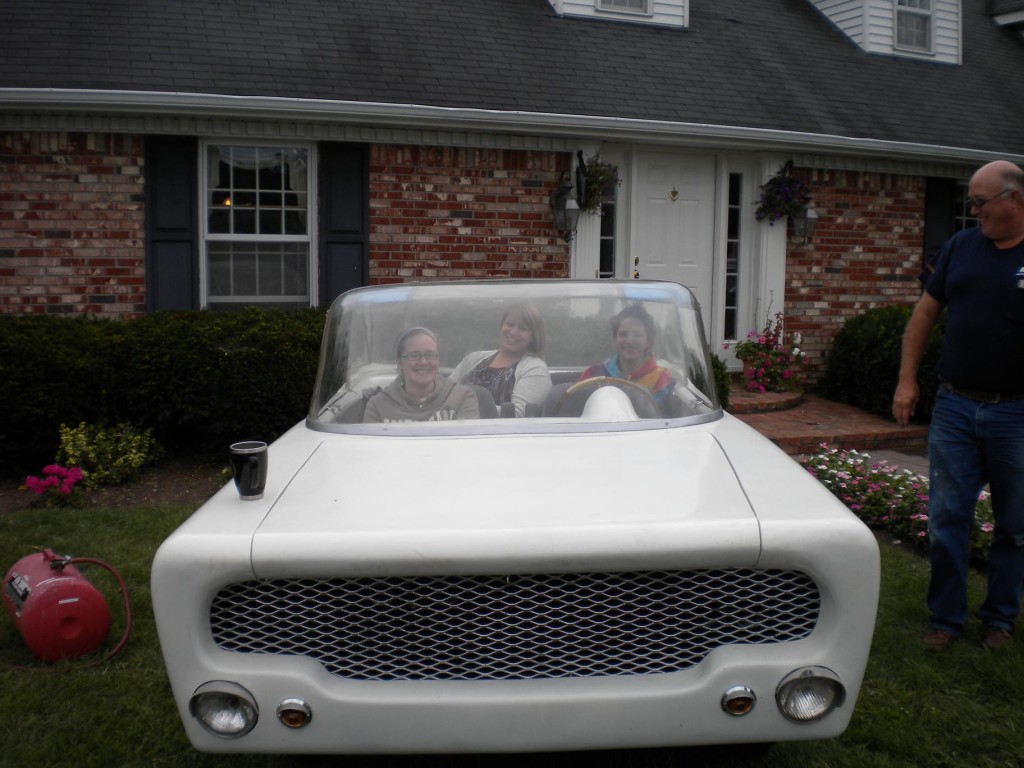 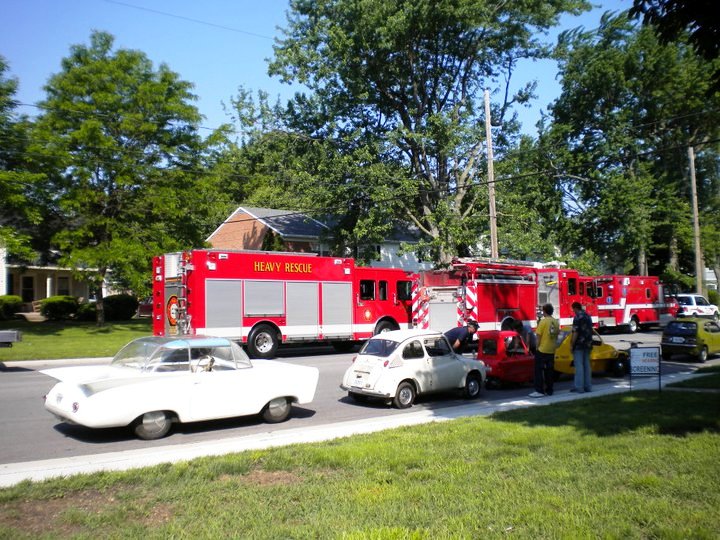 So…you too can help with the documentation of this neat little car.

Bob Cunningham remembers that a press photo showing the front of the car also exists – but we’re still looking for it at this time.  And, as the letter from “Leo Finnigan, President of Zar Auto of Canada, Limited” states, there looks like there may have been a later brochure available – although we can’t confirm it at this time.  It might be lurking in your very collection – ready to share with the only known owner of a “Zar Car” – Brent Myers.

Of course questions remain such as how many did they build?  Is this the only car remaining?  Who was Leo Finnigan of “Zar Auto” and what happened to him?  Is Leo’s family still with us and do they have more history?  Just think gang…perhaps a fleet of Canadian Zar Cars are just around the corner hiding in a Canadian barn  – close to the American border.

Anyone want to take a trip to Windsor, Canada to check around before Winter sets in?   I know that Brent Myers will be there with you as you cross the border on your “Zar Car” quest…. 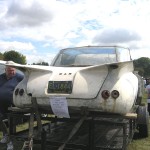 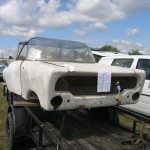 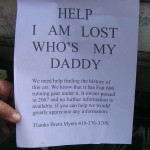 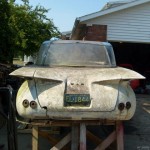 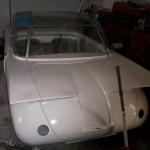 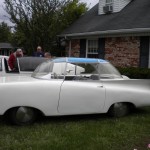 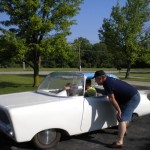 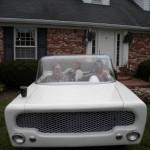 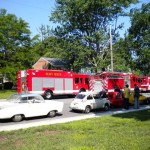 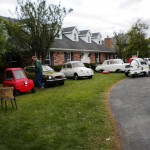 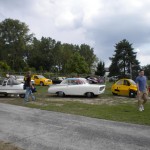 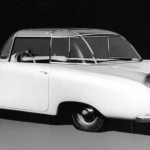 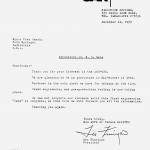 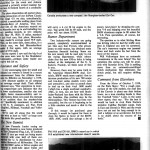 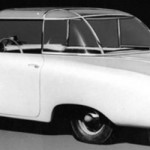