One of fiber-friends from Australia is Ted Godfrey and he recently sent in some information about a Australian sports car that was new to me – a Renault based sports car designed and built by Len Moir.

With help from Ted and a bit of a search on the ‘net, I turned up a great story on a special little car.  Here’s what we’ve found so far: 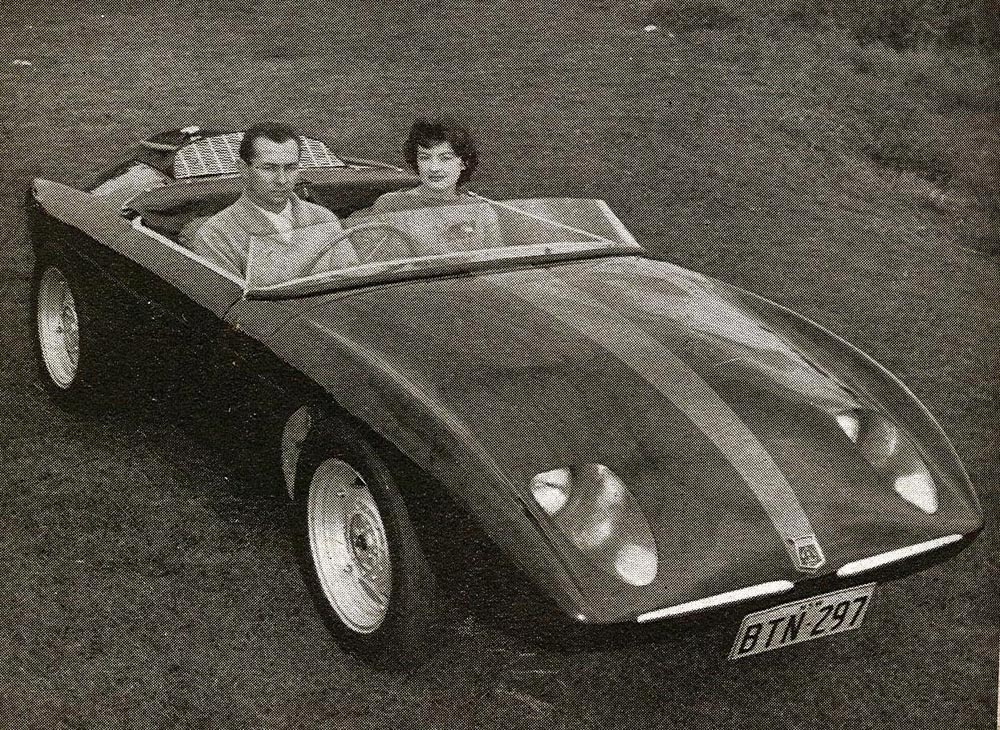 Here Len Moir is at the Wheel. Check out that cool Renault badge front and center on the car. My Covington Tiburon Roadster has the same badge on the rear grille.

The car was designed by Len Moir and built by J & S Fiberglass of Australia which called the sports car the “Reno 750 Spyder.”  Only two cars have been confirmed to been built, but as many as 19 bodies may have been produced.  Only one car is known today to exist and it’s owned by the son of the designer – Tony Moir – and it took him 30 years to find it (sounds like my pursuit of the Covington Tiburon coupe which took 25 years to find).

Additional information posted on the net by “Alan Moore” shared the following:

The first car was built by Len Moir in 1959, and used 2.5 inch round steel tubes to tie the front and rear crossmembers from a Renault 4CV together. Len Moir is shown at the wheel in the photo above.  The original sports car had a body built in three sections, the ends being fiberglass, doors and center in sheet metal.

J & S adapted the body so that all panels were fiberglass and made 19 bodies – some of the later ones having Renault Dauphine equipment. There was no roof, just a tonneau cover. The car was less than a meter high and only weighed 522 kg. Len Moir went on to design beach buggies and hardtops for sportscars for J & S .

Not a bad effort for a Sydney shoe salesman. 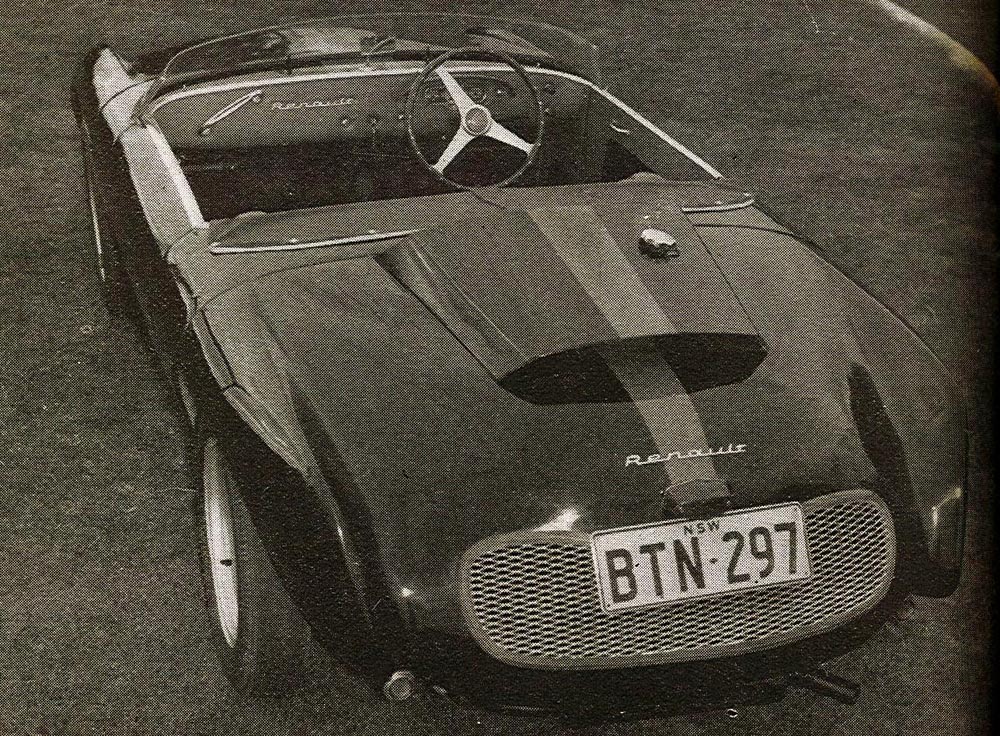 The Following Websites Were Used As Research For This Story:

So a neat little story about another Renault based special, and it’s great to hear that at least one of these survives.  We’ll be trying to get a hold of Tony Moir to see how his restoration efforts are going.  And…thanks again to Ted Godfrey for sharing this Renault-based Special with us today 🙂