Spree?  What in the world is that magazine?

Well…I quickly found out that it was one of many men’s magazines published in the 50s which featured exactly what you would guess – stories of adventure; stories of women, and stories about cars.  And in this issue there was – rumor had it – a story about the Alken.

So…year after year I looked for these issues and finally….(two) years later we can confirm the rumor was true.  I’m dedicated to doing the research gang 🙂

Let’s check out what the research revealed…

For the man on a SPREE, high style is as essential as high performance, and American designers and German engineers have come up with a beautiful little sports car which combines both.  The chassis is a stock Volkswagen and the body is a fiberglass dream from the subconscious of Allan White, president of the Alken Corporation, from which the car derives its impressive-sounding name of Alken D2. 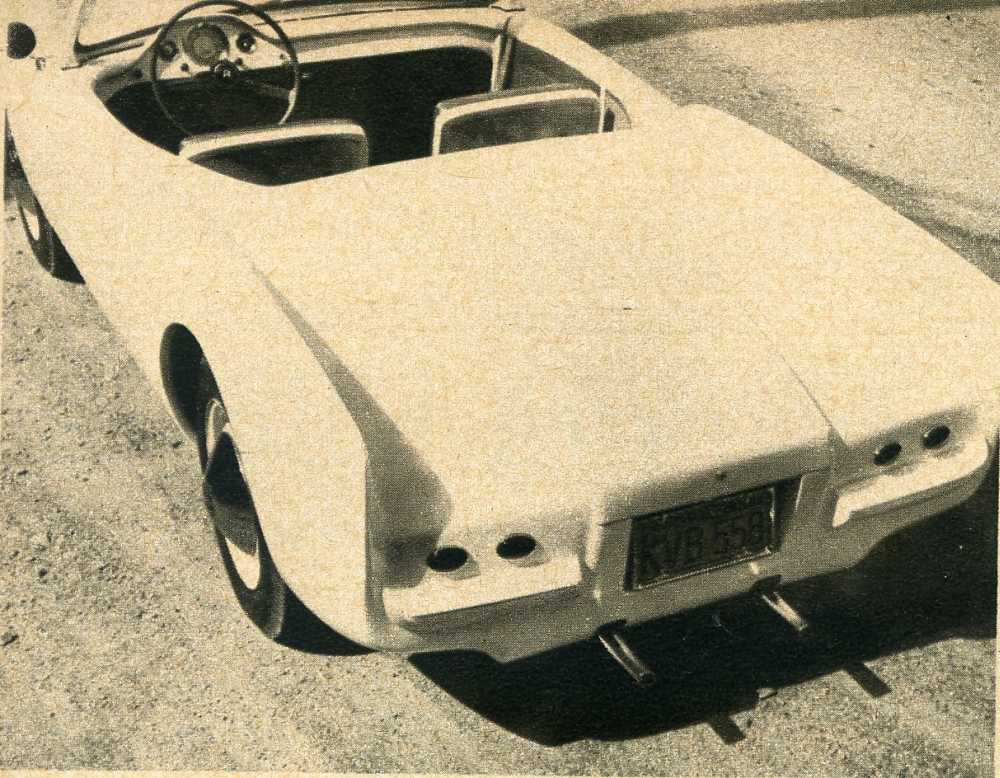 Though the use of fiberglass, 300 pounds has been trimmed from the weight of the ordinary Volkswagen sedan, making for a great improvement in performance and increasing the Volkswagen’s already fabulous fuel economy.

The Alken D2’s streamlined curves are a fitting complement to the most luscious figure, and the cockpit is designed to provide plenty of play room.  For the man who likes to drive in double harness, it’s just the thing.

Volkswagen engineering dependability will get you there  provided the girl is also dependable! 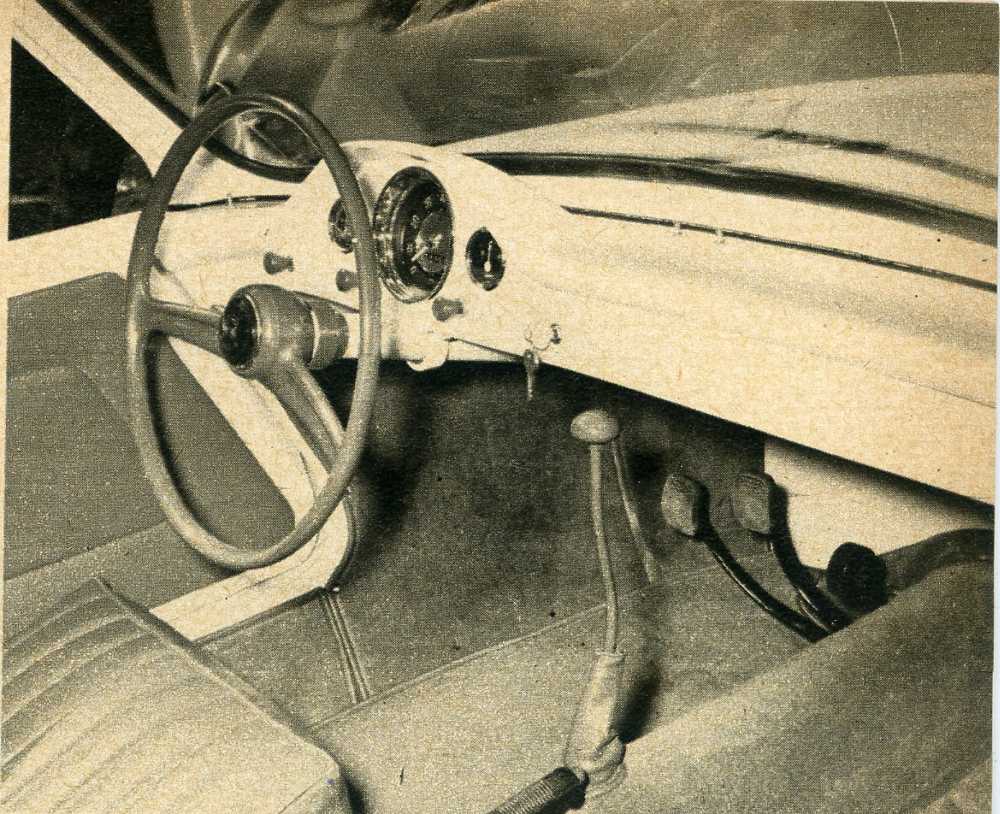 So we can officially add another article to the Alken archive that Jeff Lipnichan, Javier Munoz, and I have been building (we’re the official members of the Alken Owners Group).  This makes 10 articles we know of that the Alken appeared in from 1958 to 1966 – not bad for a cute little sports car!

And what other topics were featured in this unusual magazine – Spree Magazine – to cross my desk?  Only visitors to fiberglass central here in Tampa, Florida will have a chance for the answer to be fully “revealed.” *wink* 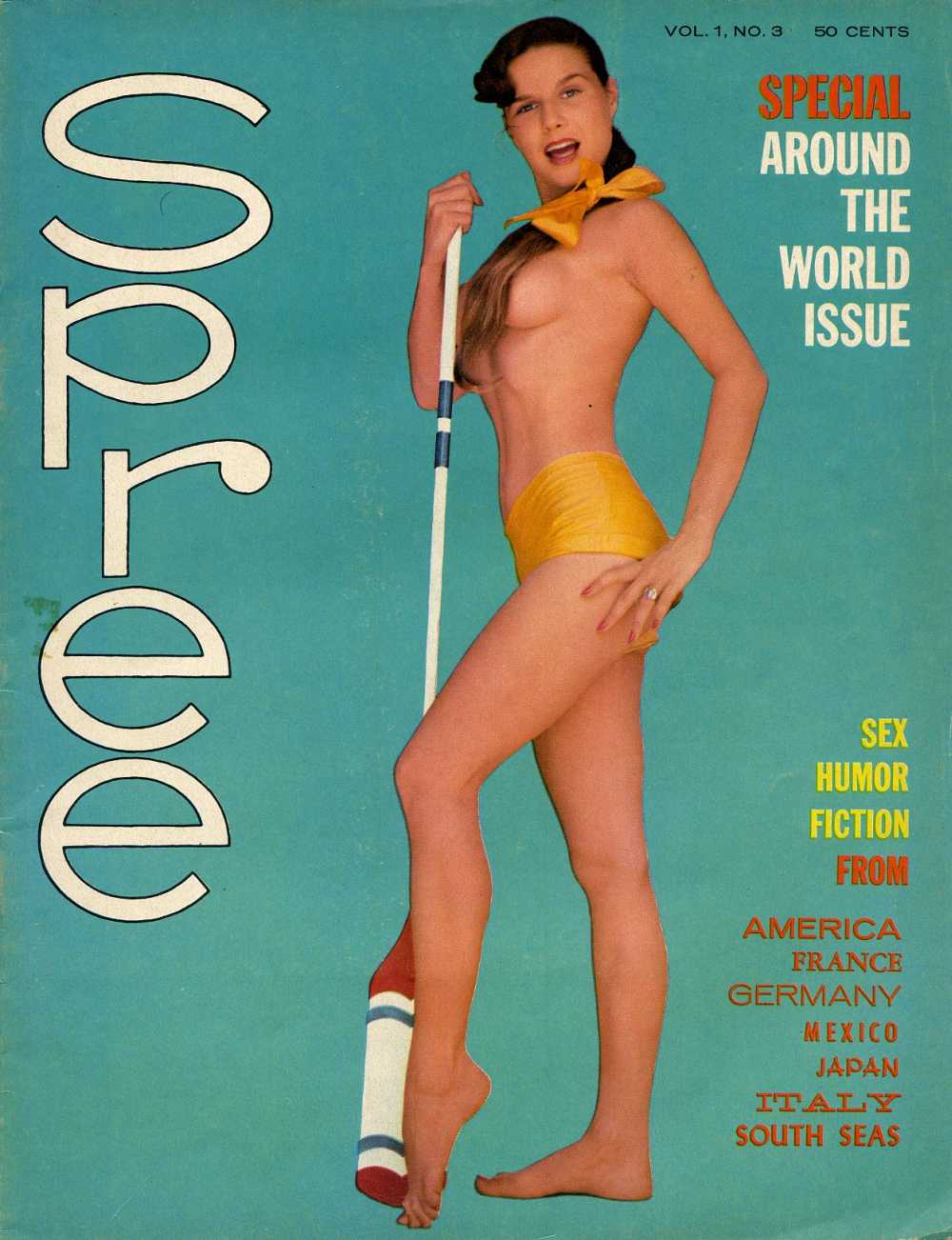 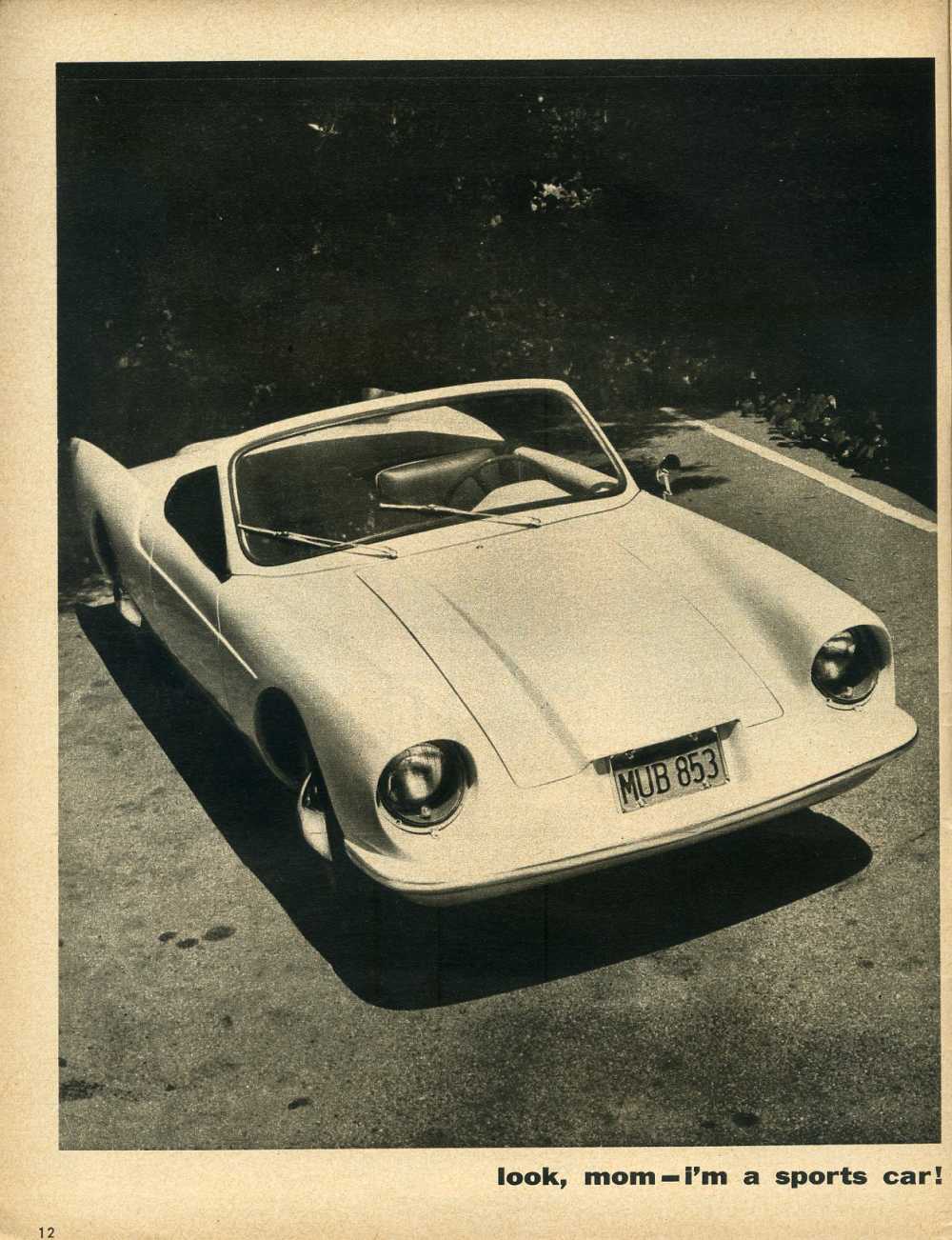 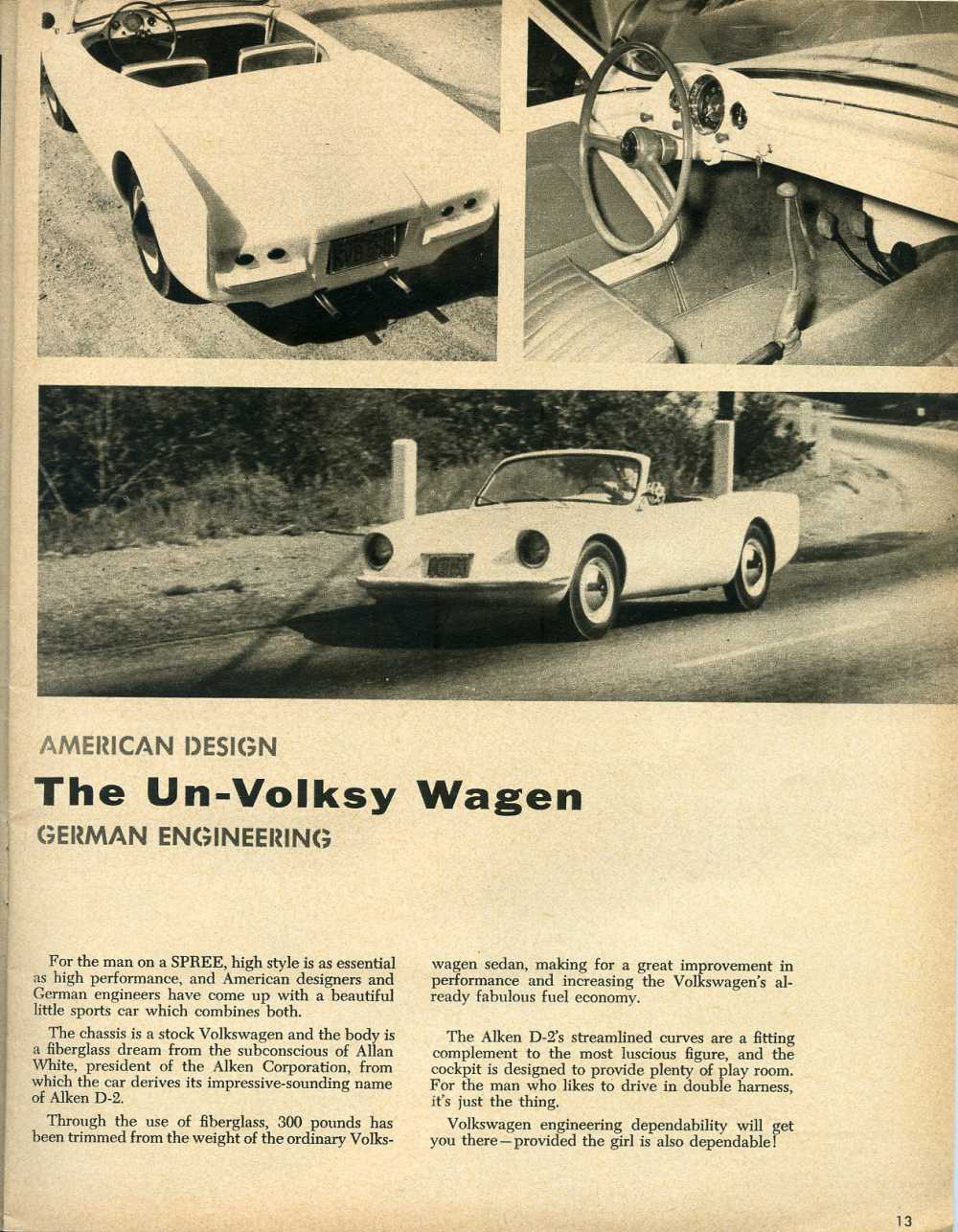