Back in 1952, Sig Monson – already a custom car builder, hands-on automotive man, and automotive dealership owner – was one of the individuals who read about the new fiberglass bodied sports car trend.

But…being that he lived in Minnesota, there were few opportunities to see one of these “wonder cars” built from the “carbon-fiber” of its day – fiberglass.  So Sig did the next best thing he could do in 1952 – he bought himself a fiberglass body can went straight to work.  And what he built was magnificent  – a Chrysler Hemi powered sports car tested at 130 mph and capable – he believed – of doing at least 140 mph. 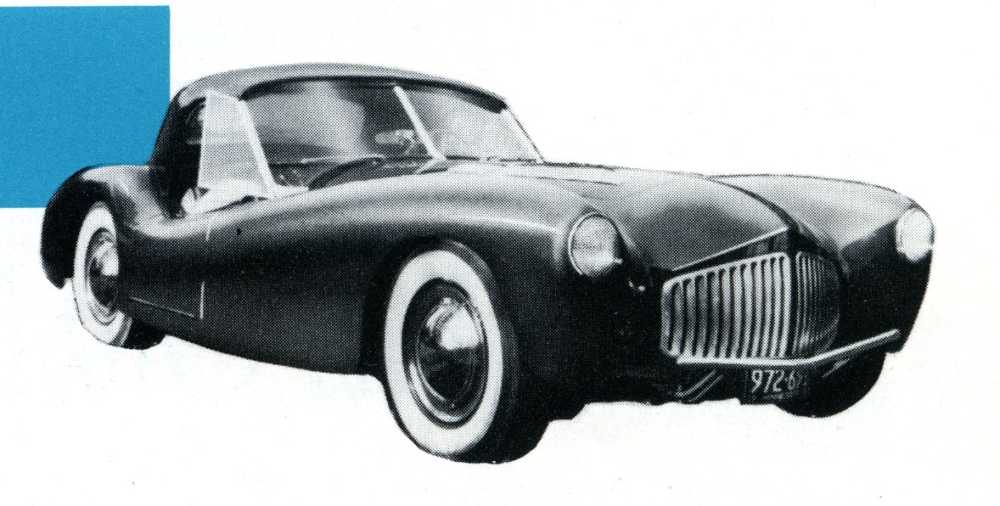 This sleek continental style model was built in his spare time by Sig Monson, who divides his time between the parts and service departments of Monson Service, Inc., Dodge-Plymouth dealer in Duluth, Minnesota. 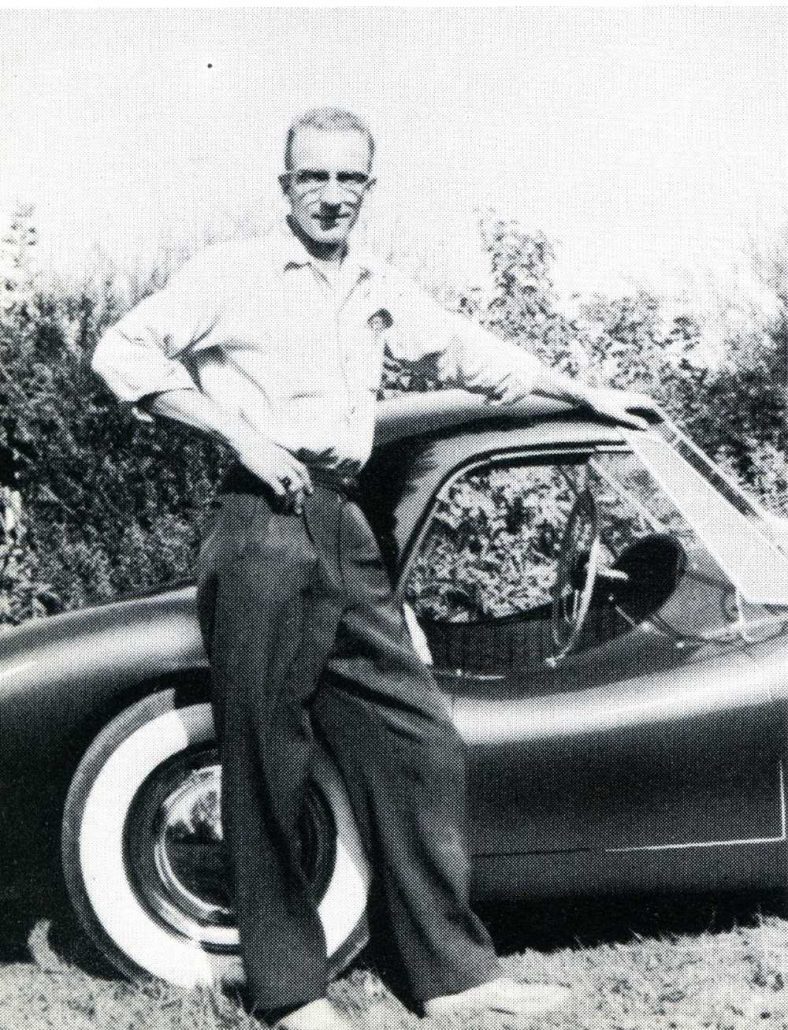 The car is powered by a V8 Chrysler Firepower engine which, with modifications, develops 250 horsepower.  The body is fiberglass, and has 28 coats of bright red lacquer!  The top is black and is trimmed in gold.

Mr. Monson has driven the car 130 mph, and estimates it will do 140mph.  Despite the extreme speed, he doesn’t become nervous, he says, since he’s had years of experience at stock car racing.

Yes that’s right – Sig estimated he spent 2600 hours to build this car.  That’s more than a full year of 40 hour weeks – and that’s already starting with a body built by Glasspar!  So where is this two-time award winning car today?  Stay tuned to Forgotten Fiberglass to learn the rest of the story…