Someday I hope to see this car in person.  It must be the most traveled and owned and shown and celebrated Woodill Wildfire in the last 50 years.  But we have to find it first – and the good news is….we may have done just that

The first time I came across it was in a story about a car built by Ken Mace that was published in the January, 1958 issue of Mechanix Illustrated.  And what a Wildfire it was!  Cadillac powered and built at an estimated cost of $4000 in 1954-1955 – it was nothing less than stunning.

In a trip several years ago to John Bond’s (owner of Road & Track in the 50s and beyond) archive at Kettering University in Flint, Michigan, I found a detailed build sheet that explained – and promoted – the history of this car, who built it, and how it was built.  Here’s the information sheet handed out at the 1955 Petersen Motorama (known at that time as Petersen’s International Motor Review): 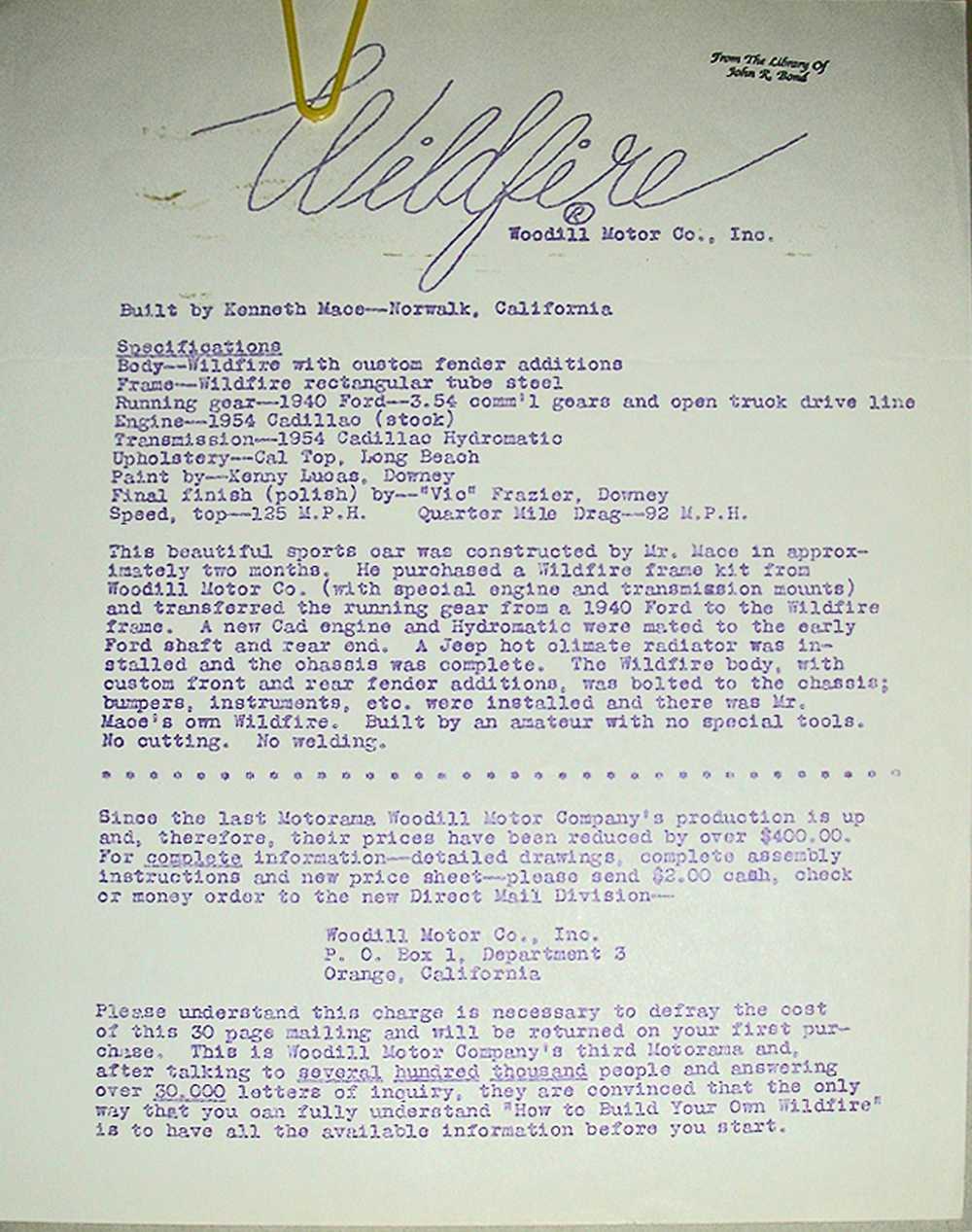 And then the trail of the car went cold.

In the past several years, I started hearing about – and then found photos of – a Wildfire shown in the 60s by Duane Mixter.  And then I came across a magnificent photo of the car in great 1960s colors taken by Andy Southard Jr. at the Oakland Roadster show in 1967.  From our initial research, we believe it may be the Ken Mace Wildfire.  Here’s a photo of that car: 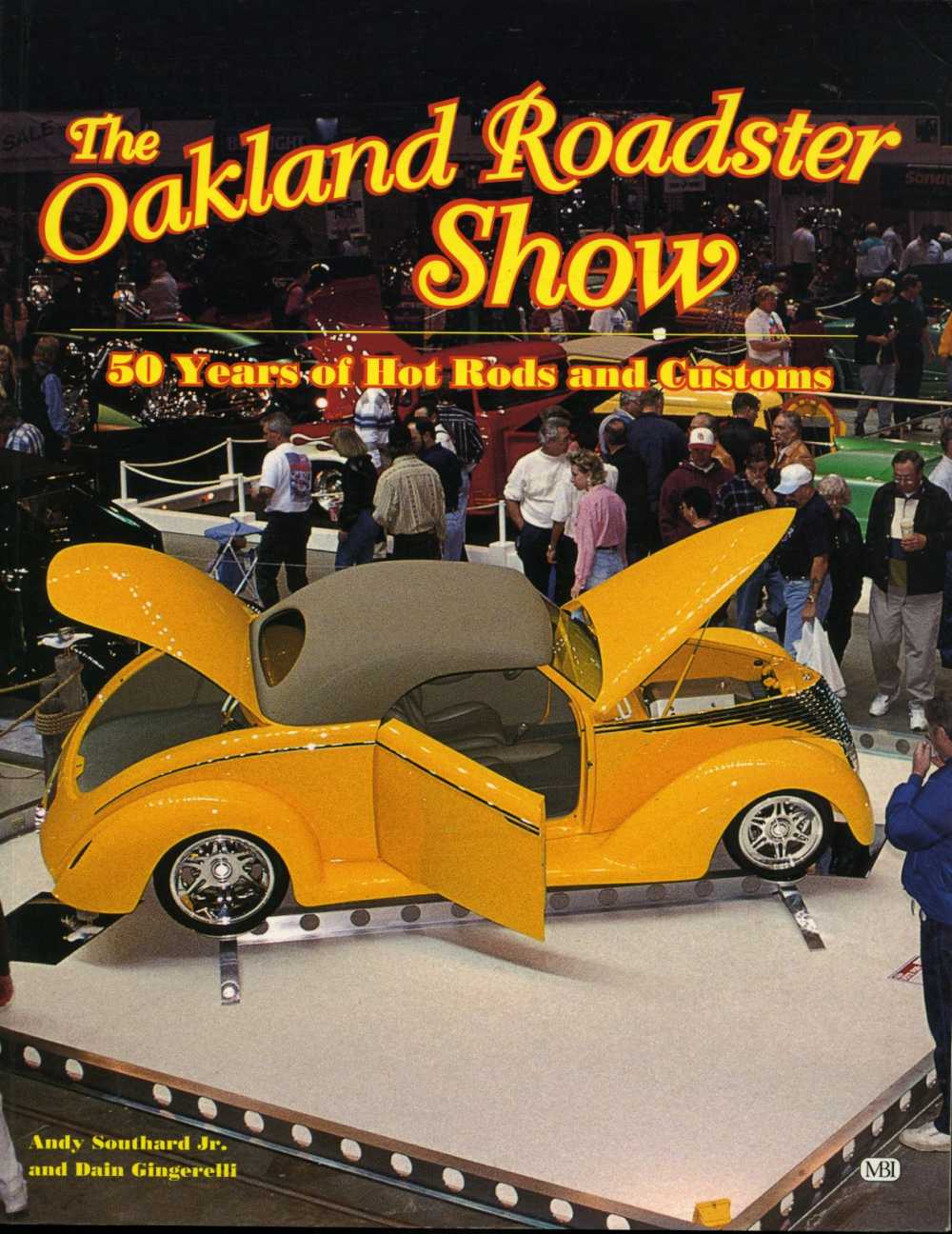 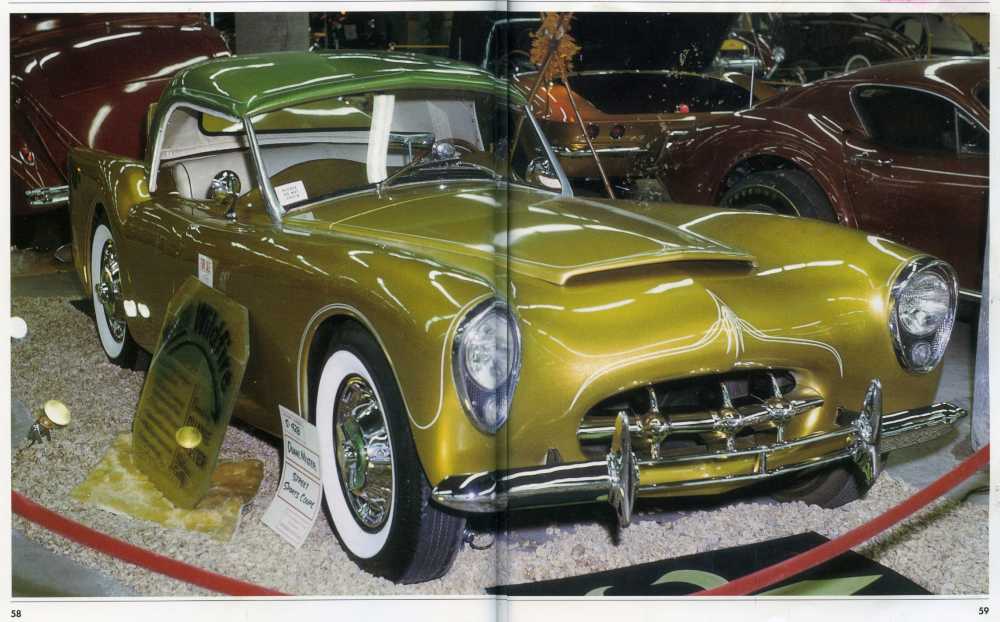 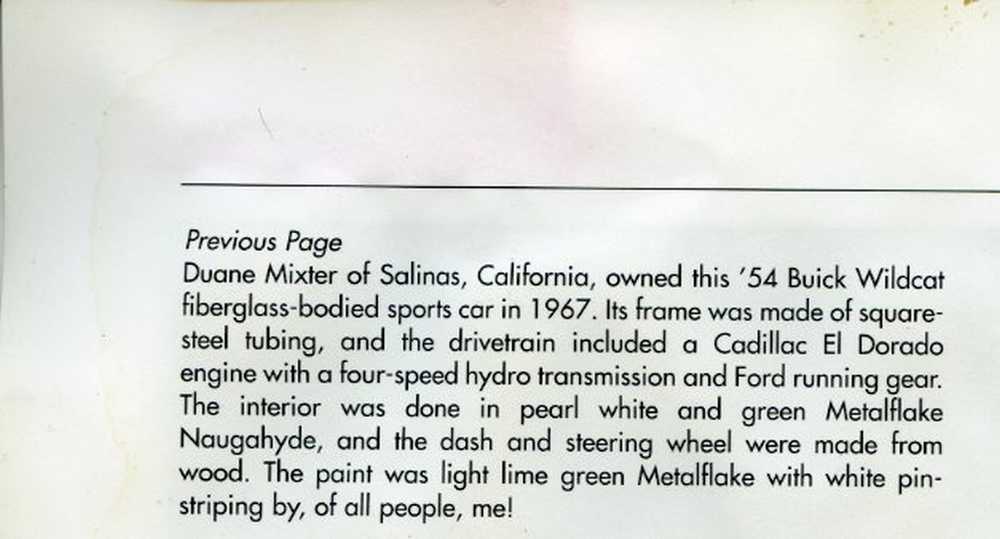 Shortly after finding the photos, I heard from legendary painter Rod Powell, who provided the following photo of the car and an e-mail with some detail: 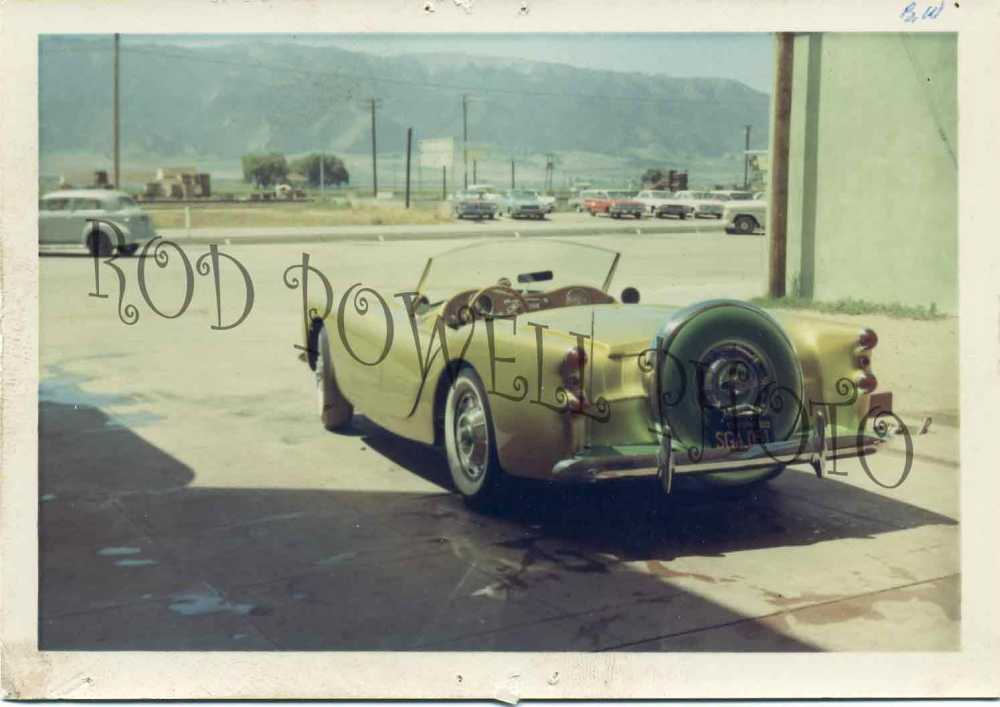 I do have other pictures but I can’t find them right now. My photos are not in order. They are slides and were taken in the same location as the ones I sent you. There are more detail shots and the color in the slides is better. I have been searching for them since I saw the Woodill thread on the H. A. M. B.

Andy Southard is a good friend of mine. He may have more pictures too. He used to photograph everything he striped.

When Duane first brought the car to me it was a Light Baby Blue with a Darker Blue Metallic top. He wanted someone to paint it metalflake. I was more than willing to do it.  He chose the colors (Chartreuse and Green). He even had it reupholstered in Metalflake with fuzzy gold carpet.

I have often wondered what happened to the car. It would be nice to see it restored as the Ken Mace car.

Recently, I found an ad where Duane Mixter was selling the Wildfire in the April, 1971 issue of Hot Rod Magazine from his home in Omaha, Nebraska.  The car looked in perfect shape in 1971 – and was described as such too: 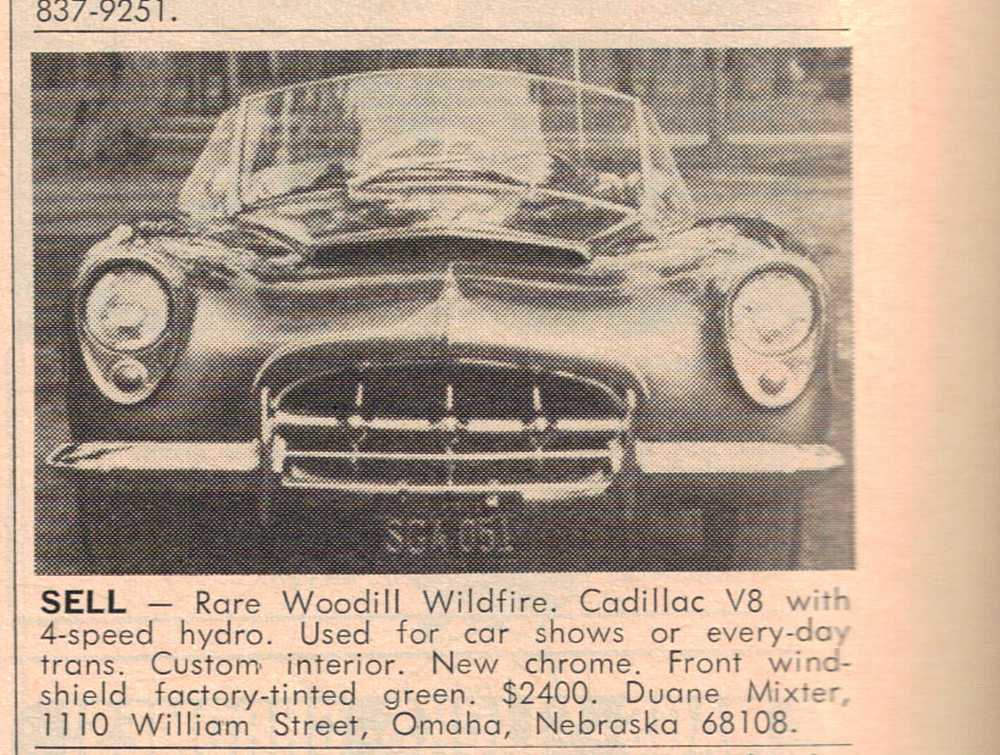 And then the trail of the car went cold.

Back in May, 2012, the following post was made by Don Whitnell on our website concerning the Ken Mace story:

Sorry about the earlier post. I was so excited to identify my car to the past and the information that seem to be available. It was like rescuers find me lost in a desert. I am here! I am here!.

I was stationed in Hawaii in 1972, on a Sub, in overhaul. My chief told me to get a hobby to keep me from going crazy. Not much to do with our work schedule but find a hobby or drink.

He had a Cars & Parts magazine august 72 or 72 with an article written by Dick Langworth for the Mile Stone Era. He informed me that he thought one was in a wrecking yard. We looked at the car and could not tell. but I decided to purchase anyway. After two weeks, a fifth of whisky and 350 dollars later I was a confused owned of some kind of car.

Towed it it home, cleaned it up and found the wildfire nameplate on the frame. I have drug the car around for 40 years and trying for the third time to restore the car.

So…many questions to answer before I go to sleep (metaphorically):

* Or…perhaps the Duane Mixter Wildfire was not the Ken Mace car, and we should be on the lookout for Duane’s car – wherever it may be.  But Duane’s car seems like a dead ringer match in many ways.

We’ll be working with Don Whitnell to help determine if, indeed, he has the Ken Mace Wildfire.  And if so….it will be great news for Don.  If not, well then gang, we’ll need your

help out there to be on the lookout for one famous, wonderfully built, amazingly fast, and historically relevant Woodill Wildfire Sports Car – or perhaps for the Duane Mixter Wildfire too