Photos without captions are like finding Indian arrowheads at the flea market.  Little is known of what, when, why, and where concerning the history.  Surely more would be known and confirmed if we could examine where the arrowhead was found and the context surrounding it.  But….stripped from its last location means it becomes a neat artifact, but devoid of meaning.

That’s what almost happened with this photo – but not today due to the automotive historian heroics of good friend Alden Jewell.

Time after time I have shared with Alden my quests for information.  Each time he delivers – and more.  Recently, I shared with him the plight of this photo of the Yankee Clipper with its missing caption.  The photo is easy to find on the internet and eBay.  Just no caption.  I’ve looked and looked to no avail.

Alden found it in his collection in just a few minutes.

Let’s have a look at what the photo and caption – and what the original 8×10 glossy looks like – here in our story.  Remember…you can click on pictures in every story here at Forgotten Fiberglass and they will enlarge on your screen. 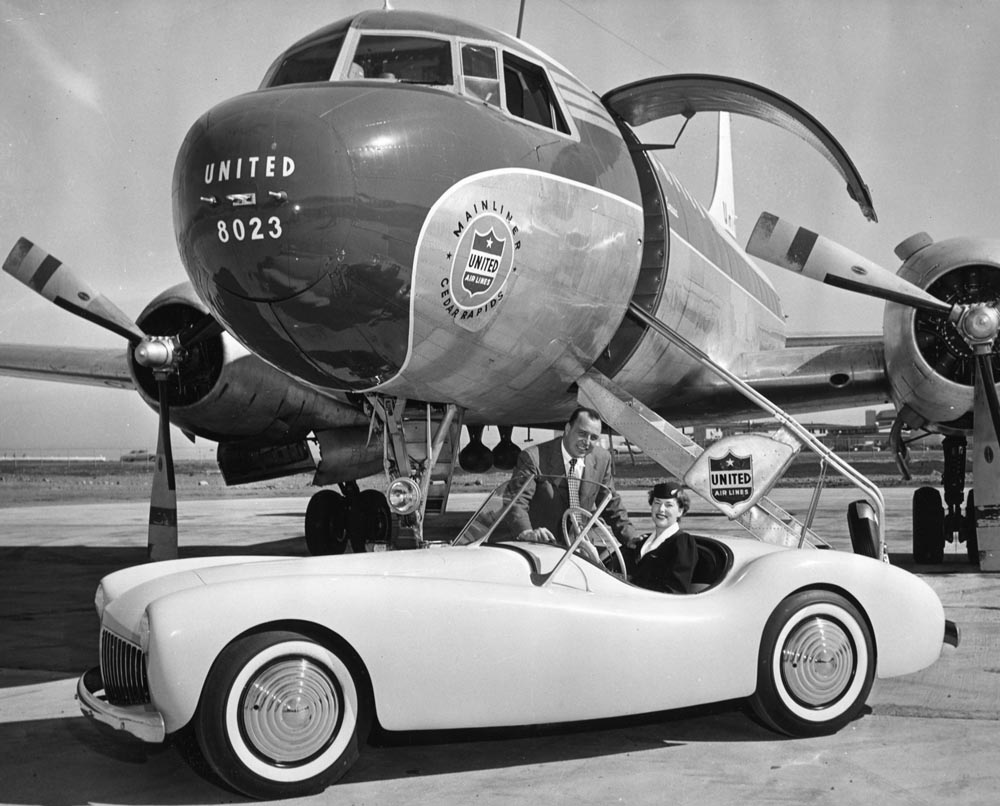 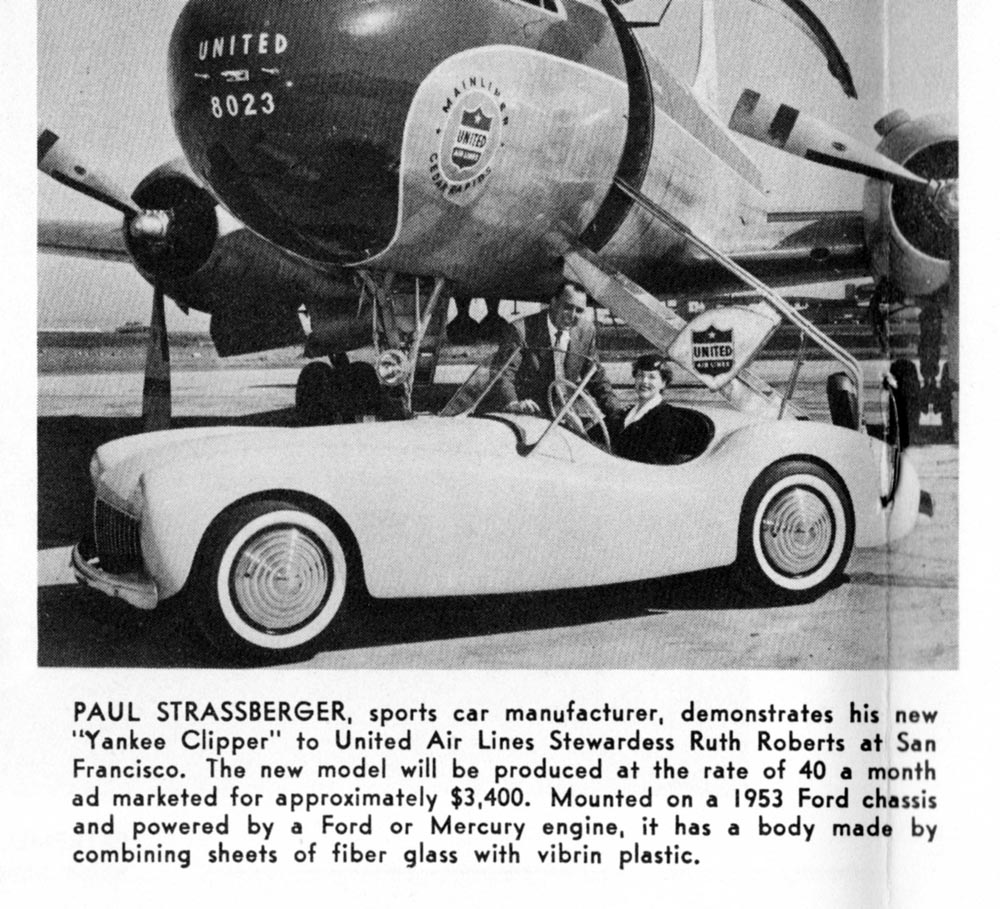 Paul Strassberger, sports car manufacturer, demonstrates his new “Yankee Clipper” to United Airlines Stewardess Ruth Roberts at San Francisco.  The new model will be produced at the rate of 40 a month and marketed for approximately $3,400.  Mounted on a 1953 Ford chassis and powered by a Ford or Mercury engine, it has a body made by combining sheets of fiberglass with vibrin plastic.

So now we know that the proprietor of the Yankee Clipper – Paul Strassberger – was the gentleman in the photo.  Also shown is a San Francisco based United Airlines Stewardess Ruth Roberts.  Very neat to know the background of this photo.  Looks like this is more of a publicity photo for the Yankee Clipper and less of one for United Airlines.  As always, more research may reveal additional detail.