Having got home not too long ago from the last adventure (trip to Michigan to pull back a car in November), I felt 5 car-related trips in 2009 was probably enough. Maybe too good. There’s lots to catch up on and the more I dig into the research at home for our book, the more there is to do (I did manage to get the website launched, though, back in November). Well….Dennis Kazerowski had different plans for me – a few days before December 31st 2009 to boot!

I first met Dennis when our paths crossed on a Fiberfab Centurion found in Arizona. It had been on ebay, and I was working with Wes Abendroth and the owner of the car to find a good home for it. That’s when Dennis appeared. The car had been his back in the 1970’s and he had been looking for it for about 30 years – and now found it. It couldn’t go to a better home, and Wes, Dennis, and I were super excited that it could be reunited with it’s original owner. You can’t find a better “car barn” story than that! 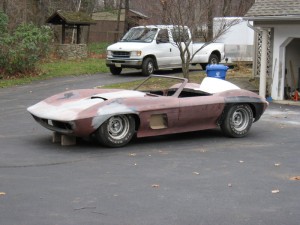 Dennis and I kept in touch and he’s always been a ball to talk too. He’s the consumate car guy and has had 30+ cars in the last 30+ years. Many of them built from scratch and modiified to look even better – some to become the prototype car for it’s class of cars built in the same fashion. If you haven’t checked out his intro in our fiberglass forums, be sure to visit and review. Here’s a link to make it easier:

So…a few months back, Javier Munoz (Alken enthusiast and another good friend) posts some info on a CRV for sale via Craigslist out in California.  It’s a pretty little car and thanks to Javier’s efforts, Dennis K was able to get the car.  But…it’s a plastic car.  Not a fiberglass car.

See…not all plastic cars are fiberglass cars.  Or…what I mean is that fiberglass cars ARE NOT plastic cars.  And there were several plastic cars made.  The original CRV from Marbon Chemical was plastic – or something they called “Cycolac”.   This included their original coupe version and the initial roadster/sportscar versions that were “open” too.  A car they later made called the “Formacar” was plastic.  Harold Pace, vintage fiberglass car historian also relayed to me that the first Glen Prey bodies were also a form of plastic and not fiberglass.  I also believe that a car that Pat Amendolia made (part of our group) called the TDX was plastic as well.   Very interesting – and very brittle after nearly 50 years (yes….these cars are so futuristic looking – and about 50 years old too!).

Dennis wanted to make some changes to the car he bought, but began to realize that the plastic bodied car he bought was historically important.  There are only 2 plastic bodied open CRV’s that have been found.  And…some of the coupes are plastic too, but the rest are fiberglass.  With the help of Nick Whitlow, CRV historian extraordinaire, Dennis learned more than he expected and made a decision to not modify the car he had.  But look for one of the fiberglass versions – the last version – of the CRV known as the Seagull.  This was fiberglass, not as desirable a body in terms of styling changes made from the original CRV, and it could be modified – and improved – from its original design.  Dennis contacted me, and voila…we did a swap.  My Seagull fiberglass body for his plastic Marbon CRV body. 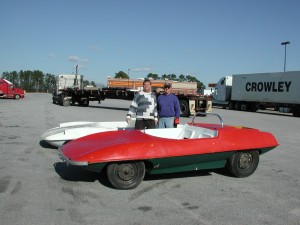 So off we go to meet half-way between New Jersey and Florida.  Dillon South Carolina.  I pressed Rick D’Louhy into action to help drive (lots of begging and promises of food – good food!), and off we went.  Met at the health food truck stop “Loves” and started taking pictures to show the differences in the cars.  Some of these pictures are below, along with copies of the CRV ads and a Seagull brochure.

Thanks to Nick Whitlow for his constant help and fantastic website on the CRV and related cars.  If you haven’t been there before, be sure to check it out at:

Also, thanks to Dennis Kazmerowski for recognizing the historic importance of some of these cars – especially with respect to their original design.  I hope to be able to honor Dennis’s intentions and restore this car exactly as it was intended to be seen when the CRV was new (see the CRV ad below for guidance).

Hope you enjoy the pictures and thanks Dennis…for one last adventure in 2009. 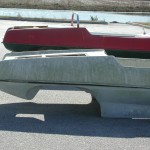 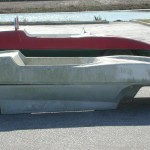 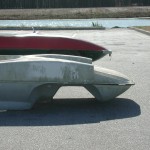 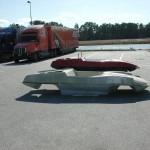 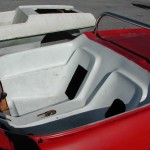 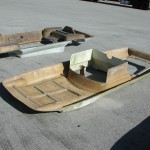 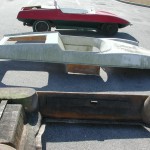 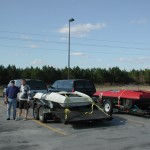 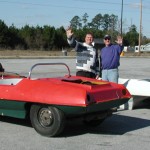 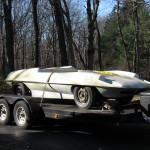 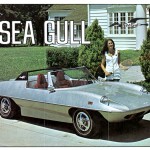 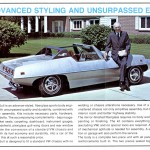 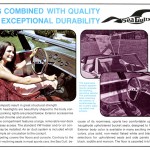 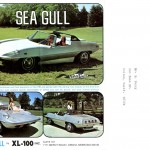 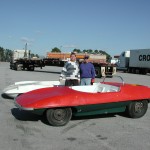 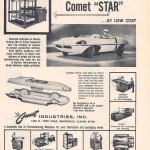 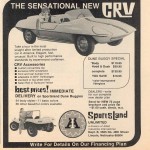 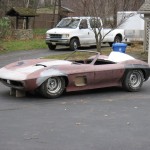 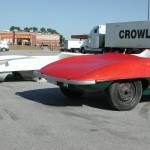