Undiscovered Classic cars are finding themselves across the world.  Today’s story herald’s from the UK, but it started out in the 50s on a lost American road.  And perhaps “you” may find the pieces to solve this puzzle.  Onward we go.

Back in 1998, Paul Giannuzzi’s friend Pete Gregory bought a 1959 Devin.  The sports car had a number of interesting features and looks like it may have been a well-performing car at one time.  Perhaps even a race car.  Pete had bought the car from a company called “Driving Ambition” in Portland, Oregon.  Let’s take a look at some of the photos of when Pete first got the Devin. 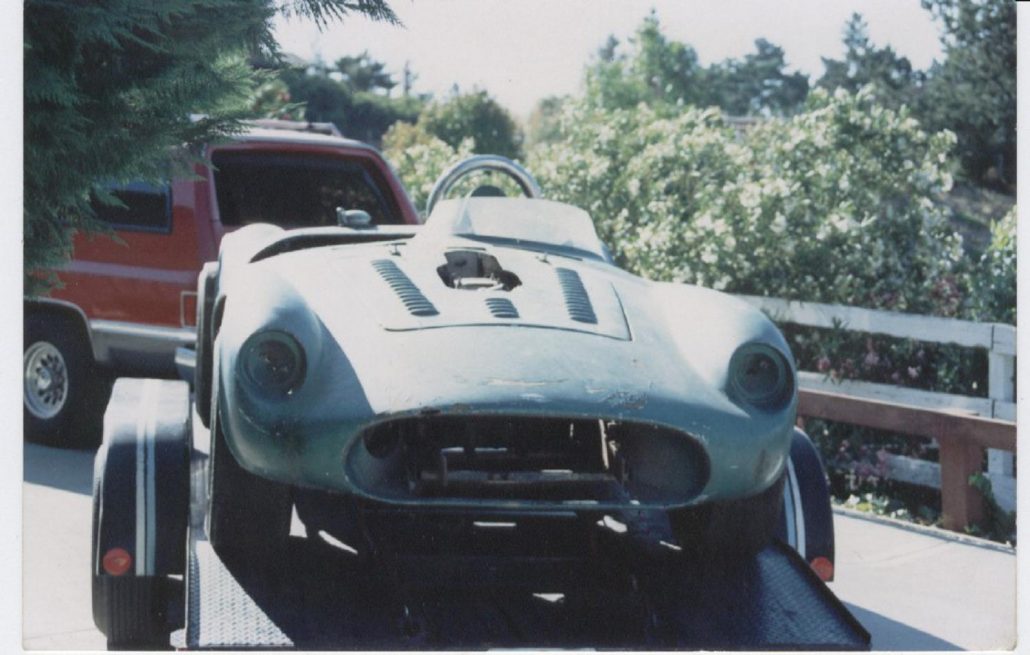 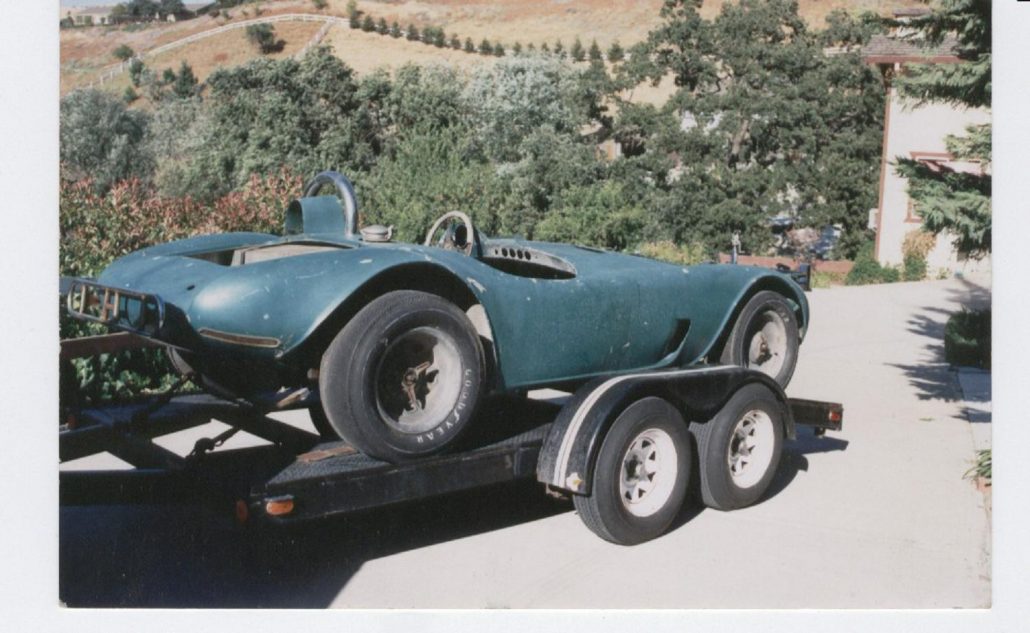 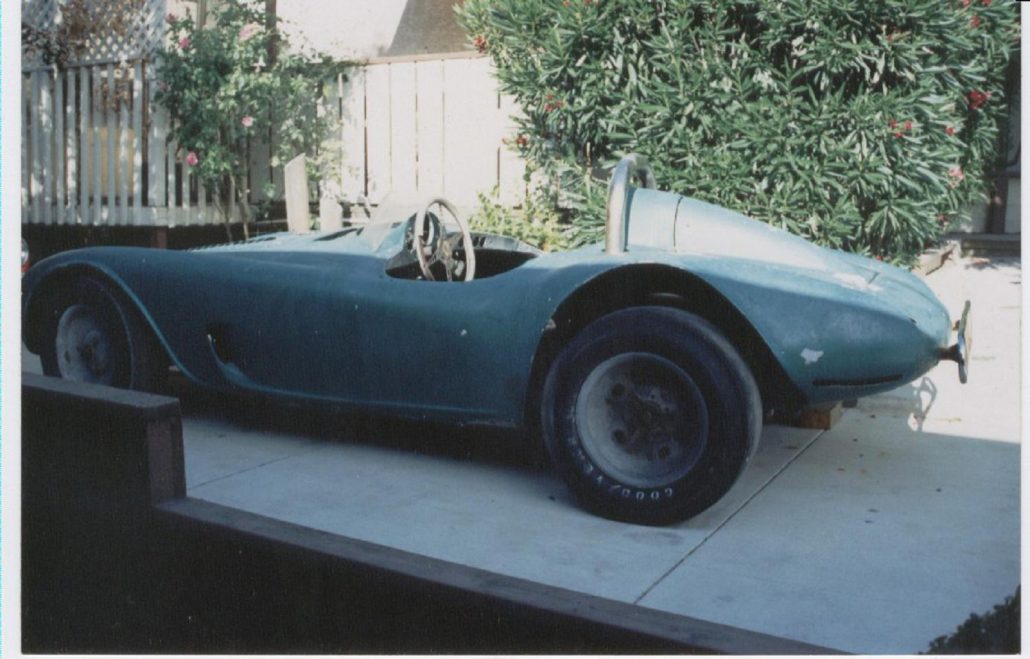 The car had some documentation with it, but the documentation started later in the car’s life – 1969.   A gentleman by the name of Ralph Lester of LaGrange, Illinois had bought the car in 1969.  It’s not known whether he raced the car or acquired the car and just stored it after purchase.  In the early 1970s a change of ownership went from Lester to Robert Ayers of Michigan and then to Roswell Daggett of Georgia.

Roswell moved to California and sold the car approximately 20 years later to James Ashworth where in 1996 the car was acquired by the company that sold it to Pete – Driving Ambition.  Pete shipped the car to his home in the UK and then later – Paul Giannuzzi – bought it from Pete’s family.

While Roswell Daggett owned the Devin, he documented the following:

“I had purchased the Devin in Niles, Michigan from Robert Ayers.  He had purchased a farm in 1971 and the car was in a barn on the property.  The owner had moved to the Far East and gave Robert the title prior to my buying the car.  The car had a Chrysler engine and a standard transmission.  I was told the car had been road raced from the middle of 1960 thru around 1966.”

Whew!  That’s a lot of history in a small space, but it’s always good to document a chain of custody for our cars and Paul has done a superb job at doing this for the Devin he is restoring.

So far Paul has separated the body from the chassis and is busy with plans for chassis restoration in the short term.  Let’s check out some photos of where it stands now. 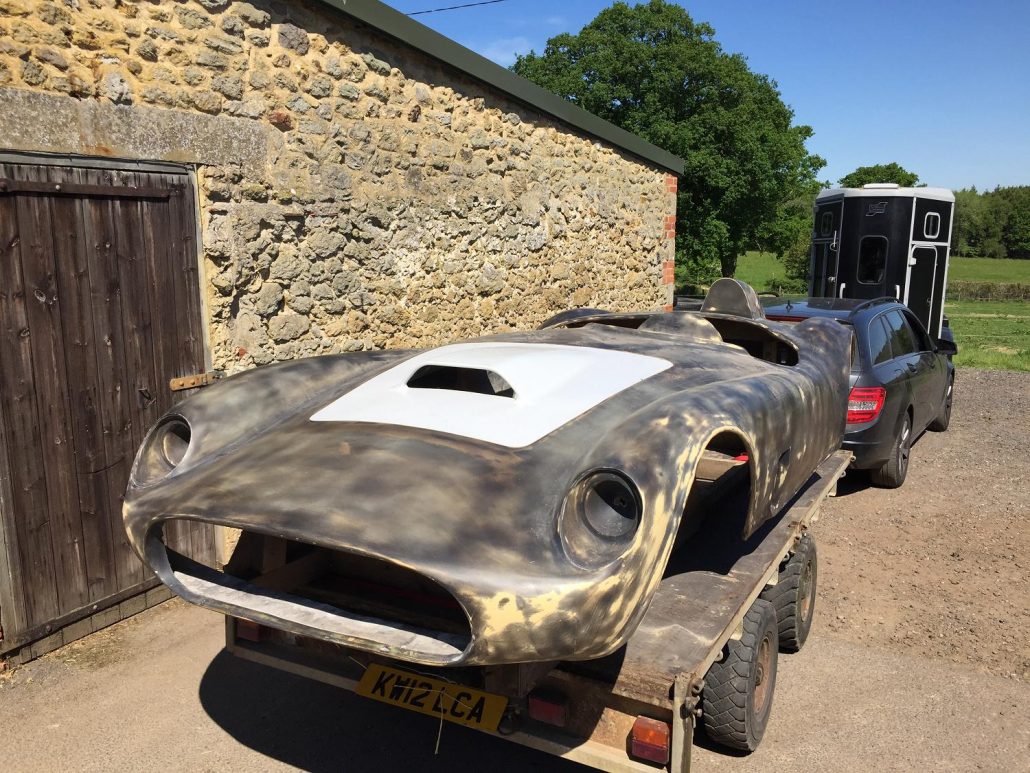 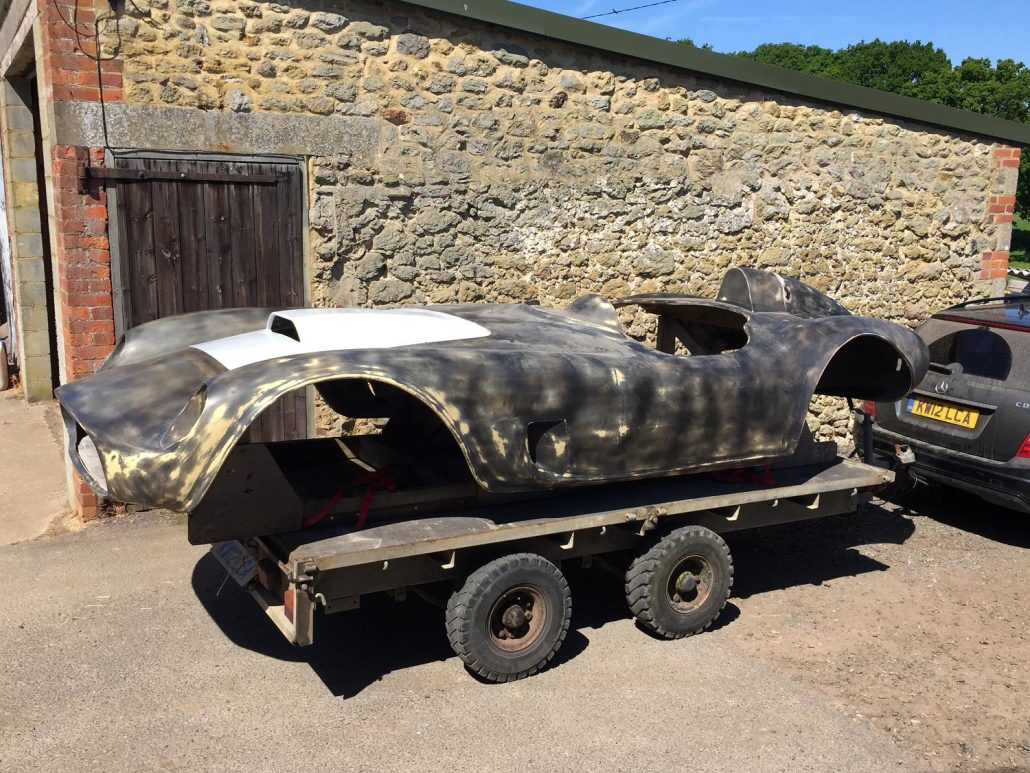 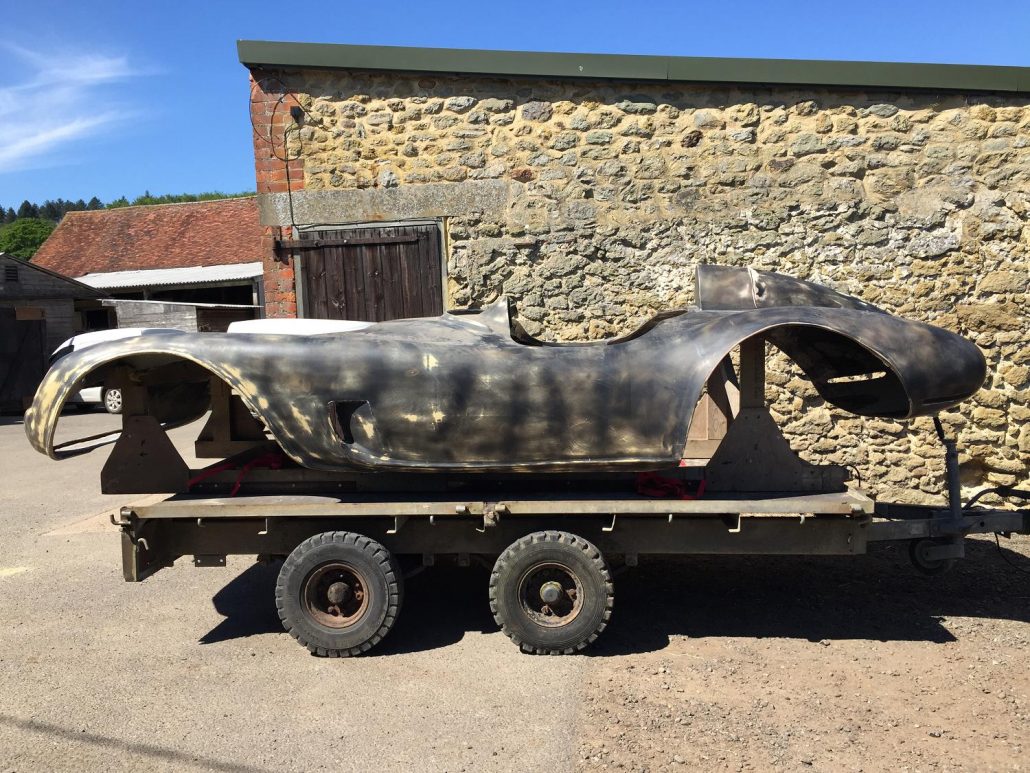 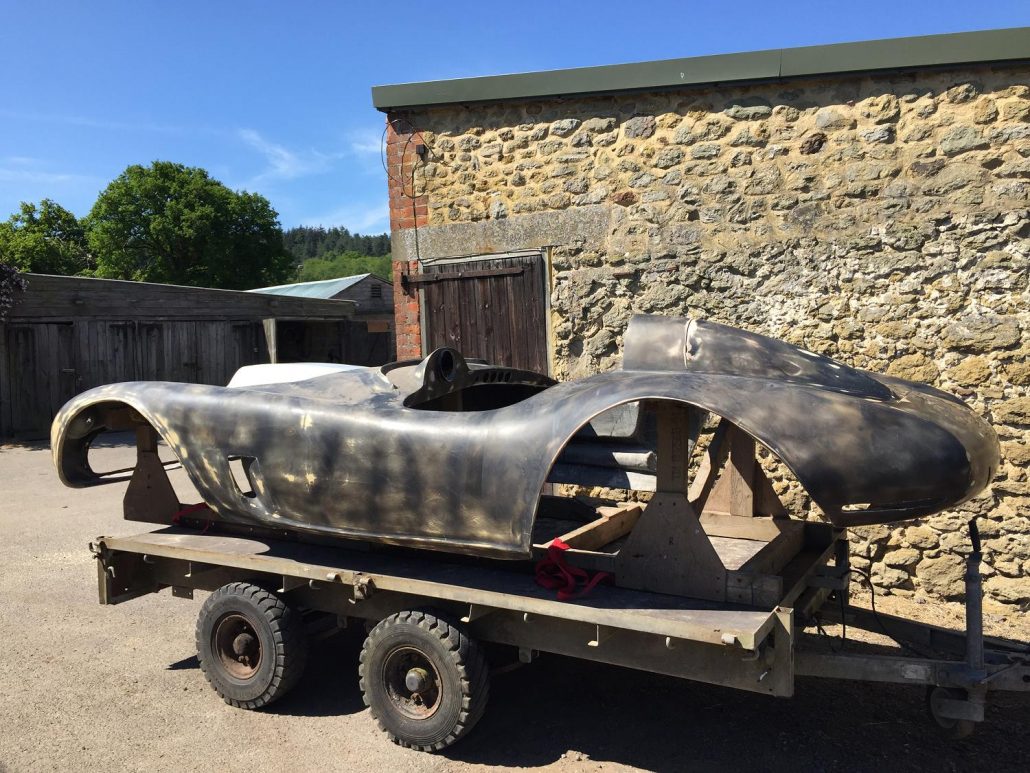 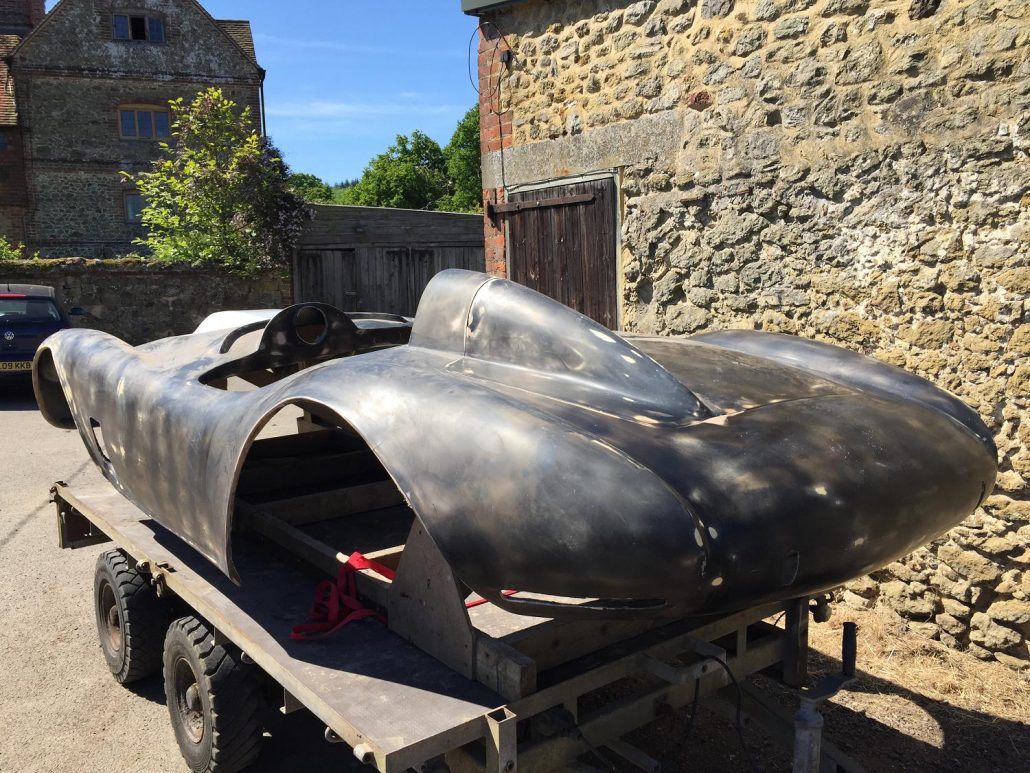 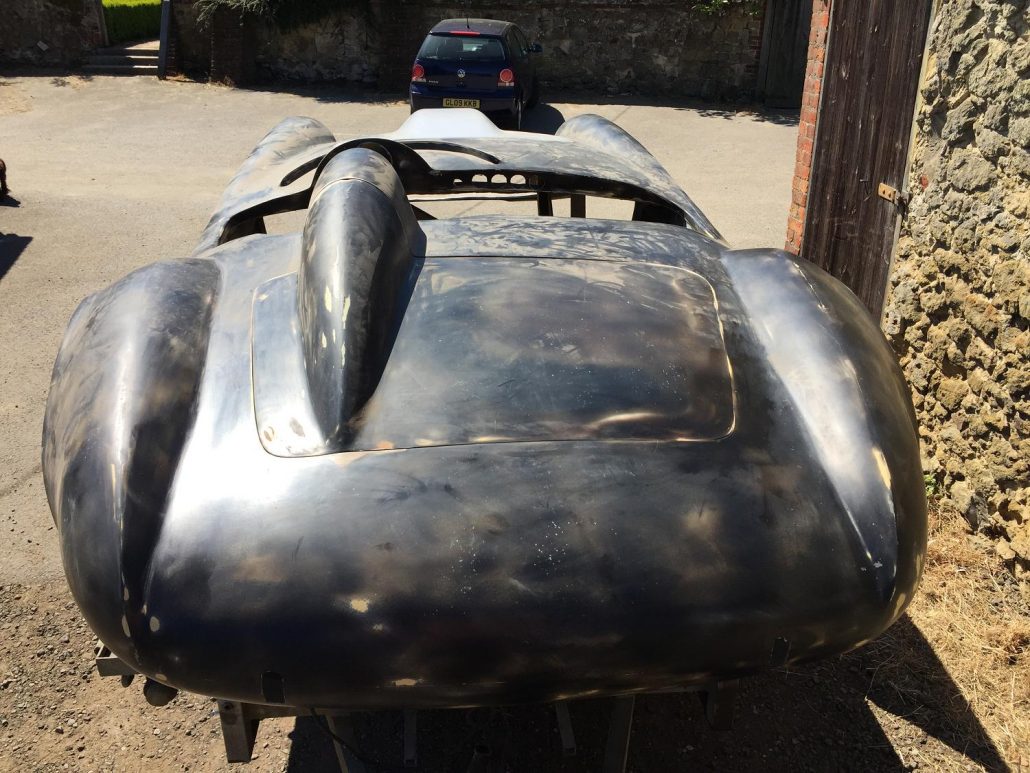 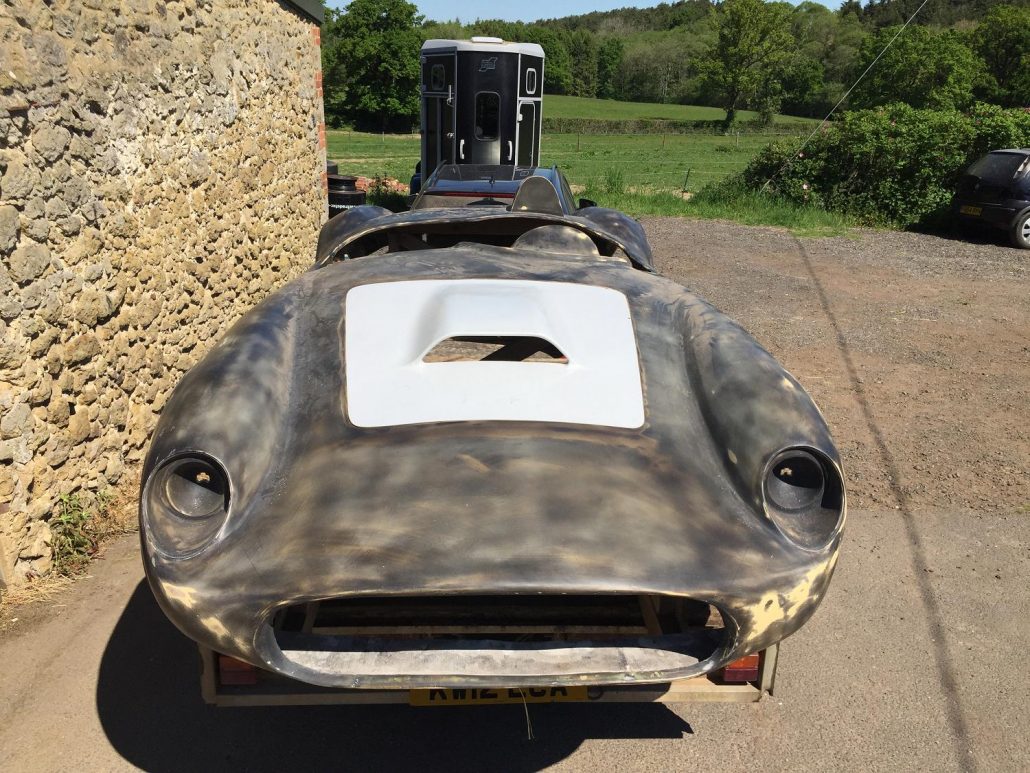 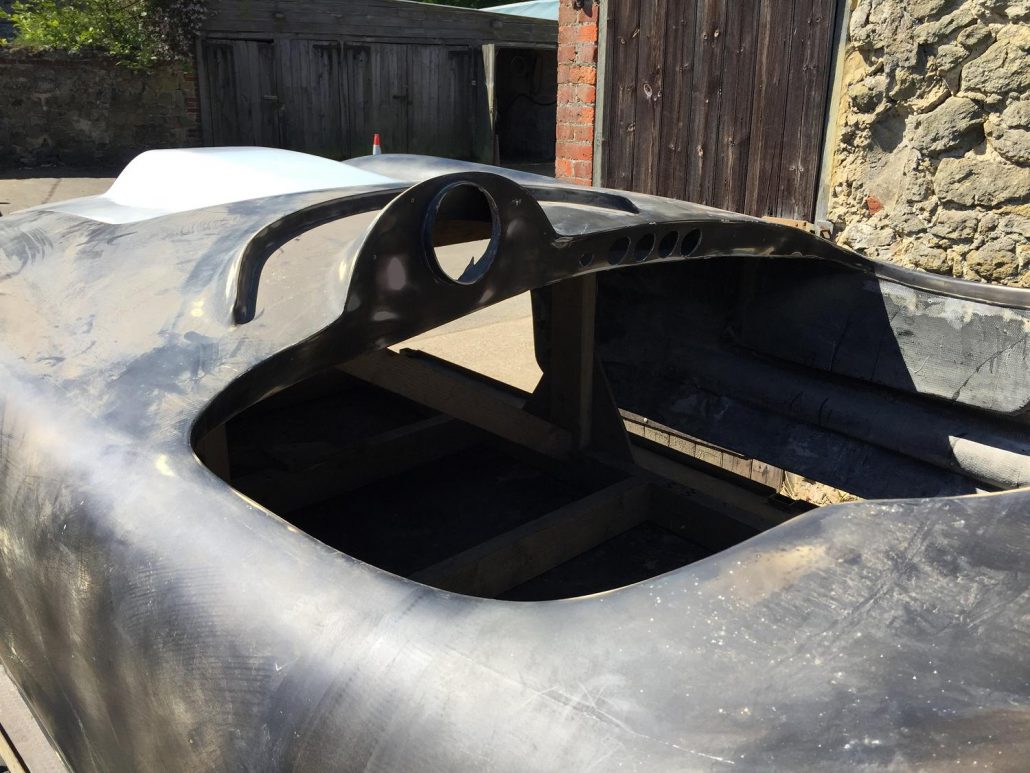 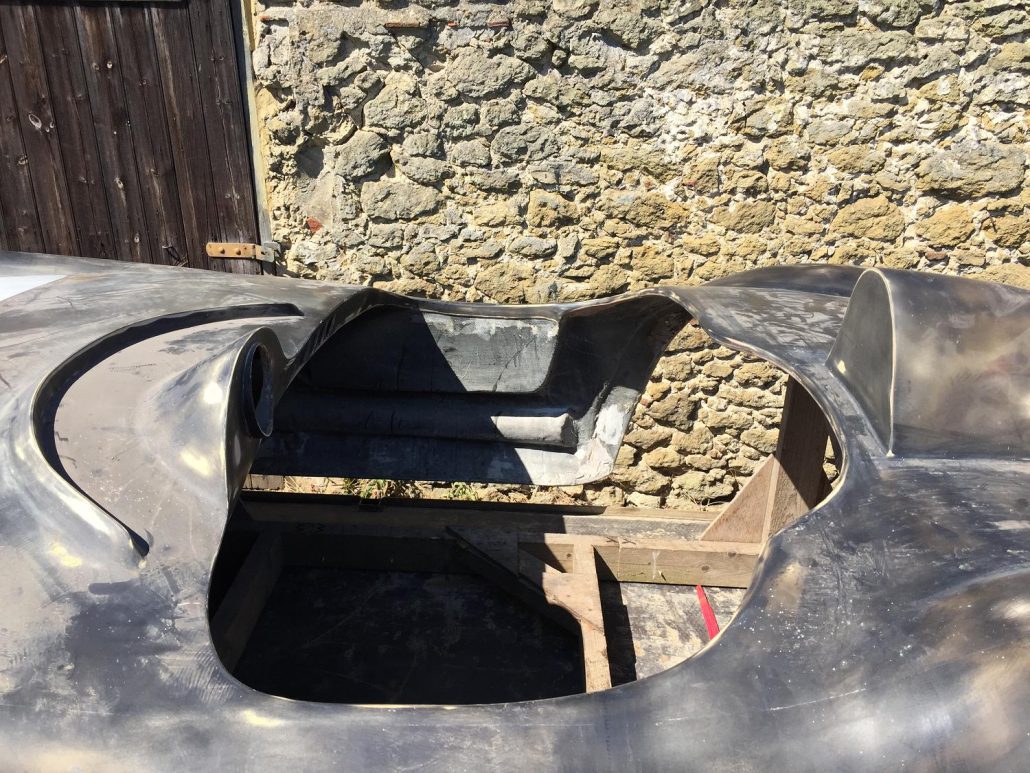 Unique Aspects of this Car

We don’t have much to go on here but there are some pieces unique to this car.  There’s no “Devin Dashboard” in place.  That is, the double-hump racing style dashboard that we see on most Devins.  Instead the dashboard and windscreen are unique.  This means that if we can match what we see in the photos with vintage photos of Devins assuming the dashboard on this car is original (and we find a vintage match) we might come up with the missing history.

Next, the place to start looking for history is where the car was found – Illinois.  I’ve always said in researching a car:

My greatest research successes have come from following this philosophy – time and time again.  Perhaps it was built and / or raced in the midwest.  This is where I would start to look for any history on this car.

Great thanks again to Paul Giannuzzi for sending in today’s photos and story.  Hopefully the information shared here today will help Paul find the full history of his car – perhaps with the help of one of our Undiscovered Classics aficionados out there.  Go get ’em gang!