Research is where it’s at.  The more you learn, the less you know (or at least that’s how I feel sometimes as I push forward in the early years of plastic and fiberglass). 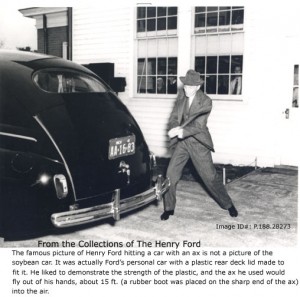 In doing our research, Rick D’Louhy and I have been keenly aware of Ford’s innovation and promotion of the first plastic automobile.  I’ve been organizing my literature and recently came across an article in the March 1941 issue of Popular Science that discussed Ford’s progress and intentions of building such a car.  I always thought that the picture showing Henry Ford swinging an axe and hitting the trunk of a car was the plastic car.  I was wrong (and apparently many other people are too!).

That’s the test car he used to test the trunk in plastic – only.  The car that was made of plastic was completely different!  And I thought I knew something about the early years of plastic cars.  Oh well. 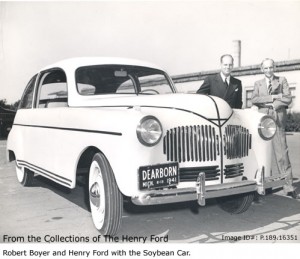 The full story on the plastic car and its development is found on a website maintained by “Benson Ford Research Center”.  It’s a short read, but is interesting to any of us who enjoy the history of fiberglass / plastic cars the way we do.  Here’s the website to review the details on the first plastic car ever built:  The First Plastic Car:  Built in 1941 by Henry Ford.

In the near future, Rick and I will be adding a story from the 1941 March Popular Science article about Ford’s plastic research in the late 1930’s and early 1940’s.  Be sure to be on the lookout for that story – it’s a great read if you love the history of fiberglass.

So….as a professor down here in Tampa, Florida…this was the lesson for the day – the world’s first plastic car.  Hope you enjoy the articles and thanks so much to the Bensen Ford Research Center for sharing the information with us about this car. 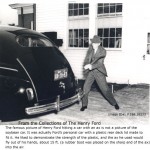 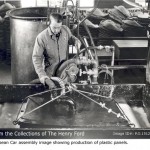 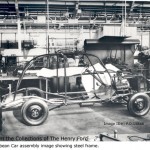 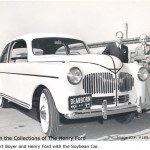 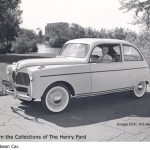 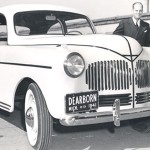