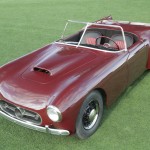 Rick D’Louhy’s 1955 California Sports Special is finished and on the road.  We’ve talked about this car before – most notably when it debuted at the March 2010 Amelia Island Concours d’Elegance.  Here’s a link to that story for those of you wishing to review:

Daniel Strohl of Hemmings Magazine was also kind enough to cover the challenges of our restoration and included some video I sent him of my friend Tim Masters and me driving the car on the street for the first time.  Very fun!  Here’s the link:

Maiden Voyages of the California Special

And now that it’s complete and on display at the Sarasota Classic Car Museum in Sarasota Florida, I thought it might be fun to review the basics of the car and what we’ve learned during its restoration.

What We’ve Learned So Far:

The name “California Sports Special” seems appropriate because of its apparent Southern California heritage.  Originally, James Giles and I thought it might be an “Allied” or “Atlas” built by Bill Burke and Mickey Thompson.  However, this turned out to not be the case for two reasons: 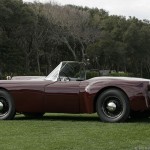 The California Sports Special Has a European Flair When Viewed From the Front Or Side.

* I met with Bill Burke and showed him the car in 2008.  He confirmed it was not a car designed or made by him in the 1950’s.  Nor had Bill ever seen this body style – as far as he could recall.

* All panels of the body were made from a material called “woven roving”.  This makes the body extremely rigid and strong and is much more indicative of an approach a boat manufacturer would use to building bodies.  As far as Rick D’Louhy and I know, the “California Sports Special” bodies are the only ones made entirely from woven roving in the 1950’s – and perhaps ever.

Two Cars and a Body – Are There More?

Besides the California Sports Special, we’ve found one other vintage sports car with this body, and a third “body only” which was never mounted on a chassis.  Both of the completed cars appear to have been built in the mid-1950’s by the same individuals or company – based on the similarity in chassis and body construction. 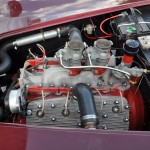 The Souped-Up Mercury Flathead Has A Great Roar To It – I Love the Sound of Flatheads!

Interestingly… both sports cars have signs of racing history in their paint, bodies, and chassis design.  Focusing on the California Sports Special, we’ve found the following: 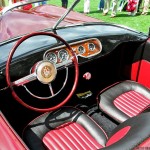 The Interior Has Been Restored as Close to the Original Look and Feel of the Car as Possible. 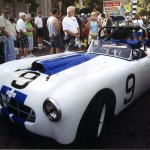 Bob Duell’s Special Attracts Great Attention At Every Vintage Race Where It Appears.

Bob Duell owns the racing twin of the California Sports Special.  He vintage races this car in the Northeast, and recently an article appeared about Bob and his vintage racer in a French Canadian newspaper.  Bob was kind enough to send me a copy of the article and it appears in the gallery of pictures below.  However…..I do not speak French.  Oh well….

Bob is having a blast with his car on the vintage racing circuit.  And in a strange quirk of fate, he recently shared with me that his cousin had built a 94” wheelbase Allied roadster back in the day.  I just got some images of this car, and I believe it has survived.  Bob…if you’re reading this, give me a call.  I have some great news to share with you  🙂

Rick’s car continues to get attention – all over the Internet.  Most recently it has appeared on the following three websites:

So….if you’re coming south this Winter, come on down to the Sarasota Classic Car Museum in Southwest Florida and you’ll be in for a special treat.  Not only will the California Sports Special be on display, but the museum has a wonderful mix of vintage race cars, sports cars, and other collector cars,  including  two cars owned by members of the 1960’s Beatles band too!  Definitely worth a visit.

And if you are coming down, be sure to give Rick or me a call.  We’ll be sure to do our best to meet you at the museum and say “hello”. 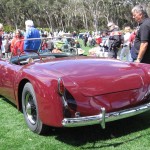 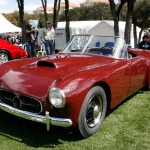 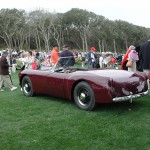 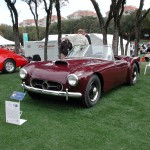 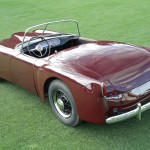 The California Special Has a European Flair When Viewed From the Front Or Side.

The Interior Has Been Restored as Close to the Original Look and Feel of the Car as Possible.

Bob Duell’s Special Attracts Great Attention At Every Vintage Race Where It Appears. 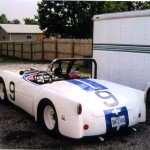 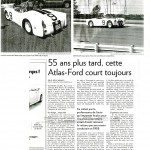 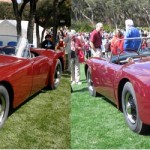 The Souped-Up Mercury Flathead Has A Great Roar To It – I Love the Sound of Flatheads!