Ladies and gentleman….allow me to introduce you to the Kurtis Sports Car (KSC).

Time and time again, I’ve seen all of these points mentioned in articles from the ‘40s and early ’50s, and the legacy of the Kurtis Sports Car – America’s first postwar production sports car – continues to grow.  Let’s explore the KSC a bit more today by looking at two early articles. 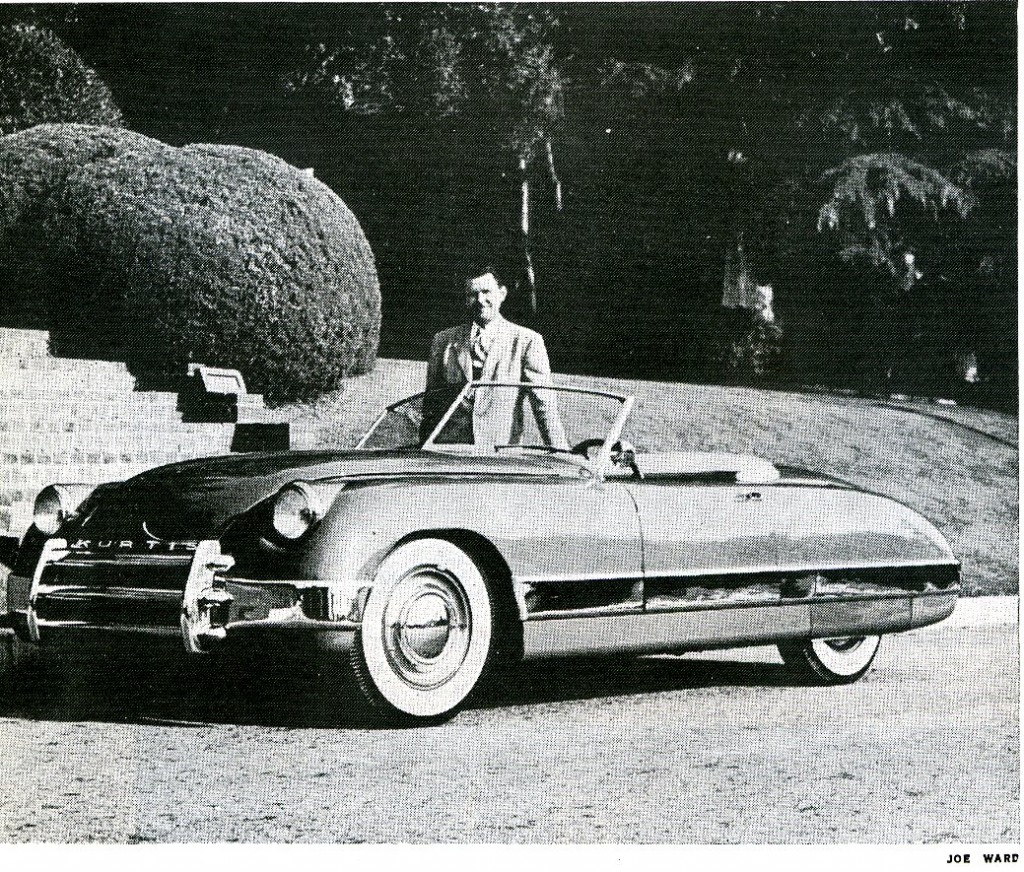 The most interesting piece I’ve found so far on the Kurtis Sports Car actually appeared in the January 1948 issue of Speed Age – nearly 1 year before the current article shown later in this story.  This article actually talked about the Kurtis “Midget Assembly Line,” but embedded in the article is the earliest known reference to the Kurtis Sports Car – but by a different name – the “Sportsman Special.”

Here’s what was shared in the January 1948 issue of Speed Age:

According to Kurtis, the next project slated for the not-too-distant future, will be a custom built car to supersede the old foreign road-type models such as the Swallow, Mercedes-Benz, Bugatti, Fiat and Jaguar.  It will be America’s first and really exclusive sportsman’s road car since the Stutz Bearcat.

There will be no design compromises such as those required in the conventional family car.  Instead, they will be specifically designed for speed with the combined safety factor of a track racer.  American sportsmen will no longer be required to buy obsolete foreign road-type cars and encounter the difficult parts dilemma which goes for making their ownership prohibitive.

The projected “Sportsman’s Special” will have a factor warranted speed of 150 mph and will come equipped with race car precision-tooled parts which the driver may either assemble in his own garage or purchase assembled from the factory.

A larger model is also contemplated which will be powered with a 200 hp engine.  Judging from the past performances of Kurtis creations, there is every indication many wives will be driving the family car more often when the Sportsman’s Specials roll off the line. 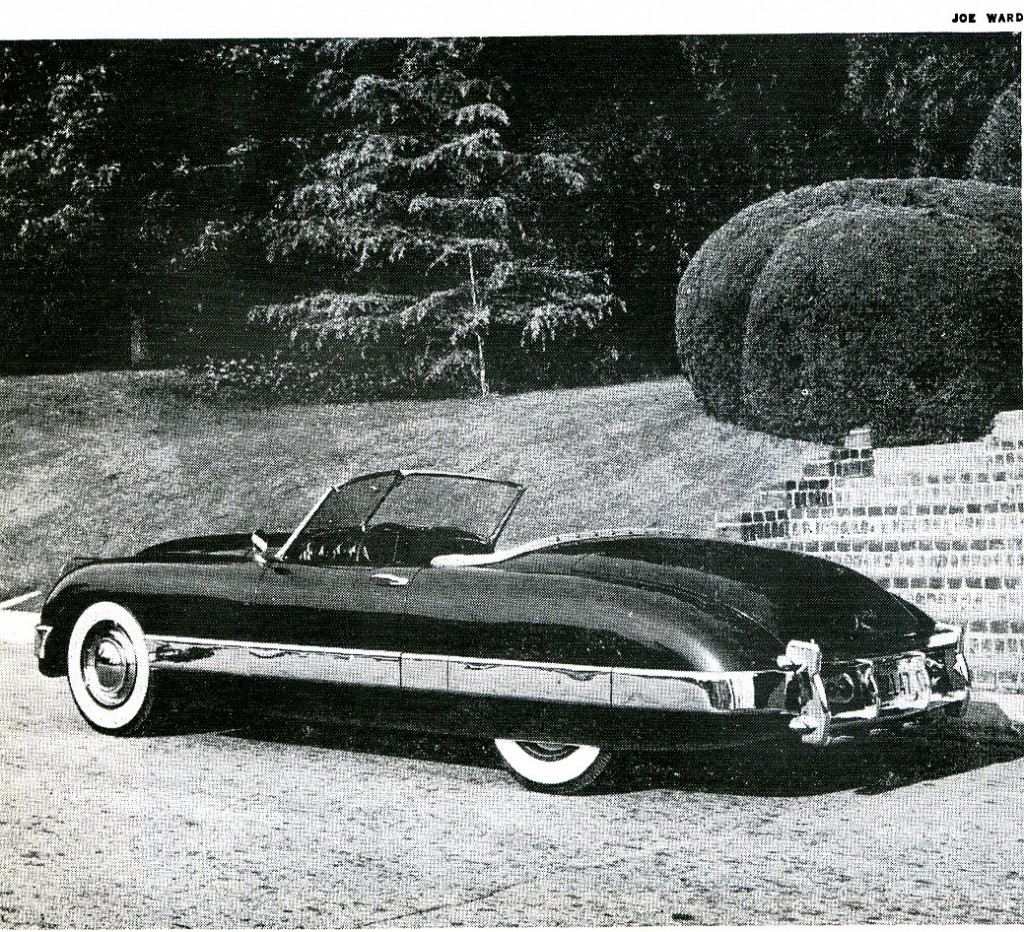 An event long awaited by the American sports car enthusiast arrived with the announcement by Kurtis-Kraft, the world’s largest builder of race cars, of the new Kurtis Sports Car.  Designed to suite the tastes and conditions of this country, the new Kurtis presents an interesting combination of American styling and European design.

The lines of the new car closely resemble the Kurtis Custom Buick (Road and Track, August 1948).  No less than ingenious is the solution of the adequate bumper problem.  Three horizontal bars are combined with the vertical override guards to form a grille unit.

A similar unit protects the rear of the car and shelters the multiple tail and stop lights.  Encircling the body and flowing into the bumpers is a wide chrome rub strip.  At the cockpit, the hat-section box frame is full width and forms the bottom of the door sills.  Standard width frame sections at front and rear are united to the center section, vertical truss construction giving required strength and floor panels furnishing rigidity.

The firewall and cowl structure forms a box to stiffen the frame at that point.  Like European sports cars, the driveshaft of the Kurtis runs over the frame, making possible a very low design.  Individual leather upholstered seats, with three-way adjustment, are separated by the drive tunnel, lending an air of authenticity to the interior.

Instruments are grouped in front of the driver and include tachometer, speedometer, oil and fuel pressure, manifold pressure, water temperature, fuel gauge, and ammeter.  The influence of race-car design on the Kurtis Sports Car may be seen in the steering wheel, gear-shift lever, and other parts.  Many standard American automotive components are used, assuring ease and economy in maintenance.

Comforts expected of American cars, such as a complete ventilation system, are furnished.  A wide choice of engines, ranging from 85 to 160 hp, will be offered.  Names such as BMW., Lea-Francis, Offenhauser, and Ford have been mentioned.  The Kurtis Sports Car is now in limited production and at a later date a “build-it-yourself” assembly kit will be available.

During the recent SCTA Bonneville Speed Trials, a Kurtis equipped with Edelbrock “full race” Ford V8 engine, set an average speed on a two-way run over the measured mile of 142.515 mph.

The Kurtis Sports Car is important to us for several reasons as follows:

* It was the first production sports car in America

* And the KSC was the first car in the world to use fiberglass components in its construction.  Paul Omohundro of Comet Industrials in Los Angeles, California fabricated the first fiberglass parts for these cars which included front fenders, rear fenders, hood, and trunk.  Many of the later production KSC’s had some or all of these fiberglass parts.

As many of you know, Frank Kurtis continued on with great success, and in the early ‘50s built another fiberglass sports car called the Kurtis 500 M.  The legacy of Frank Kurtis and his company Kurtis Kraft is significant in every way to understanding our favorite sports cars and the time period in which they were built.  Frank Kurtis was one of the “rock stars” of his era, and when he delivered – the world took notice. 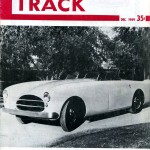 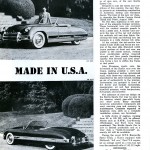 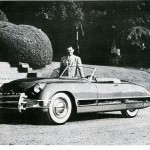 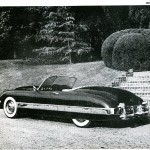 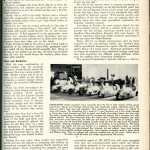 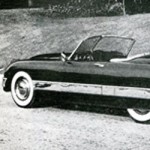