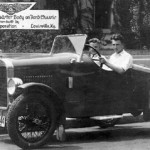 Dean Batchelor and Dan Post addressed this issue.  Dean in 1975 and Dan Post in 1956.  Let’s talk about both of these authors and their respective articles.

In Dean Batchelor’s Own Words…

Dean Batchelor explained the heritage of kit cars in Volume 1, Number 1 of ” Old Car Illustrated”, in the Fall of 1975.  For those of you who don’t know who “Dean” is, you can read more about him, and the the award given each year in his name on the following website: 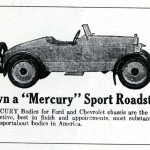 I encourage you to take a few minutes, and explore the website about Dean.  Who would have guessed Dean and others would have started writing about the 1950’s kit cars and their heritage, way back in 1975.  I’m embarrassed to tell you how old I was back then, but let’s say I was driving – just not legally.

Dean was talking to a newly targeted sophisticated group of car collectors about the heritage of kit cars, and how it went back to perhaps 1923 – maybe a few years earlier.  Time will tell what research uncovers, but for now, let me repeat what Dean had to say in the beginning of his article, followed by scans of his article for those of you who would like to read it in detail.

As Ed McMahon from the “Tonight Show” used to say….Here’ssssssssssss……Dean:

’24 Ford Speedster: A Kit Car For The Home Mechanic 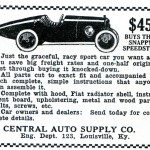 “The fiberglass car body industry that came into being in the Fifties with names like Allied, Victress, Woodill, Glasspar, Kellison, Fiberfab, LaDawri, Sorrell, Devin, etc., built sports car bodies that would fit stock chassis, or in some cases shortened and reworked production chassis.  The use of fiberglass as the body material was new, made it far easier for the low-bucks backyard builder to get started in business.  But the idea of special “kit” type bodies was old – at least 30 years old.

In the July 1923 edition of Automobile Trade Journal appeared an advertisement for a “Sport Roadster Body” to mount on a Ford Model T chassis.  The ad copy read as follows: The Mercury Sport Roadster Body Mounted on a Ford Chassis.  Mercury Body Corporation, Louisville, Kentucky.”

To learn more about the “Mercury”, we’ll have to meet “Dan Post” from Arcadia California.

In 1956, Dan Post of Arcadia California wrote an excellent book called the “Model T Ford In Speed and Sport”.   In this book, he outlined how the Model T had been used as the basis of early sports cars – both custom ones built by individuals in their backyard to race and go fast, and “kits” you could buy and turn your Model T into a sports car of sorts.  His book identified this trend starting around 1920.

Dan would have written his book about the time that “first generation” fiberglass cars were coming to a close (1951-1956), and the second generations cars (1956-1965) including LaDawris, Kellisons, Devins, and Bocars were about to make their debut.  Good timing for his book, and it was probably the impression left by early 1950’s kit cars that later inspired Dan and a team of his friends to build a “Ford Speedster” from scratch to emulate what had been completed across America in the 1920’s. 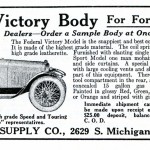 “The Model T as a sports car became the rage.  When it began to go faster, with a flathead, and a special carburetor, the eyes of  the wind-burned boy at the wheel only watered for more.  And so the overheads were born.  Meanwhile the austere little runabout had to look its newly-acquired speedy self.  The factory body was stripped off and dumped down the most convenient gully.  Then the owner approached his chassis with the light of creation in his eyes – and a general form of the Mercer Raceabout or Stutz Bearcat in his mind.

What he developed was a home-grown edition of these factory speedsters.  But more often than not, the body was lost in compromise and wouldn’t have gone far in a styling competition; but then it didn’t have to.  The important things were that it was original, and it was his.  Fortunately for the aesthetics, every town seemed to have at least one craftsman who did happen to have the verve to build into his bug some of the spirited character of a scaled-down Mercer.  He carried the day and is well remembered.” 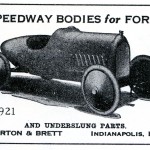 Dan continues in the next chapter titled “The Parts of Speed”:

“In the heyday of the Model T, it was standard practice to own one new.  Second-hand Fords were considered too used up to be a good investment.  Hence, they were offered in the used car market greatly depreciated in selling price (Note: isn’t this what happened in the 1950’s when guys started to use the 1939-1948 Ford as their basis for their sports car?)

This was the miracle that delievered into the hands of youthful experimenters their first second-hand car which still had life left to use.  The Model T became the classroom for a back-yard course in automechanics.  It was in its element, and the observation “You can dissect a Model T; but you can’t kill it!” was confirmed from Lynchburg (Tennessee) to Temecula (California).”

Dan’s 1956 book is an excellent review of this subject.  It’s a must read for anyone interested in this early era of souping up your model T, and it most importantly outlines what was happening back in the 1920’s around building your own sports car.  It also nicely predicts what would happen again in the 1950’s and beyond – and “why”.

Here’s what Dan Post had to say about the “Mercury Body Corporation” mentioned by Dean Batchelor: 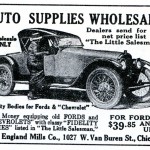 “The Rolls-Royce of road car bodies was undoubtedly the kit produced by the Mercury Body Corporation, Inc., of Louisville Kentucky, from 1921 thru the late Twenties.  In addition to a well-designed and finely constructed heavy gauge speedster body with a 1″ rolled edge around the cockpit, Mercury furnished a special dropped axle, kick-ups to lower the rear of the frame, a deep-channel section to effect a lower and heavier appearance to the frame, special radiator and shell, hood, step plates and cycle fenders.  Mercury would either sell the enthusiast the kit, or furnish the complete car on a new Ford chassis for around $1000.”

Be sure to check out the article and pictures below.  It’s really remarkable that someone as important as Dean Batchelor took the time to accurately put into perspective the history of Kit Cars in America.  It’s even more remarkable that Dan Post outlined in detail the 1920’s era – about 20 years earlier than Dean.

This is the heritage of our fiberglass cars, guys, and if you don’t know your history you’re doomed to repeat it.  I guess that’s ok in our “space” – it means we get to build cars again!  But learning it a bit more about where our cars came from is good in every way.

I’ll be featuring another article in the near future on Dan Post’s “Model T in Speed and Sport” book as well as the Ford Speedster he built that is documented in the book.  His car was called “The Yellow Peril”.  What a great name.

Hope you enjoyed the article and… 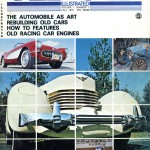 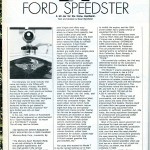 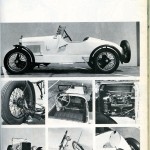 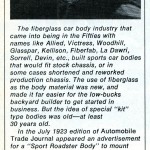 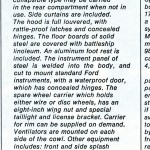 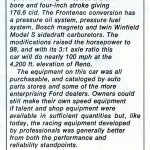 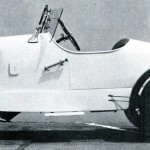 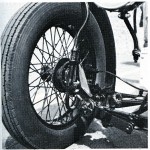 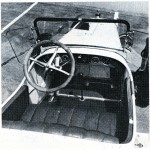 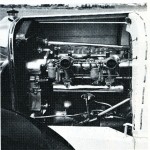 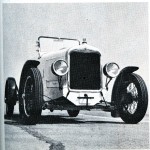 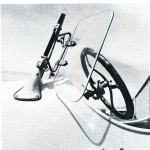 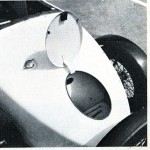 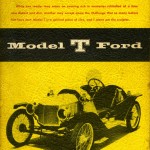 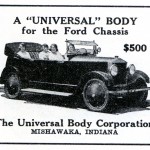 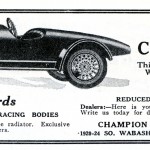 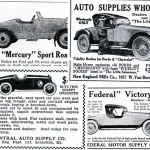