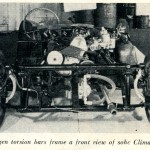 I’ve not written about these before, and they were primarily used for racing and sporting events.  But I came across an interesting article today, in the October 1957 issue of Road & Track.  This has to be one of the first articles on Jomar because it shows the aluminum bodied car, and discusses future bodies being available to the interested party in aluminum and fiberglass.  Sounds interesting gang.

Let’s take a bit of a look inside, and see what the author had to say.

By Saidel Out Of New Hampshire

Last May, at Cumberland, Maryland Road Races, several drivers got the shock of their lives when the new and untried Jomar stormed through their midst to take sixth place in a field of 15 Lotuses, Coopers, and Elvas.

This is a brand-new version of the car that began life two years ago in Manchester, New Hampshire as an 1172-cc Ford Special.  With the old flat-head power unit, the car was no comet, but it was a good classroom for designer Ray Saidel, who applied the lessons it taught to this new model, the Mark II.

The Mark II Jomar that ran at Cumberland was powered by a Stage 1 Coventry-Climax engine developing 75 bhp.  Later models are being fitted with a Stage 2 engine that gives 85 hp with a displacement of 1098 cc.  Mr. Saidel admits that the car’s weight of 1040 pounds dry gives a few pounds away to the Lotus, but he feels that the Jomar’s rugged chassis and suspension should mean greater reliability and should make up the deficit. 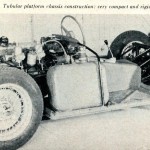 The Jomar will soon be produced in three versions:

This later model is now being developed by T.V.R. Engineering in England, which designed the Jomar chassis and has played an important part in the car’s development from the beginning.  Anticipated production of the Jomar is 30 to 50 units a year, with aluminum bodywork done in Manchester and all fiberglass work done in England by T.V.R. Engineering.

There’s a great website on the history of Jomar and the cars that followed.  Click here to review this page called “Jomar – Early TVR Sports Cars.”   You can learn more about Jomar and how it fit into the larger TVR picture by clicking on this link.  No doubt we’ll feature more of these articles and stories about the Jomar as they surface in our research. 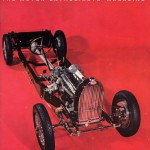 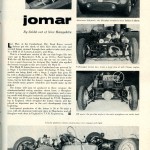 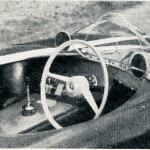 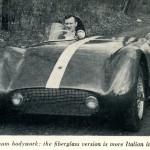 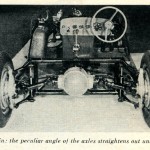 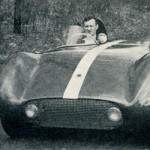