Frank Kurtis worked for Don Lee, a famous and successful Cadillac dealer in 1930’s California, and created some of the first custom cars in prewar America.  He also built race cars back then, and that’s where his reputation flourished.  When Kurtis started offering sports cars (and kits) in the late 1940’s and ‘50s…..the automotive press and enthusiastic public took notice.

The Kurtis 500 M was conceived as a way for Kurtis to compete with the smaller sports cars that were primarily coming over from overseas.  The “M” designation was for investor Robert McCullough, who brought capital to the project and made the concept a reality.  It debuted in late 1954 / early 1955 and during its short life, only 18-20 cars were built and/or assembled.  Today’s article is one of the first articles that appeared in the automotive press when the Kurtis 500 M debuted.

And without delay, let’s get at it: 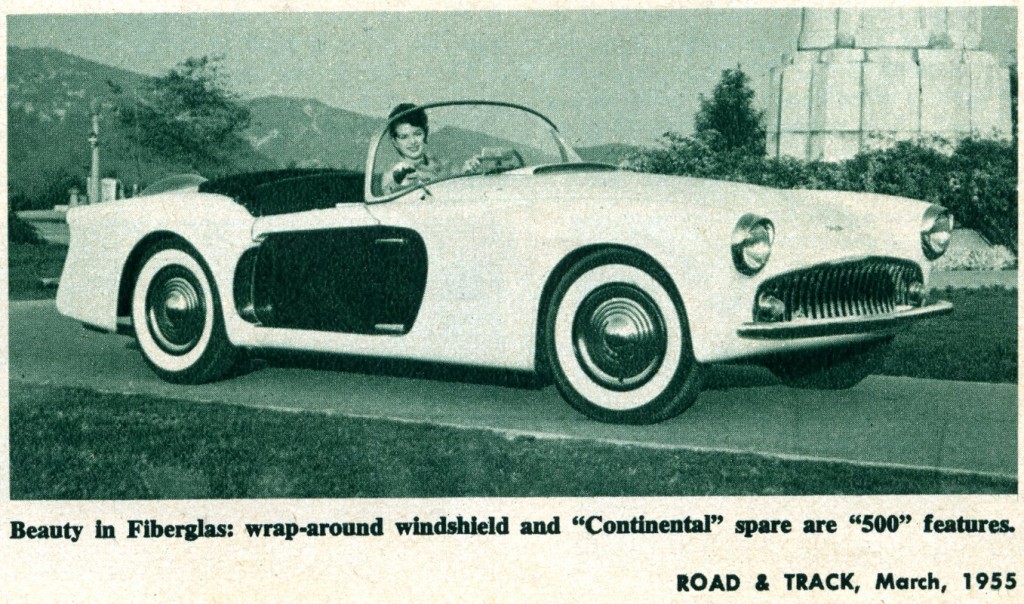 The newest American sports car is the Kurtis “500 M”, a Cadillac powered roadster offering high performance with touring-sports comfort.  Actually this is what might be termed a Mark III version of the company’s post-war line up.  The Mark I was the 1949/50 model which eventually became the Muntz Jet.  The Mark II was (and is) the genuine competition version which employs a double-tube frame, solid axles and torsion bar springs.

The Mark II, or officially the “500 M” model, is essentially the Mark II chassis equipped with a luxurious and newly styled body.  This chassis employs the well known Kurtis designed front axle suspension having a pair of trailing arms on each side and crossed torsion bars. 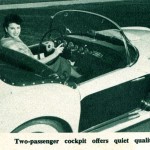 Rear suspension is also unchanged, with leading arms and transverse torsion bars.  The light tubular frame is similar to that used on Kurtis track cars, but the pair of tubes which act as side rails are brought close together in the region of the door openings.

The new and perhaps unique feature of the 500 M design is a sheet steel underbody structure which encompasses the complete cowl,  tow, and floor boards, seat pans and rear deck.  This provides many advantages: it stiffens the frame at a point where it would normally be flexible in torsion, it gives very adequate roll-over protection, it makes solid door hinge mounting points, and it facilitates mounting of the fiberglass body panels, windshield, seats, etc.

The first 500 M chassis was posted by a modified Ford four cylinder industrial engine.  However, there is ample room for any large American V8 engine.  More important, the installation, in the car illustrated, of a Cadillac powerplant has not resulted in a nose-heavy car.

Road & Track weighed this car and with 16 gallons of fuel it stands at exactly 2700 lbs, curb.  The weight distribution with no driver or passenger is 48.5/51.5, front to rear.  When one considers that this particular car was equipped with a hydramatic transmission (total, engine and transmission is 900 lbs.) the figures quoted can be appreciated even more.

Dimensionally, the 500 M proves to be much smaller than its first appearance leads one to believe.  Its wheelbase is 99 inches, front tread is 55.5 inches, rear tread is 56.0 inches.  The cockpit space is definitely roomy for a sports car and the immense size of the tunnel which encloses the transmission is the only clue to the engine’s location (well back).

Interior trim, instruments and hardware are all plain, but neither cheap nor austere.   During the short ride to the weight scales, the car ably demonstrated its ability to pin one solidly against the seat back.  A fair estimate of the zero to 60 acceleration time would be 8 seconds, perhaps better. 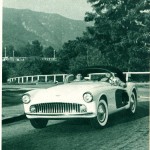 Riding qualities are excellent and there is no roll on corners.  The price of this car is $6200.  A lot perhaps, but where else can you buy as much individuality, comfort, performance, and durability for less than twice that amount?

Thanks to Harold Pace and Mark Brinker and their section on the Kurtis 500M that appeared in their 2004 book, “Vintage American Road Racing Cars 1950-1970.  Part of the introduction to this article came from material covered in their text.  If you have a chance to pick up this book, it’s worth every minute you’ll read.

And…I found a short video with Arlen Kurtis (Frank’s son) talking a bit about the 500M.  The audio’s not great, but it’s great to see Arlen and the Kurtis 500M on the show field being appreciated.  Click on the video below to watch: 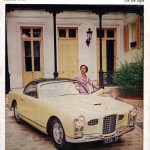 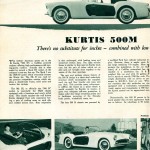 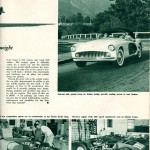 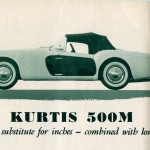 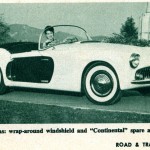 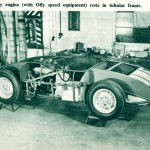 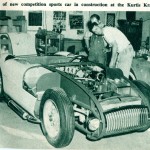 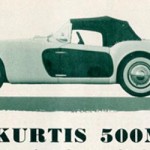