Fiberglass bodies made every young man’s dream of owning a sports car a possibility.  It also brought life to the ideas of more than one young company.  Take, for instance, today’s story about an electric car in search of a reality, by Banning Electrical Products Corporation.

When the car was still a concept as discussed in today’s brochure, it showed the promise of a sleek, stylish fiberglass looking sports car (they also showed a tear drop vehicle too).  This allowed interested folks like you and me to dream of what such a futuristic car might look like.  And when they moved forward and made their dream a reality, rather than creating a body from scratch, they chose a stylish and futuristic body already on the market to wrap their invention – Bill Tritt’s Glasspar G2 sports car body. 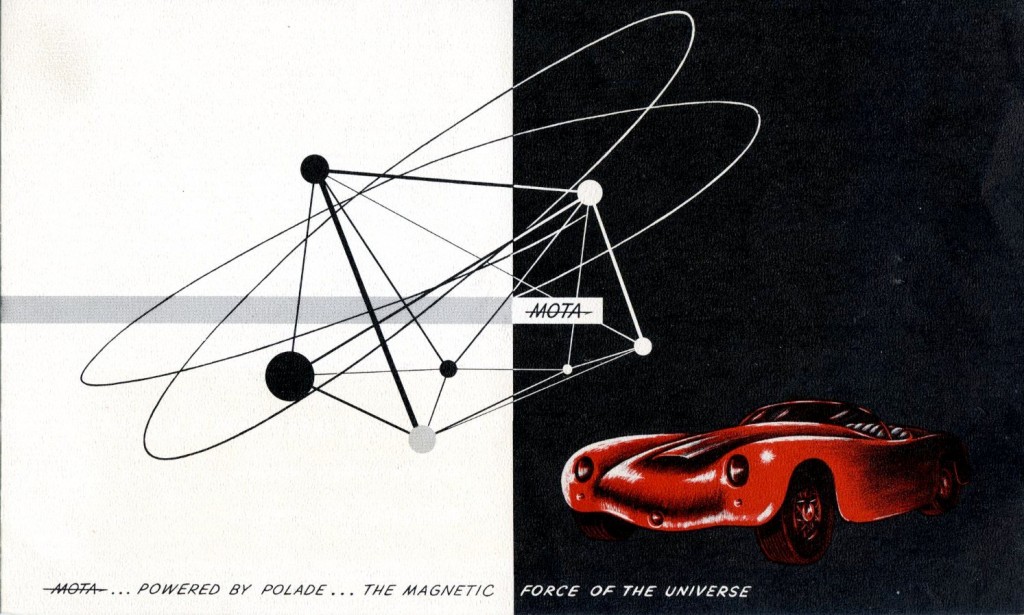 The Mota, as shown, in a prototype of the startling and daring different futuristic family passenger car models now on the drawing board.

Mota: Bridging the gap between man’s first attempt at motorizing the wheel, and the futuristic visions of ultra-modern atomic cars of tomorrow, comes now America’s most truly spectacular motor car accomplishment – the amazing and miraculous MOTA!

Low, sleek, and speedlined, the MOTA, with its patented Polade Power plant, brings to the automotive world a completely new and thrillingly different concept of motor car engineering and design….a concept destined to revolutionize all accepted standards of automotive economy, performance, and power!

Motivated by the magnetic forces which produce the speed of light, the Mota delivers flashing acceleration, breath-taking speed, the pile-driving power of steam….all with the satin-smooth efficiency of constant horsepower electricity.

With chain lightning harnessed beneath its bonnet, the Mota’s jet-flight ride hugs the highway with an exclusively new suspension system which automatically compensates for varying payloads while controlling vertical springing in both directions!

Combining flashing speed and surging power with sensational roadability and cornering qualities, the Mota generates a new standard of motor car perfection….Polade Power perfection envisioned for the future…designed and produced for today! 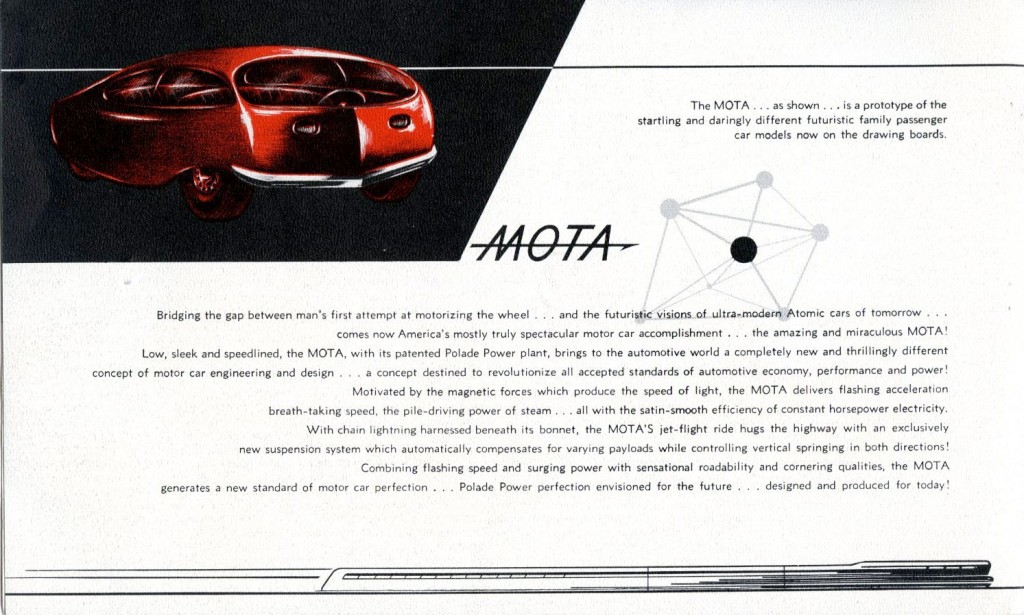 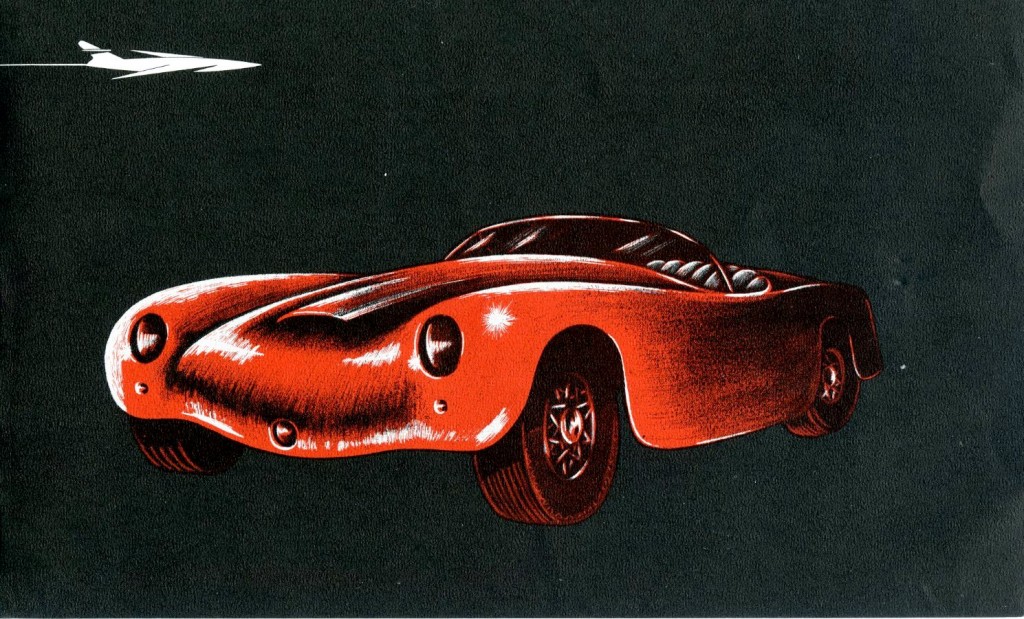 Reducing motive force to its simplest and most basic form, the Mota engineering formula of Polade Power propulsion eliminates scores of working parts required by cars of standard design.  The flashing speed of constant horsepower in the Mota is provided by the revolutionary Polade Power motor, mounted just above and ahead of the rear wheels of the car.

The Polade power plant, radically different in concept and performance from conventional electric motors, derives its power from an economically air-cooled gasoline engine-alternator combine mounted beneath the bonnet of the Mota.

Polade Power’s utilization of the passive energy, now dormant beneath the base of conventional engines, instantly converts it to positive energy at the wheels with the additional traction and acceleration of the increased torque.  This is the picture of the Sonic performance of Polade Power….

The Banning Electrical Products Corporation, creators of the Mota’s revolutionary Polade Power motor are justifiably proud of this contribution to the field of motive power and sincerely invite the engineering comments and inquires of those interested in the technical phases of this development. 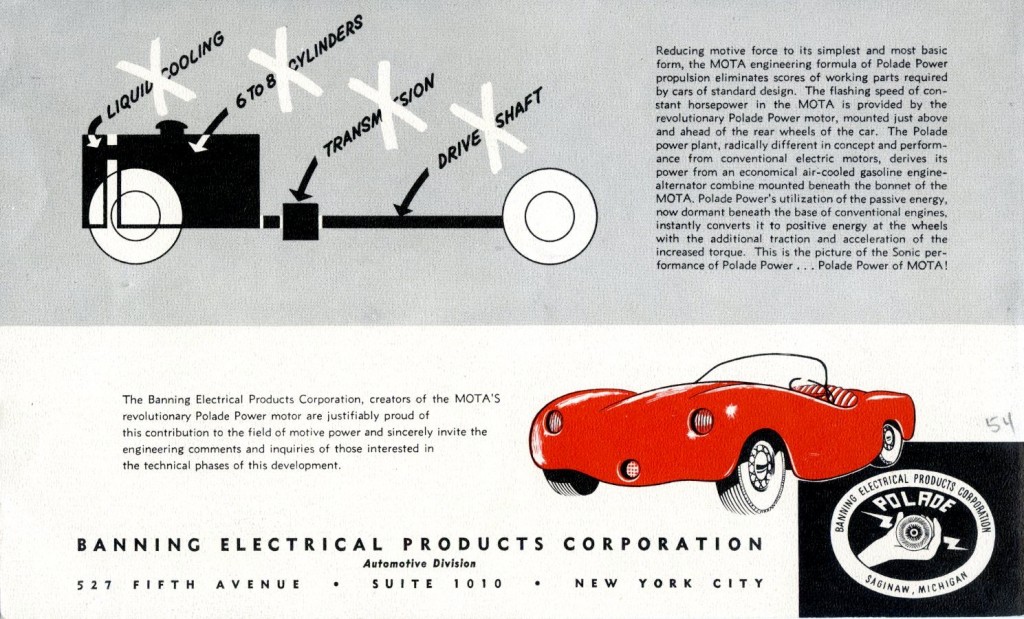 Additional information was found about the Mota on the website factoidz.com:

Back in 1953, the Mota looked like it might be produced by a big car manufacturer. It was promoted by auto enthusiast/radio and TV comedian, Herb Shriner, who insisted  the Mota’s inventor, Gerald Banning, exhibit the car at the International Motor Sports Show in New York.

Shriner’s enthusiasm was well-founded, as the Mota car received an award for the “most unique and advanced concept of automotive engineering”.   Described in a 1953 issue of Collier’s Magazine as “a radically different motor (that) gives astonishing performance to this first U.S. electric car in years….” the Mota  had very few gears, no transmission, no drive shaft, and a small rear axle. The right rear wheel was the only one connected to the motor.

And….with the help of automotive historian extraordinaire Glenn Brummer, we have a picture of Herb Shriner, and the Glasspar G2 bodied Mota at the 1953 International Motor Sports Show here today: 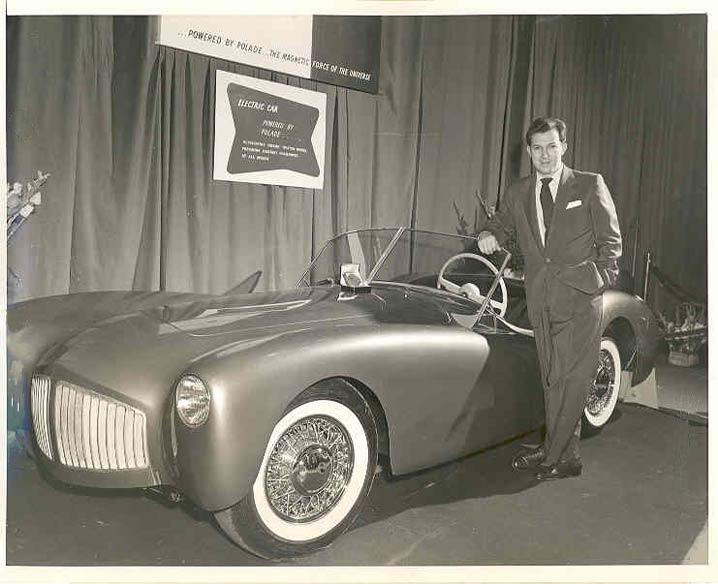 This story would repeat itself at least one more time in the realm of fiberglass sports car bodies when the Nik-L-Silver company used Alken sports car bodies to build their electric car (and don’t forget George Lippencott’s of Nik-L-Silver first try at creating a prototype electric car with Victress Manufacturing of North Hollywood, California – click here to review that story).

In the next article on the Mota, we’ll explore the article that appeared in the 1953 issue of Collier’s magazine about this special car. 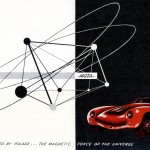 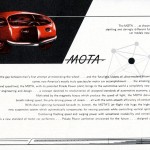 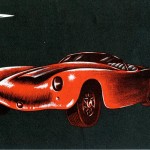 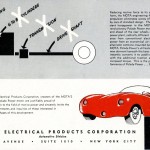 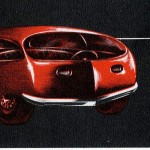 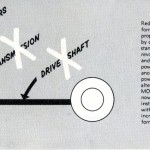 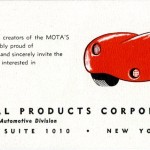 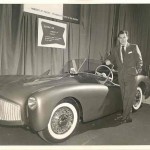 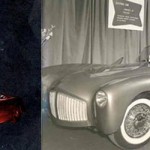