From 1960 thru the year 2000, the story of Jim Byers and his sports cars – the SR-100 and CR-90 – was left virtually untold.   Along the way Harold Pace and John Furlow came on the scene, and recognition and appreciation of these cars began the process which we are continuing today at Forgotten Fiberglass.

Please join me in reviewing an article published back in 2000 about the Byers SR-100 by Harold Pace – famous friend of fiberglass – and the best known and most famous Byers SR-100 today – owned by fiberglass aficionado John Furlow. 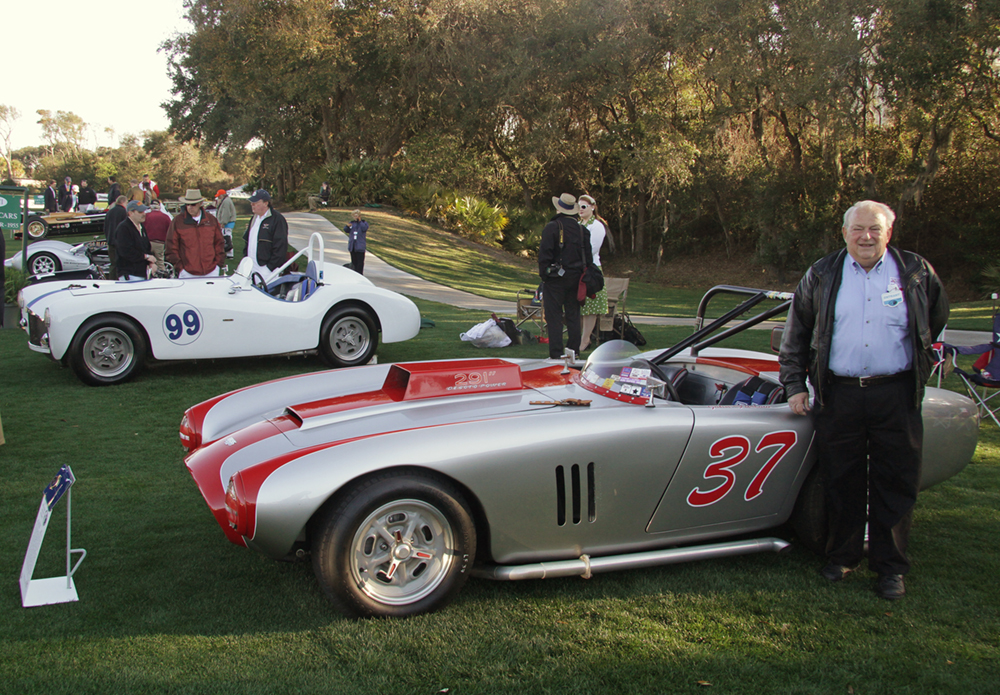 Some cars are unforgettable.  Timeless classics like the sensuous Ferrari 250 GT Berlinetta Lusso, the svelte Series I Jaguar XKE and the outrageous Mercedes 300SL “gullwing” have captivated thousands of car enthusiasts from first glance.  But there are countless other beauties out there just as lovely, but never heard of outside of a small circle of insiders who just happened across them during brief production runs.

This is the story of a car that no less an authority than Road & Track magazine once suggested might be one of the most beautiful cars in the world.  It is a car that was built by four manufacturers and remained in production for over a decade.  The marque itself is all but forgotten, and only a handful remain.

In the 1950s, California was the repository of much of the fiberglass knowledge in America.  The technology was developed during the war and applied immediately to the postwar demand for inexpensive boats.  From there it was a fairly simple step to plastic cars, which were sold in assemble-it-yourself form to fit a variety of chassis.  Some manufacturers, like Glasspar, Devin and Woodill, are well-remembered.

Other were quickly forgotten due to uninspired styling and/or poor build quality.  Among those building fiberglass car bodies were Dick Jones and Jim Byers, who called their creation the Meteor SR-100.  Primarily inspired by the lovely Vignale coachwork that graced many early 1950s Ferraris, the SR-100 was nonetheless an original design.

Although the first cars had a 90 inch wheelbase, this was later extended to 100 inches, hence the SR-100 designation.  According to Colorado auto historian Chris Wolfe, the first Meteor was shown at the Los Angele Motorama in 1953.

However, in 1955 Jones moved his family to Colorado and severed his connection to Byers.  At this point, the SR-100 body takes on a schizophrenic personality.  Jones took his molds with him and reportedly sold around 25 more Jones Meteors from 1955 to 1962. 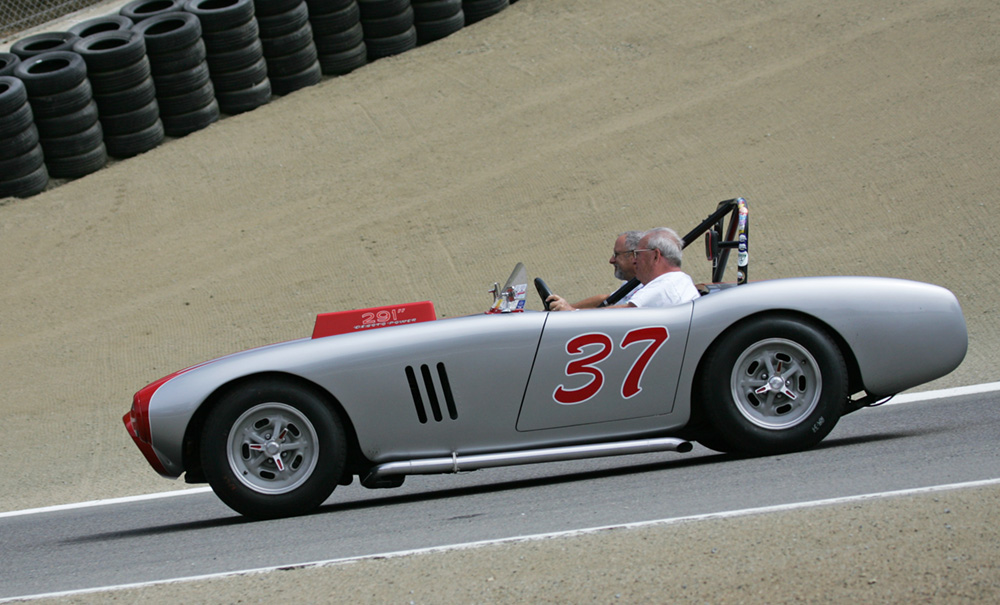 But Byers stayed in California and became heavily involved in making fiberglass parts for the defense industry.  He also restyled the Meteor body, making it decidedly more graceful.  By gently sloping the fender line to a low point at the rear of the doors, and then arching it up over the rear fenders, the car took on a much more aggressive look.

Byers re-launched his version as the Byers SR-100, although, once again, the first few had a shorter 90 inch wheelbase before going longer.  The first production body was sold to a doctor who had a one-off chassis fabricated, with a straight front axle located by leading parallel arms on each side.

The top links were actually ¼ elliptic lead springs and the entire arrangement was similar to English H.R.G. practice.  The rear suspension was independent, using a design developed (but then discarded) by Invicta in England.  Why he chose this ill-fated setup is unknown, but thankfully only one was produced, as the road holding would not have been impressive even for that time. 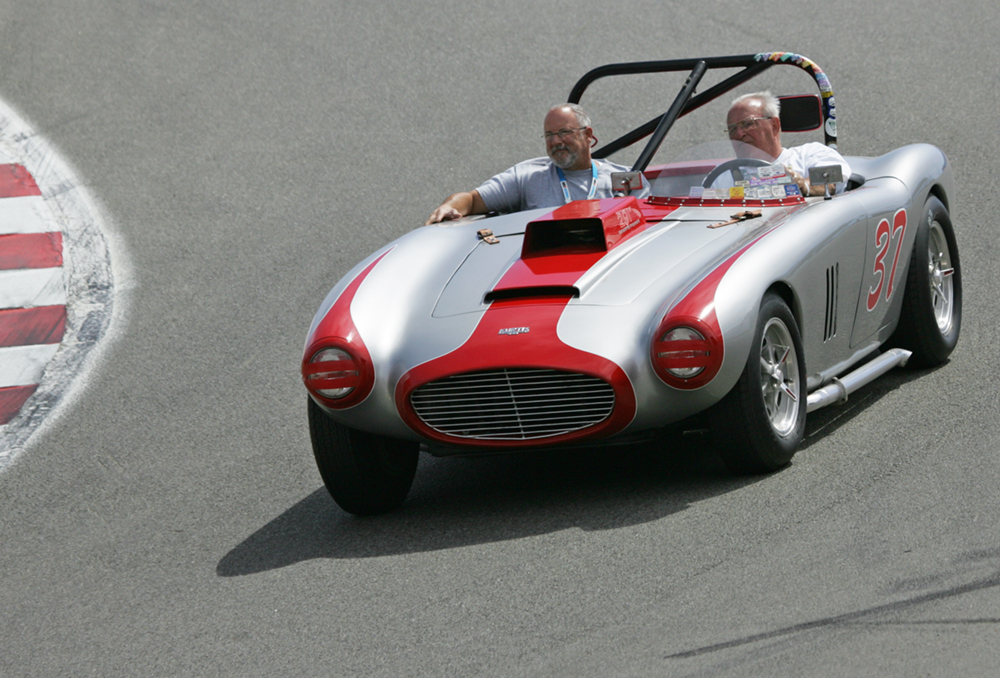 However, it was beautifully finished on a cost-no-object basis with Chevy 265 cubic-inch V8 power.  Road & Track, then the down of automotive fashion in the U.S., splashed the dark green beauty on the cover of its February 1957 issue.  The article featured the brash headline, “The Byers Special – world’s most beautiful sports car?”  The magazine was lavish in its praise and several staffers, including editor John R. Bond, began Byers bodied projects of their own.

The doctor’s design was to remain a one-off.  Most Byers bodies were set on 1952 and earlier Ford chassis with Ford flathead, Chevy or Oldsmobile V8 engines.  However, famed Indy car builder Frank Kurtis already offered a custom chassis that would fit under the various fiberglass bodies on the market.

The Kurtis 500KK chassis was sold in kit form and was, essentially, the same as that used on the 500S sports cars that had been raced to good effect by Bill Stroppe and others.  It could be ordered in various chassis lengths and with the buyer’s choice of engine mounts and brakes.  Prices ranged from $395 to $1300 in 1953, depending on degree of factory completion.

A 500KK was built by Steve Salem in Manhattan Beach, California in the mid 1950s.  Starting with Kurtis 90 inch chassis, Salem adapted one of the early short-wheelbase Byers bodies to fit over a modified 320 cubic inch GMC inline six cylinder engine.  The car was featured by Petersen Publishing in their Trend Book, Sportscar Specials (1958).  Byers picked up the photos from the book to use in his literature and press releases. 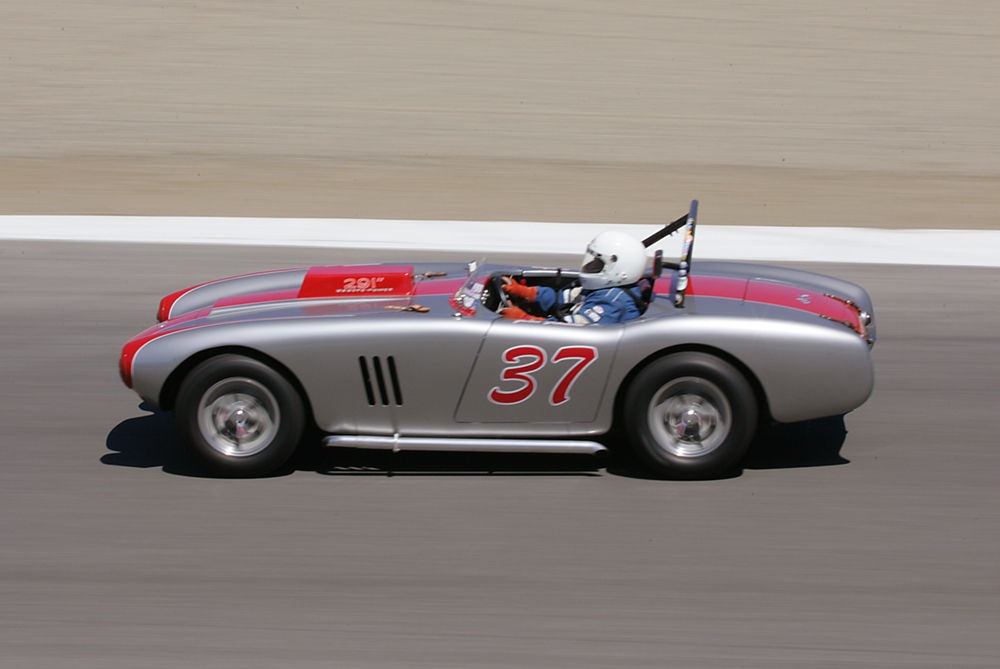 During this time, Byers also developed a lighter race car body (heavily copied from the Devin kits) called the CR-90, but it was not as popular as the SR-100 had been.

By 1960, Byers had lucrative outside contracts that left little time for the auto body business.  He sold the molds and the rights to the two kits to the Victress Manufacturing Company in nearby North Hollywood.  The Victress-built SR-100 was popular and the future looked bright.

Then Victress ran into financial difficulties and sold its entire line of bodies to yet another California kit builder, LaDawri Coachcraft, in 1961.  This acquisition gave LaDawri the largest lineup of kit bodies in the U.S.  The Victress SR-100 became the LaDawri SR-100, but the CR-90 disappeared forever.

LaDawri continued in business until the mid 1960s, when it closed the doors after passing the rights to yet another California kit car company, Kellison Manufacturing.  The evergreen SR-100 continued to be sold right up until Kellison shut down in the late 1960s.  And that was the end.  How many sold is open to conjecture, but the numbers probably run in the low hundreds.

Texan John Furlow has had a life-long love of sports cars and racing.  It began in the early 1950s when he crewed for other racers before taking the wheel himself to complete in SCCA (Sports Car Club of America) racing.  In 1987 he was looking for a car to take vintage car racing.  This new form of motor sport was exploding in popularity and Furlow’s love was for the older cars anyway. 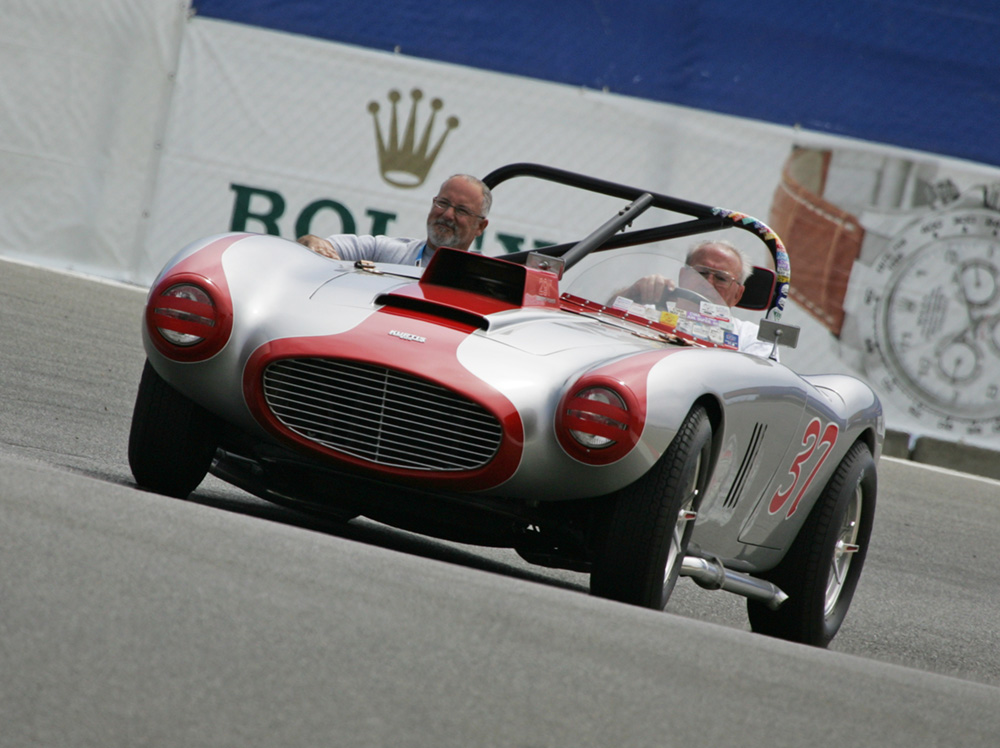 He put out some feelers when he got a call from a Dallas-area dealer who had located some sort of fiberglass-bodied special in the back of a garage in Arlington (between Dallas and Fort Worth).  It was basically in sound shape, even though its late-model engine and transmission would have to go.

The brick-red paint was flat and faded and the interior was bare, but, as they say in the home restoration business, the bones were good and Furlow snapped it up.  He began to research his new find and, by tracing back from owner to owner, found to his amazement that he had the very Salem special featured in Byers literature.  Although he was unable to locate any information on the whereabouts or fate of Jim Byers, he did find Steve Salem in California, who was thrilled to hear his car was about to be restored.

Furlow and his son, John Jr., stripped the car down and rebuilt the mechanicals.  Due to a scarcity of speed parts for the GMC engine, Furlow opted for a DeSoto “Hemi” V8 as fitted to other Kurtis sports cars.  The engine, with appropriate period modifications, belts out 260 horsepower.

Most other mechanical parts are of proper vintage, and the wheels are replicas of period Halibrand “kidney bean” (so named for the shape of the cooling holes) units built by P.S. Engineering.  With a weight of around 2600 pounds, the Kurtis is a fair match for the Jaguar C-types, Allard J2Xs, Ferrari 240s and other Kurtis cars that Furlow competes against. 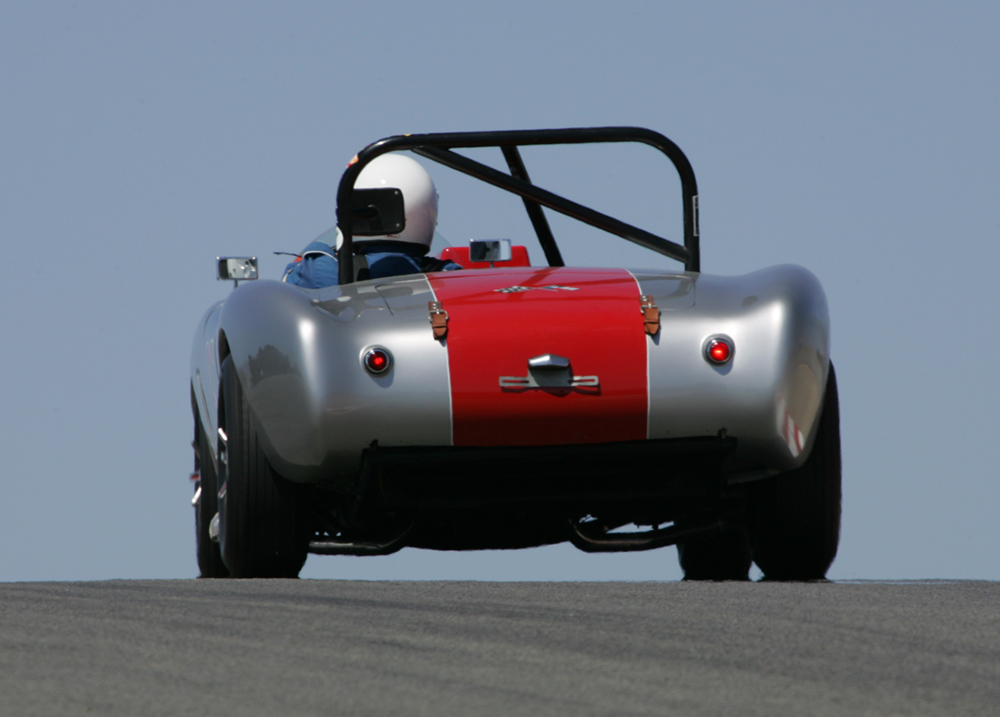 As the restoration neared completion, the  only thing lacking was a great paint job.  Unfortunately, Furlow had shot his budget and the faded red paint still remained.  Then one night the phone rang. It was custom car painter Zig Ebel.  “I’m going to paint your car,” he announced.  “But I don’t have the money,” Furlow replied.  “You don’t understand,” countered Ebel, “I want to paint it for free.”

Ebel wanted to have a showpiece for the vintage racing crowd and saw the Kurtis as a perfect canvas.  After Furlow found out that Salem had originally intended to race the car in the Carrera Panamericana in Mexico (which was canceled before the car was completed), Ebel laid out a stunning silver and red paint scheme in the style of gaudy graphics popular in the classic Mexican road race.

Small Texas flags and “Piloto: Juan Furlow” were hand-lettered on the sides.  The newly painted Kurtis was immediately accepted for the vaunted Monterey Historic Races in 1992.  The following year it was selected to represent the vintage racers at the Pebble Beach Concours d’ Elegance, where a beaming Furlow drove his pride-and-joy across the famed stage to a round of applause.

Not bad for what some would call “just a kit car.”

Since then, Furlow has competed at Monterey eight times, but perhaps his favorite memory was taking the car by for Steve Salem to see for the first time in over thirty years.  Salem fought back a tear and told him, “I love the way you did it.  I wouldn’t change a thing.” 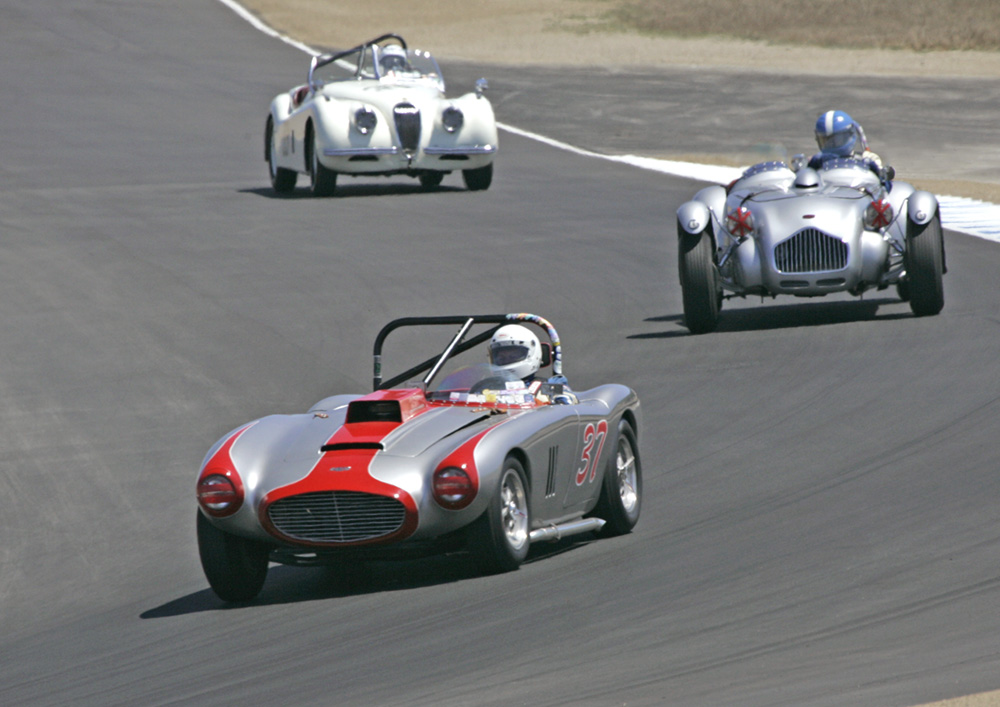 What a great article and story and thanks to both Harold Pace and John Furlow for sharing such detail – so early in the appreciation of the Byers SR-100 sports cars.  We’ve learned a few things since Harold originally wrote the article back in 2000.  Here are some updates to the article:

I wonder if John Furlow ever found vintage pictures of his Byers SR-100 from Steve Salem.  John… anything interesting to share?  I know the gang here at Forgotten Fiberglass would love to see what you may have found during your research.  Inquiring minds would like to know 😉 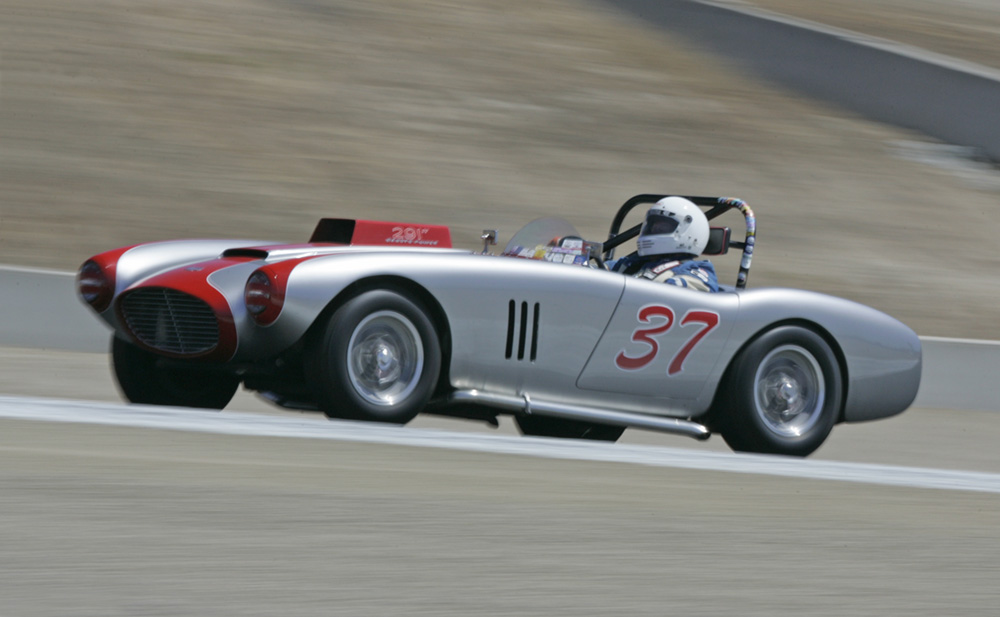 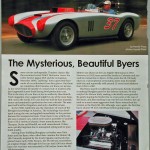 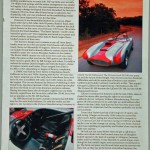 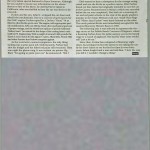 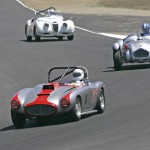 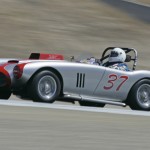 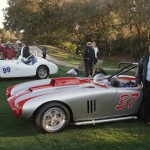 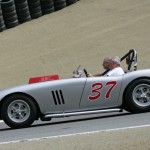 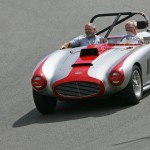 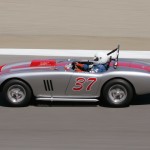 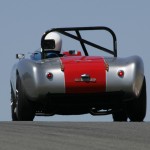 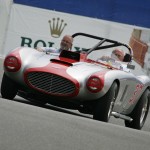 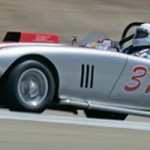