Each car we find has a story.  Sometimes we’re lucky and have some  basic information down when we acquire the car.  Other times we’re not so lucky and research begins in earnest.  But with the Wellman Special which is the subject of today’s story, we were lucky and had an excellent article to work with about the car and the history of the person who built it.

But that’s rarely the whole story gang, and further research often reveals more interesting facts.  Last year we were thrilled to find and talk to Warren Wellman’s sister Elaine.  Over the past few months Elaine has been sending us additional photos, newspaper articles and other information about the her brothers handcrafted car.  Let’s check out one of the articles and some of the photos today. 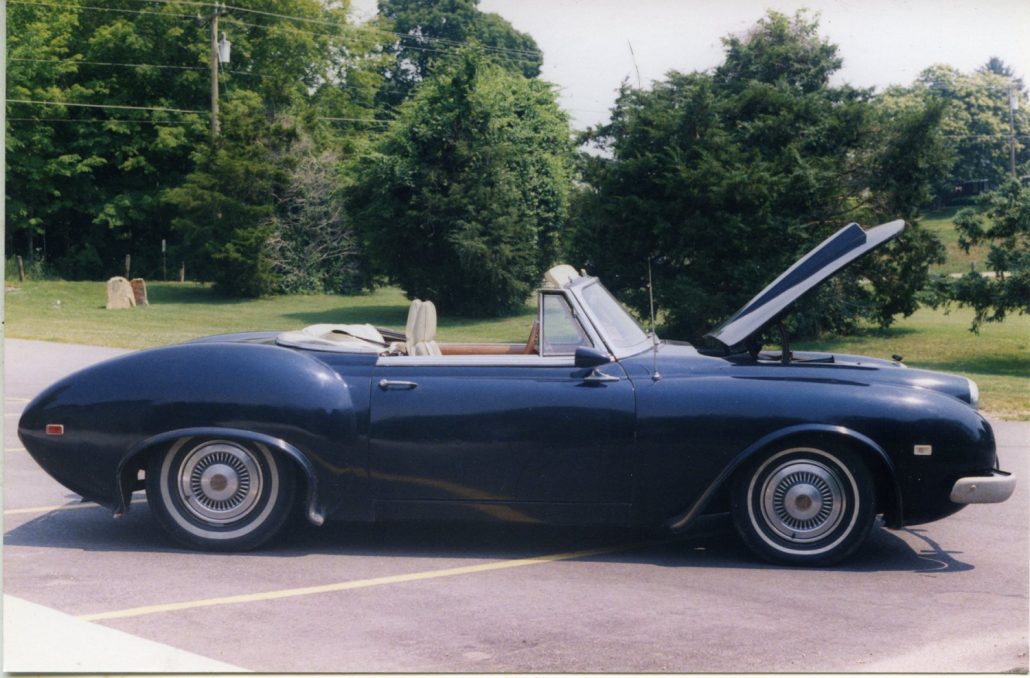 Packard, Bentley, Bugatti.  They are the names of rare and unusual automobiles, and the few people lucky enough to own them are justifiably proud.  But there is one man in West Oneonta (New York) who is, if anything, prouder than all the rest – he is the owner of a 1982 Wellman Convertible.  There was just one model year for the Wellman and only one car was ever produced.  And its owner and builder, Warren L. Wellman, said it draws stares and questions as only a one-of-a-kind automobile can.

“I’m always being passed on country roads by people who want to see what the front end looks like,” he said.  “I was out on the Massachusetts Turnpike once, and a guy rode up alongside on a motorcycle at 65 miles an hour and we had a big discussion about it.” 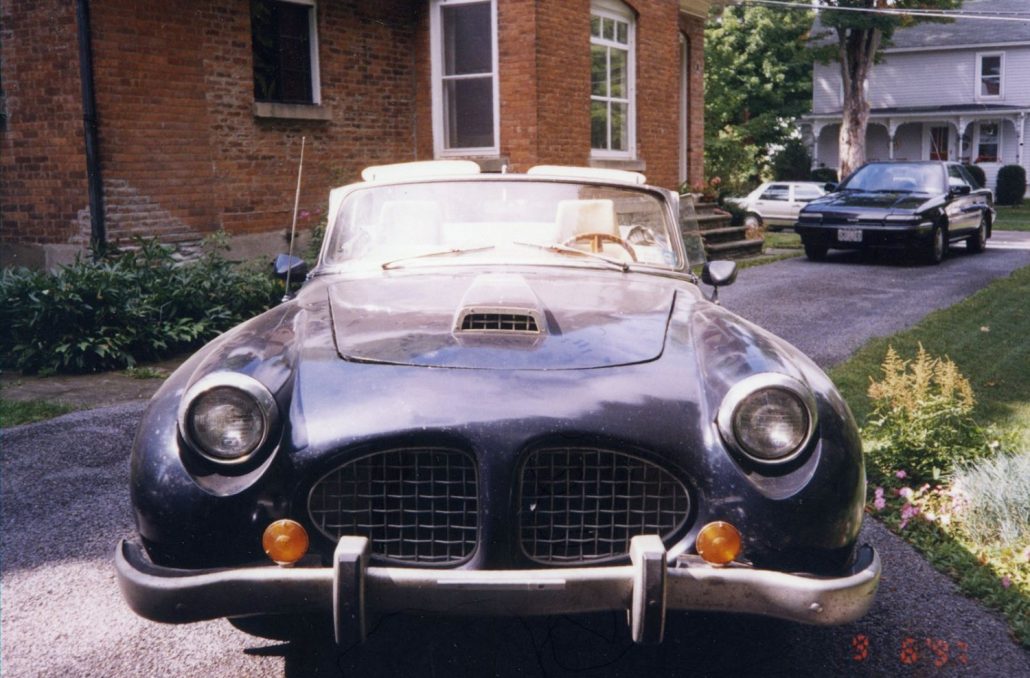 That is understandable.  The curving fiberglass body with its hood scoop and radiator grille looks like a cross between a European sports car and a 1960s Hot Rod.  “Ever since I was a kid I’ve wanted to build my own car,” he said, adding his design ideas originally sprang from high school study hall, “where you’d sit around bored and draw pictures.”

A French teach at Oneonta State, Wellman built the car in his garage over the course of five years.  He cut down frames from two old Chevrolets and welded them together to make a frame with a 100 inch wheelbase – about the same size as the Corvette sports car.  Power is provided by a 1964 Chevy V8 engine.  Other items include taillights from a 1948 Lincoln and a window frame from a 1954 convertible. 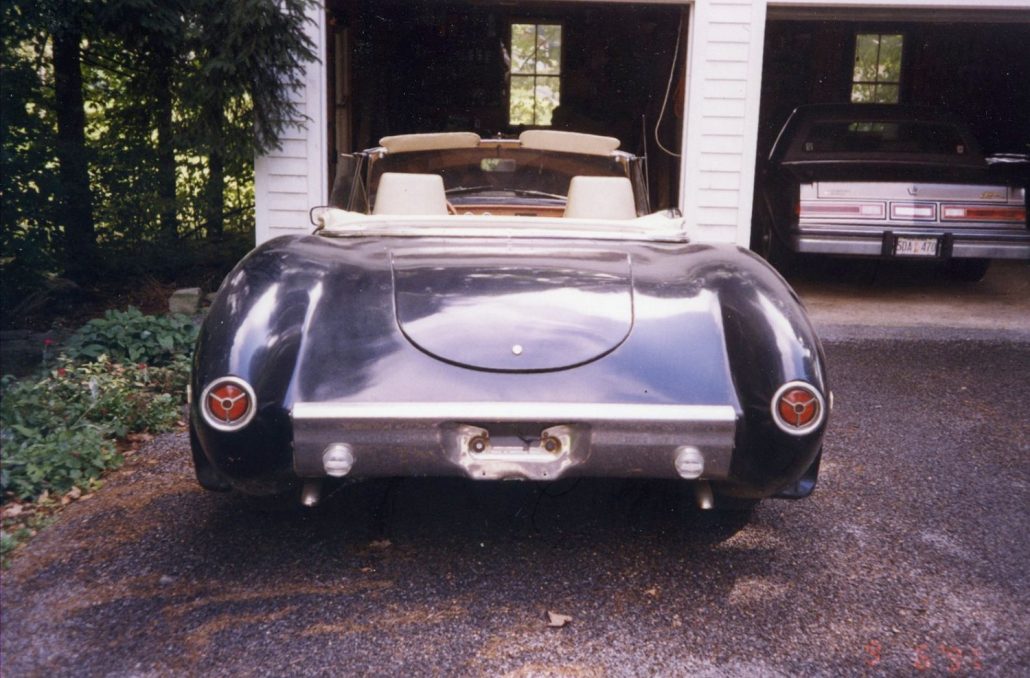 But the body design was pure Wellman imagination.  His direct inspiration came, oddly enough, from canoes.  “I’d been keeping my eye on fiberglass technology all along, and I saw they were using it to make canoes.  It got me thinking, if you can build a canoe out of it, why not a fender?”

He said he was helped in the task of transforming a paper design into an auto body by his engineer father, who had taught him design basics and a process called “lofting” when he was young.  Using the lofting technique, Wellman constructed an interior mold of plywood, screen and plaster.  He then draped several layers of fiberglass cloth over the plaster form, and soaked each layer in turn with plastic resin. 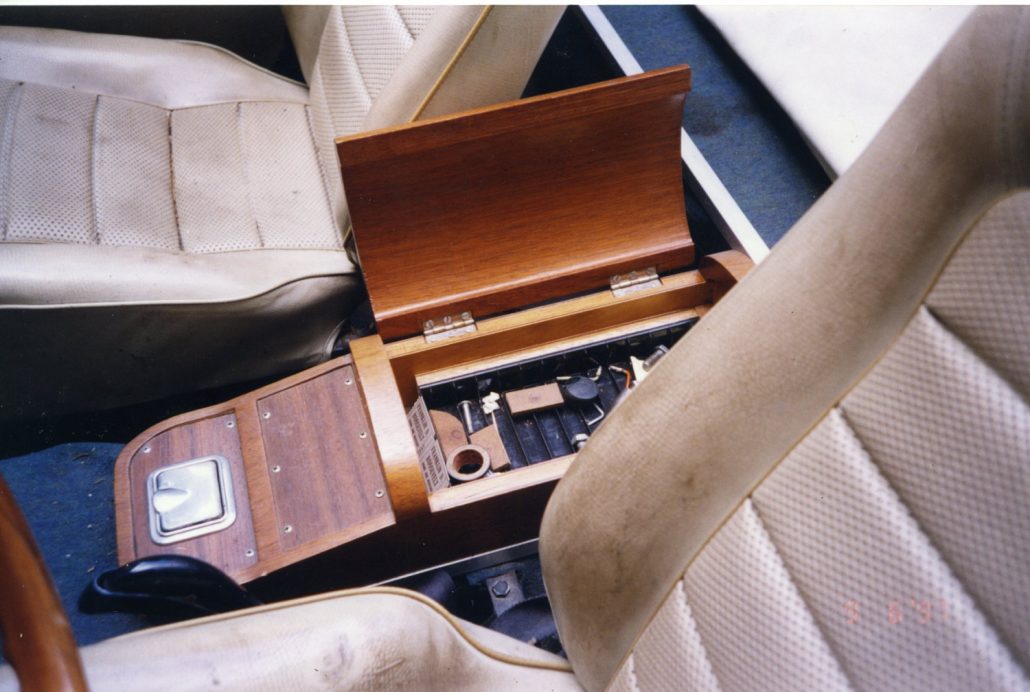 Once the fiberglass hardened, the plywood sections and the plaster were broken up and removed from the inside of the new body.  Heavy gauge aluminum wire abandoned on his property by a power company was woven into a radiator grille by Wellman, a job he said he probably wouldn’t have tackled had he known how difficult it would be. 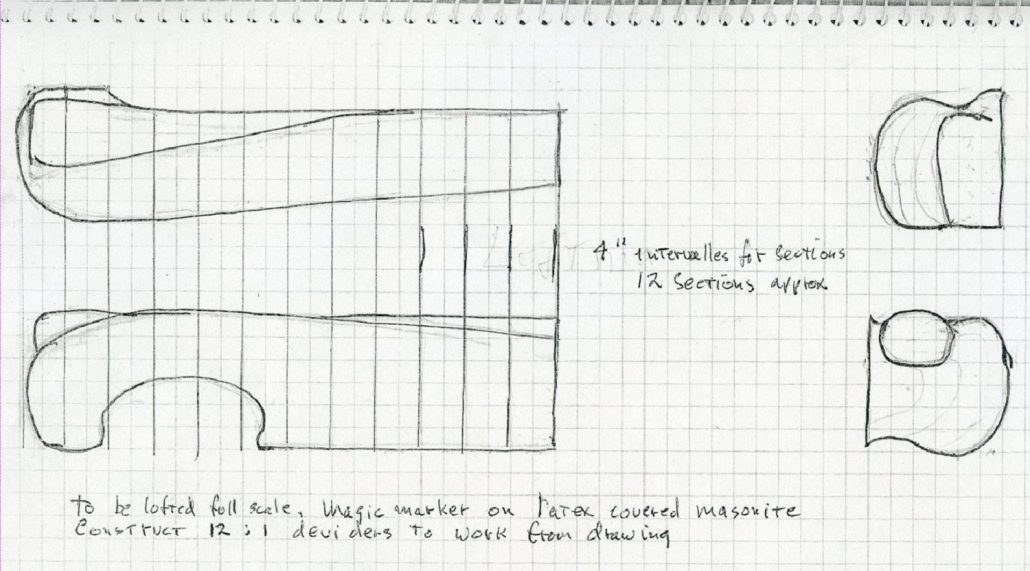 He also veneered dashboard and door interiors with mahogany and rosewood, and fashioned a solid mahogany steering wheel, adorned in the center with a silver “W” the Wellman logo. Wellman said he had to wade through rivers of red tape in order to register the homemade auto with the state.  The car even underwent a police inspection to ensure that none of the parts used in it were stolen, a development, he said, that made him glad he had saved all of his parts receipts.

The car handles well, according to Wellman, and gets about 20 miles to a gallon of gas.  He estimated he has put about 1500 miles on the car since he put it on the road late last summer 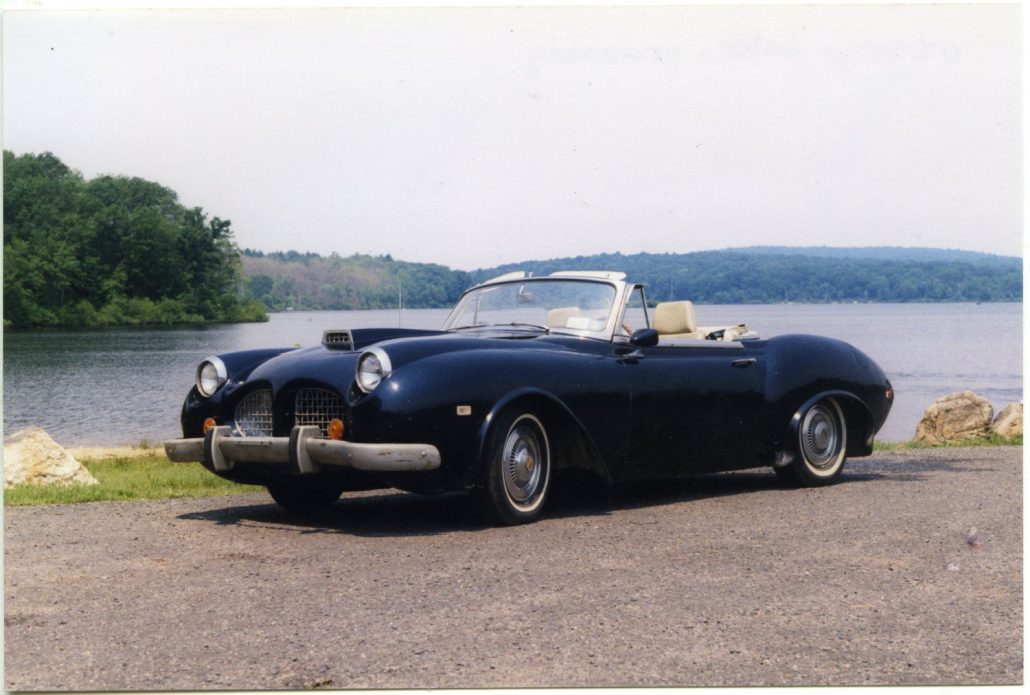 Great thanks to Elaine for taking the time and sharing some of the history of her brother’s car with us.  We look forward to sharing other articles of hers with you in the near future.  As for the Wellman Special, it’s in restoration with other cars here in Tampa, Florida.

Earlier this year, Ralph Smith put it in running condition for us with new brakes, new drums, new battery, rebuilt carb, clean fuel system and other repairs and improvements.  And I’m pleased to say that the Wellman Special is now running and driving again.  Ralph even got the horn to work.  The restoration of the Wellman continues with some fiberglass work to do before anticipated paint (deep metallic midnight blue), and then a new interior.  Never a dull moment here in Tampa, Florida gang. 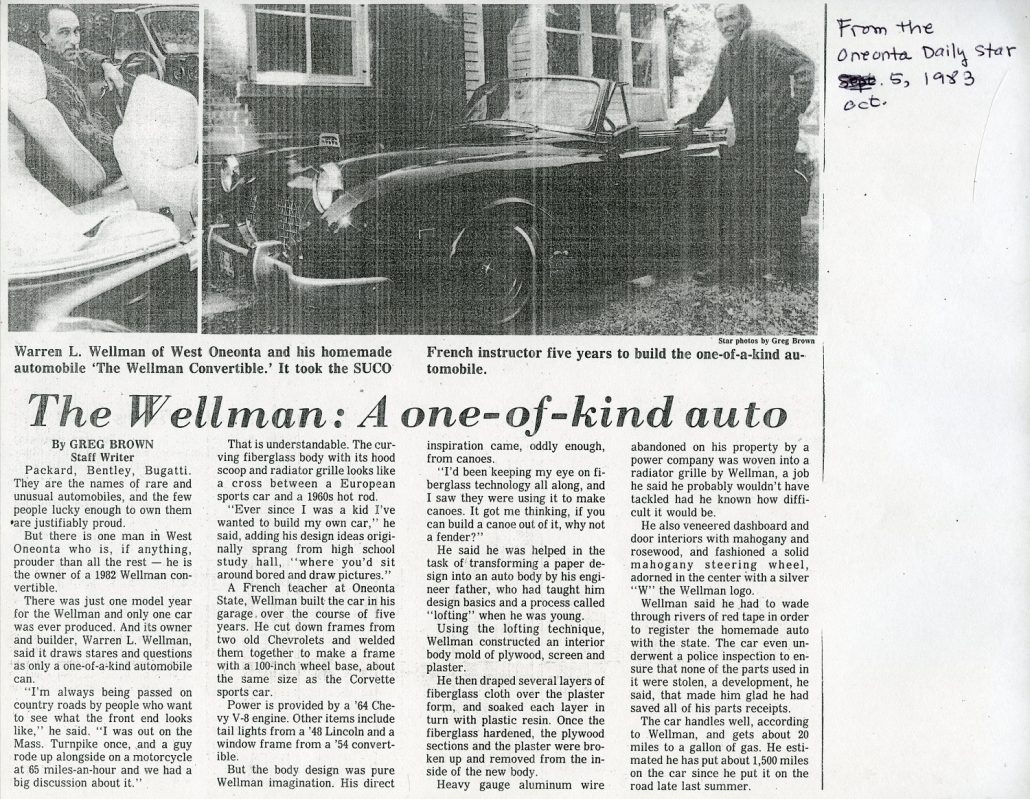