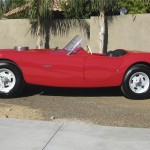 What a Handsome Profile This Jet Powered Woodill Wildfire Has – And The Halibrand Style Wheels Look Great!

That’s what I’ve heard for years about a turbine jet powered Woodill Wildfire.  But if it existed, where was the car?  Wouldn’t someone know of such an out of the ordinary build?  After all, I’ve already located two steam powered Victress S4’s.  And…there was more than one battery powered fiberglass sports car in the 1950’s – including a Glasspar G2 and the Alken.

So…as the old Wendy’s commercial used to go…..”Where’s the Beef?”  Or in this case… “Where’s the jet powered car?”

I first heard of the possible existence of the car from Greg Griffin.  Greg runs the website http://www.woodillwildfire.com/ with his father Ted Griffin.  Both Greg and Ted had heard of such a car, but none of us knew if it was for real or if it existed.

Tracking Down the Jet Powered Woodill:

Then, during a visit with Robert Lugo in Phoenix in 2008, Robert told me that the car existed and was in the Phoenix area – but he hadn’t seen it for years.  We tried locating it in 2008, but his memory of it had faded, and Robert couldn’t locate the house or the owner.  The car had surfaced but then disappeared. 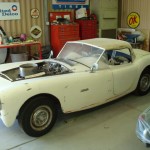 Ken Pierson Found the Woodill Wildfire In Remarkably Good Condition. The Original Fabric Top Was Still Mostly Complete and The Body Was In Excellent Shape.

Enter Ken Pierson of Vintage Motorcars in Mesa, Arizona.  I first heard from Ken in 2008.  He had just located and purchased the long lost M.A. Adams Meteor.   Ken was mighty proud of having located the car, and it’s now in the process of being both preserved and restored.  Click here to learn more about the M.A. Adams Meteor.

But Ken is restless, and in 2010 he called me and said that he had found and purchased the turbine jet powered Woodill Wildfire.

I guess lightning does strike the same place twice.

I started digging around and found an article that Frank Cornell, noted sports car collector and Woodill Wildfire historian, had saved for many years.  I forwarded it to Ken Pierson, and Ken quickly returned an e-mail to me with the following note:

“Hi Geoff, Thanks for the article. I did find out the car was a turbine car when it was at various concours in the sixties. I have 4 placards from different concours where it is listed as a turbine. I also have a inter-office memo from McDonnell Douglas on company letterhead listing info on the car and telling the company it was going to be at the Santa Monica Concours d’Elegance, 1967. Thank Ken”

Let’s take a look at the newspaper article first: 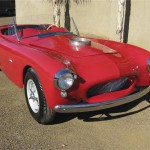 The Front 3/4 Profile Looks Like a Standard Woodill Wildfire – Save for the Headlight Bezels – But They Were An Original Feature That Don Lilley Used on his Special.

I discussed the car with Frank and he referenced an article in his collection about the turbine powered Wildfire.  So far, this is the only article we’ve been able to find.  It appears to have been written in September 1967.  I mention this hypothesis because the article discusses the show where the Wildfire will appear – the Santa Monica Concours d’Elegance.  And then it identifies that the car will appear in the Concours “next Sunday.”

Paperwork that came with the car included a memo, as Ken Pierson identified above, discussing the Wildfire’s appearance at the concours on Sunday October 1st, 1967.  So this places the newspaper article somewhere around late September 1967.  In addition, the location of the story is set in “Santa Monica”, so most likely this is from a California newspaper.  Here’s the article – repeated in its entirety.  A copy of the article also appears in the picture gallery below.

“Driving his car is a (jet) blast (Santa Monica)

Think those Detroit experimental turbine cars are something?  “Heck no,” says Don E. Lilley, who’s been driving his own turbine car since 1963.  Lilley, a Structures Mechanic in DC-8 and DC-8 Assemblies here, designed and built his “Wildfire” over a four-year period.

The free-turbine-type engine was assembled from components obtained through surplus sources.  It develops 310 horsepower at 37,500 revolutions per minute and pushes the Wildfire at speeds nearing 140 miles per hour.  The body is a special plastic unit, completely modified by Lilley.  The frame was specially built by him to accommodate the turbo powerplant. 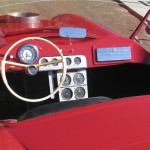 Close Up Picture of the Dashboard Reveals Additional Instrumentation Needed to Control and Monitor the Sophisticated Jet Engine Under the Hood.

The Wildfire has been clocked on a dry lake bed at 137mph by racing driver Lynn Anderson, who reported that all systems worked  perfectly.  Additional speed could be obtained, he said, through altered gear ratios.  Since its completion in 1963, the car has won special recognition in several sports car club shows.

The Wildfire will be displayed Sunday at the Santa Monica Civic Auditorium in a Concours d’Elegance sponsored by the California Sports Car Club.  For employees wishing to build their own turbine runabouts, Lilley will be on hand during the show.”

Don E. Lilley, (employee number) A-584, Structures Mechanic DC8-9 Assemblies, is the builder and owner of one of the few Turbo powered automobiles in the world.  His skill and knowledge of mechanics and machinery has made it possible to build this Turbo car.  The Free Turbine type engine was assembled from components obtained from jet supplied surplus stores. 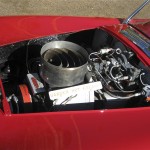 Close-Up Of The Turbine / Jet Engine Reveals High Technical Detail – A Skill That Was Right Up the Alley For Donald E. Lilley – The Original Owner and Builder.

The engine develops 310 horsepower shaft output at 37,500 rpm.  A free turbine type engine, similar to Don’s was used by Andy Granatelli at the Memorial Indianapolis Races.  The body is a manufactured plastic type, completely modified by Don.  The frame was specially built by him to accommodate the turbo car requirements.

This turbo car which Don calls the Wildfire, was clocked for speed on the Dry Lake Bed course at 137 mph by Lynn Anderson – a Sprint Car Racer.  Lynn said the car and turbine worked perfectly and by altering the gear ration, more speed could be obtained.

Don started working on his turbo car in 1959 and had it completed in 1963.  It has been entered in several Sports Car Club Concours events in Southern California and has won special recognition in these events.  The car will be displayed at the Concours d’Elegance Santa Monica Civic Auditorium on Sunday October 1st, 1967, sponsored by the California Sports Car Club of America.  Don will be there to demonstrate the many special features he has built into his sporty dream car.  Happy flying Don.

Ken Pierson found his jet car in 2010 and began restoration immediately.  Ken owns Vintage Motor Cars of Arizona and prepared the car for the Barrett Jackson auction in early 2011.  To the best of my knowledge, it’s slated to be on the block Saturday evening – January 22nd, 2011.  It may be on TV – what a treat that would be!  Here’s the write up on the auction site:

And how does it sound?  Check it out for yourself on this cool video that Ken forwarded to me earlier this week.  The sound of the engine is unbelievable.  The video is less than a minute long and shows the car warming up and then pulling away.  Here it is:

This weekend should prove interesting at Barrett Jackson.  Watch out Johnny Dark and the Idaho Special….the Turbine Powered Sportster built by D.E. Lilley is coming right at ya!  As for Ken Pierson’s next find, I hope lighting strikes a third time for him – and I can’t wait to see what he finds.

And for the rest of us out there….who will be the next to make a wild find like Ken?  You could be next! 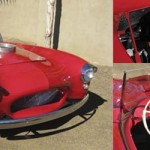 Ken Pierson Found the Woodill In Remarkably Good Condition. The Original Fabric Top Was Still Mostly Complete and The Body Was In Excellent Shape Too. 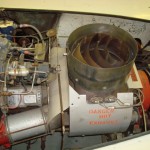 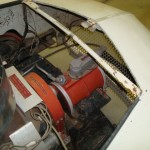 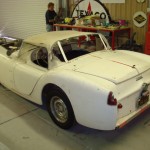 The Front 3/4 Profile Looks Like a Standard Woodill Wildfire – Save for the Headlight Bezels – But They Were An Original Feature That Don Lilley Used on his Special. 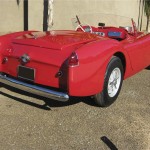 What a Handsome Profile This Jet Powered Woodill Wildfire Has – And The Halibrand Style Wheels Look Great On It Too!

Close-Up Of The Turbine / Jet Engine Reveals High Tech Detail – A Skill That Was Right Up the Alley For Donald E. Lilley – The Original Owner and Builder.

Close Up Picture of the Dashboard Reveals Additional Instrumentation Need to Control and Monitor the Sophisticated Jet Engine Under the Hood. 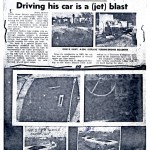