——–
Note:  This is the second in a series of articles on the Robert Jackson sports car.  Click here to review all articles in this series
——–

The more you dig into the magazines of the ‘50s, the more information you find.  It’s like having multiple copies of the same issue – each time you go back and review the same issue….you find more.  That’s what happened when I found today’s article about Bob Jackson and the progress he was making on building his own sports car.

Up until today, I never knew that Jackson made more progress than the questions he raised in the first article I posted here at Forgotten Fiberglass.  Be sure to click the link at the top of the story to review his first questions that appeared in Hop Up Magazine in April ’53.

And progress he did make!

Let’s have a look and see what a completely different magazine – Motorsport – published about Robert Jackson’s sports car in the making in June 1953. 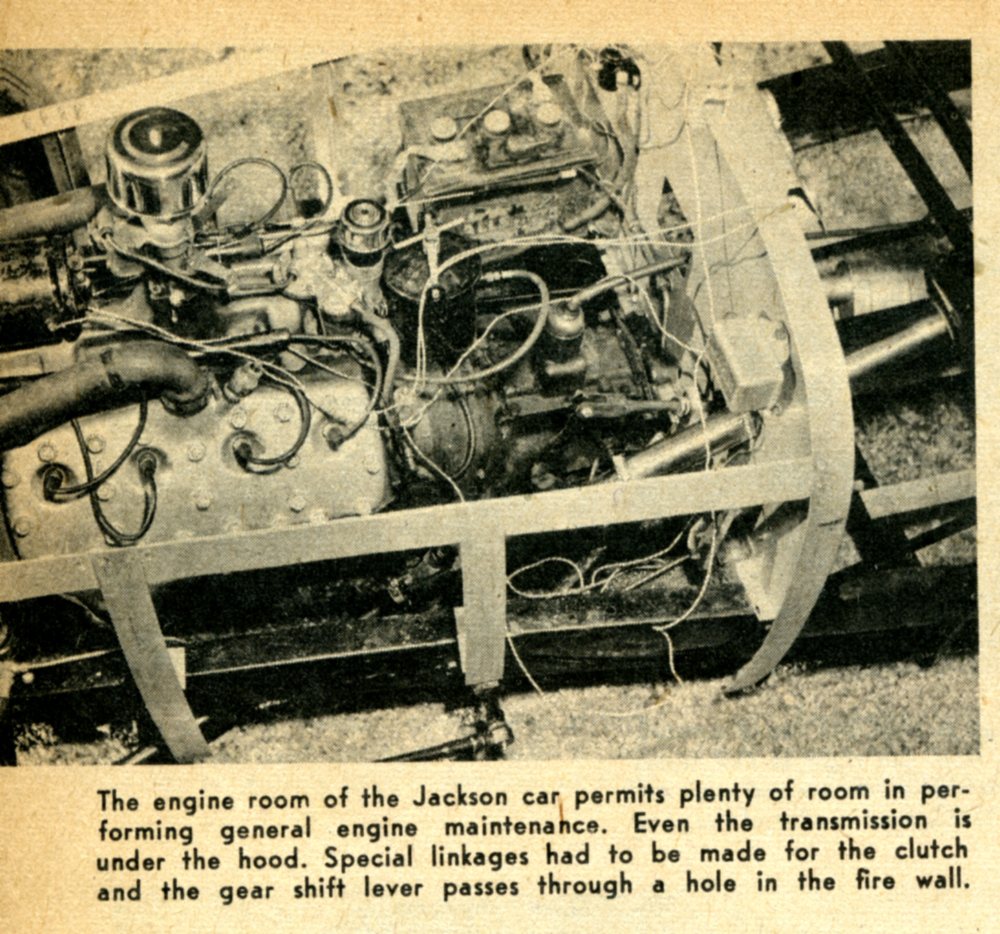 Careful Planning and Cooperation Are Important Success Ingredients In The Home-Building Of A Sports Car
Probably the biggest factor in Bob Jackson’s success in building the type of sports car he wants has been the complete cooperation of Mrs. Bob in the whole project.  Mrs. Bob is just as enthusiastic, if not more so, than Bob himself and anyone who has dabbled in this sort of business can appreciate that solves more than half the problems.

There were, however, two other important items that have a bearing on the final job.  First Bob knew what he wanted to end up with, and second he took time out to carefully plan to get that with the least lost motion and expense.  He studied what others had done and decided to reverse the usual procedure.  Most fellows, he points out, buy a basic car to work with and then start to rebuild or soup-up the engine.  When they have built about twice as much power into the engine as the chassis was originally designed to handle, they start to modify the chassis. 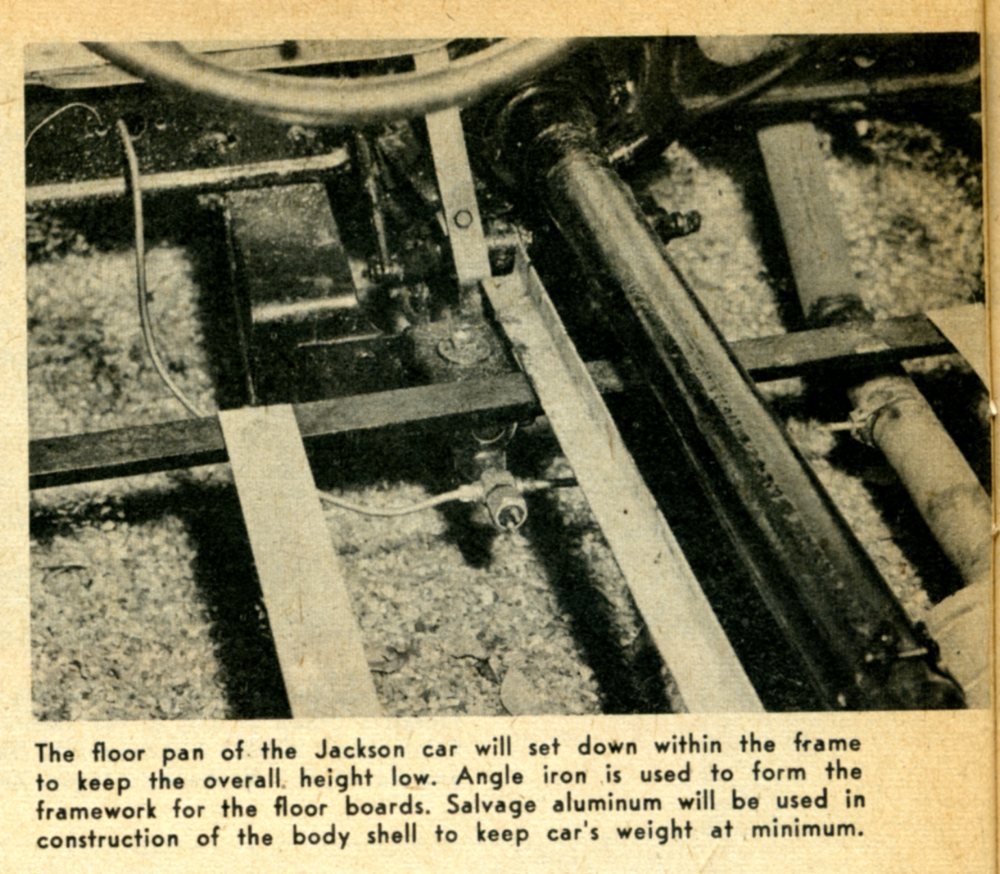 Here, too, in many cases modifications are made where the owner thinks they are needed and the end product usually reflects a series of changes in direction that were made from time to time as needs dictated.  Bob wanted good appearance in the end as well as good performance.  He bought a 1932 Ford V-8 with the engine in fairly good condition.  The engine was overhauled and put in good running order but no extra equipment was added.  The same treatment was given the clutch, transmission and rear end.  Up to now the running gear as such is stock.

He lowered the entire assembly by using a dropped front axle and Z-ing the frame at the rear.  The front cross member in the original chassis was replaced by a truck type member and engine mounts were changed so that while they now accommodate the ’32 powerplant, later model engine can be installed with no difficulty.  The original wheelbase has been retained which eliminated the need for shortening the propeller shaft. 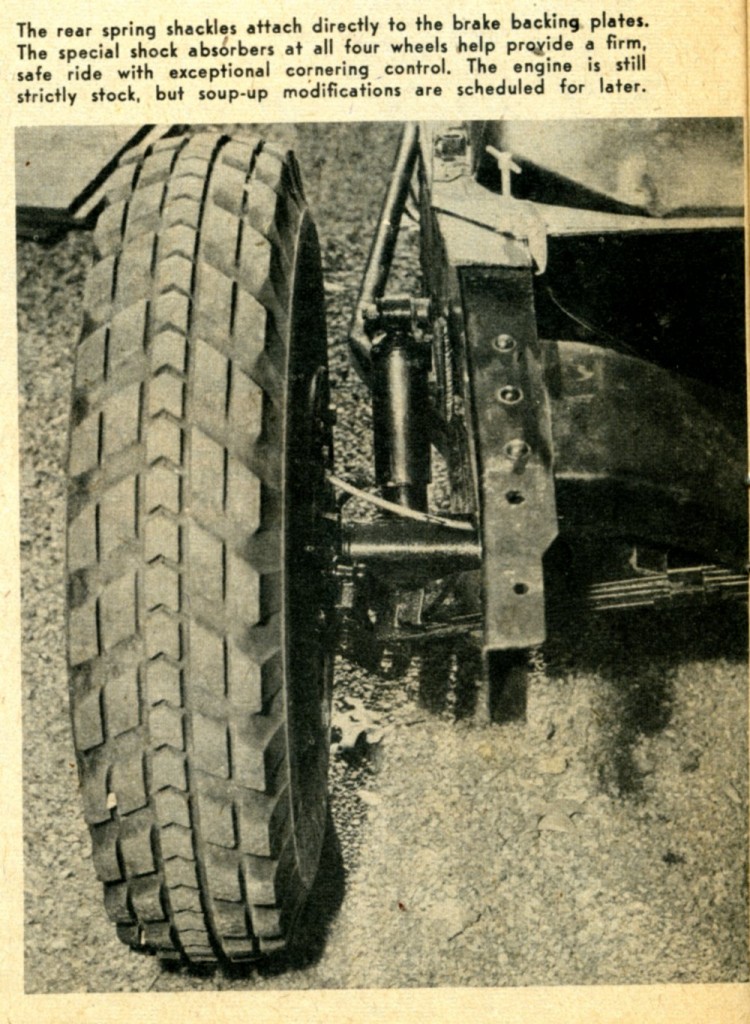 The rear springing arrangement is rather ingenious with the spring shackle for the transverse rear spring mounted on the backing plate of the rear brake and in rear of the axle.  Double acting EZR shocks are attached to brackets on the front of the backing plate just ahead of the axle and attached directly to the outer side of the frame rail.  Radius rods keep the rear axle in good alignment.  The whole assembly provides an exceptionally stable ride, so much so that Bob was able to remove three spring leaves from the rear spring and still have good stability and a softer ride.

The front end set up is a little more conventional but the spraddle mounting of the shocks controls sidesway as well as up and down movement of the spring.  Because the floor in the new car is designed to be carried the lower part of the frame side.  Up to now, the changes made, in spite of the fact that the running gear is strictly stock have greatly improved the performance of the car, particularly in regard to its handling qualities. 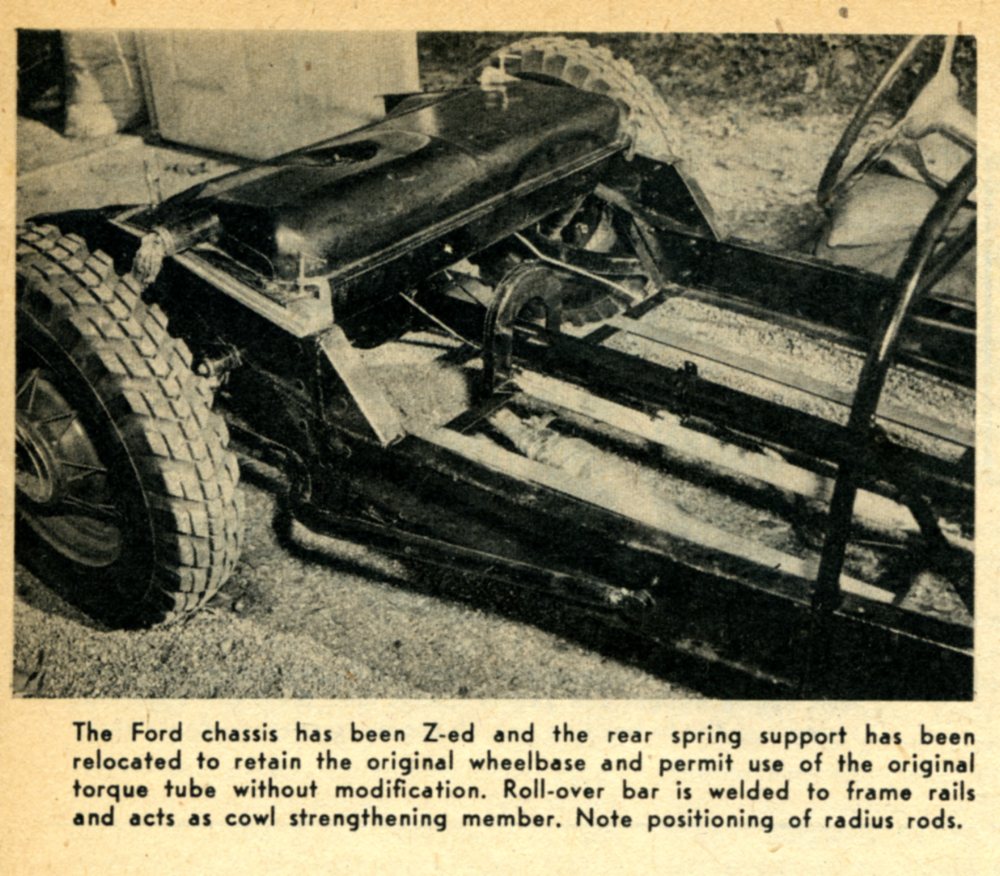 Bob is now wrestling with the sheet metal work but from the early beginning shown herewith it should not present too much of a problem for him.  The material will be sheet aluminum which he is able to obtain from the salvage department of Republic Aircraft at quite reasonable rates.  For a final product Bob wants a neat, clean-looking job that will perform well and at the same time provide a comfortable ride.  He wants it to have sports car lines and performance but is not designing for competition.  As one of the first MG owners on Long Island he has a pretty good idea of what a sports car should have.

If his present body plans work out as pleasingly as he hopes they will he will then start to work backward to soup-up the engine and running gear to get better top operation.  At present he wants only a well-balanced car from both a performance and appearance standpoint.

Up until this morning, I didn’t know there would be a part 2 so the search continues.  Robert was making quite a sports car and the “build” looked at the highest level.  Anyone want to go on an auto-archeological research trip?  Perhaps some of the founding members Long Island Sports Car Club might have stories of Robert Jackson’s car?

Research may take effort, but the clues where to start are always in the stories we find.  And if you are up to the challenge and take this on, what a story – and a car – you might find and be able to tell the tale. 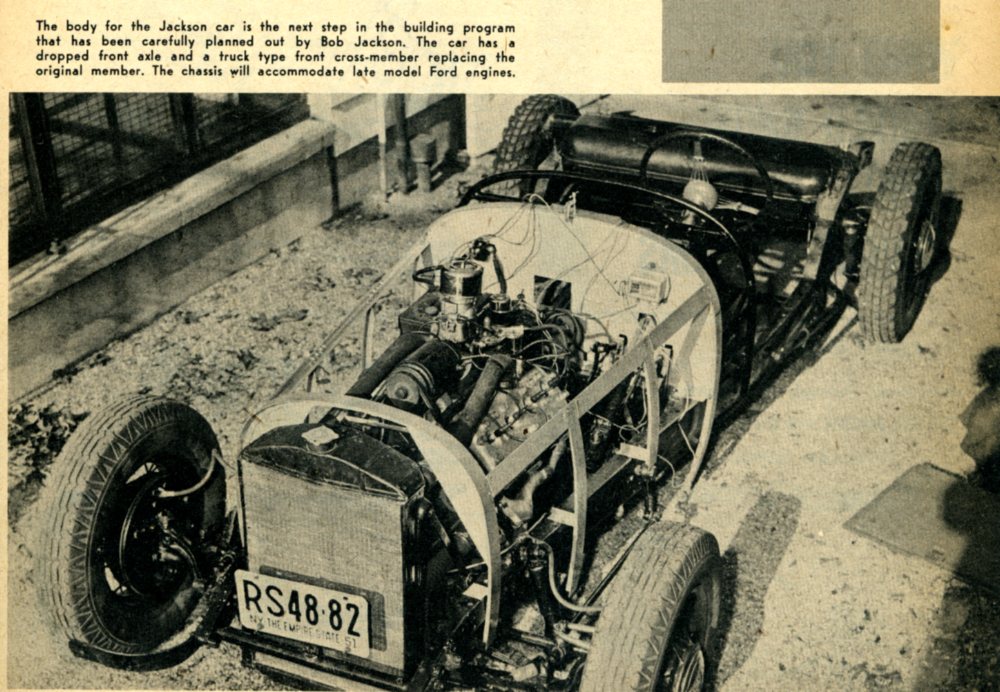 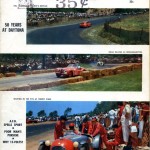 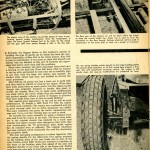 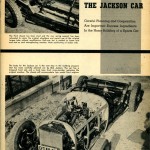 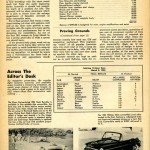 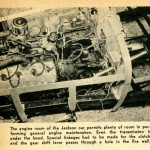 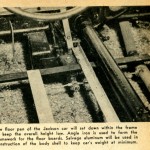 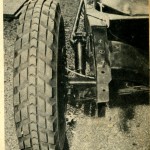 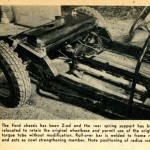 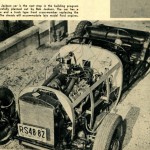 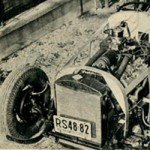