What a great story and fantastic fiber car of yesteryear – and it survives today as a beautifully restored sports car.

Gordon White wrote of this car in his 2001 book, Kurtis-Kraft: Masterworks of Speed and Style, and shared the following:

“One of the few 500Ms to compete in other than a stoplight drag was Bob Christie’s Nash-powered Kurtis.  Christie, of Medford, Oregon, ran it in the 1954 Carrera Panamerica and was doing well until the supercharger overboosted the engine and melted several pistons.”

A Kurtis fiberglass sports car with racing history to boot?  It can’t get better than this gang.  Let’s take a look at what Motor Life had to say about this car back in ’55. 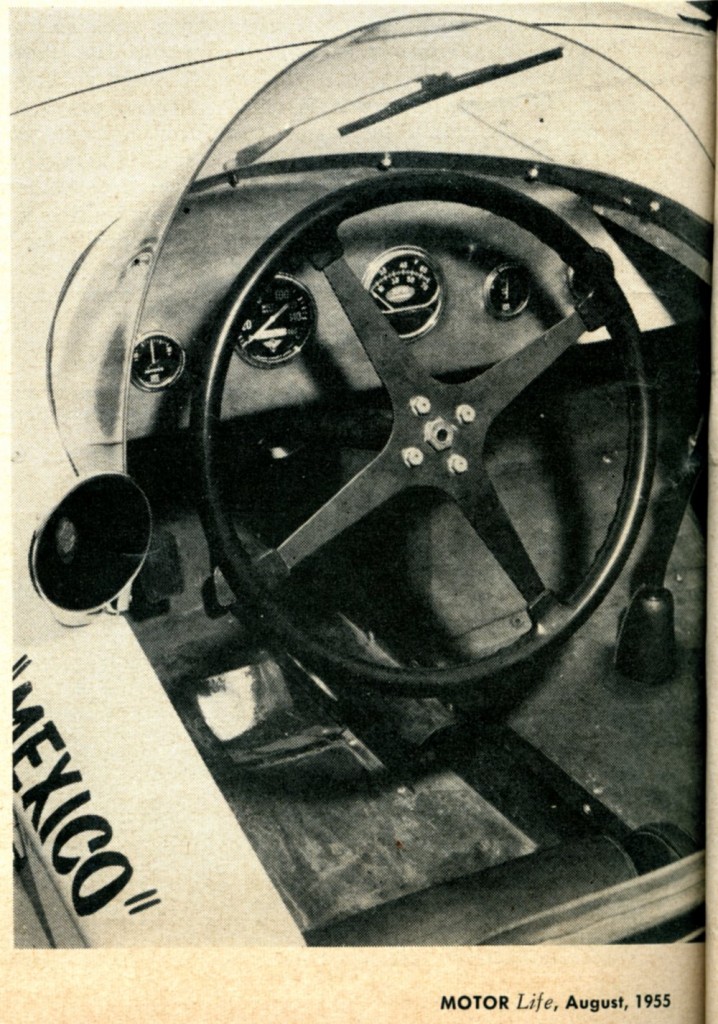 Sports car events in the Northwest are sure to have added interest during the 1955 season.  Why?  New cars and new drivers are making their debut.  The unlimited class, especially, is being attacked by new specials, Mercs, Kurtis’s and Ferraris.

One of the most interesting of these newcomers is the Kurtis 500 belonging to Jim Flanagan’s Automotive, of Portland, Oregon.  The car was originally assembled for Bob Christie of Medford, Oregon.  Bob entered and raced the machine in the 1954 Mexican road race.  He paced the leaders until overheating due to a full belly pan forced his retirement. 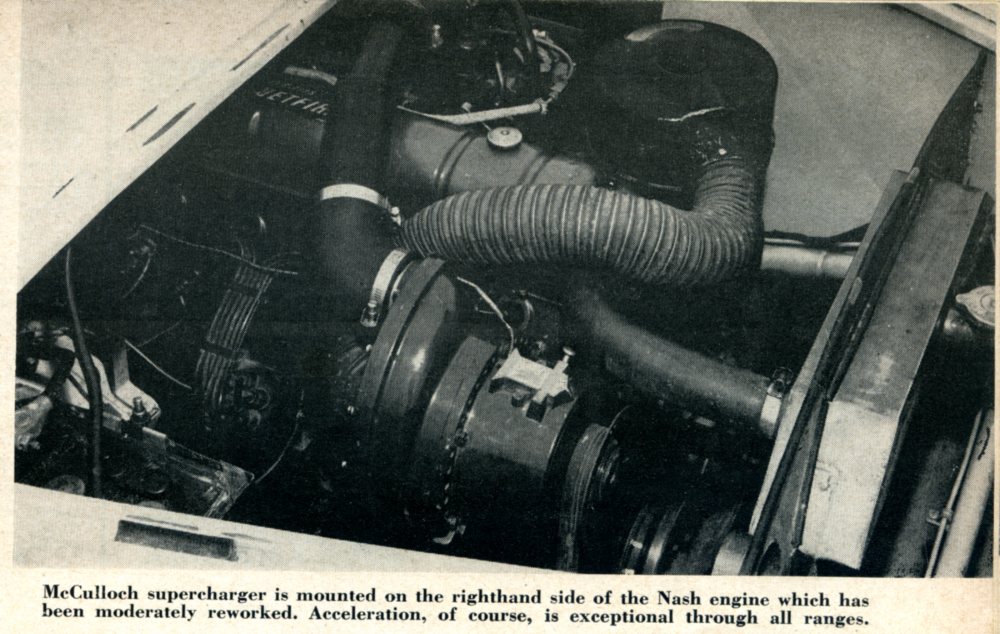 The open-bodied sports machine was returned to its home state and subsequently was purchased by Jim Flanagan.  Jim plans to enter his new found sportster in every major sports car event open to the unlimited class.

Close scrutiny of the low cut vehicle reveals a late version, Kurtis built-up tube chassis complete with torsion bar suspension.  Power plant is a modified Nash LeMans Jetfire overhead valve six.  A McCulloch variable ratio blower has been added to the normal induction system which consists of two side draft Carter carburetors.  The engine has, of course, been balanced and its ports cleaned and polished, but otherwise remains practically as delivered from the factory.  Gearbox, Warner overdrive, differential and braking system are all stock Nash-Healy items.

Most noticeable features about the car are its quiet operation, tractability in city traffic, and fantastic acceleration.  The 3.58 gear ratio coupled with the overdrive give an exceptionally good top speed. 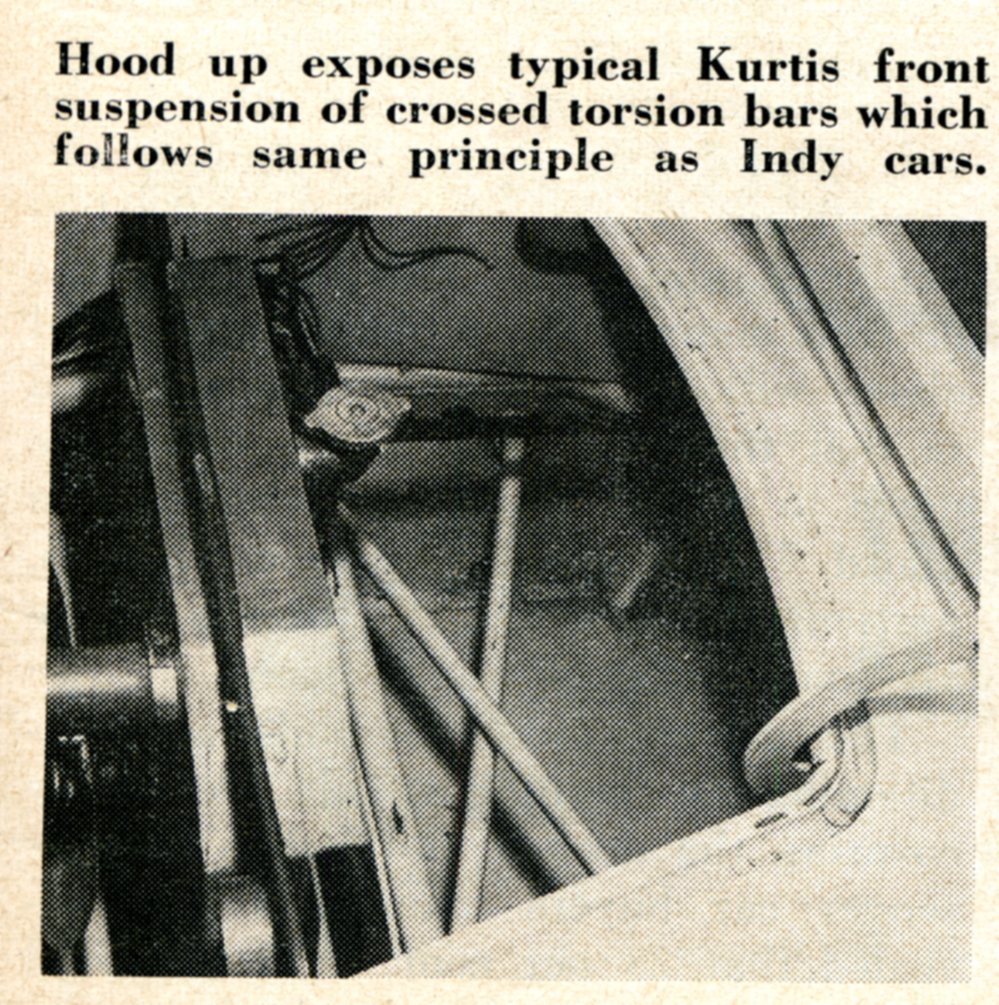 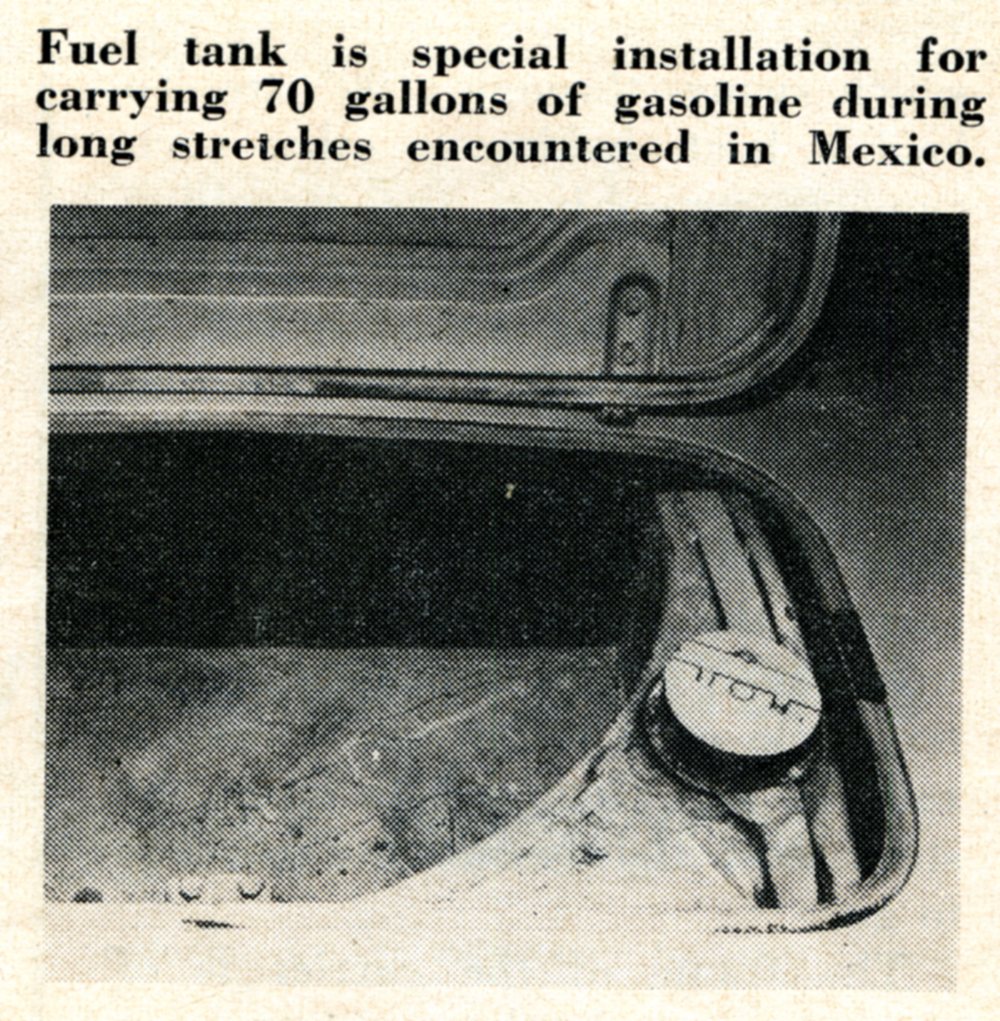 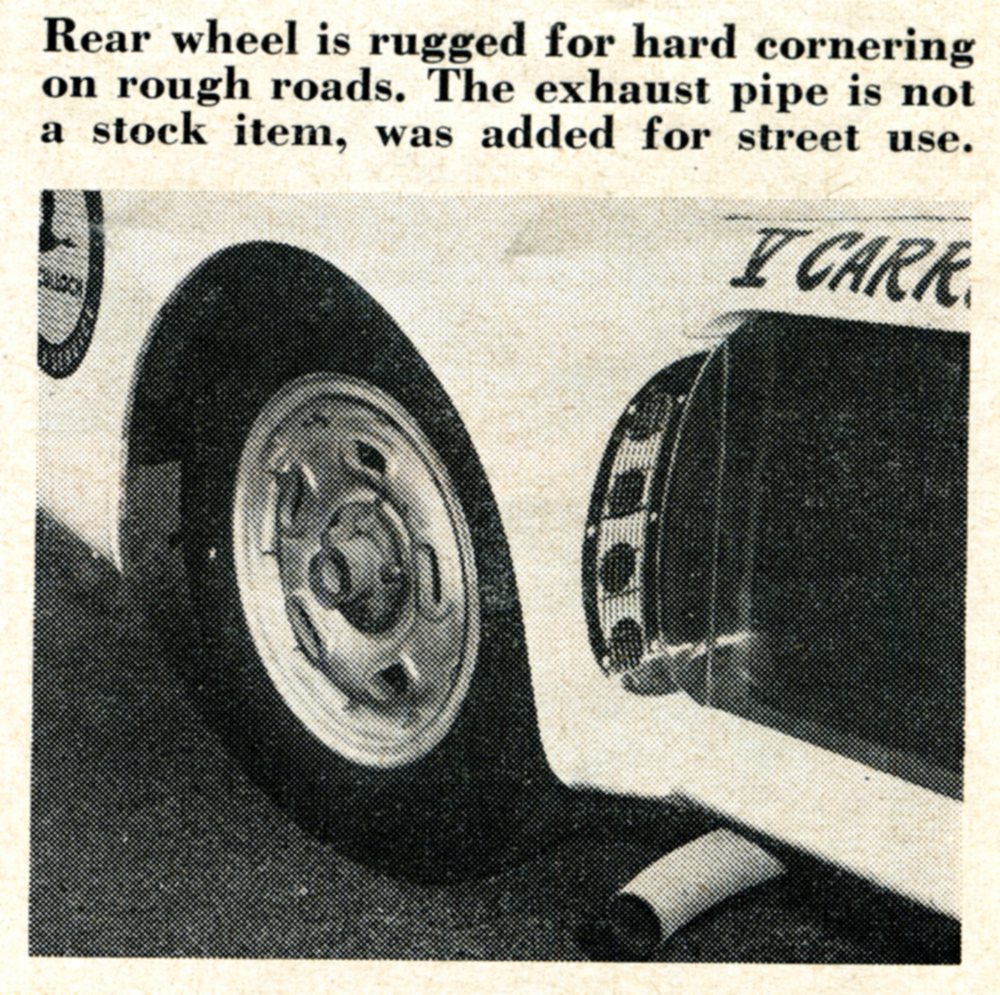 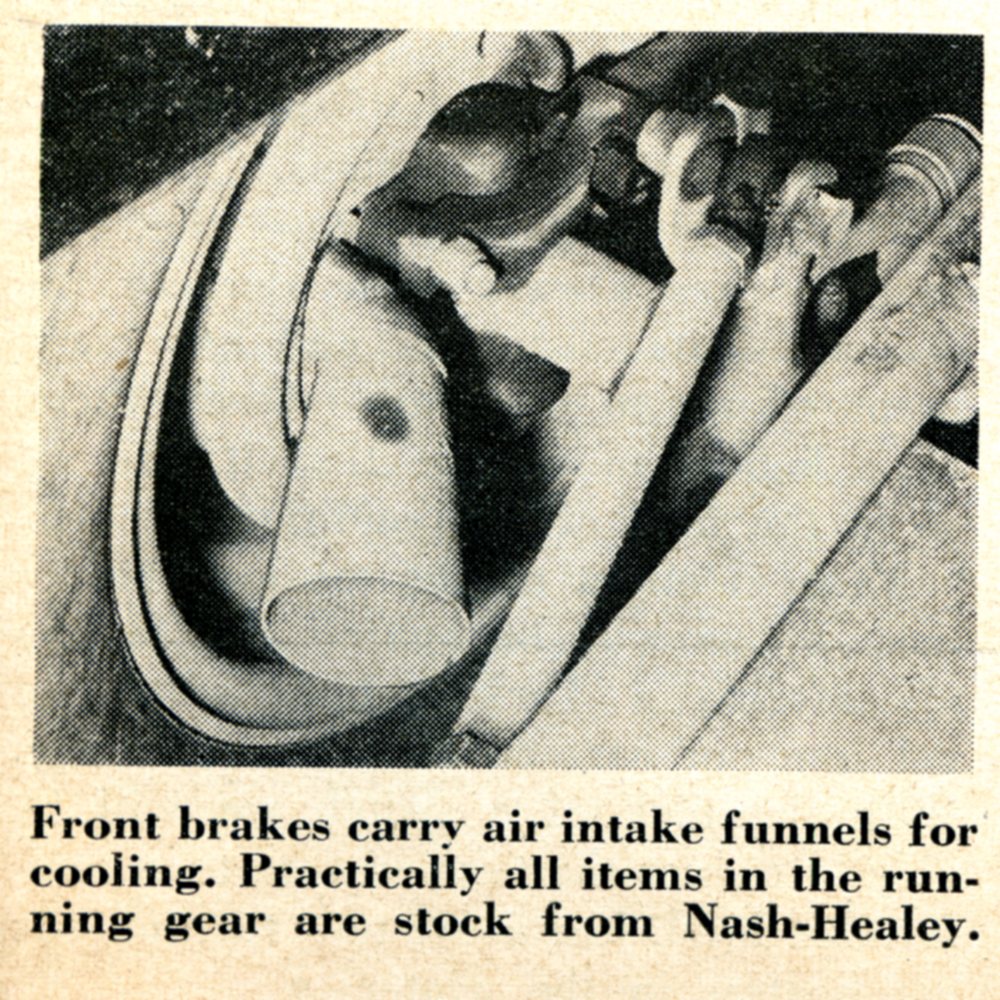 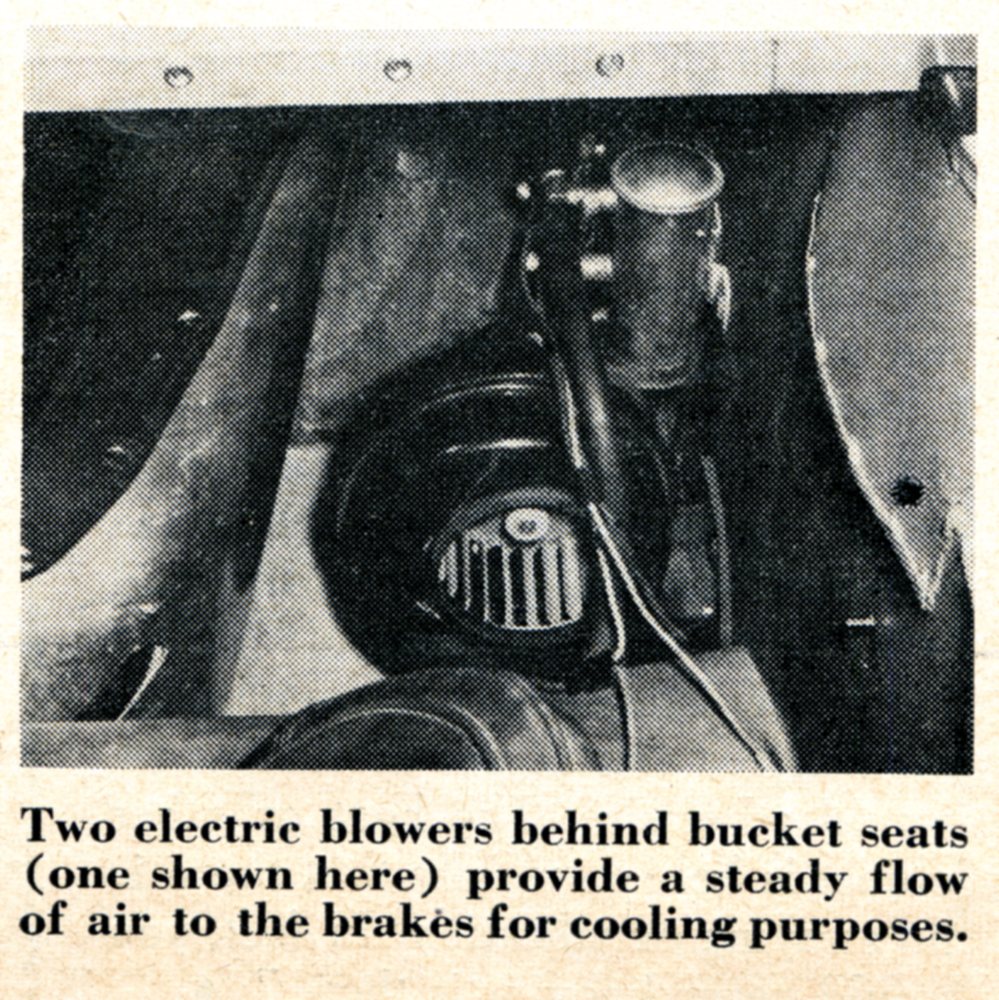 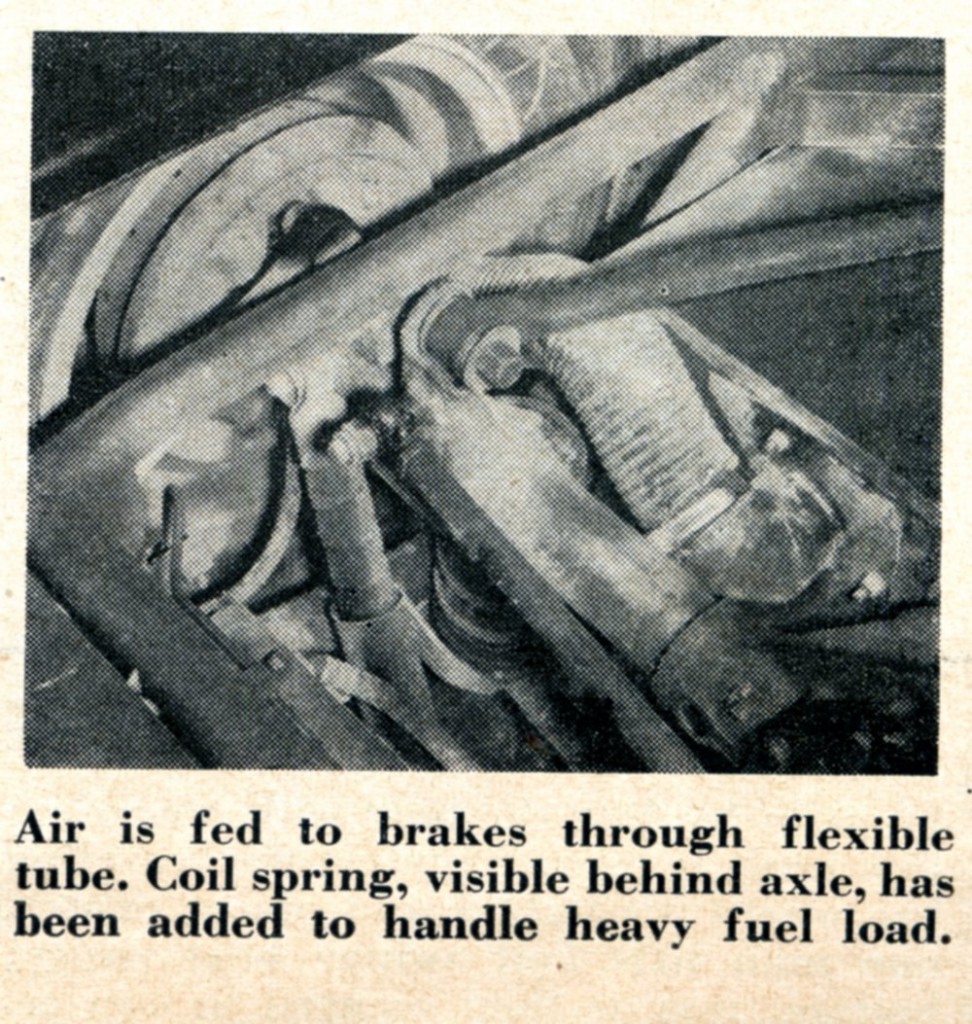 Interestingly, in his book Gordon White expanded a bit on the number of Kurtis 500KK chassis built and the Kurtis 500M cars too, as follows:

“Kurtis said in 1966 that he made 60 500 kit chassis of which 18 were built as complete 500M chassis by the ill –fated Kurtis-McCullough Sports Car Company and were equipped with McCullough Motors Corporation fiberglass bodies.  The rest (of the Kurtis 500KK chassis) had Glasspar, Victress, Allied, Woodill, Sorrell, Byers, Bangert, or other fiberglass shells on them.  Kurtis estimated in 1982 (probably optimistically) that another 50 or so were sold as parts.”

We’ll have to check with Gordon but it sounds like the optimistic estimate by Frank Kurtis of “50” chassis being sold as parts were sold as complete chassis to individuals building their own cars.  And as such, car guys back then would have built most of them with Glasspar, Victress, Allied, Woodill, Sorrell, Byers, Bangert, Meteor  or custom fiberglass bodies.  We’ve even found a few with beautiful aluminum one-off bodies.

So our best estimate at this point is that 18 Kurtis 500M cars were built and subtracting these from the “50” figure gives us about 32 Kurtis 500KK chassis out there that were bought by individuals to build their own cars.   Sometimes these were finished (think of John Furlow’s Byers and Dudley Cunningham’s Meteor), and sometimes not.

As always, research continues and we’ll work on refining these figures with vetted information as we locate it. 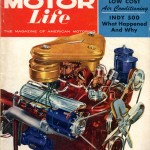 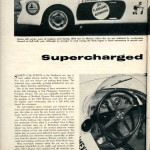 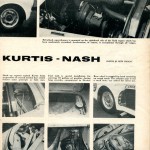 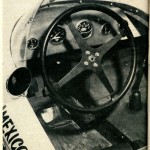 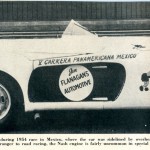 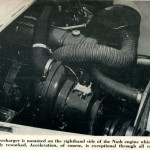 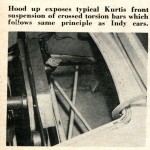 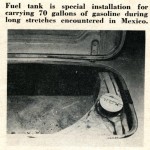 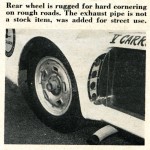 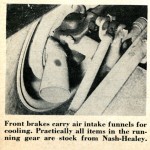 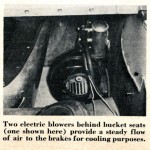 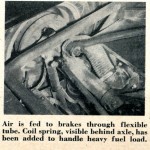 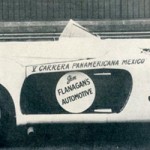