I first wrote about this Wildfire when it was spotted at the 2014 Retromobile Show in Paris, France.

Since then we have become friends with the new owner, Jiri Jirovec, and he has brought his Wildfire home to Pizen in the Czech Republic.  I bet it’s the only Wildfire in that country!

I’ve Always Loved The Look of this Wildfire

Jiri has kept the car in its original Euroean barn-find condition.  He bought it back in 2014 from someone who had brought it to Europe in the late 1980s, and it looks like a perfect barn-find from that era.  To me, this Wildfire has some styling points that really made the car “pop” back when it was built and even now.  These include:

But what really sets this Wildfire apart from others is the windscreen – a wrap around from the 53-55 Corvette.  It changes the entire look of the car.

Most pre-1955 handbuilt sports cars emulated the 1948 Jaguar in many ways including the windscreen.  Two big pieces of flat glass set in a stylish frame.  Dick Jones was one of the first to fit his Meteor SR1 with a wrap around windscreen on his cars but Vette frames were few and far between in 1953 so he glued his in place on the body – set in a metal hand fabricated channel. 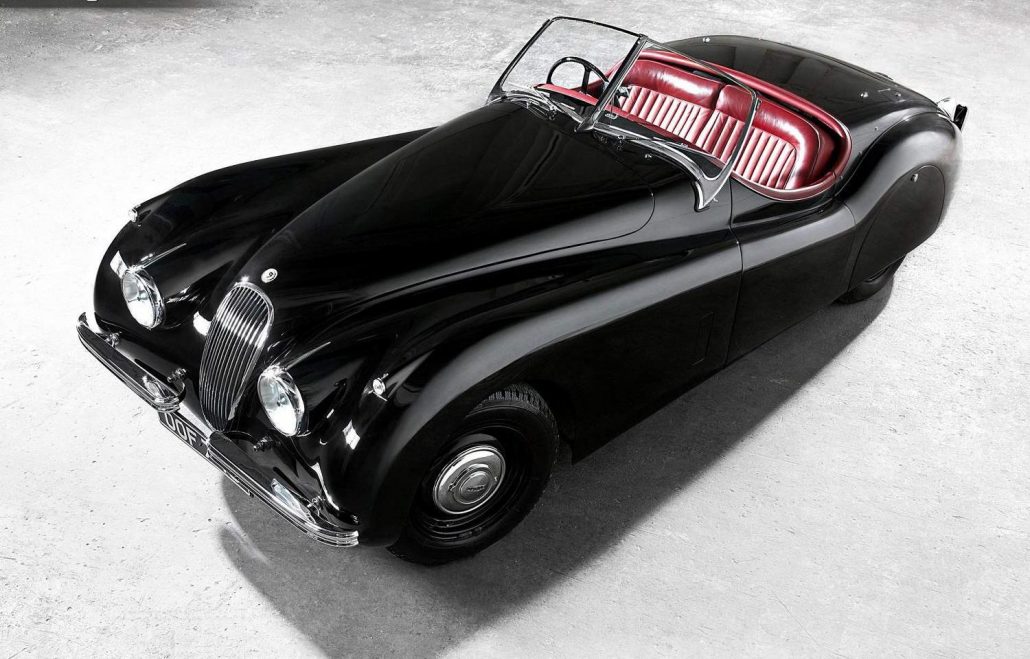 Victress S1A sports cars, Glasspar, Woodill and more all used flat glass and some of these cars used stylish Jaguar-like glass frames too.  Unfortunately, the handbuilt cars of the 50s would have benefited from more wrap around windshield and not the flat kind.  Timing is everything gang.  The Glasspar came out in late 1951, the Woodill and Victress S1A in 1952.  And in 1953 GM introduced the wrap around windscreen on:

So here with the Wildfire that Jiri has in the Czech Republic you see something different – a rare example of how the look of the Wildfire changes with a Corvette screen and frame.  Let’s have a look at some photos below. 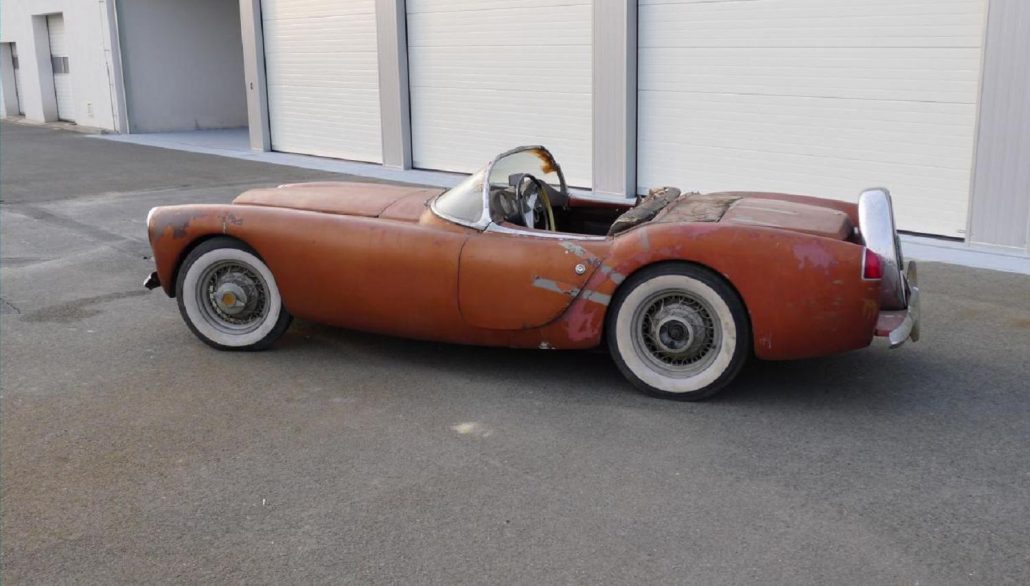 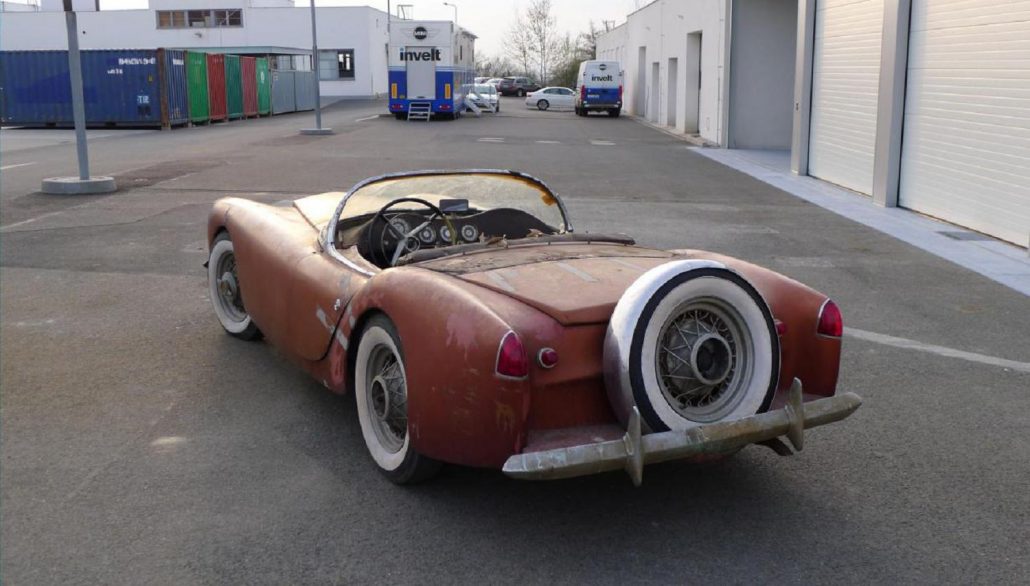 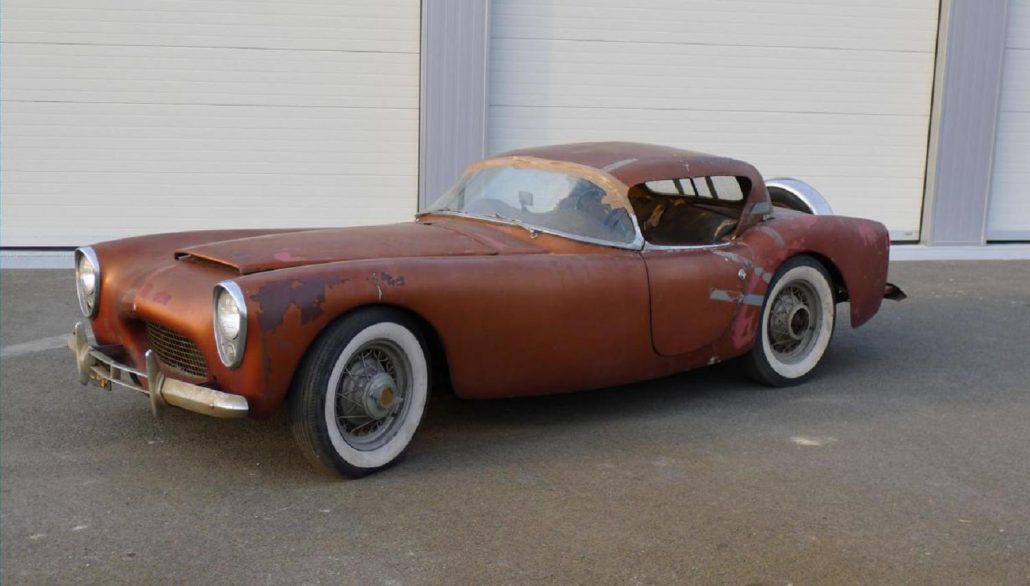 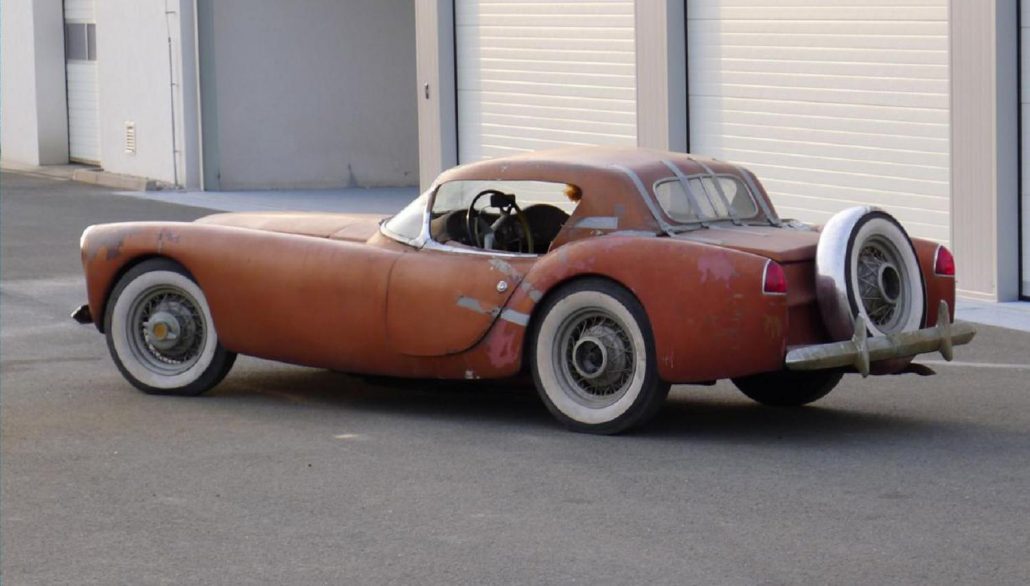 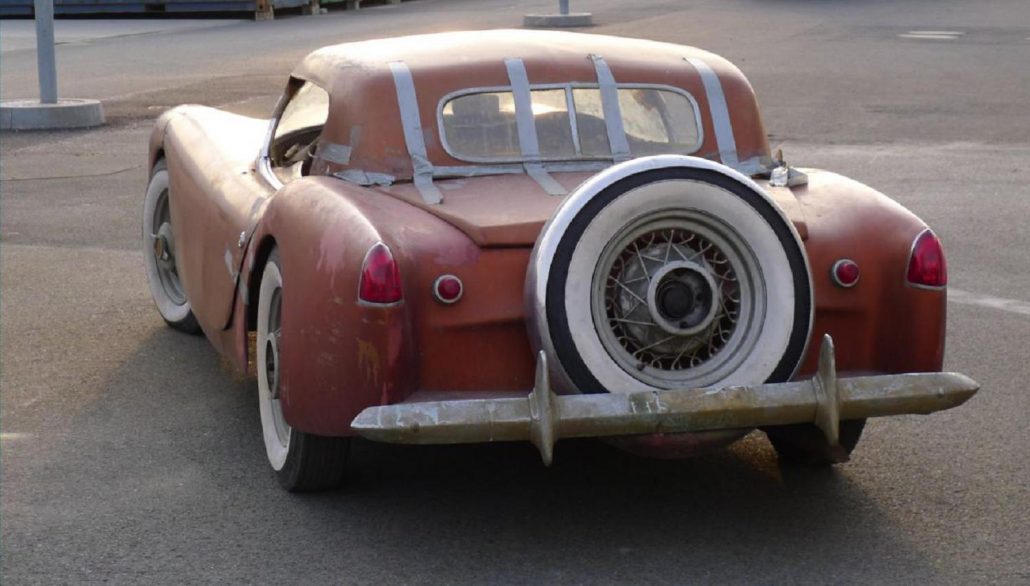 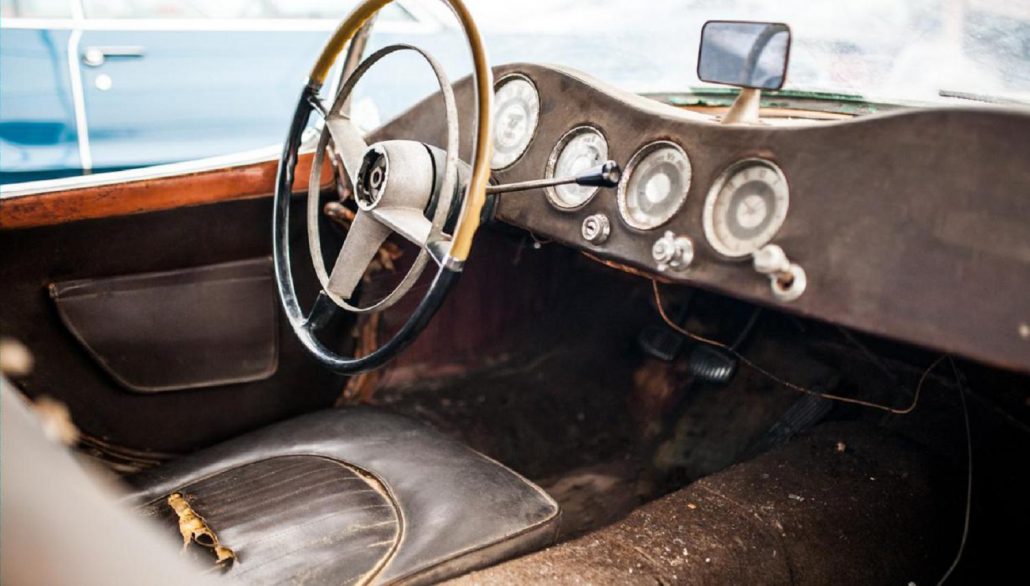 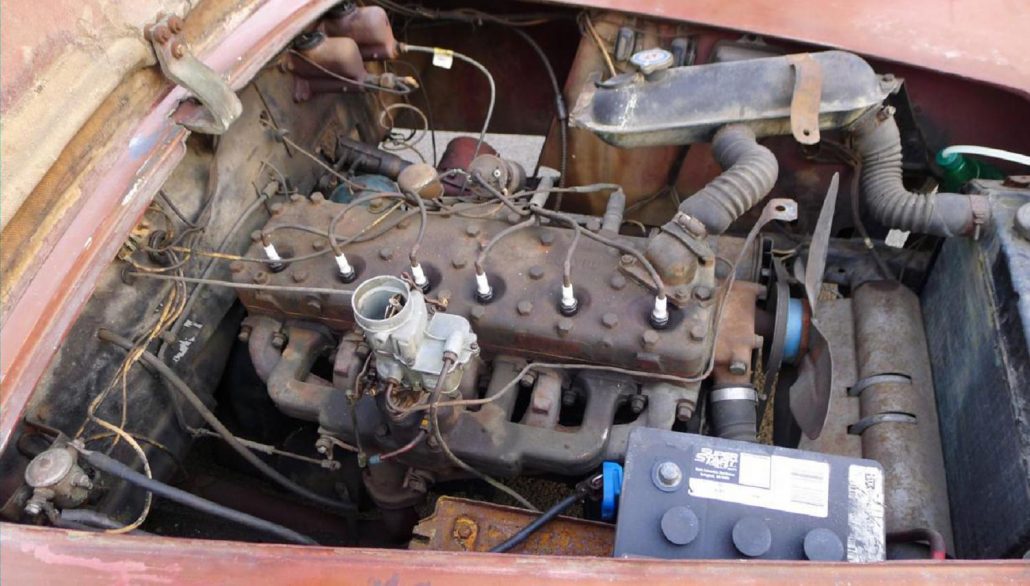 Someone Must Agree With Me

Jiri shared with me last month that his Woodill Wildfire was awarded “The Car of the Exhibition” at the 2018 Stuttgart Retro Classic. Very impressive.  Not surprising….others like the look and the patina of the Wildfire.

Jiri’s automobile interest lies mostly with racing and sports cars, and you can see the Wildfire below with some of the other cars in his collection – many of which he races. 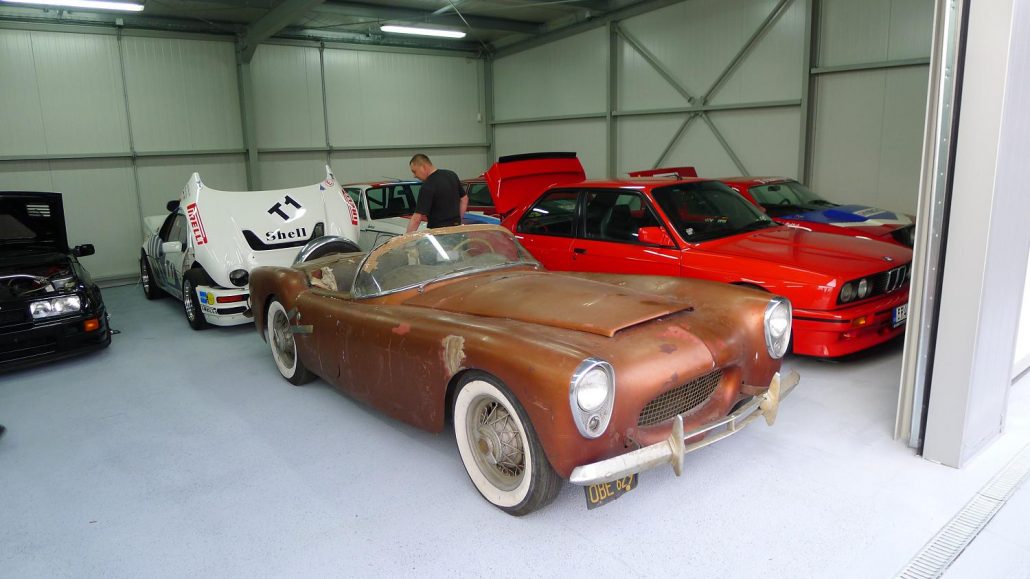 As such, he has made his Woodill Wildfire available for purchase.  Since the car is in Europe it will most likely find a European buyer but you never know….the car may be attractive enough for someone to bring the Wildfire home and celebrate it here.  Either way, you can check out the information he has posted on the Wildfire for sale via the link below.  Be sure to use the “translate” feature of your internet browser so it becomes easier to read.  Here’s the link:

And by the way, while glass is available, they don’t reproduce the windshield frame for the 1953 – 1955 Corvette.  But….they do for the 1956 to 1962 Corvette windscreen and frame.  Expensive – $3300 or so – but it might be the right jewelry to finish off your sport car. After all….any of the owners of these 50s handbuilt sports cars have almost no chrome to redo so you can splurge – get your Corvette frame and glass today and let’s see how it looks.  I bet it changes everything on the look and enjoyment of your car.