We’re working hard here at Forgotten Fiberglass to compile and archive a copy of every postwar automotive magazine from 1947 to 1960.  These are essential to documenting the era and the stories that abound on building your own sports car.  But you can learn so much more than just what you’re looking for.

That is, by reviewing the magazines over the years “en masse” you get a feel for the culture of the times – the “je ne sais quoi” of the era.  And in fact that’s what I found earlier this week when reviewing a recent purchase – a special edition published by Speed Age Magazine in 1953 called “Cars of Today” that included a special section on “America’s Production Sports Cars.”  One that put in print what was available to purchase in American sports cars to the public at large.  It included one you could built yourself too.

In this article by Speed Age Magazine, we get a ringside seat to the cars that top automotive editors identified having fit the “sports car” criteria in America in 1953.  And it’s the very cars that they discuss that reveal themselves to be in stark contrast to the American sports cars that we know and love, which include sports cars such as the:

By 1953, there were more than 30 sports car manufacturers producing bodies, cars, and/or both across America.  True….these were all small companies, but they were producing sports cars of original design that they would build or others could buy and build themselves.

All of these cars were designed with style, weight distribution, two-seat configuration, and terrific power to weight ratio in mind.  Right on target for the definition of a sports cars at the time.

The article by Speed Age Magazine identifies the following list of production sports cars being produced in America in 1953:

Most would add the 1953 Oldsmobile Fiesta to the list – not sure why it didn’t appear.  Rarity couldn’t have been the issue since there were about 450 copies of the Fiesta made and GM produced just over 500 El Dorados.  So I’ll add this name here.

The editors of Speed Age did include some great choices here that would fit the sports car definition more closely – the Cunningham, Kaiser-Darrin, Kurtis, and Nash Healey.  But the combined production of these cars in 1953 was considerably less than 1000 – not a lot of American sports cars out there across for Americans to buy.

Let’s have a look at the pages that show and describe each of these cars.  And remember….you can click on any of the images below and the picture will get larger on your screen to make it easier to read. 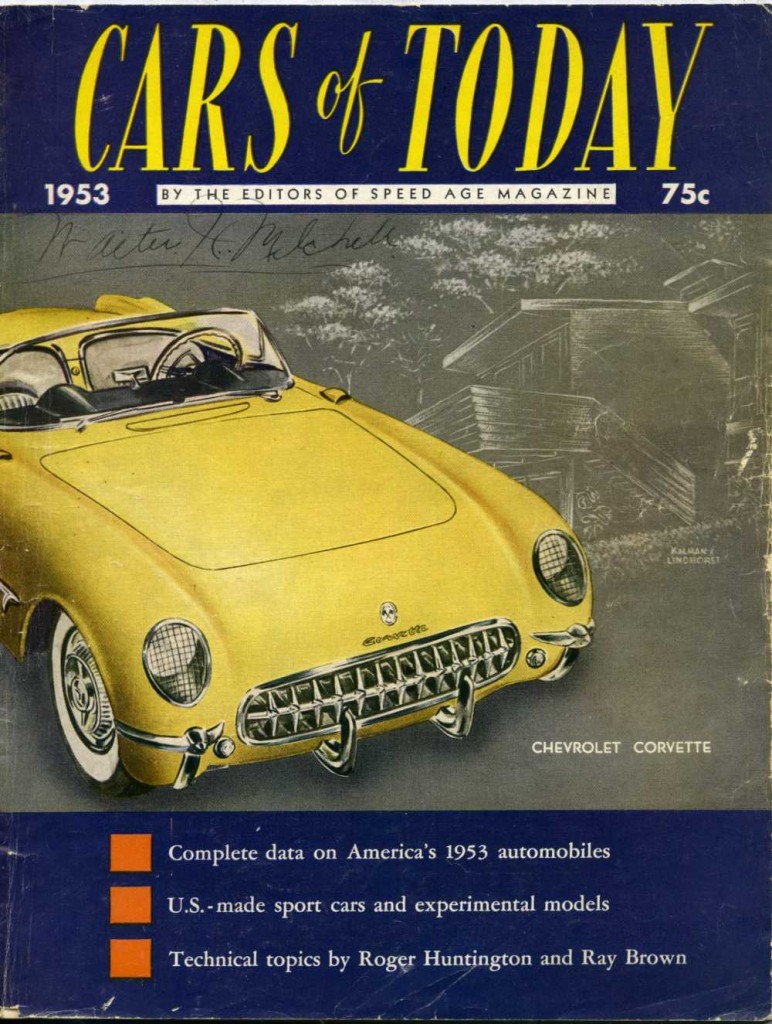 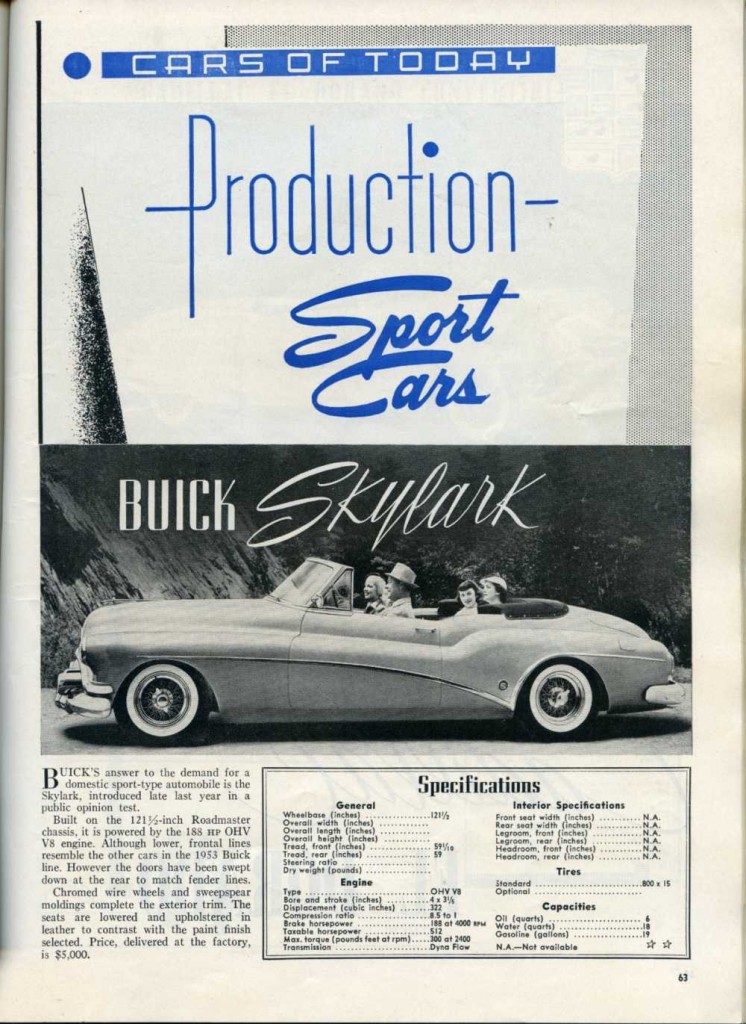 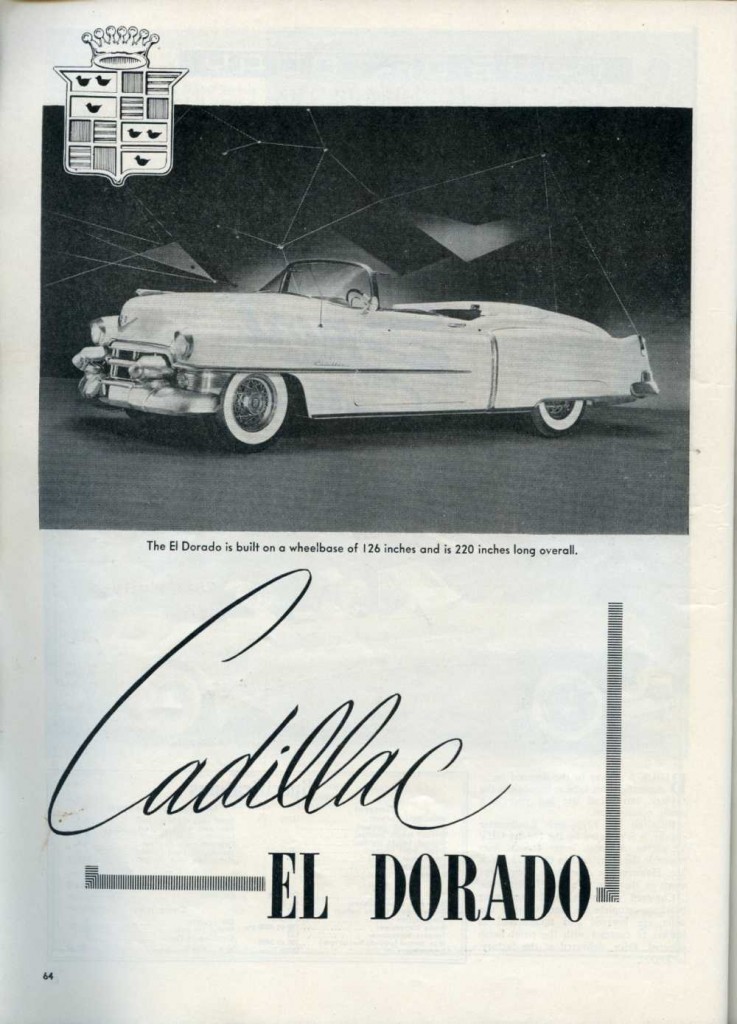 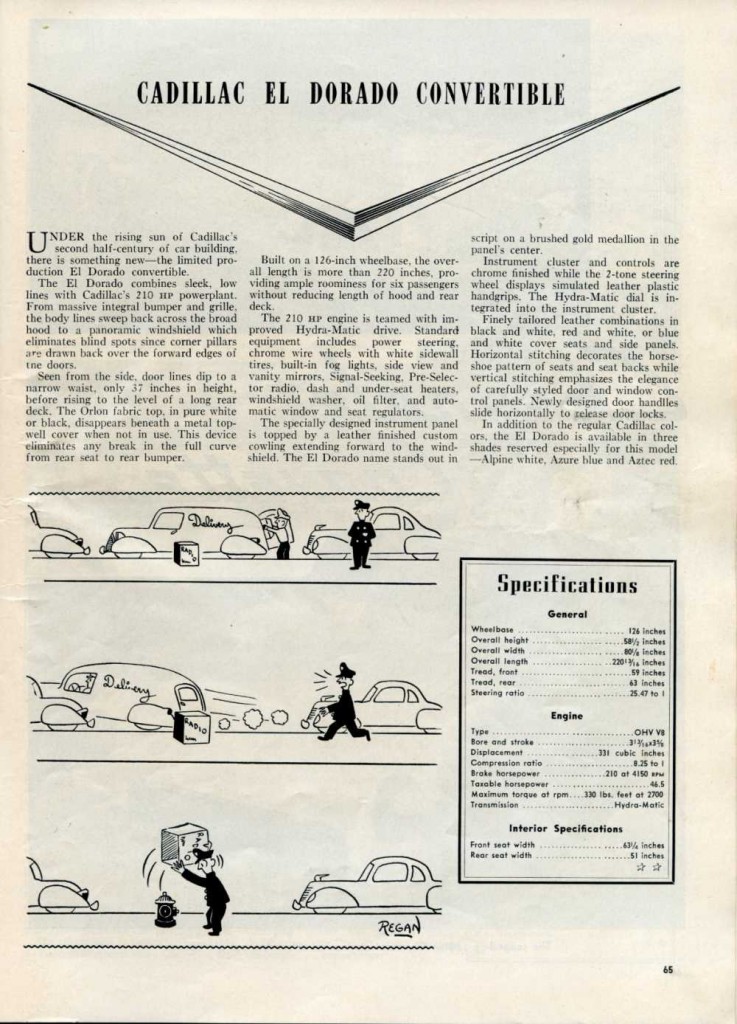 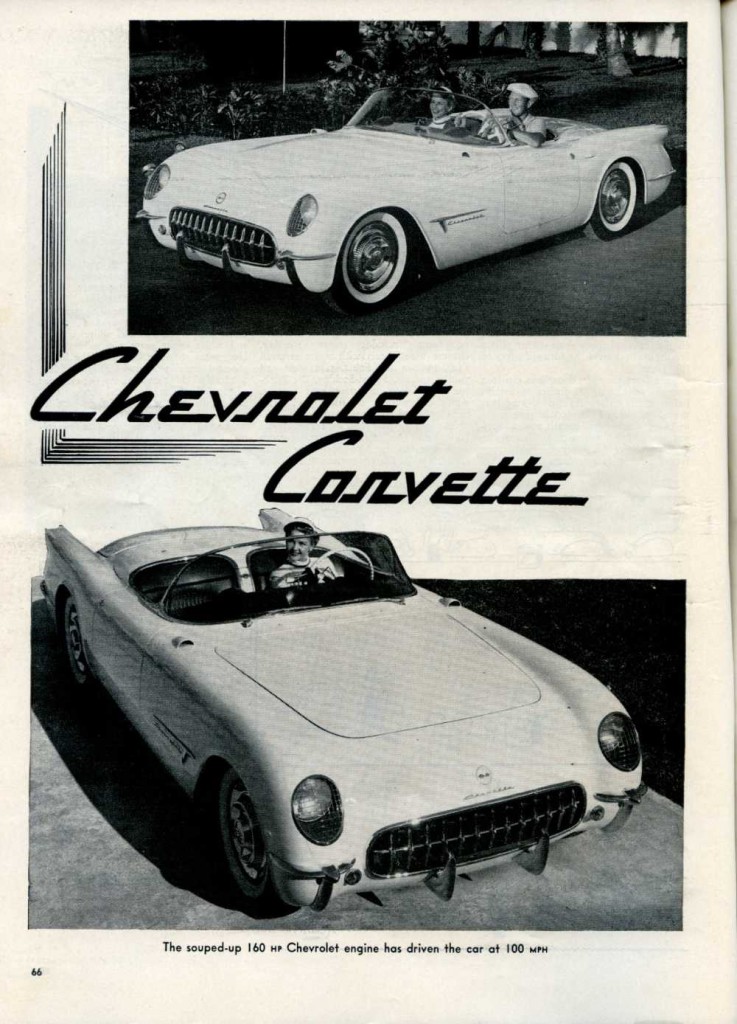 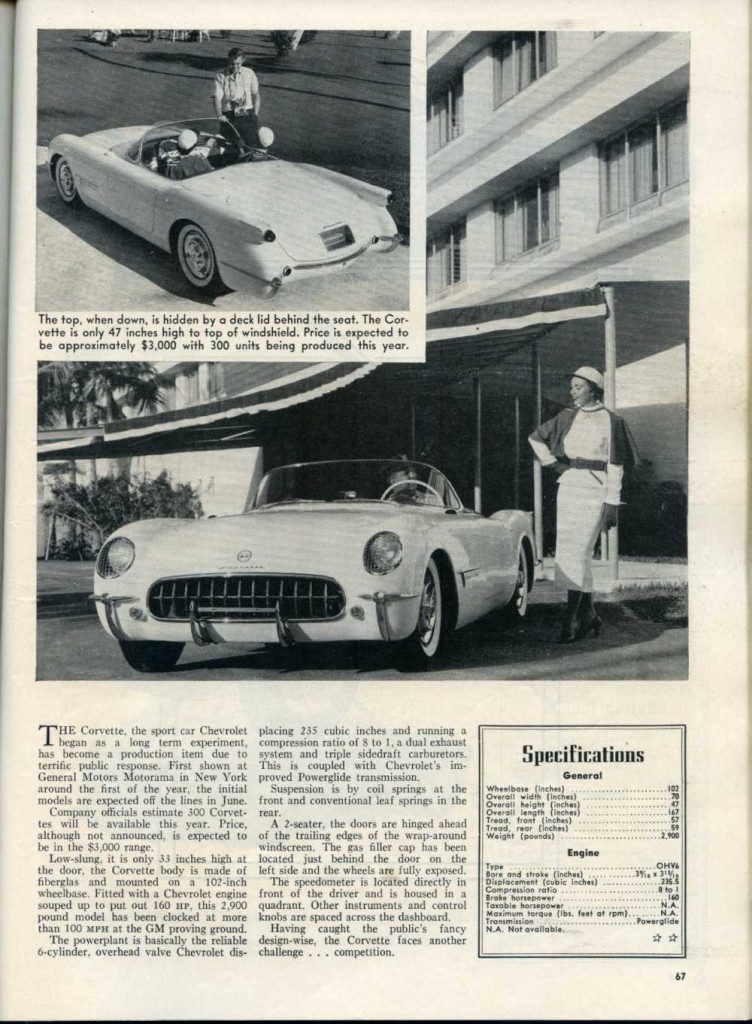 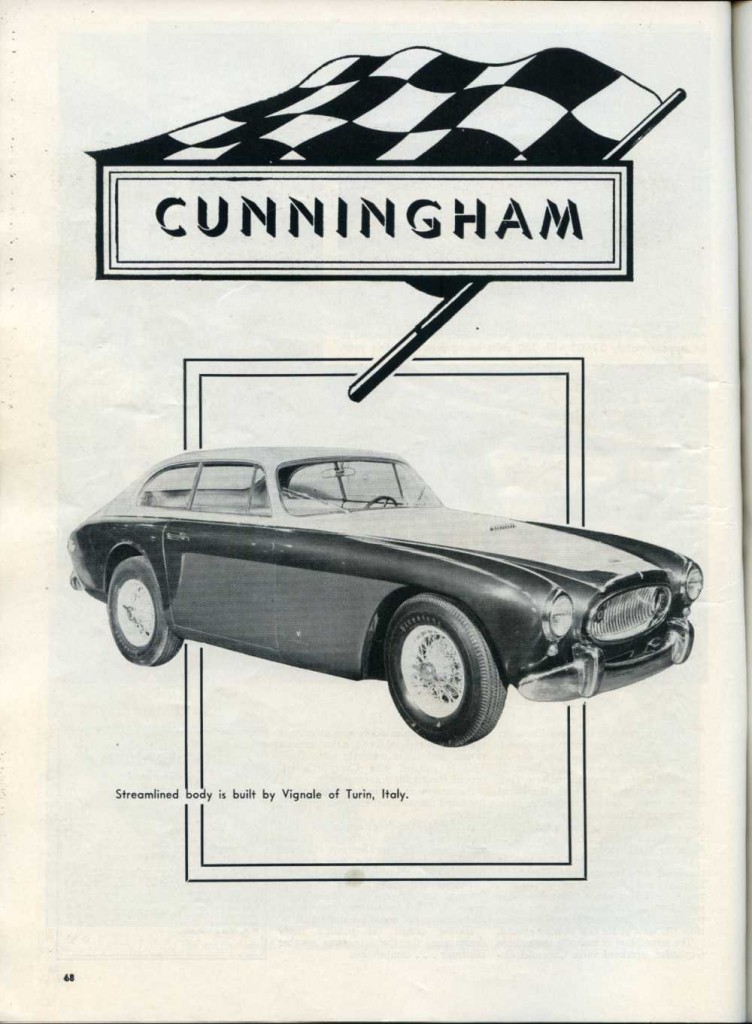 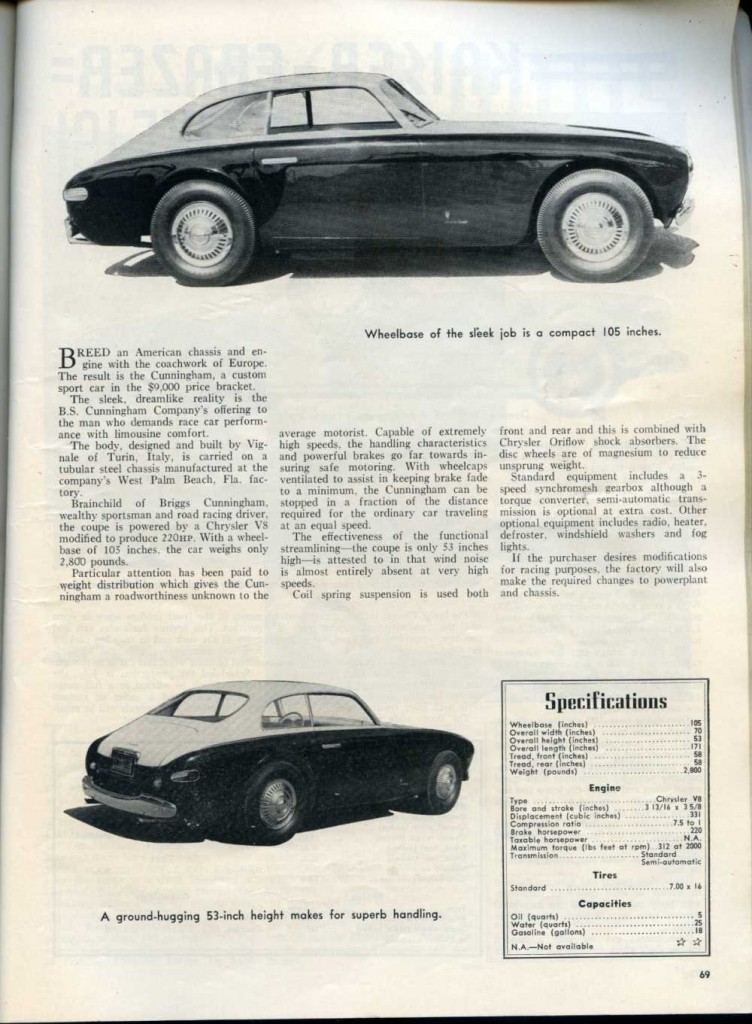 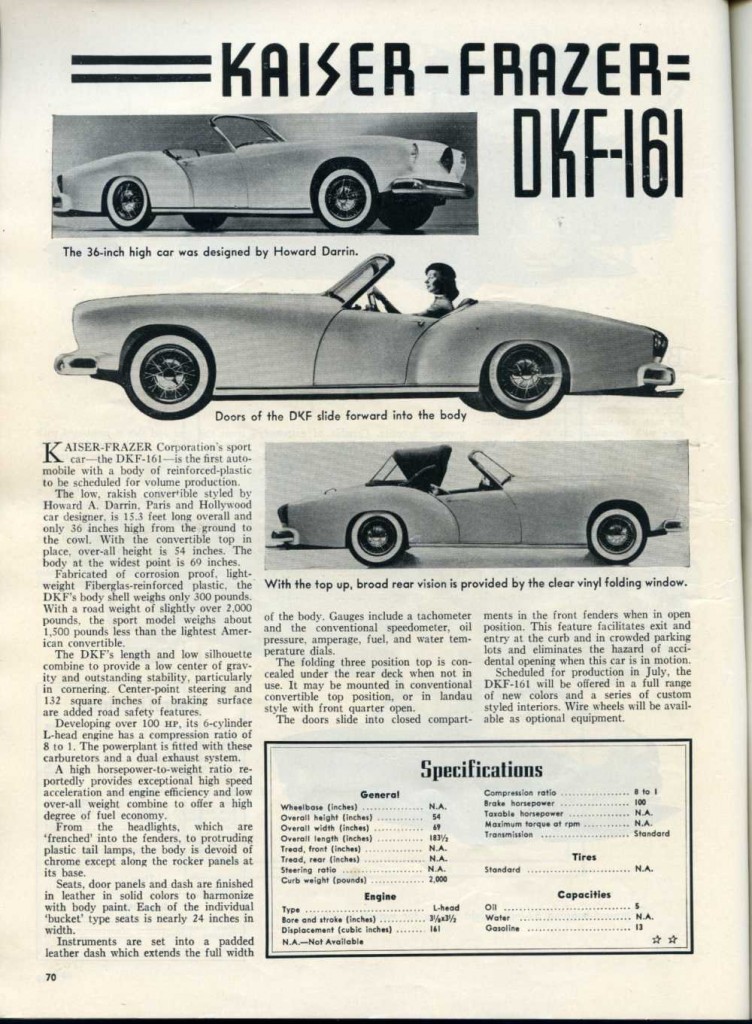 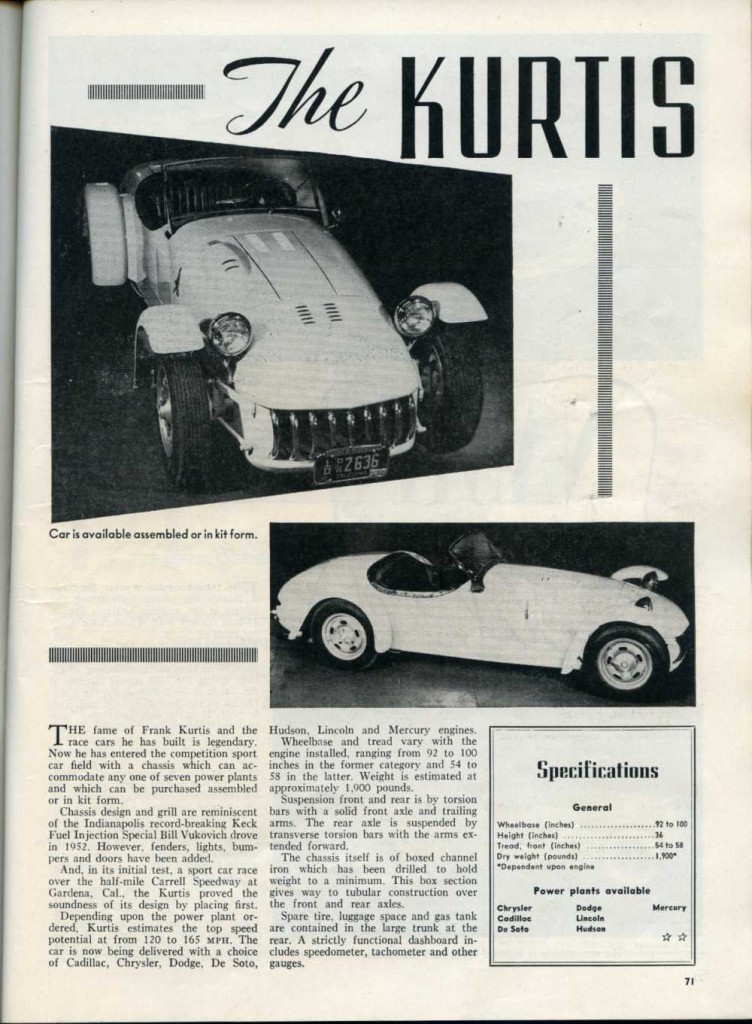 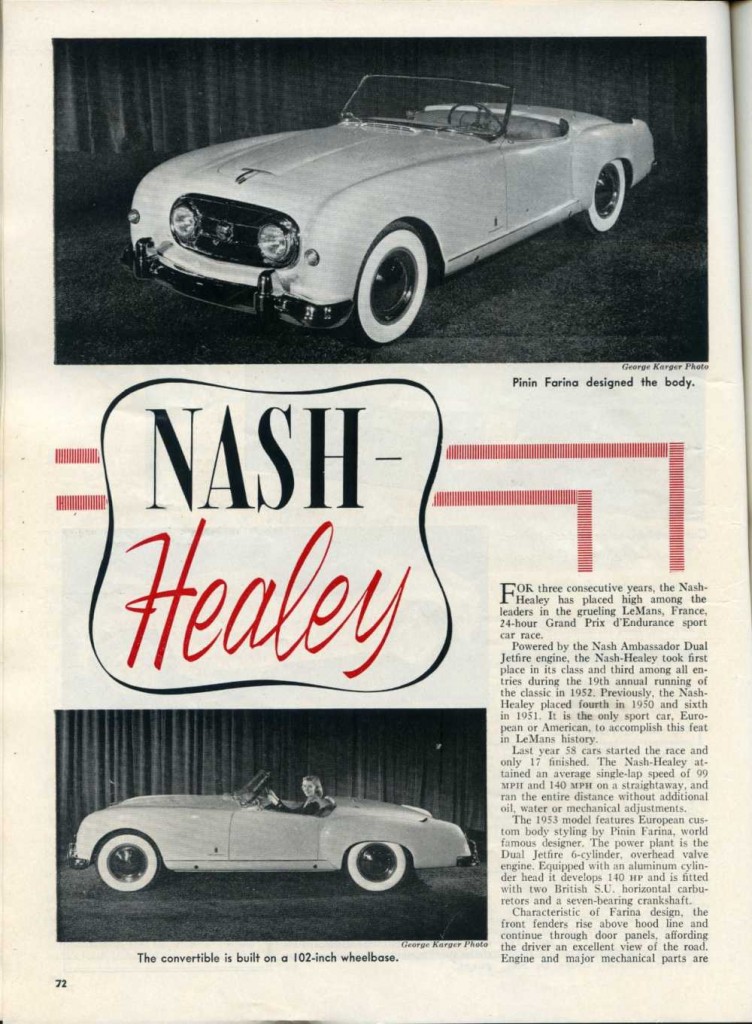 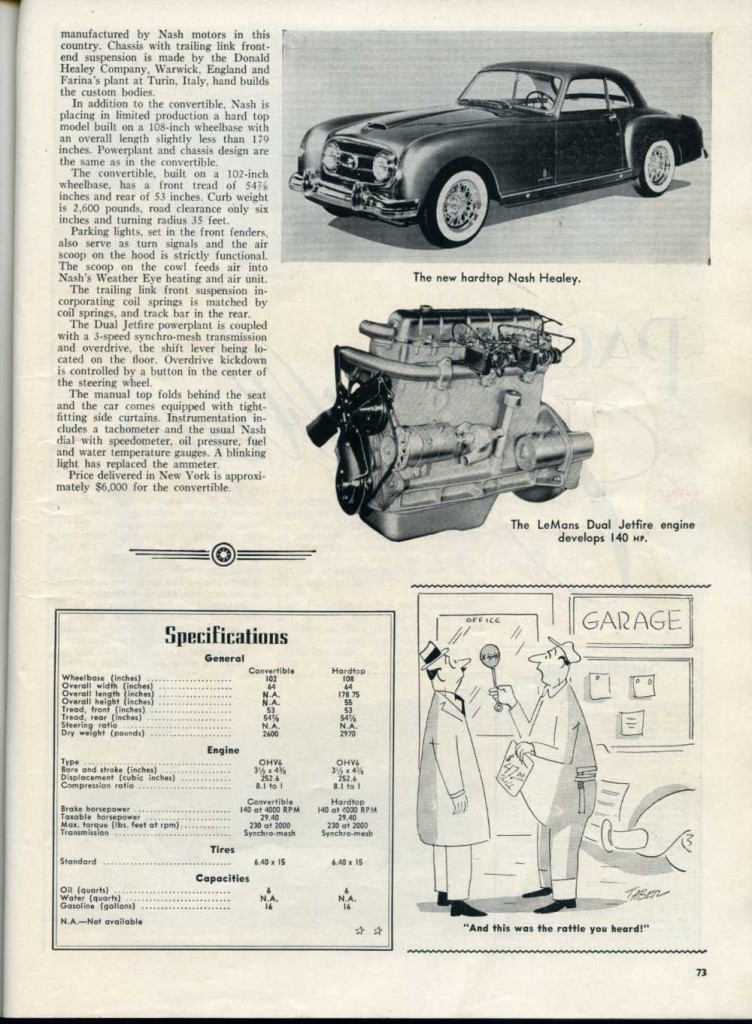 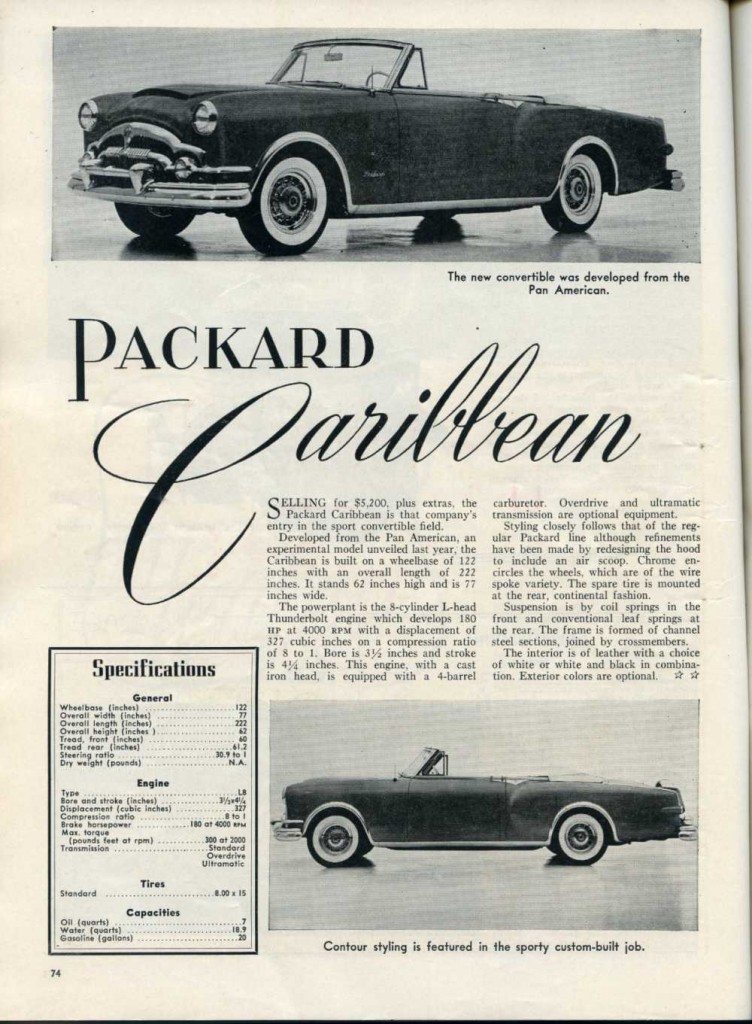 So think back and put yourself in the shoes of someone looking for an American sports car in 1953.  Would you buy a production sports car shown above?  There are some great choices in the more “sporty” models when compared to the larger style boulevard cruisers (which, by the way are magnificent – just very very large for a sports car).

Or…would you take the less traveled route – an adventurous one – and build a sports car exactly to your specifications?

Let us know your thoughts in the comment area below.