Those of you who are fans of business author Stephen Covey and his advice of “start with the end in mind” will understand how today’s story fits this advice perfectly.  So here it goes…

And that’s the beginning of today’s story.

A Call From Connecticutt

We hear from people all the time – and it certainly makes each day interesting.  Sometimes by phone.  Sometimes by e-mail.  Sometimes by snail mail (and the occasional “knock” on the door of my home in Tampa, Florida too).  So back in 2017, we received an e-mail about a one-off car languishing in Connecticut.  It was looking for a new home and I knew just the folks who would be interested in it.  You know….me 🙂   So we had to have a look.

We were planning a trip that Fall to the northeast so as part of the trip we stopped in to see the car.  The gentleman who owned it said it was a “Wellman” and had some information on it.  The sports car was larger than it looked in the photos.  It was sitting on a modified early 60s Chevrolet frame with what looked to be a 283 or 327 cubic inch engine.  I liked how it looked so let’s share some photos from that day:

Photos From Our First Visit 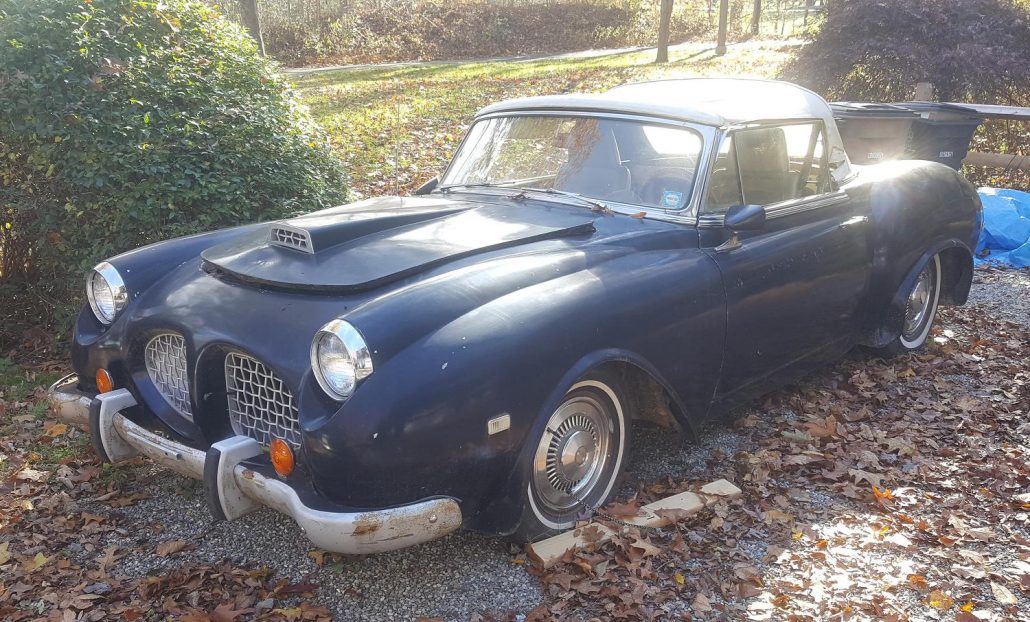 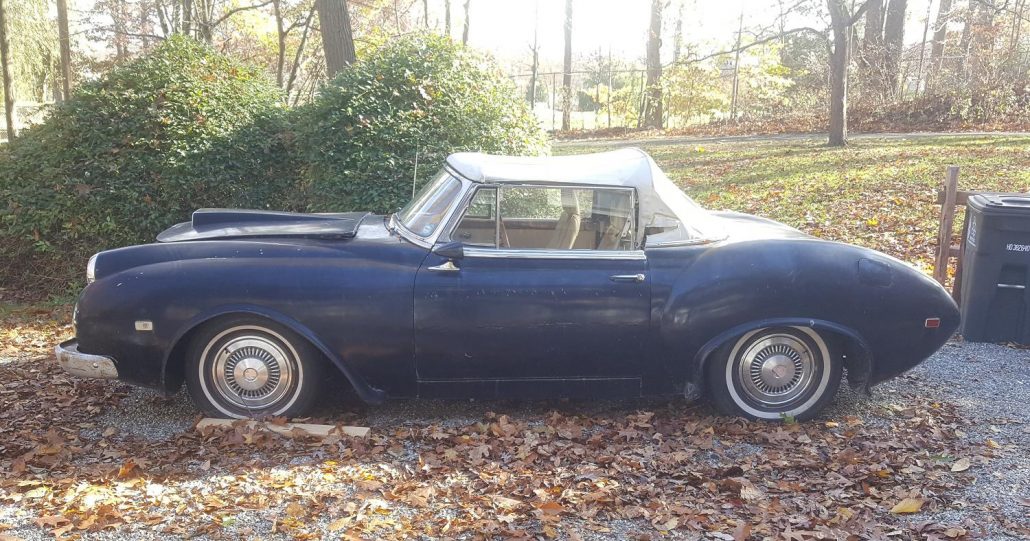 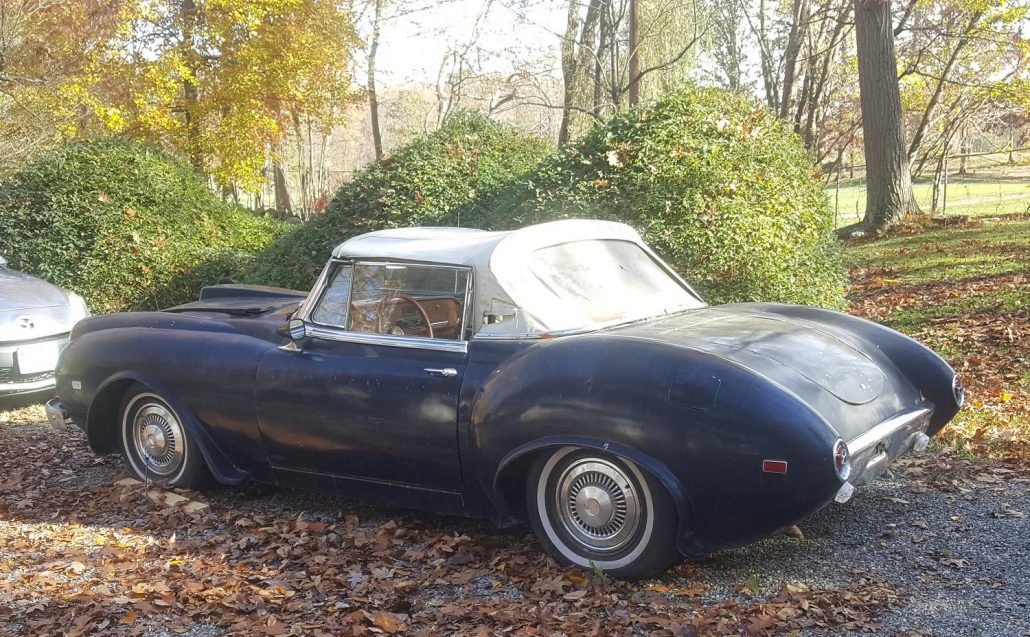 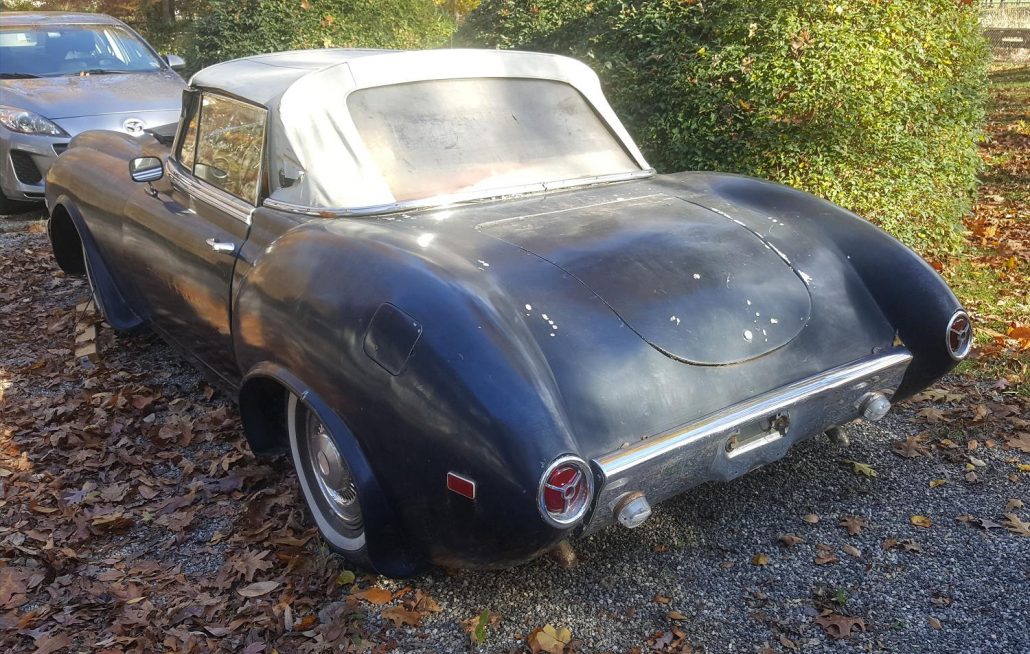 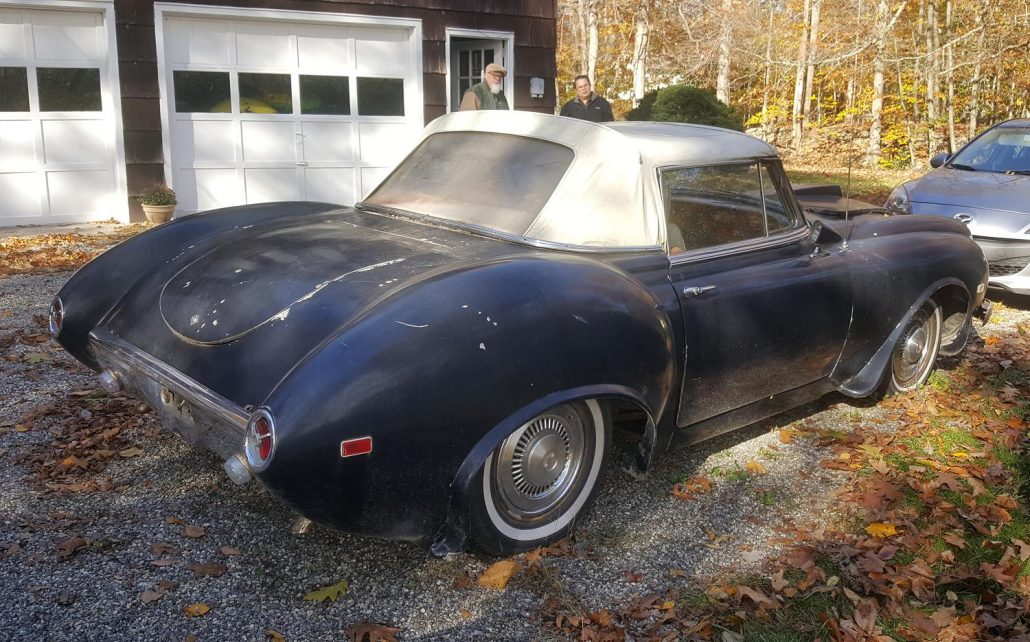 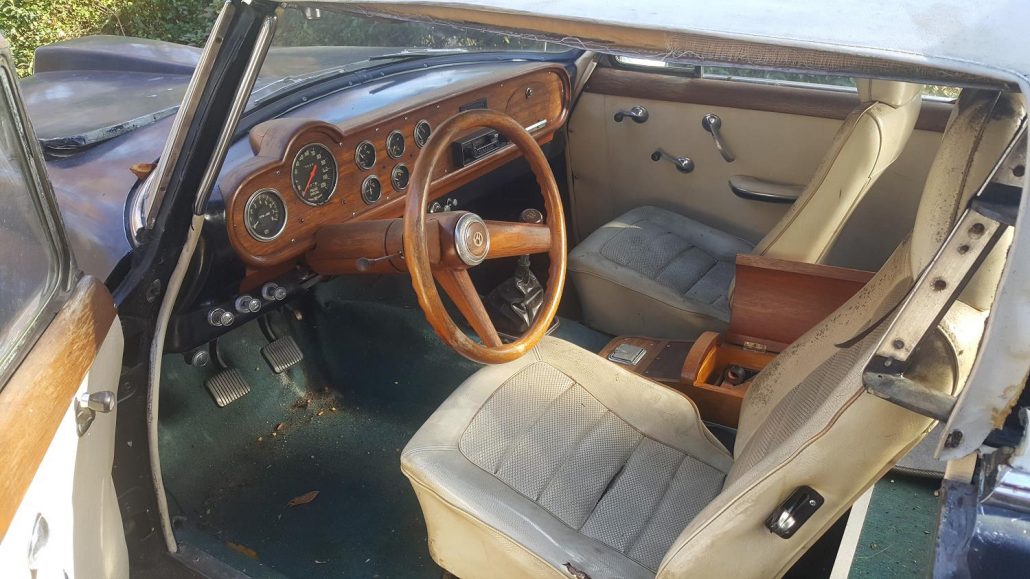 A Deal Was Struck – With a “Hitch”

The owner was very nice and we were able to make a fair deal for all involved.  But I needed a favor from him.  I need to keep the car with him until the spring when we would arrange transport to Tampa, Florida.  He said “yes” so we all went out to celebrate at an excellent pizza place in Stamford, Connecticut – one that specialized in “hot oil” pizza.  I assure you.  If you are in and/or around Stamford, Connecticut be sure to check out there Hot Oil Pizza. Very tasty with a bit of a “kick.”  The owner of the car and now mutual “hot oil” pizza lover sent me photos thru the winter showing our car in snow…..cold, cold, cold.  Brrrrrr. 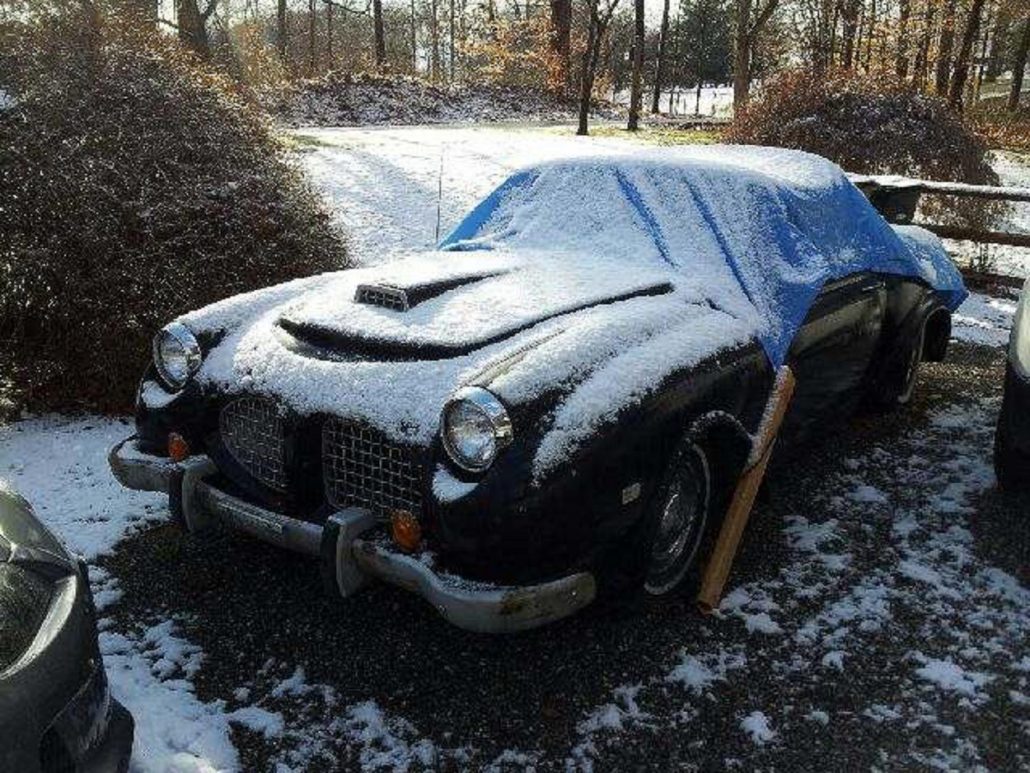 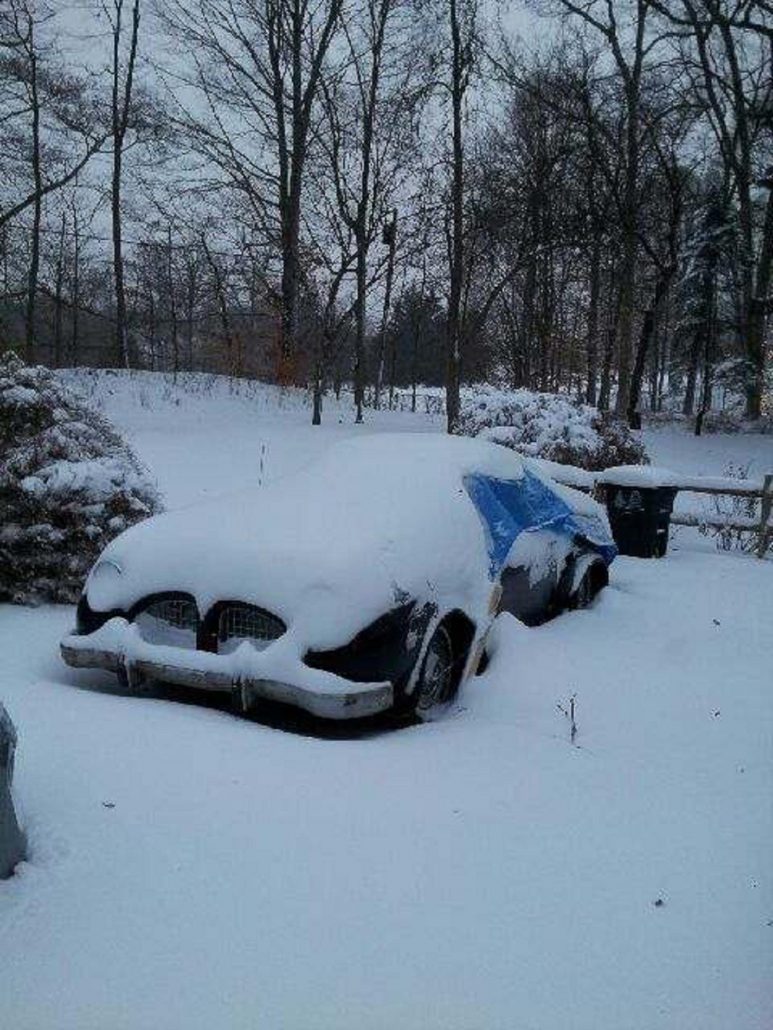 And by March, 2018 we had made arrangements to have a friend bring down the car to us in Tampa, Florida.  It arrived safe and sound. 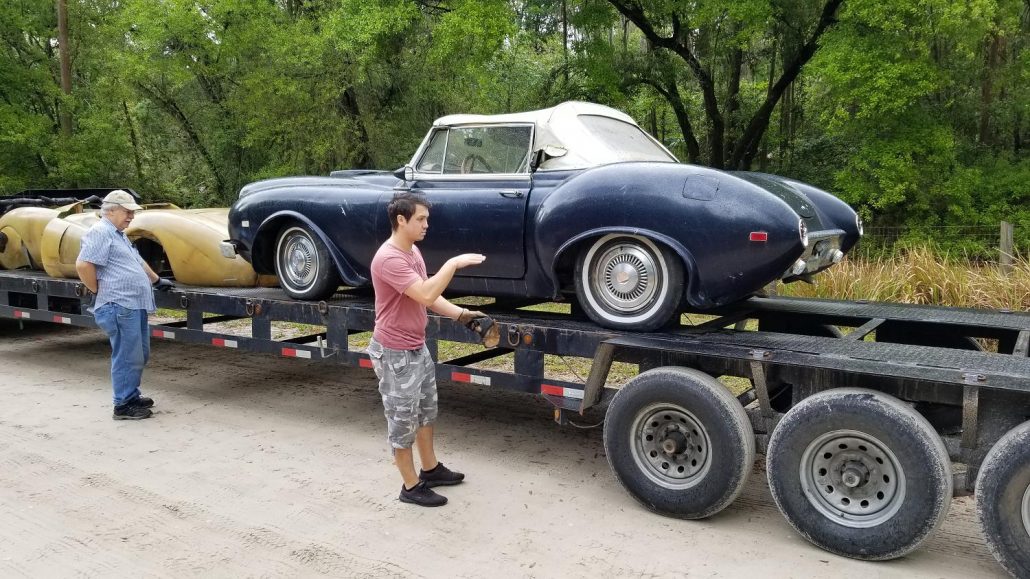 So What Did We Have?

It turns out that the owner had some information on the car and the first piece we received was from a Special Interest Autos magazine from December, 1999.  Let’s see what it had to say.

Richard Heldman spotted this neat sportster on the roadside during the Memorial Day parade in his home town of Coventry, Connecticut.  He didn’t recognize the car or body, and there was no one around to ask about it.  It was registered for the road, and after the parade, apparently left town.  He hasn’t seen it since.

As Richard points out, the side marker lights and headrests mark it as being of post-1967 vintage.  Anyone know what it is?  Contact us here at “Lost and Found.” 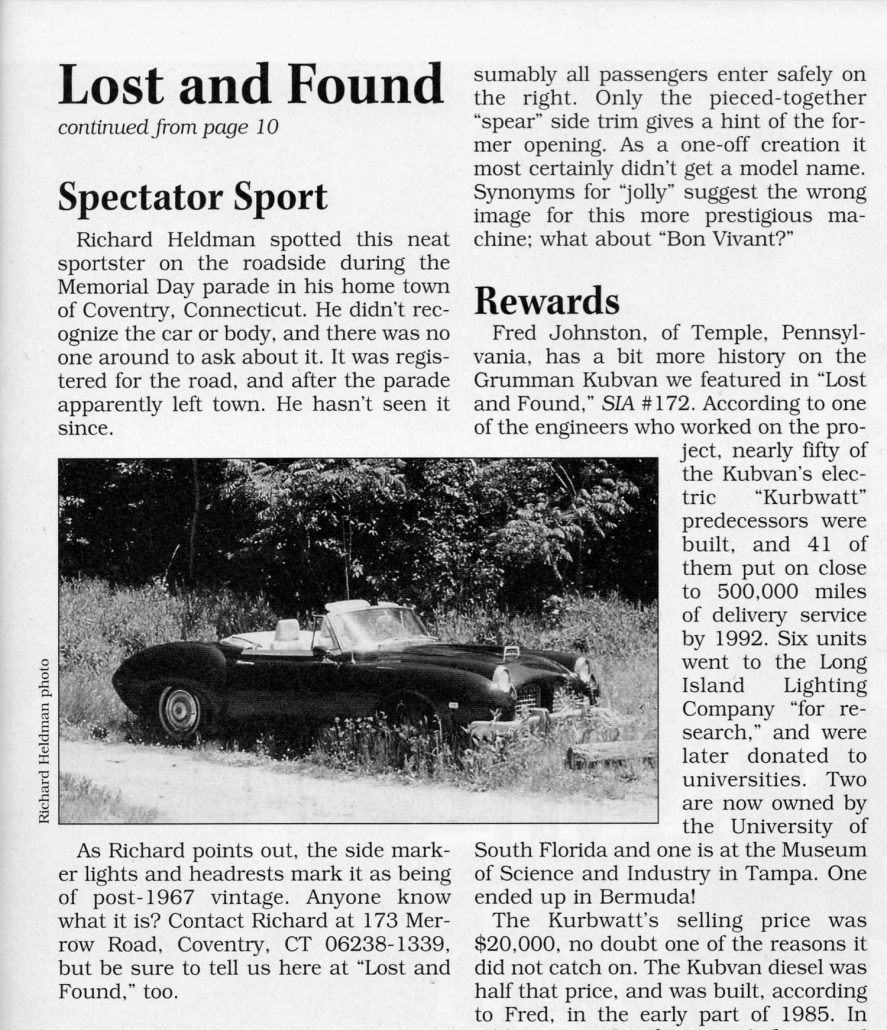 So the car came to Tampa and we started doing our research.  Then….the previous owner found the rest of the documentation on the car which we’ll share with you in our next story here at Undiscovered Classics.

Note: This is a mult-part story.  Click here to read the other parts of this story.