Consider what it must have been like at the start of building of your own sports car back in the early 50’s.  I imagine many conversations went something like this….

“Hey!  Check out this cool Victress/Glasspar/Woodill/Meteor/Byers/Allied body I just bought.  I’m going to build a sports car.  Can you help me build the frame?  It’s easy – we just have to make a few modifications and we’ll be good to go……”

I suspect it wasn’t as easy as people may have thought.  As you’ll read in our story below, neither did Hop-Up Magazine and Frank Kurtis, who came the rescue with his own chassis for purchase called the “Kurtis 500 KK chassis” where “KK” stood for either “Kurtis Kraft” or “Kit Kar” –  depending on who was writing the story.

Kurtis wasn’t the only one building chassis for enthusiasts of the time.  You could buy a chassis from Ted Mangels and Ed Martindale of Mameco, Shorty Post of Post Body Works, Chattanooga Boiler and Tank Company of Tennessee.  And plans were available from Chuck Manning, Hellings, and an assortment of early fiberglass car building books and magazine articles. 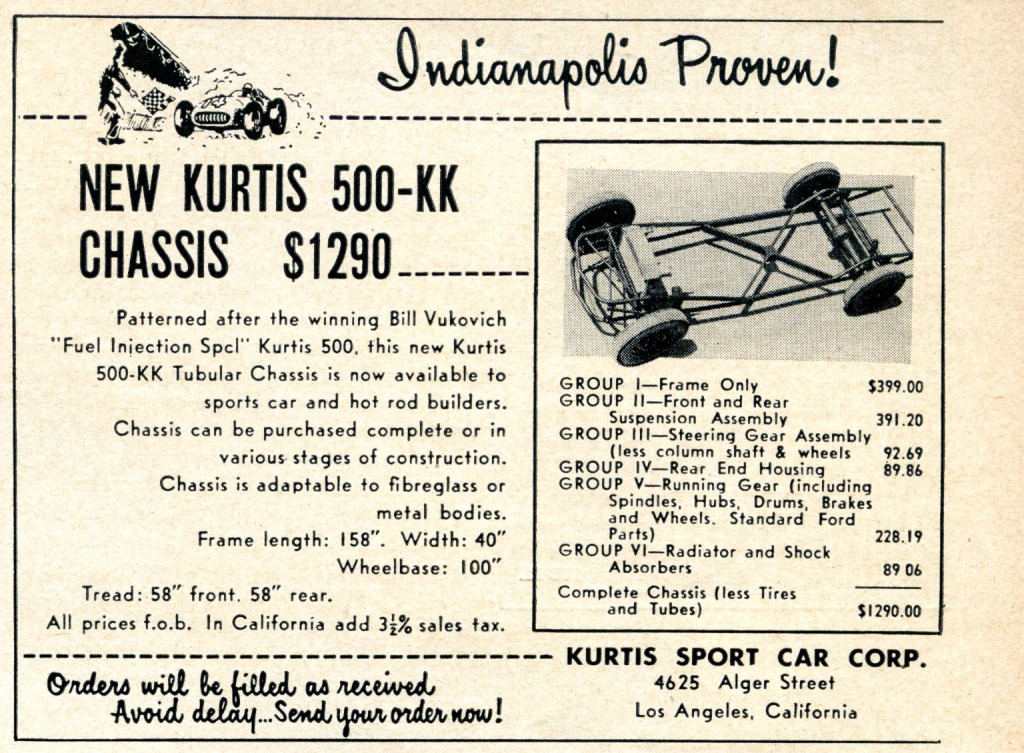 During these times, Frank Kurtis emerged as one of the earliest to make chassis available for building your own sports car.   Let’s take a look at what Hop-Up Magazine thought back in late ’53 about the Kurtis 500 KK chassis.

Since July 1951, when we first began publication of Hop Up Magazine, our offices have been deluged with letters from readers requesting information on home car construction.  Each day brings a new load.  Each load brings new and more complex questions.

Some ask how to build lakesters, others track or sports cars, and still others just good street jobs.  No matter what the type of car, the questions are always the same general type:

“What stock frame would you consider for conversion?”

“I am going to build a tube frame job; what diameter tubing should I use?”

“Which type of springing do you consider the best, cross spring, coil, elliptic, or torsion bar?”

“What is the best type of steering gear for my car?” 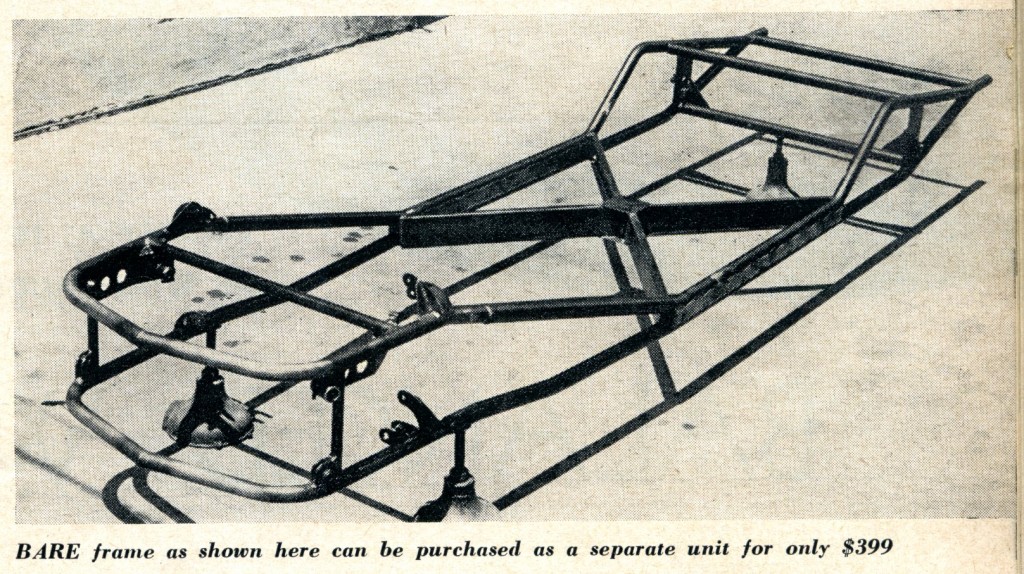 As you can see, there are hundreds of different cars being built that would require special consideration before we could give honest answers.  Unfortunately, as yet, no one has written a book on chassis design and construction which would be helpful to the average builder.

Few of us have the shop facilities to do the necessary tube bending, machining, welding, casting and so on, that would be required to build a chassis.  Imagine our delight when Frank Kurtis, builder of Indianapolis winners, told us of his plan to build a chassis in kit form.

It was to be of the same general design as those built for Indianapolis this year, but built on a mass production basis to bring the cost within reason.  Here at last, we felt, might be the answer to our readers’ dilemma.  Here could be a chassis the average guy could afford.

We have followed the design and development of this project with great interest.  Frank, who is convinced there are hundreds of hot rod enthusiasts with the mechanical ability to assemble cars from these kits, has tried to give them a chassis in which to install their own pet engine or transmission, sturdy enough to make a good 200 mph lakester; light enough to make a good track or sports car; simple enough to make either a ready made Fiberglass body (such as those made by Glasspar) or a home-made fiberglass or aluminum body easily adaptable. 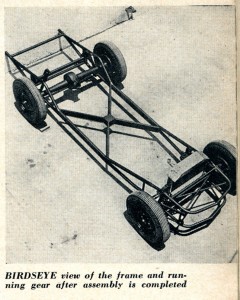 How well he has succeeded can best be told by the photographs.  By examining the photos of the Indianapolis race cars and then the ones of the new Kurtis frame, you can see how closely they follow one another.  Naturally, the Indianapolis c4ars are more elaborate, but basically the two are the same.

The most noticeable difference is, of course, the frame side rails. On the race cars the rails are made from seven inch hat sections, which are made into a box section by addition of a .064 aluminum outer cover plate.  On the new frame, these box section side rails have been replaced by 2 one and three-quarter inch tubes tied together by 2 one inch plates running their full length on both sides of the tubes.

The reason for using tubing on the new chassis (which is to be known as the 500 KK Model) is to allow the home car builder to bring his body width all the way out to the outside of the wheels as is done on a fully streamlined lakes job.  This makes for a much larger cockpit and door opening areas which the deeper frame side rails would tend to limit.

A moment ago we mentioned using the chassis for a 200 mph lakes car.  Frank feels this is feasible because this type of suspension has proven most satisfactory on the racing cars at speeds in excess of 170 mph under adverse conditions.  To describe the 500 KK chassis a little more in detail, these are some of the highlights:

* The complete frame is constructed of inch and three-quarter seamless steel tubing,using a 3 inch channel cross member between the two side rails

* All welding is done by the arc welding process

* Torsion bar springing is used both front and rear

* Front torsion bars are about 33 inches long and cross one above the other at about 15 degrees.

* Both ends of the torsion bars on the front and the rear have a spline which fits into the torsion arm and adjustment clamps.  By removing either the arm or the clamp and rotating it one or more notches, a wide choice of ride adjustments is possible.

* The bars themselves are not securely fastened to the frame, but are carried in bronze oilite bushing. 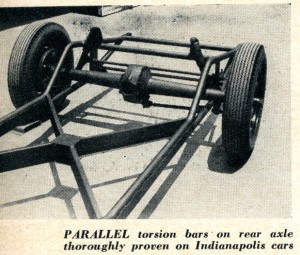 * The front axle is constructed of 2 inch O.D. steel tubing with generous king pin retaining spools welded into each end.

* Special steel castings which we call ‘towers’ reach up to the torsion bar arm above and down to the radius rod tubes below the axle in the matter shown in the photographs.

* The front axle is held in correction position by means of a sway bar tube which attaches to the frame.  This front-end setup is the same as used on Indianapolis cars.

* Tubular shock absorbers are used both front and rear.  On the race cars, additional vane type shocks were also used.

* Steering is by means of a Ford gear box with a pitman arm 8 inches in length, which is again the same setup used on the race cars.

* Ford hydraulic brakes are used as is a Ford rear-end.  Mr. Kurtis tells us the rear-end is supplied minus the innards as he believes most car builders will prefer to run the gear ration they favor.

* Ford 16 inch wheels are supplied, however, no tires or tubes are included.  Here again most builders would rather use tires best suited to the type of car they intend building.

* A special custom oversize radiator with a 2 inch core is fitted and outlets can be altered to suit the engine you intend using. 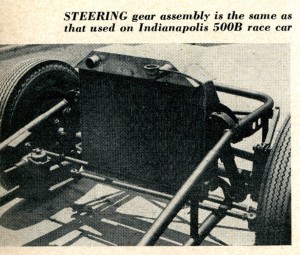 * Wheel base is standard at 100 inches.  This wheelbase was chosen because of its use by so many fiberglass body manufacturers, and because it makes a good wheelbase to tread ratio.

Mr. Kurtis did not mention this, but we think it would not be too difficult for the home car builder to remove a section from each frame side tube and re-weld the tubes together again for some reason or another desire a shorter wheelbase on his chassis.

One other thing we should mention before we close.  It will no doubt be of interest to the man of limited financial means to know that you can buy this chassis piecemeal.  That is, you can buy the frame as a complete unit, then when you can afford more, you can buy the complete front axle setup, minus the Ford front spindles, brake assemblies, drums, etc.

The same with the rear end.  We bring this out because many readers have a source of used parts of the Ford variety or can buy them at the nearest junk yard.  Well, that’s it.  Just how well this particular setup will fit into the car you plan to build is up to you.

We at Hop Up Magazine, although it is not our policy to endorse any particular manufacturer’s product, think Kurtis has a good idea.  It may well help many would-be home car builders over the rough spot of not having the knowledge or the equipment to build a good chassis.  Let’s hear what you think of this plan of America’s Number 1 chassis designer and builder. 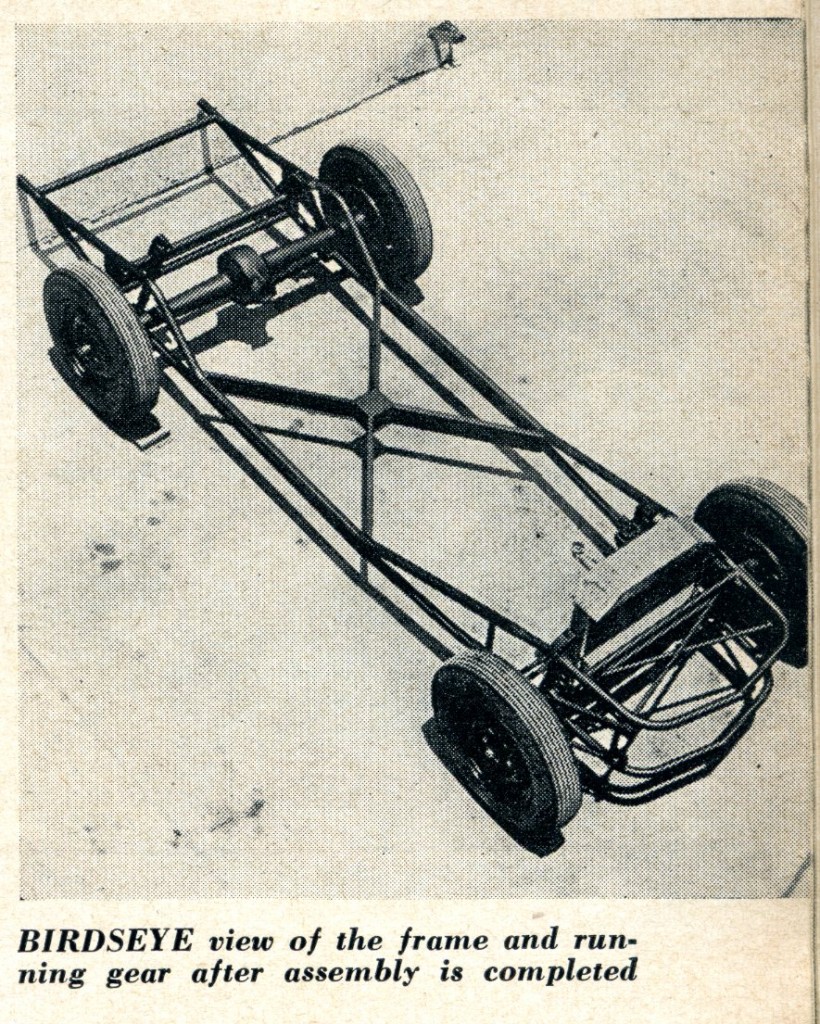 The Kurtis 500 KK frames were a success when viewed in the context of the times.  They were produced from late ’53 thru ’55 and according to “Vintage American Road Racing Cars, 1950-1970” by Harold Pace and Mark Brinker, about 60 frames were built and sold.

We have identified Kurtis 500 KK chassis under Glasspar G2s, Woodill Wildfires, Allieds, Victress, Sorrells, Meteors, Byers, and other hand-crafted cars of the time.  Given that the burst of early fiberglass building occurred in the golden era of ’52-’55, this is pretty good in terms of coverage.  Frank did pretty well!

Although only Glasspar was mentioned in the article, Kurtis had excellent relationships with all of the fiberglass sports car body builders of Southern California.  Bill Burke of Allied and Motor Trend knew Frank well and so did Doc Boyce-Smith and Merrill Powell of Victress.  In fact, Frank loaned the men at Victress a Kurtis 500 KK chassis to help them modify the Victress S1 and make it the Victress S1A – a reduction of wheelbase on the body from 102” to 99” to more closely fit the new Kurtis chassis which had a 100″ wheelbase.  Times were exciting then gang….

The Kurtis 500 KK frames were a success, and something that those of you building updated versions of these cars today can consider as a vintage and accurate approach for a chassis under your car.  If you can’t buy an original – build it!  What better way to enjoy the best of what used to be – in modern times. 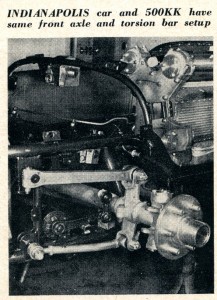 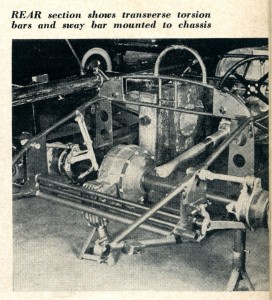 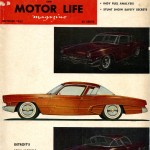 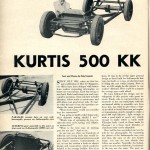 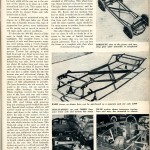 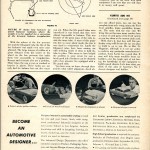 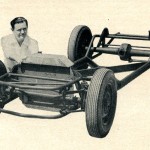 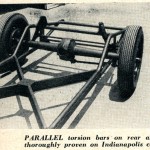 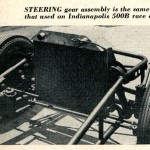 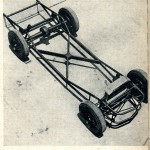 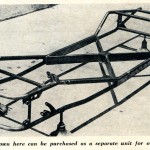 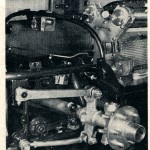 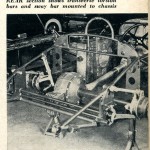 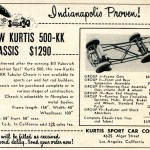 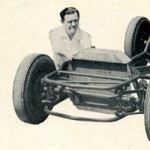