I’ve been tracking and researching this car since good friend Paul Ingram owned and raced it in the early 2000’s.  When he first found the car, he wrote in to Special Interest Autos for help on identifying its heritage.  They featured the car nicely, but no one stepped forward to help identify the history of Paul’s car. 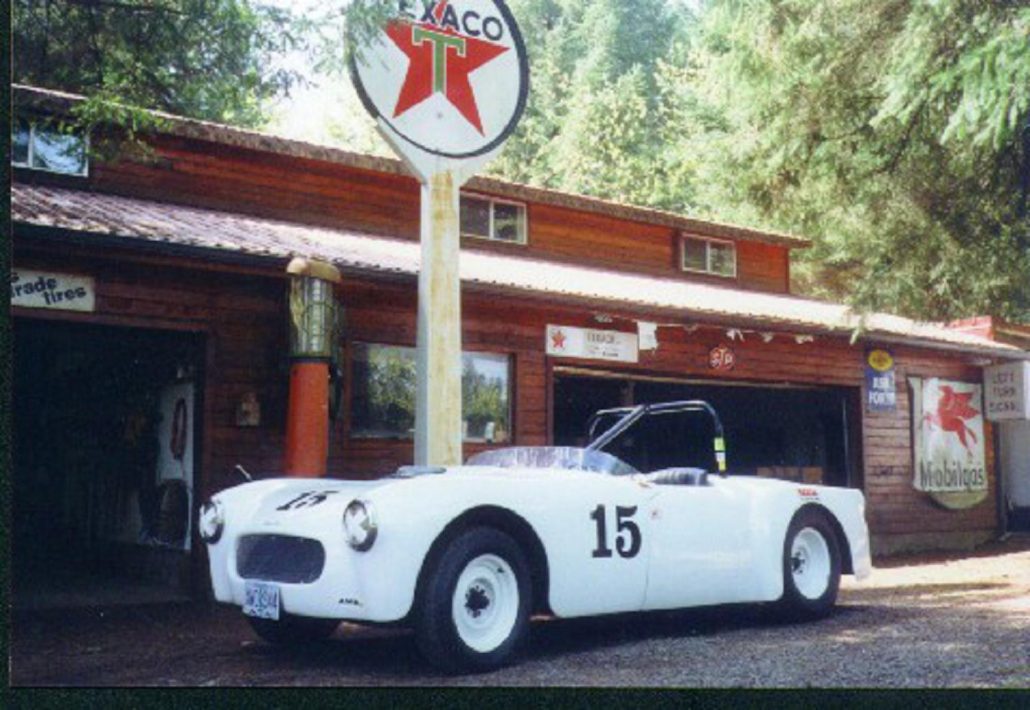 Before Paul sold his car, we thought that the car may be related to a lost model of the Allied / Atlas company – a 100″ wheelbase roadster.  For this reason, you’ll sometimes see Paul’s car referred to as an “Atlas” – we would find the real history on this car years later.

Bob Duell was the next owner and he campaigned it successfully in the northeast.  He held on to it for several years and upgraded the car as well.  Click on the link below to learn more of the car during Bob’s ownership: 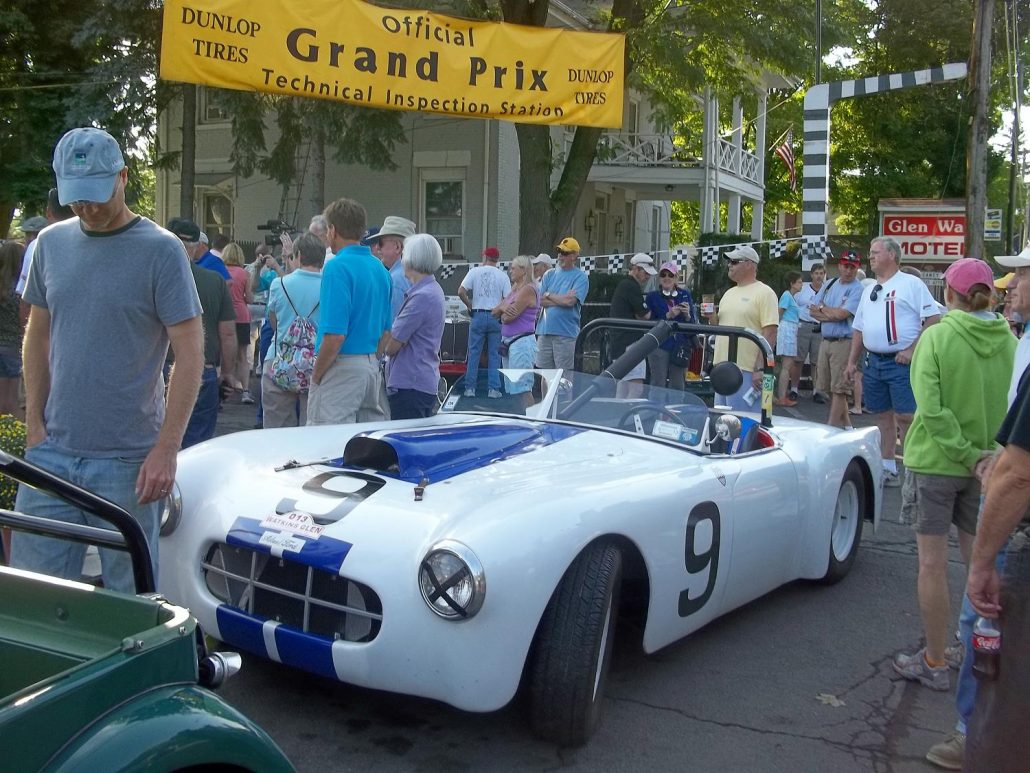 So we’ve gone full circle on this car.  It was “found” in California by Paul Ingram who took it home to Oregon and restored then raced it.  It was sold to Bob Duell and it went to the northeast where it stayed many years living the “good life.”  Recently the roadster was sold to Christian Reichardt who lives in southern California and so now the car has returned home to the state and the area where it was designed and built.

Christian was kind enough to put together a story about his car and journey for us.  So without adieu, take it away Christian.

My 1953 LaGene Story
By Christian Reichardt .

Growing up in Germany in the early 1960s, having a fascination with race cars was a given.  I grew up about 20 minutes away from Hockenheim Ring, A famous road race track.  Stories from the fabled Panamericana Race where common amongst my group of friends.  The cars from the 1950s held a particular place in my heart.

I was lucky enough to come to the United States and was able to enjoy my passion for racing.  I wasparticularly fascinated with the history of the Southern California road racing scene in the early 1950s and the illustrious careers of engineers and racers using the new fiberglass material.  These were the stories of capricious engineers and wild men who loved road racing and were developing new ways of participating in races against giants such as Ferraris and Porsches. 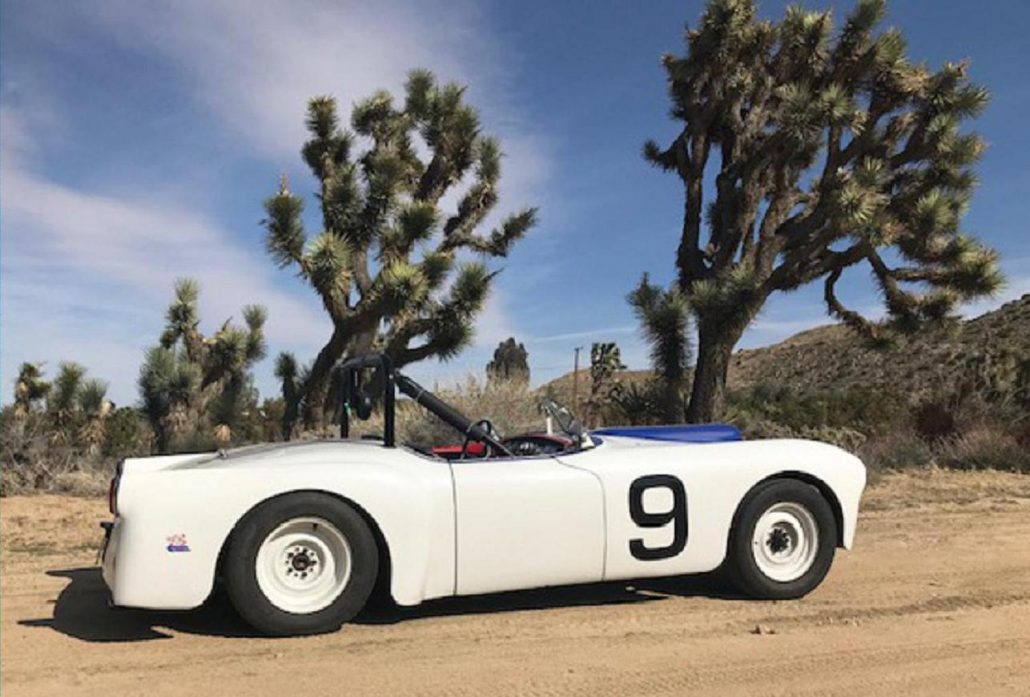 In 2012 I pulled the trigger on buying an early Devin that had originally been built on a 1953 Volkswagen chassis with a 356 Porsche engine.But that’s another story.  My passion for vintage car racing led to participating in the Panamericana race from 2005 to 2015 in my 1954 Lincoln Capri.

In 2008, while thumbing through a vintage race car magazine, I came across a car that just fascinated me off the bat.  The photo had the title of 1953 Atlas Ford.  It was a shot of the car racing in the Pacific Northwest. I cut the picture out of a magazine and put it in my folder of race car interests.

I immediately set out to find out more about the car, yet even scouring the Internet did not get me more information. After trying for about two months I gave up, yet always kept the picture in my folder and every time I would look at it I would get sentimental all over again. 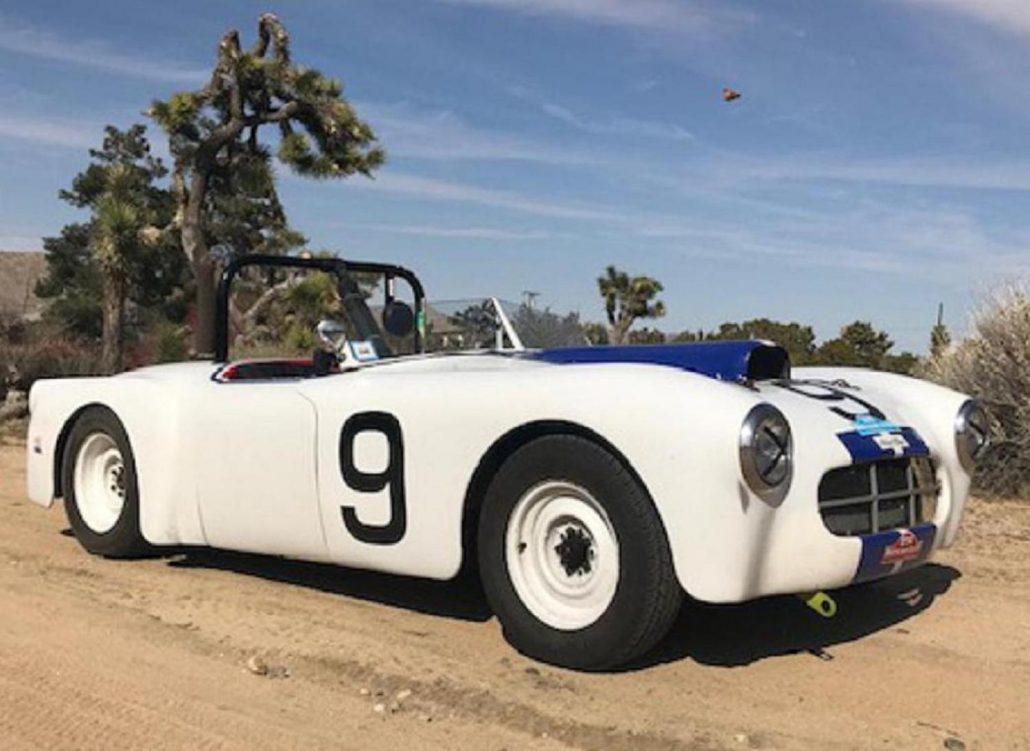 Then, in 2018, it happened.  Ten years after seeing the picture of the Atlas on a vintage racing car website and – lo and behold – I saw the car!  I couldn’t believe it!  I immediately reached out to the owner, Robert Duell, and over the course of several months we made a deal!  It turned out Robert had bought the car from Oregon and brought it to Georgia.

By the time I had seen the car and reached out to him,  Robert had been the owner of the car for about 10 years and was using it sparingly. He did raise the car several times at Watkins Glen and took it to local shows. Watkins Glen even celebrated the car with a poster of it going through the streets.  Even though he was still in love with the car it was time to let it go. 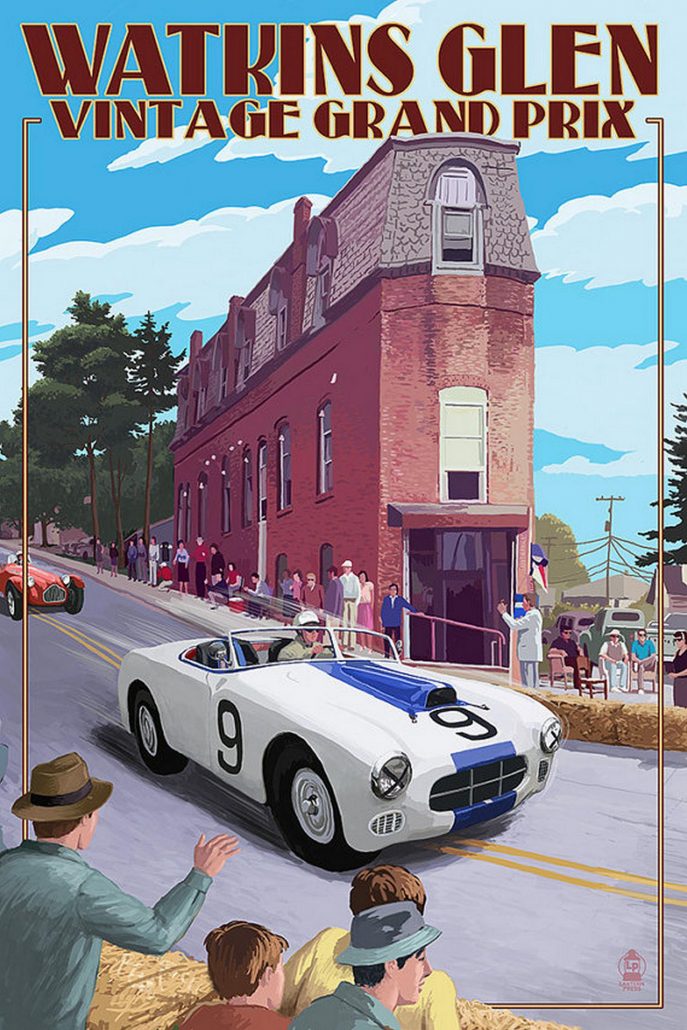 So the car finally made it to Southern California finally in my possession 10 years after I first came across it and had fallen in love with it.   This is when the fun started. I have been a fan of the Undiscovered Classics website for quite a while and was able to get in touch with Geoff.  He had just put in an article about the LeGene restoration that have been shown at the 2010 Amelia Island Concours d’Elegance. In that article he was also posting pictures of my car!  Here I thought I had an Atlas Ford, where in reality I was now the owner of a LaGene! 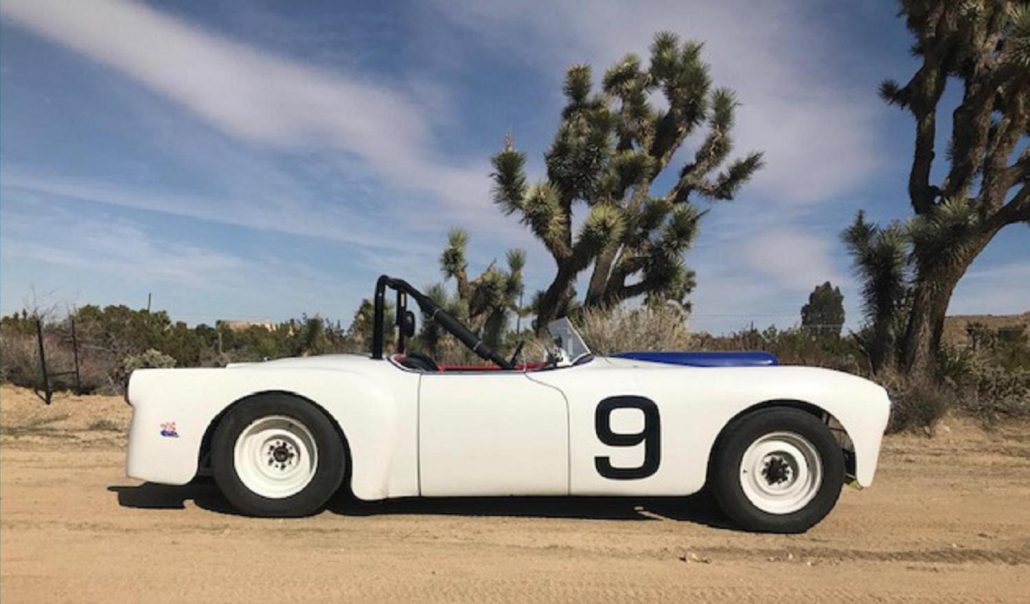 I want to thank Geoff for the amazing work that he’s doing in the research department about these rare, yet very significant, cars from the Southern California scene from the 1950s. It is a story of car development, automotive history, engineering feats and the men behind the scenes that contributed so much.

I am one lucky guy to own this particular car! 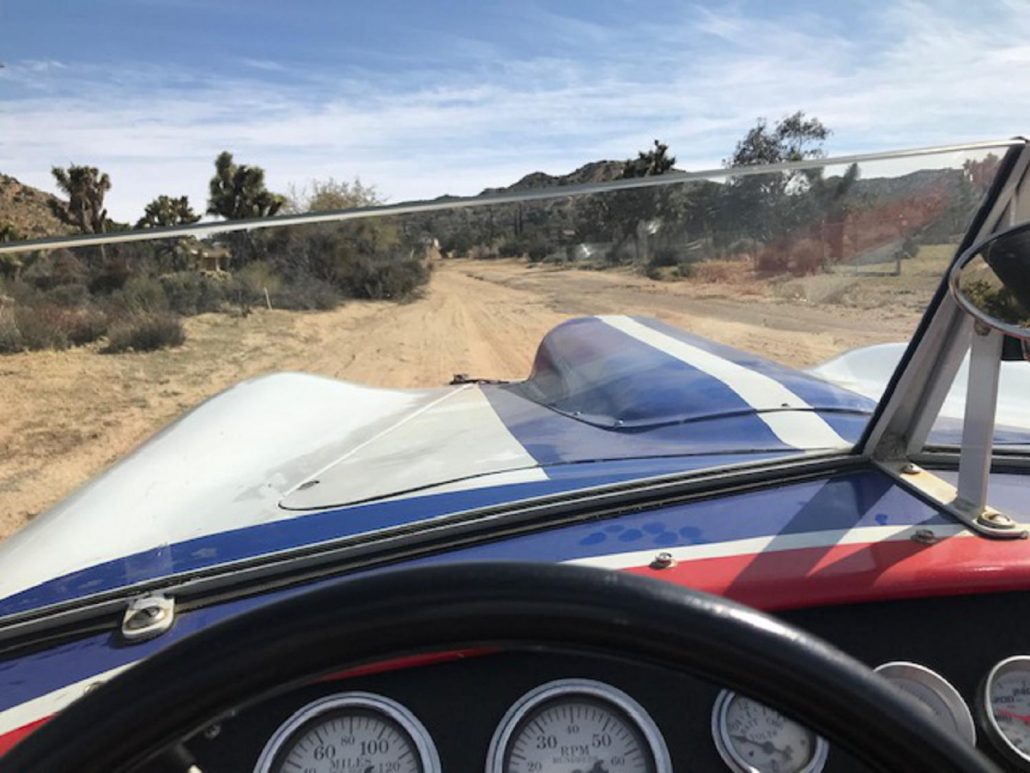 Great story by Christian and we very much appreciate his sharing the story with us so we can share it with you.  Since his car is back home in California, perhaps he can take the car to where it was born – San Bernardino, California.  The building where the car was built still exists and is still owned by the founding family who built this car.  In fact, he could recreate the photo below taken in front of the same building 60+ years ago today.

So Christian…you up for the challenge?  Let’s get a photo shoot going and I’m sure the Dodson family (Lee and Gene Dodson were responsible for the car) would be willing to help. 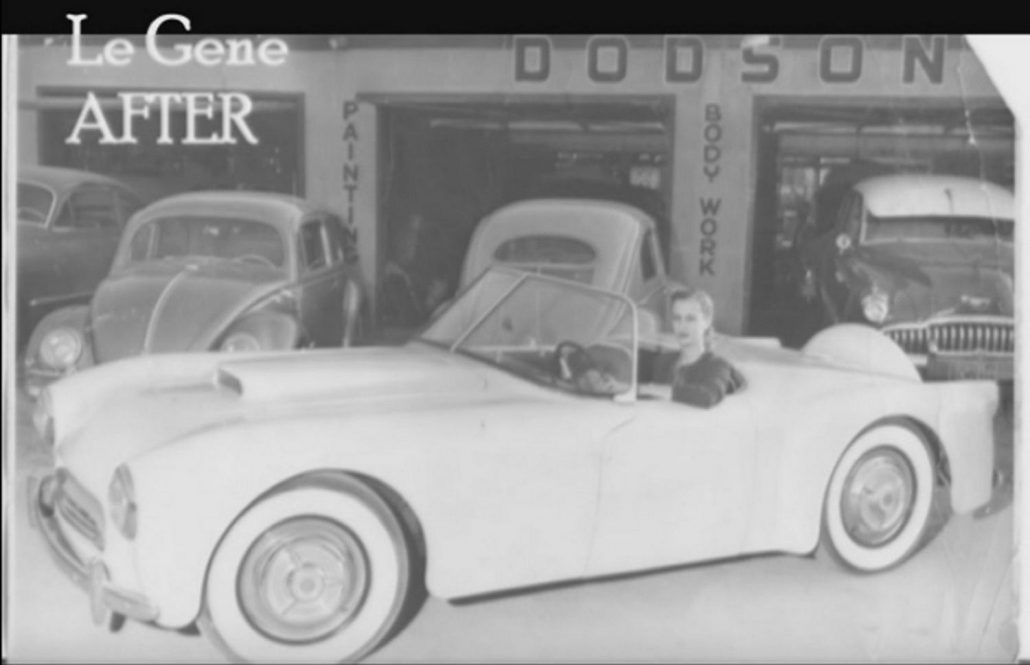 Here The First LeGene Roadster is Photographed in front of the Garage where all LeGene Sports Cars were built. Let’s get your car in front of this building for a photo or two Christian 🙂