I wish all research into fiberglass sports cars of the 1950’s was so easy.  Today’s story is like shooting fish in a barrel!  I’m sure it won’t happen again, so I have to savor every minute of it 🙂

The June-July 1958 issue of Auto Craftsman is superb.  Not only does it contain a Buyer’s Guide for fiberglass cars of the time (which I’ll share in the near future), it also features a two-page section on “Discontinued Models” which we’ll discuss today.

The only text run in this article was shown in the captions that described each car.  So as I’ve done with recent articles, I’ll feature the full size pictures in our story with the captions repeated below each picture to make it as easy to read as possible.

Something to chew on a bit gang 🙂

Hope you enjoy this added bit of “what was no longer available” as discussed in Auto Craftsman, June-July 1958.

Although the cars shown in this magazine were identified as “discontinued” in 1958 – that’s not an accurate depiction.  In almost every case, the cars mentioned were discontinued years early.  Let’s discuss each before you review the pictures and captions below:

And now…Ladies and Gentlecars…let’s see what Auto Craftsman had to say about “Discontinued Models” in June-July of 1958: 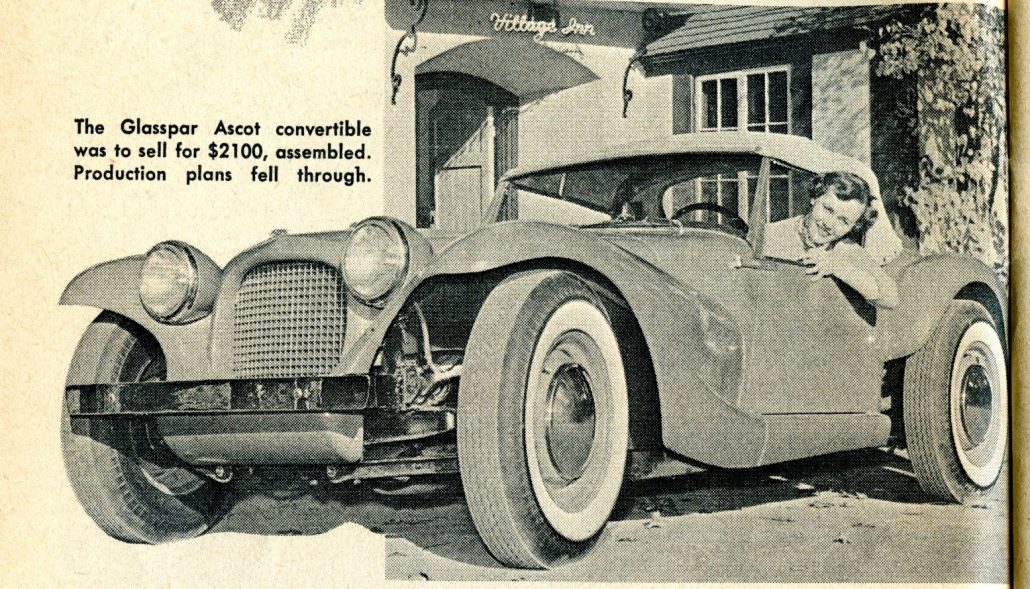 Caption: The Glasspar Ascot Convertible Was to Sell For $2100, Assembled. Production Plans Fell Through.

I love this picture of the Glasspar Ascot. I wonder who the woman is driving the car? It’s shown in front of a building with the neon sign “Village Inn”. Perhaps a restaurant? We have “Village Inn” restaurants here in Florida, and I think they may have started in California.

Caption: The Glasspar G2, Designed By Bill Tritt. Body Sold For $695 New. Not Now Being Made.

I’m not familiar with who built this Glasspar G2.  The top is custom made – or at least the side windows.  It reminds me of a G2 owned by Dennis Gerdes.  I’ll have to check with him to see if it might be the car he recently acquired. 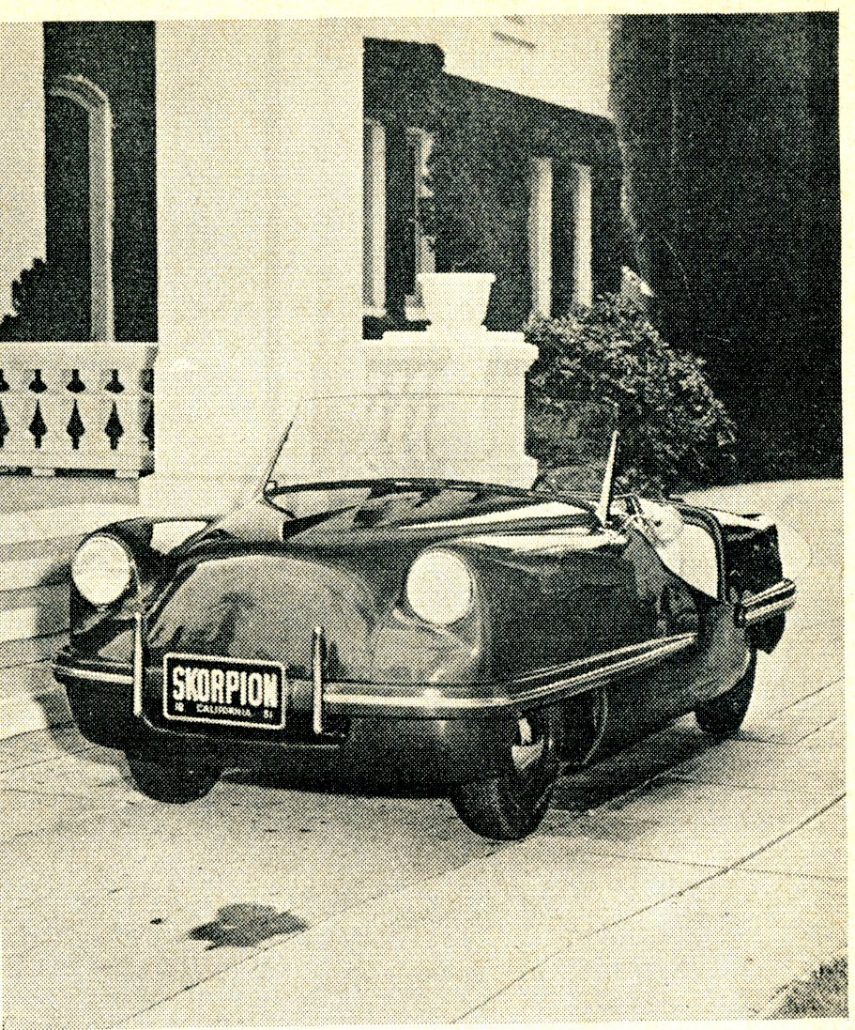 Caption: The Skorpion Was Produced in the Early 1950’s by Viking-Craft.

This was one of the initial “debut” pictures of the Skorpion.  We’re still trying to identify the location of the picture.  Nicely shown though!

Caption: The Vale Sports Was Built By Vale Wright, of Berkeley, California, For The MG Chassis. Cost: $650. Later Models Were Made For Renault.

This is one of the few – if only pictures I know of – showing the Vale Sports Car with the optional hard top from the front of the car.  It sure looks might pretty – and is a right hand drive car too! 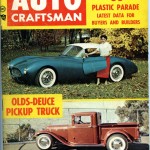 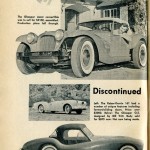 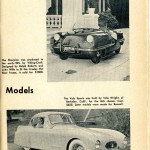 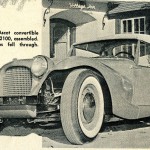 Caption: The Glasspar Ascot Convertible Was to Sell For $2100, Assembled. Production Plans Fell Through. 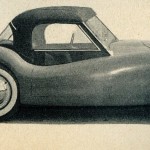 Caption: The Glasspar G2, Designed By Bill Tritt. Body Sold For $695 New. Not Now Being Made. 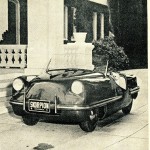 Caption: The Skorpion Was Produced in the Early 1950’s by Viking-Craft. 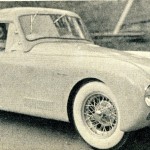 Caption: The Vale Sports Was Built By Vale Wright, of Berkeley, California, For The MG Chassis. Cost: $650. Later Models Were Made For Renault. 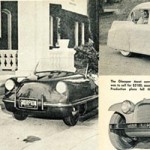