When we discuss Jim Byers cars we normally think of the car that John Bond, owner of Road & Track Magazine, called “the most beautiful sports car in the world.”  That is, the Byers SR-100 that graced the cover of Road & Track magazine back in February, 1957.  Not the case with today’s story…we’re talking “Byers CR 90” – a whole different animal.

Jim Byers built both SR 100 and CR 90 bodies – and a limited number of completed cars too.  By the way…”SR” stands for “sports roadster” and “CR” stands for “competition roadster” – terms both created by his friend and former partner Dick Jones of Meteor fame.

Byers also built custom bodies and we’ll discuss those in the future as well here at Forgotten Fiberglass.   But today’s story focuses on a recent acquisition by west coaster Erich Schultz – a recently found Byers CR 90 body.  The body was found in Southern Illinois by Forgotten Fiberglassateur Jim Walker, who passed the info on to myself who passed it on to others.

The Byers CR90 body recently arrived at Erich’s home in the Los Angeles, California area, and Erich was kind enough to send in some photos and share his thoughts on what he was able to historically determine after closely examining the CR 90 body.  Think of is as a crime scene “CSI” type of report by Erich Schultz.

The two photos below show the body as found before it arrived at Erich’s home. 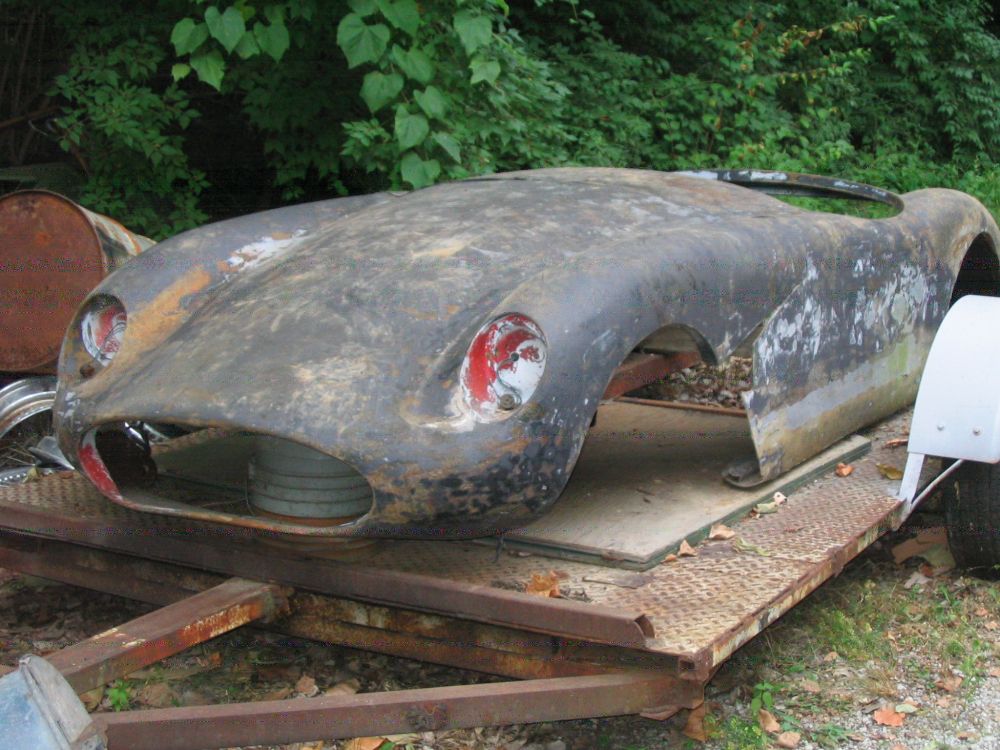 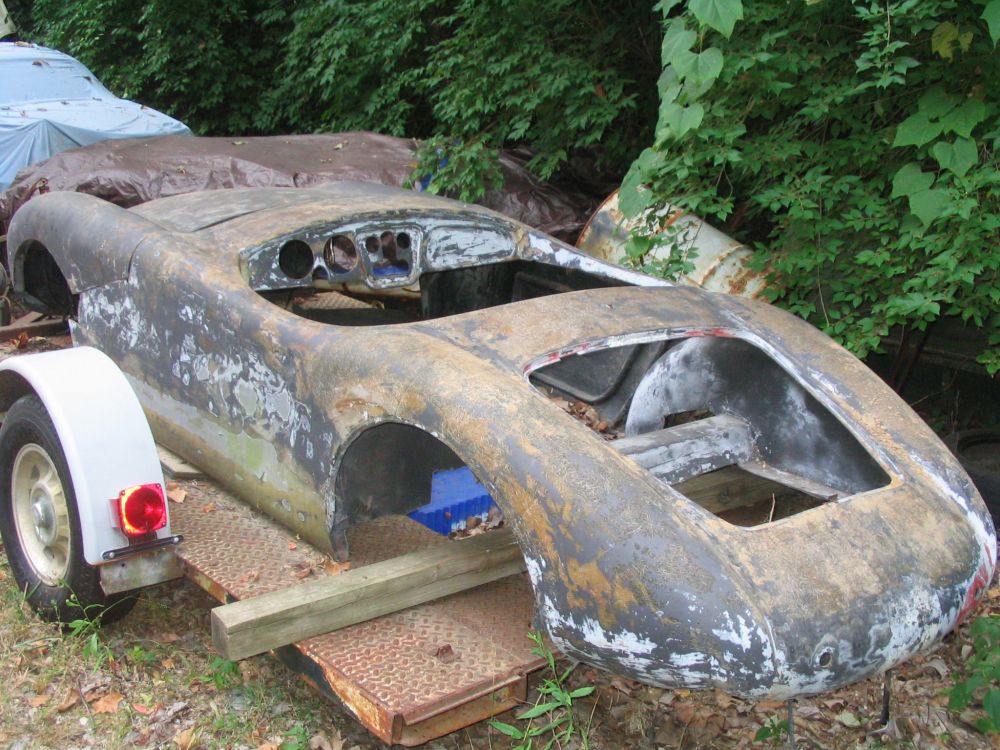 Let’s see what Erich had to say after he had a chance to review the body for detail on its history.

Recently I purchased a Byers CR90 that surfaced in Southern Illinois.  It just arrived at my shop in Pasadena, and I viewed it in person for the first time.  Here’s what I observed.

The front end of this particular CR90 has has been modified.  It has a flip up style hood like an E-Jag or TVR instead of the conventional style hood found on the stock CR90 body.  The body has been sanded mostly down to the glass, but remnants of the original paint remain. The car was originally painted red. It had a large white meatball on the hood and large white meatballs on the door area on both sides (the doors are not cut in). 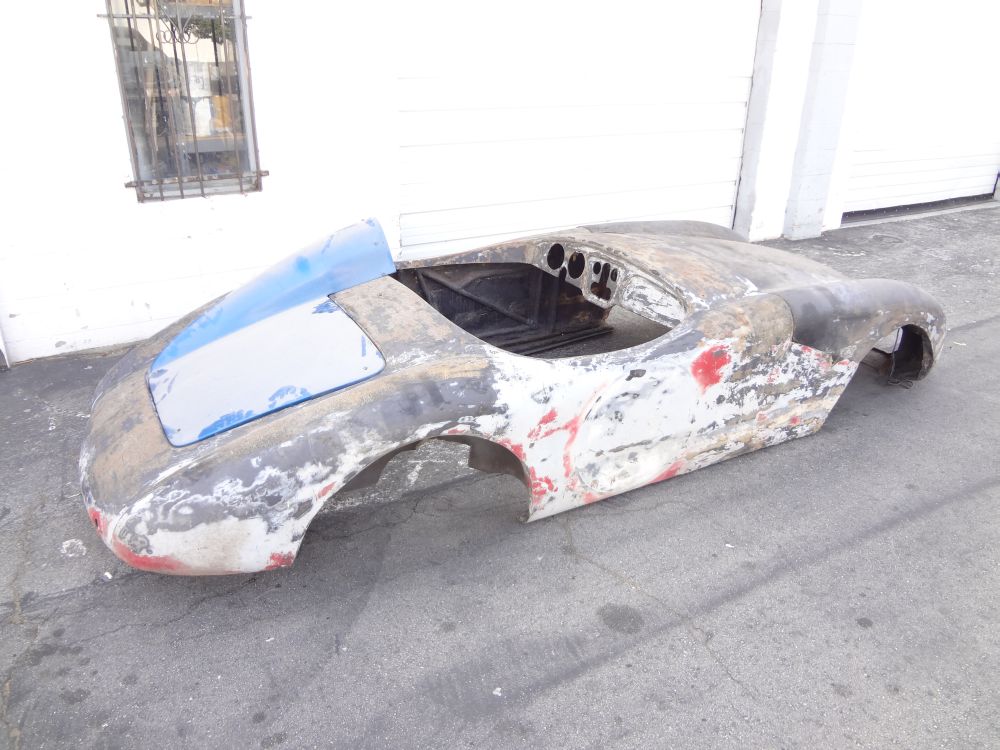 The meatball on the hood was 26″ in diameter and the meatballs on the doors were 20″ in diameter. The car also had a white racing stripe down the center. The stripe was 8″ wide.  I think the flip up hood, meatballs and racing stripe all provide conclusive evidence that this CR90 was a race car.  I also think that it should be easy to identify this car in vintage pictures from its unique hood and markings.   Hopefully someone reading this story will find a photo of the car in an old publication and help us to identify it.

I pulled some measurements from the car. As one would expect, the Byers CR90 has 90″ wheelbase, but the shape of the wheel arches will allow for a plus/minus 2″ difference in wheelbase.  I also measured a 48″ front track and 47″ rear track at the apex of the fenders.  An 88.1″ Triumph TR4 chassis with a 49″ front track and 48″ rear track would fit perfectly in the CR90.  In spite of the slightly shorter wheelbase of the Triumph, it would still appear as if the wheels are centered in the wheel arches.  This seems to me to me to be the ideal donor for a Byers CR 90. 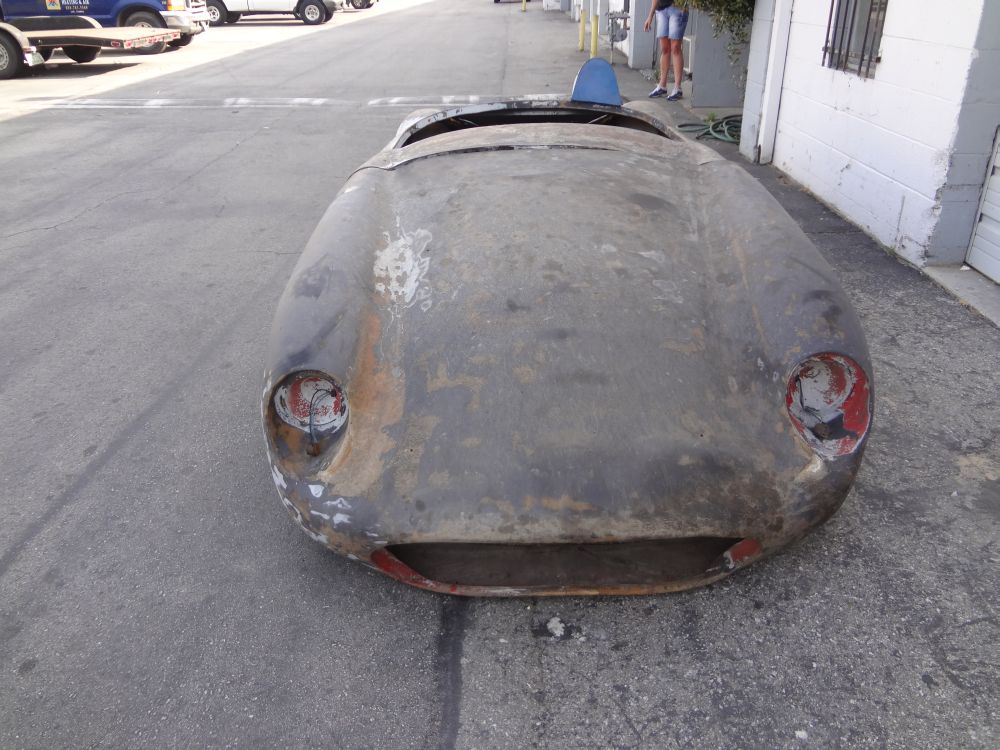 Furthermore, from the shape of the glass in the trunk area, I think this car may well have had a TR chassis.   However, MGTD, TF, and MGA chassis’ could all be adapted with only slight modifications to the CR90 body as well.  Additionally, a custom tubular chassis could be used.

We know that Jim Byers modified a Devin body to create the plug and mold for the CR90.  I have two Devin specials here as well and was able to make some side by side comparisons. Devins came in 26 different size configurations.  I have Devin “J” and “U” bodies with 92″ and 100″ wheel bases respectively.  Though the CR 90 is shorter than my Devin bodies, it is much deeper in section.   My Devin bodies are both 17″ tall from the bottom of the rocker to the top of the door. The Byers is 24″. 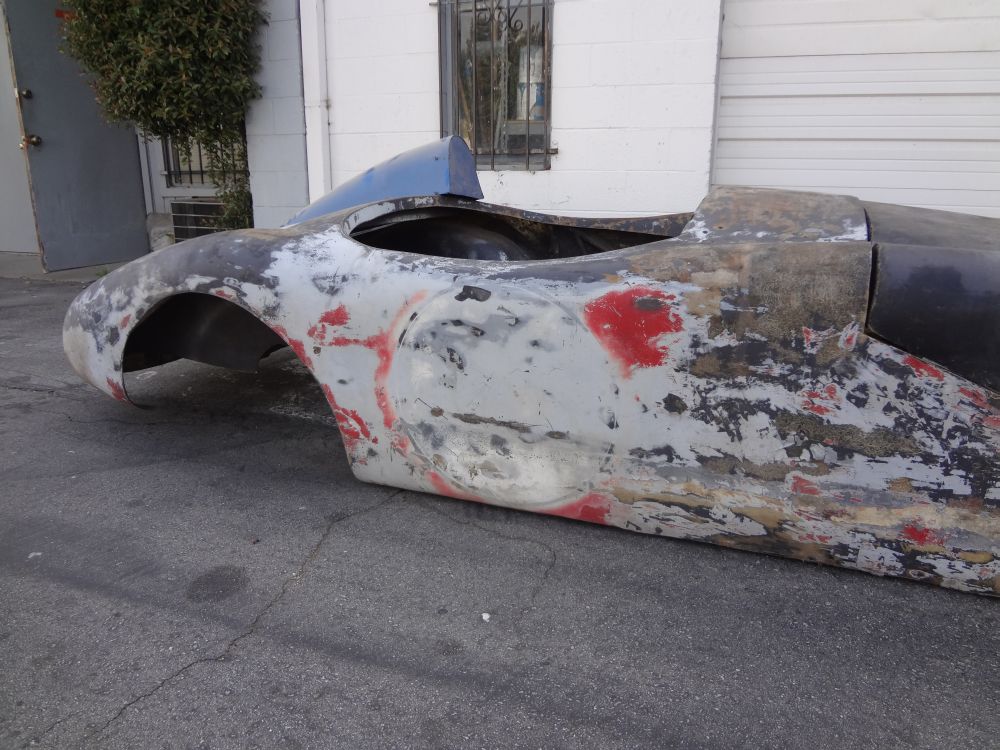 I sit mostly above the Devins, but I sit completely enclosed in the Byers. The nose of the Byers is both shorter in length and taller in section than the Devins, which have a somewhat flattened appearance due to being  adapted directly from the diminutive Italian Ermini.  My Byers body arrived missing the trunk lid. I tried fitting one of my Devin trunk lids. It was an exact match.

While I love the look of all the non “SS” Devin bodies, overall, I think the Byers CR 90 is even prettier. I think the changes Jim Byers made to the Devin when he adapted it into the CR 90 improved the overall proportions and the nose in particular. Jim also made the CR 90 better for packaging engines and drivers.

Great analysis Erich and thanks for sharing your thoughts.  It’s this kind of detail and comparison that will help us understand the differences between each of the car bodies and the advantages that some have over others.  Just the kind of story we love to see here at Forgotten Fiberglass 🙂 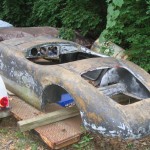 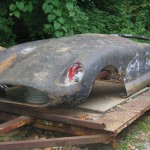 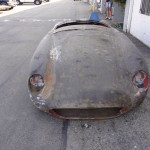 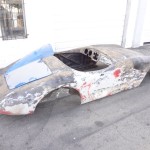 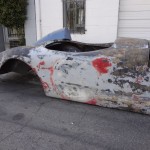 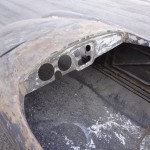 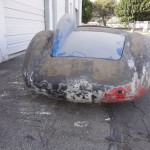 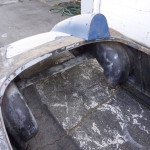